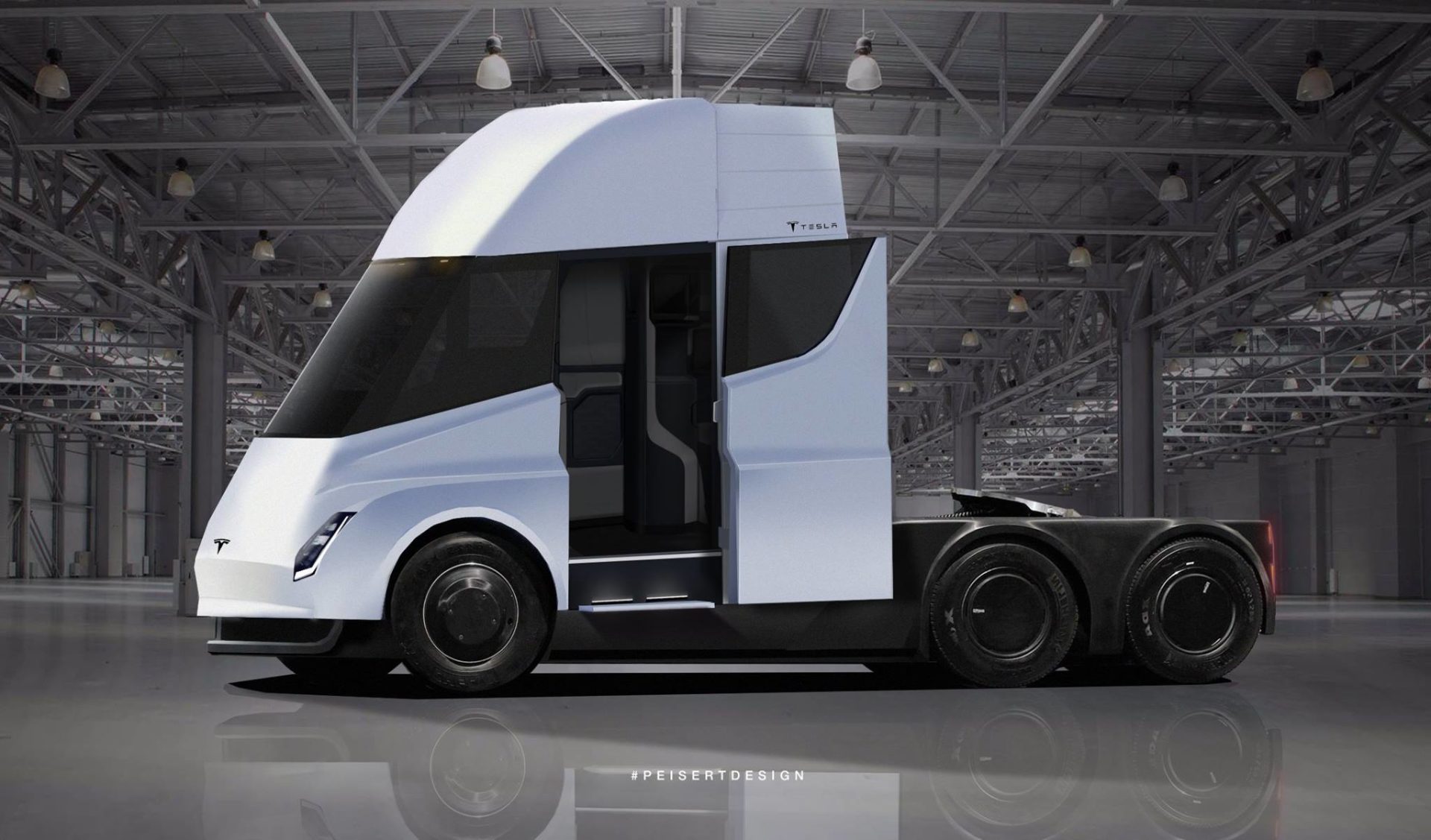 A new report says that the Tesla Semi electric big rig is just about ready to enter production. Yes, we’ve heard that several times before, but this report seems to be a bit more firm than previous announcements we’ve seen.

The information comes via Electrek, which has a history of pro-Tesla bias, but also tends to have good sources within the company. Its report says that “sources familiar with the matter” said that the drive axle production line is ready to go and that the general assembly line is going through final checks. Those checks are assumed to be the last steps before actual truck production starts.

The Tesla Semi was first revealed in 2017, a Class 8 tractor-trailer the company said would have an 80,000 lb capacity, and offer up to 810 km of range. The company also touted multiple cost of ownership superlatives.

At launch, production was to start in 2019 and came with several big-name reservations including from PepsiCo and Walmart. Since then, the start of production has been delayed repeatedly with various reasons given including a shortage of battery cells.

The report says that early production would be used by Tesla for its own operations, but the company is hiring service technicians and some reservation holders have said they expect to take delivery shortly.

Tesla Semi production will happen at Tesla’s Gigafactory Nevada, and the report says that the company will be able to build five per week by end of the year.

The plant currently assembles the Levante and the new Fiat 500. The Mirafiori plant will build Fiat, Maserati, and other EVs. Some might say...
Read more

Electrify Canada Launches Homestation, a Level 2 Charger For the Home

NHTSA Wants Tesla to Explain Why Vehicles Were Not Recalled

The recall would have involved Tesla’s Full Self Driving technology. A recent over-the-update for Autopilot was not accompanied by a formal recall. If...
Read more

The Lexus LX is based on the Toyota Land Cruiser It is powered by a 3.5L twin turbocharged V6 A F-Sport trim is...
Read more

The Ford F-Series tops among the most popular SUVs and trucks in the United States. Jeep Grand Cherokee and Toyota Highlander back in...
Read more
Previous articleDB11 Replacement Could be First Aston Martin EV: Report
Next articleLamborghini Has Built 15,000 Urus SUVs in Just Three Years

Most Popular Cars in the United States, Third Quarter of 2021

The Toyota Camry is tops among the most popular cars in the U.S. after the third quarter of 2021. Hyundai Sonata and Kia...
Read more
News