I’ve said it a few times over the last few years but Mazda’s brilliant. They’re brilliant because they truly want to share their passion for the automobile with everyone. They demonstrate this time and time again by allowing hack-wannabe auto critics like me to drive cars from their vintage collections.

To say that this is exceptional is an understatement. In all my years as an auto journalist, only the German automakers have been brave enough to hand over the keys to 20-, 30- and 40-year old cars to my kind. Between Volkswagen, Audi, Mercedes, and Porsche (I missed out on an opportunity with BMW), I’ve driven more than 30 vintage cars. Out of all the other OEMs, I was once offered the opportunity to drive a Ford Model T but never a C2 Corvette, a Fox-body Mustang, or a Daytona Turbo Z CS. I’d love to sample a 2nd gen Supra, a 300 ZX, or a Prelude 4WS but that’s not likely to happen either.

I did have the chance to drive the only left-hand drive RX-7 Spirit R in the world, many a mint NA Miata, an FC RX-7 Turbo, a Cosmo, a rare Mazdaspeed Miata and was promised a drive in a GLC, a 323 GTX, and perhaps even a Repu. Is all of this because Mazda is prouder of its heritage? Have they more confidence in their old cars? Are other carmakers ashamed of their Pinto, Vega, and Horizon?

In reality, there’s no need for me to review the fabled, legendary even, FD final generation Mazda RX-7. The car left an indelible mark on the high-performance car scene despite being offered and available for only three very short model years (93-95). 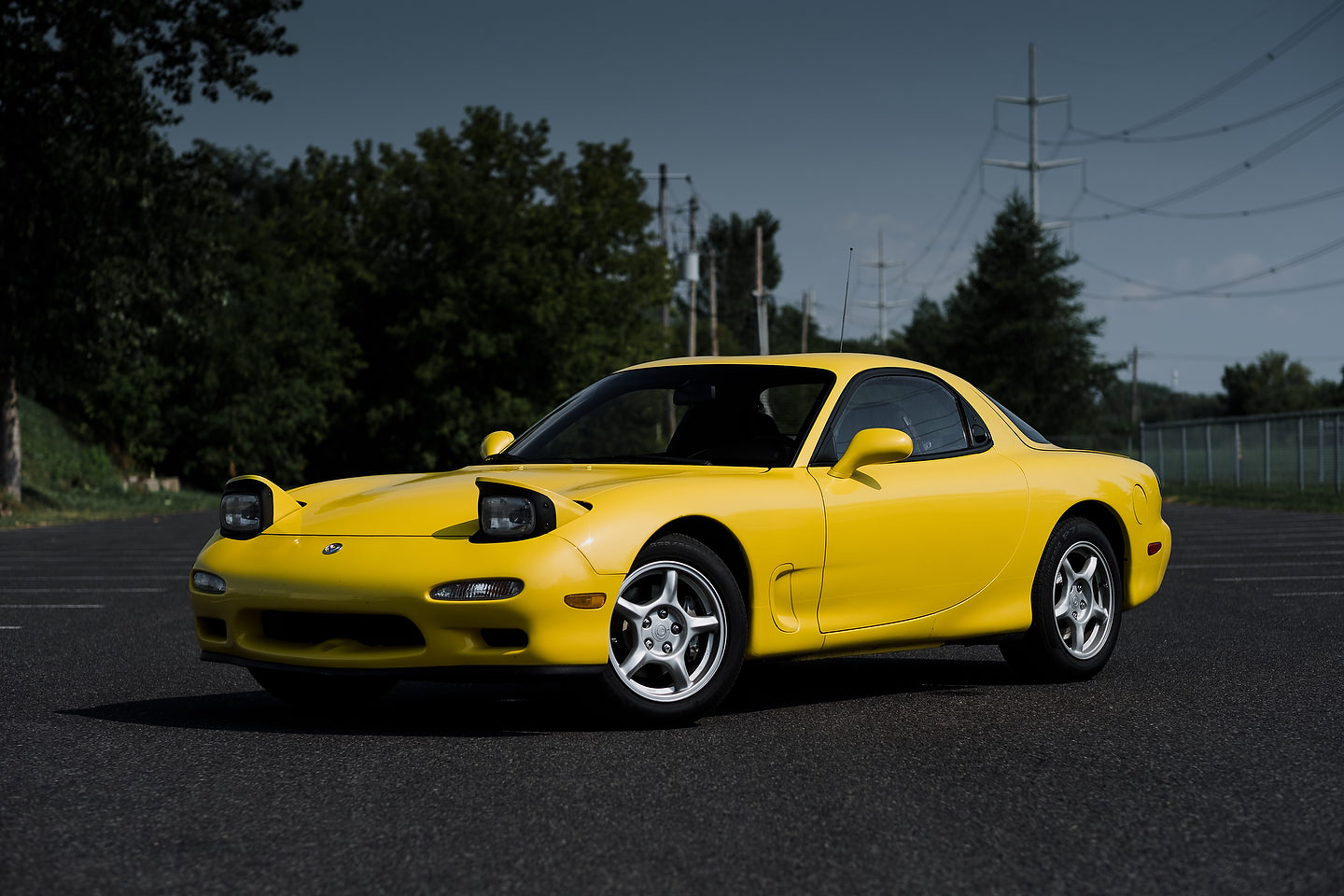 Between 1993 and 1995, you could walk into a Mazda dealership and order what is in my mind, and many others, the sexiest, most seductive, and yet understated-looking car built and sold by a Japanese carmaker in the last half-century. The sole car to come from the land of the rising sun that gives me more fizzes is the Toyota 2000GT. Well, the Nissan 240Z was sweet, and I’ve got a soft spot for the Honda S600 and S800. You know what I’m saying…

The cabin too was a work of art. Many car companies claim to build driver-focused cockpits but they’re just using fancy words to sound good in their marketing campaigns. The RX-7’s interior is all about the driver, with the passenger being no more than an accessory, or dead weight to carry about.

Mazda took care in crafting a dashboard that was as functional as possible, all the while delivering a high-end presentation. Simplicity and efficiency are lost in today’s cars as demonstrated by the FD – three rotary knobs and a few switches are all that is required to set the tone, the mood, and the temperature in the car. Oh, and that double-din audio head-unit is so rad, it’s awesome-rad!

Sliding aboard into the seats also serves as a reminder that perches need not look like they can hold you upside-down with their massive bolstering. These simple “highback” bucket seats, which are not highback at all, are just as comforting as my hand when my 2-year old son takes it. Straight ahead are some gorgeous chrome-bezel-ed analog gauges that I’m certain could and should make a comeback in the next generation RX-7 should it, and it better, come back.

It’s as special as you think

Now that the yammering is out of the way, if you’re my age and have legally held a driver’s license for a little over 25 years and have driven period-correct JDM cars, the RX-7 will immediately feel familiar. 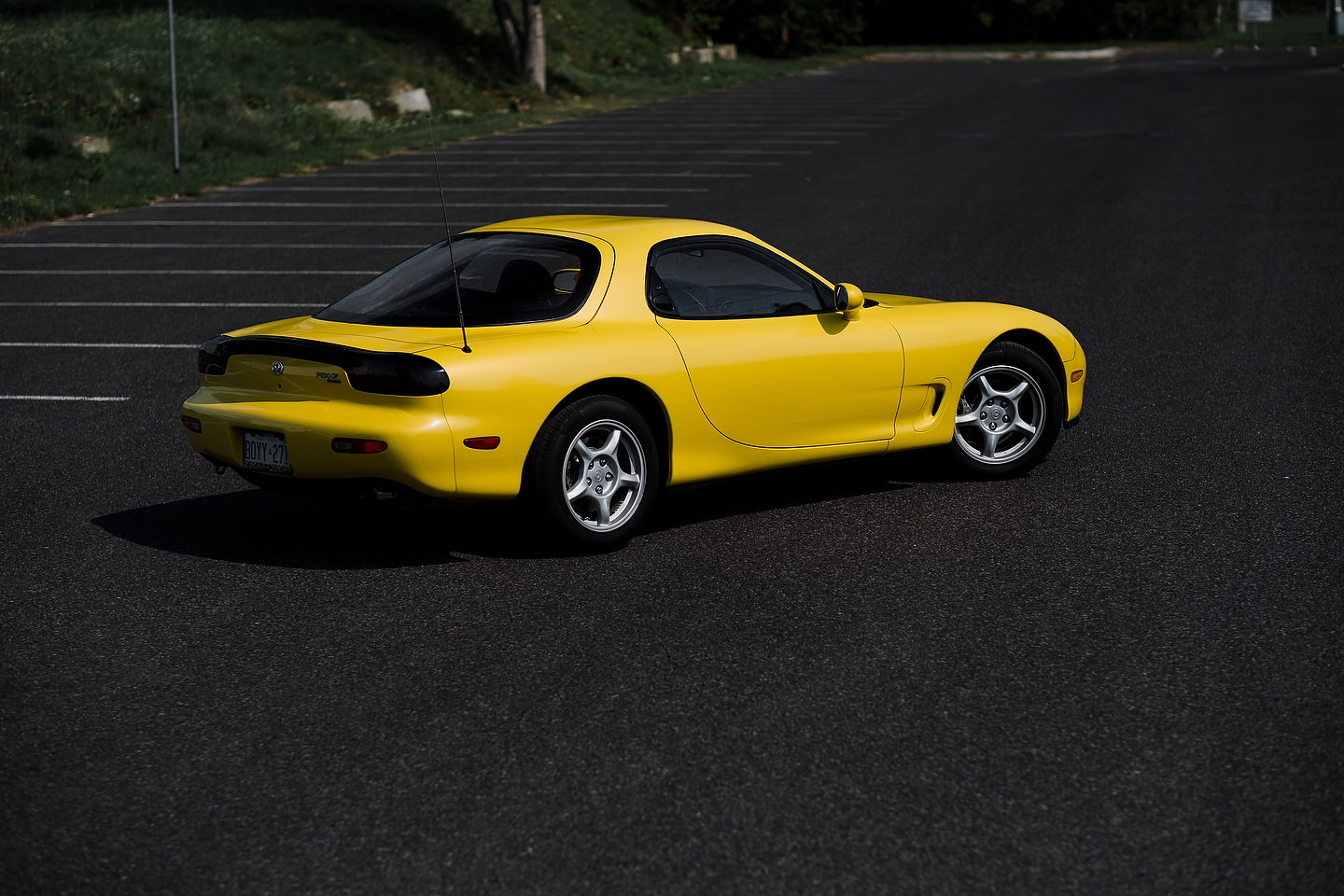 I’d driven a few FD RX-7 over the years and every time I am reminded what driving really means. Sadly, I scarcely ever drive my four 20th Century cars (1973/1985/1992/1997) so time behind the wheel of the RX-7 quickly turned precious. Precious because every emotion I feel, every action I take, and every milligram of data I send or retrieve are unfiltered. Nothing is digitized, very little is electronically modulated; it’s all real.

Cranking over the 13B-REW 1.3-litre twin-rotor twin-turbocharged engines takes a few delicious seconds. The sound the starter and rotors make is unique – I’ve not the necessary vocabulary to described the melody. Once running and the initial puff of blue smoke has dissipated, slotting the short shifter into 1st gear is all that stands in the way of euphoria.

This extreme state of happiness comes from re-discovering how faithfully fast this car still is. The best part comes up turbo #1 hands it off completely to turbo #2. Say what? Them brilliant engineers over at Mazda and Hitachi developed a highly complex sequential twin-turbocharging system. Turbo #1 built boost at low rpm all the while, turbo #2 would be fed some air to spool up slowly through a valve. Right around 4,500 rpm is when the change-over occurs accompanied by a brief dip in boost, only for it then kick in real hard. Think of it as VTEC with massive amounts of torque. 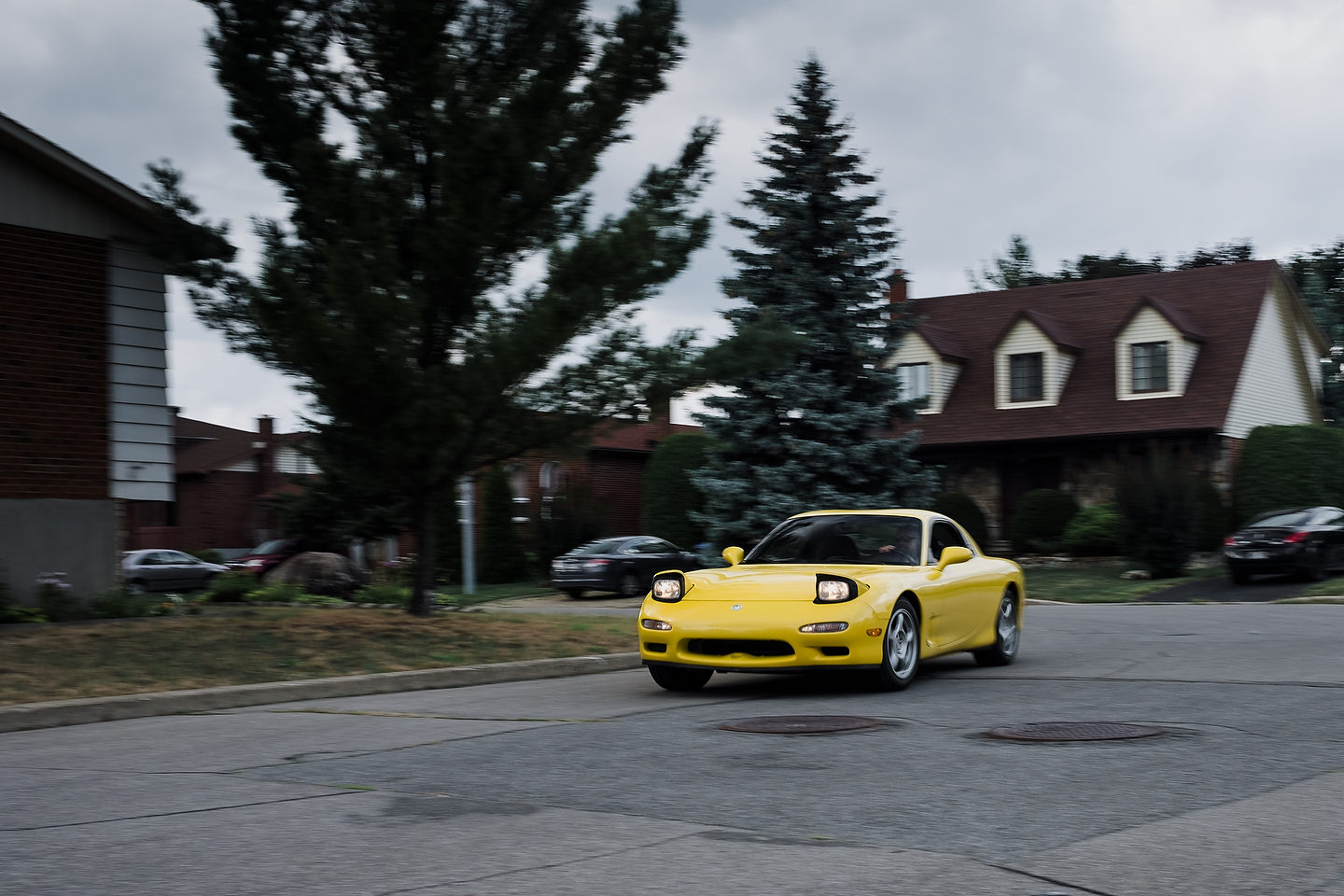 My Competition Yellow tester, a base non-Touring RX-7, retailed for $42,545 at the time. 25 years later, it had only covered 31,000 km, hard kilometers I might add. Still healthy and very well cared for, this RX-7 handled just as well I could have hoped for. The only rule I stored in mind was keeping the nose pointed straight if my right foot was headed for the firewall. I wanted to avoid starring in a meme with the words: “Rotary turbo VTEC kicked in yo”, if you know what I mean…

The FD sports both a front and rear double-wishbone suspension setup which keeps the wheels in firm contact with the road at all times. I was expecting less compliance from the dampers but impressively, the ride quality was very good. The engine’s location, aft of the front axle, and the perfect 50/50 weight distribution make for a car that is predictable to drive near the limit, so long as you are ready for the imminent jump in power.

There’s much more to say about this 90s automotive gem. For once, I’d suggest you watch my video to get more of the feels of what it’s like being around the car, and more importantly, driving it.

Once you’re done, and curious to find out more about the RX-7, here’s a really well-done video on Mazda’s sports car and its evolution.

This update will be similar to the one made to the Model X and the Model S in 2021. The interior is expected...
Read more
Previous article2019 Hyundai Elantra Preview
Next article2018 Porsche Panamera Turbo S E-Hybrid Review