I’ve now had the absolute privilege to drive and return (in one piece I might add) my fourth McLaren car in three years. These experiences have lead me to conclude that, with the exception of Porsche, all other hyper-exclusive supercar brands are in trouble. They may not be in the short term, but in the medium and long term, McLaren’s dedication to performance, efficiency and its approachable nature will negatively impact other established brands.

It may sound obvious but I love heading out to pick up a McLaren test car. But it’s not all about the cars. The folks that work at and with McLaren are exceptional in the sense that they don’t make me feel like an outcast, or someone that doesn’t belong (‘cause I clearly don’t) in the showroom. On top of that, like the folks at Porsche, they’re true car guys and gals. I love talking with them.

Don’t be confused, this is a review on the 2018 McLaren 720S. Sometimes, the people behind the cars deserve as much praise as their product does. And so, without further ado, allow me to confirm what you all already know: the 720S is blisteringly fast. 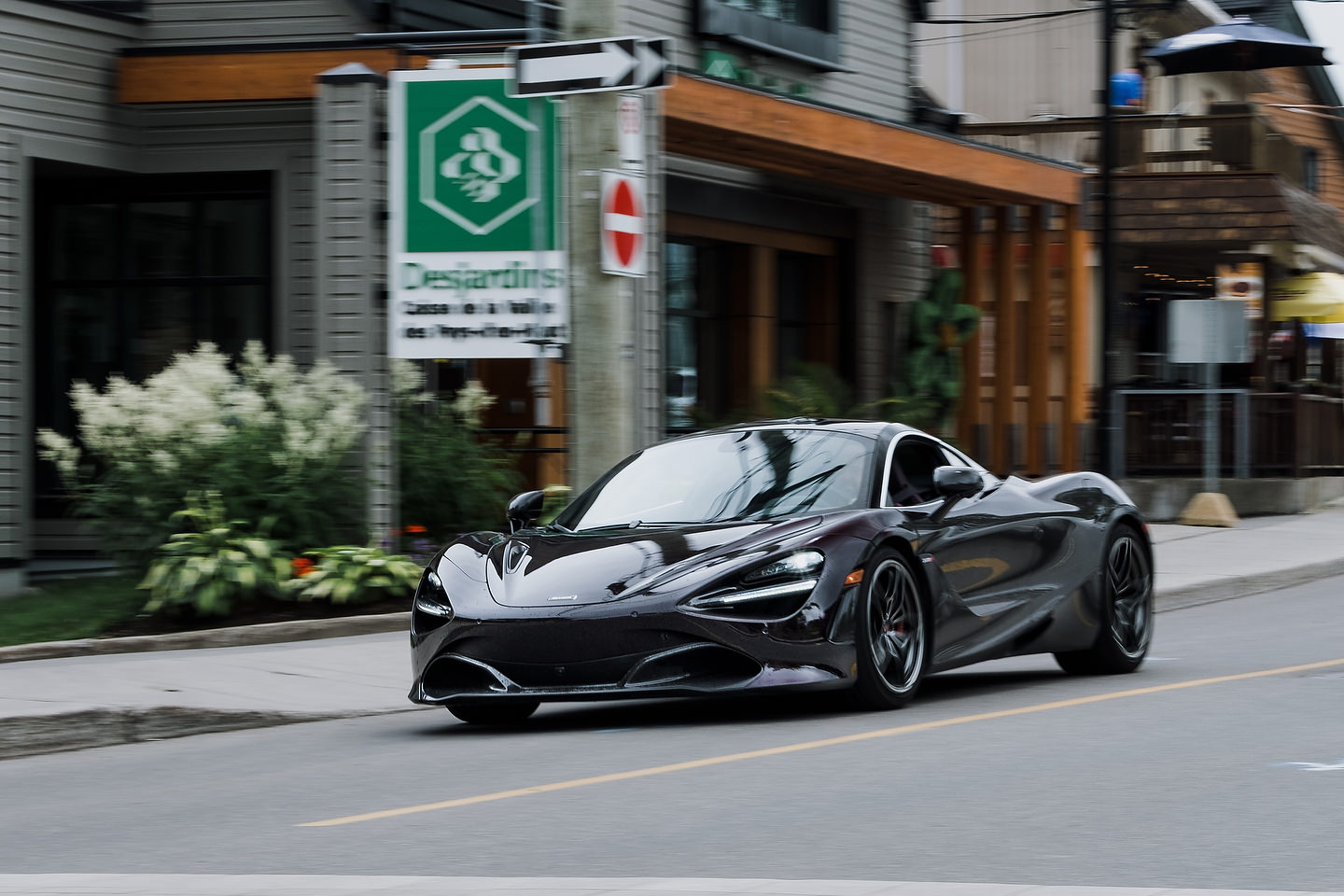 While I did not launch the car for fear of ending up 35 feet off the ground in a tree, I did mash the throttle on a long, straight and empty country road from about 50 km/h. When I came to, I’d handily nearly tripled my pre-go-pedal throw-down speed. I’ve experienced similar physical retina-detaching acceleration in a Porsche 911 GT2 RS but in simple terms, it felt very different.

The Porsche sent me back in time, as I noted in my story, when I merged onto the Autobahn and was somewhat disappointed with the experience. To my great surprise, the 720S is more primeval and angrier. With the McLaren, a milestone occurred at every RPM; there were noises, shaking, kicks and punches while the GT2 RS sent me flying at max speed instantaneously like some medieval trebuchet from Hell. 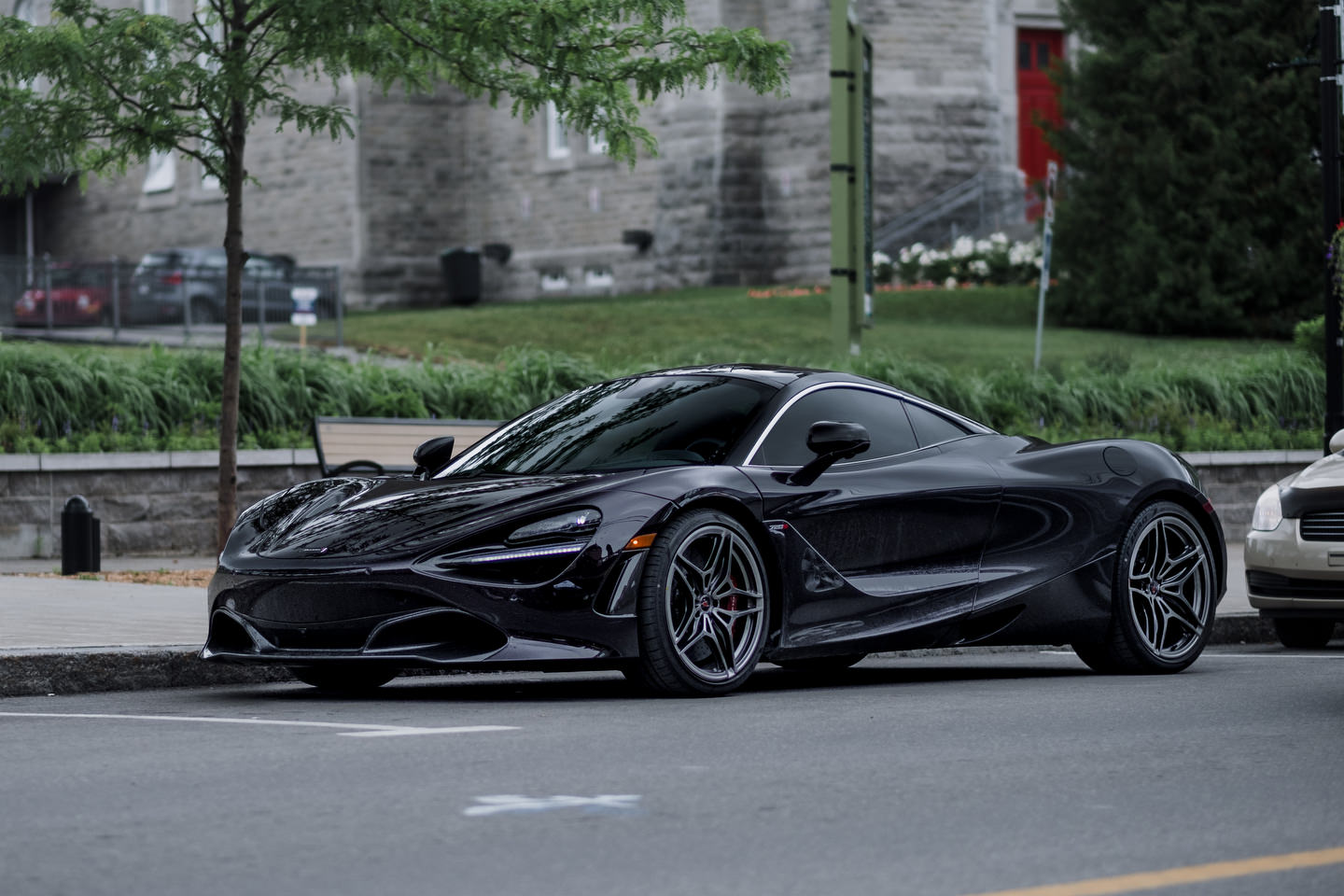 I would have loved to drive them back to back and in similar conditions to try and get a better sense of the speed difference between the two. I had a plan to do so last spring but it sadly fell apart. I did punch the McLaren 720S frequently but I was never able to hold the throttle down as long as I did in the Porsche. Believe me you that when the V8 reaches its 8,5000 rpm in 3rd gear, the fear of impending death sets in.

The standard ceramic brakes require a brief period of adjustment as pedal response initially feels delayed. As well, after a prolonged period on the highway, coming down hard on the binders results in a frightful moment of nothingness before my eye balls pop out of skull. This, after having just reattached my retinas… 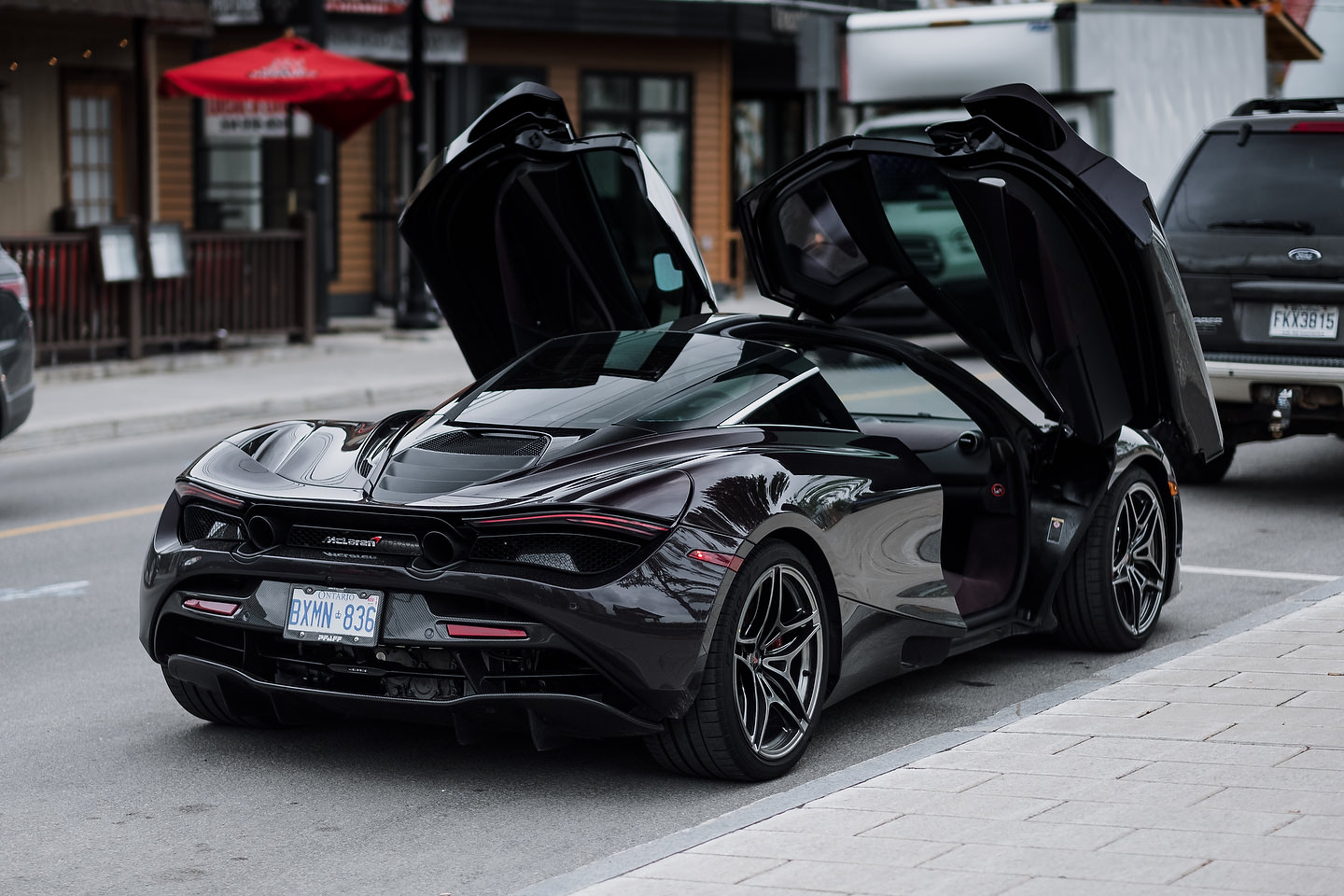 Of the many incredible elements about the 720S, the drivetrain may be the most notable. The rear open differential, equipped with Brake Steer, seamlessly managed the Tsunami of power no matter how much of it is flowing, and the direction in which the front wheels are pointing. I’ve experienced brake-biased torque vectoring on many vehicles but never one that felt as mechanical, or as invisible. Despite the insane amount of power, the rear-end provides traction, aided by the massive 305/30R20 rear Pirelli tires, that feels on par with AWD cars. So brilliant is brake steer that the extra hardware required for the front axle to make the 720S AWD would turn out to be nothing more than a burden.

The McLaren’s building block is a carbon fibre monocoque chassis. More precisely, the MonoCage II, first introduced with the P1, is a one-piece carbon fibre tub that, in the 720S, now includes the roof. I’ve no need to explain the advantages of such a structure and how it allows the double wishbone suspension, with adaptive dampers and Proactive Chassis Control II, to do its job. The latter, along with the dampers, imbues the 720S with a skill set reserved only for the most sophisticated supercars in the world. This Super Series McLaren’s breadth of abilities begins at 9 and goes all the way to 20, out of 10. There is no masking however this car’s true nature and raison d’être. 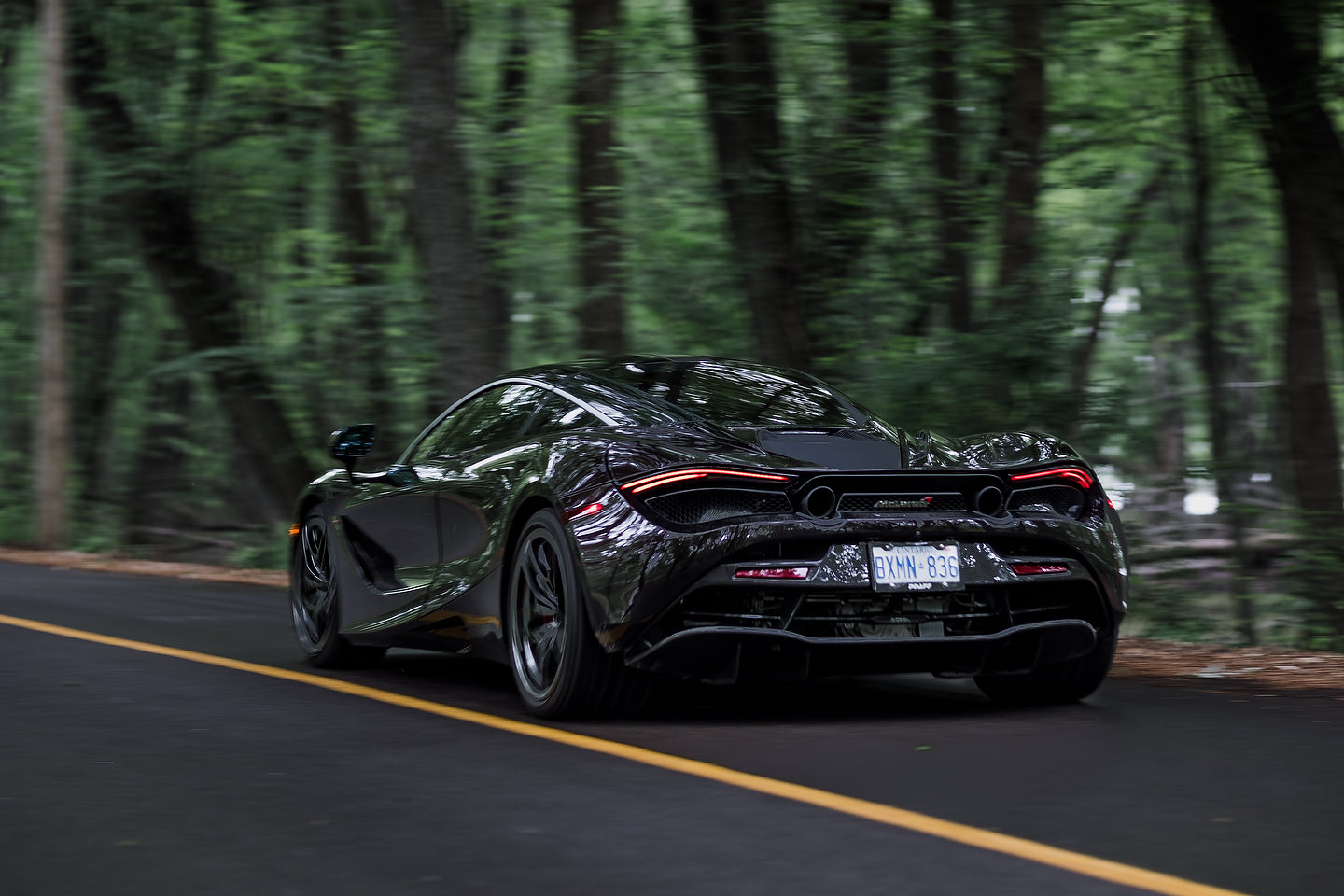 Unlike the Sport Series and my favorite McLaren, the 570S, one can never fully relax behind the wheel of the 720S. Cruising through a school zone is very possible but there’s a constant swarm of activities surrounding the engine bay and the cabin that keeps the senses on alert. This reminded me of the Lamborghini Huracán and an Audi R8 V10+. Contrary to these two and the 720S, the 570S can be as docile as a newborn kitten or as rowdy as a 2 ½ year old exercising his or her right to throw a giant fit.

I cannot aptly describe to you how this car handles. No matter what I threw at it and the speed, I’d chicken out first while the McLaren had probably not even registered what was going on. Steering is immensely precise and becomes down-right dart-y when the Active Dynamics Panel is activated and positioned in Track. In Normal, the weight is perfectly adjusted for daily usability.

An integral part of the 720S’ user-friendliness are the twin-hinged dihedral doors. They permit relatively painless and elegant ingress and egress. They are also the show-stopper, the show-piece, the pieces that will make all others envious. Once aboard, the cabin is luxurious, beautifully crafted and unexpectedly comfortable.

And what do I really mean about trouble? While I was waiting to take delivery of my Quartz Launch Edition 2018 McLaren 720S, a young boy and his grandfather walked into the store. A representative, knowing full well they weren’t shopping for a car, still allowed the boy to sit in a 570S and answered a number of questions he had.

Both midsize pickups share the same platform and mechanical elements. The Chevrolet is the only one to offer 2WD and a Work Truck...
Read more
Previous article2018 Mercedes-Benz E-Class Coupe Review
Next articleNew Toyota Supra to get 4- and 6-cylinder engines