Not once in my career have I been excited about a Toyota Camry. Heck, even the Corolla managed to get me a little excited when Toyota introduced the XRS with its 170-horsepower 6,000 rpm Celica-sourced mill and 6-speed manual. Even the subsequent S with the Camry’s 2.4-litre was almost, um, amusing. But the Camry? Nope. Well, maybe a 2002 SE for its alloy wheels and spoiler…

Prior to taking on the role of an auto critic, the Camry had managed to generate a minor dose of fizz thanks to its 1994-96 V6 Coupe with a manual gearbox and the same-generation uber-ugly-but-damn-cool wagon. It’ll have taken Toyota more than 20 years to get me back on the Camry bandwagon. In the meantime, millions of y’all bought some but this is my show, and I’ll be obnoxious if I want to.

Before you pick up your rotary phone to call the local TV news channel, know that only one version of the Camry gets the praise and it’s not the V6, or any sporty “S” trims. No, the Hybrid is the only one deserving of my love.

For the 2018 model year and more than ever, Toyota’s divided the more pedestrian “L” trim cars from the sportier “S” versions. Right away, I can tell you that neither are attractive; only one is less ugly that the other. 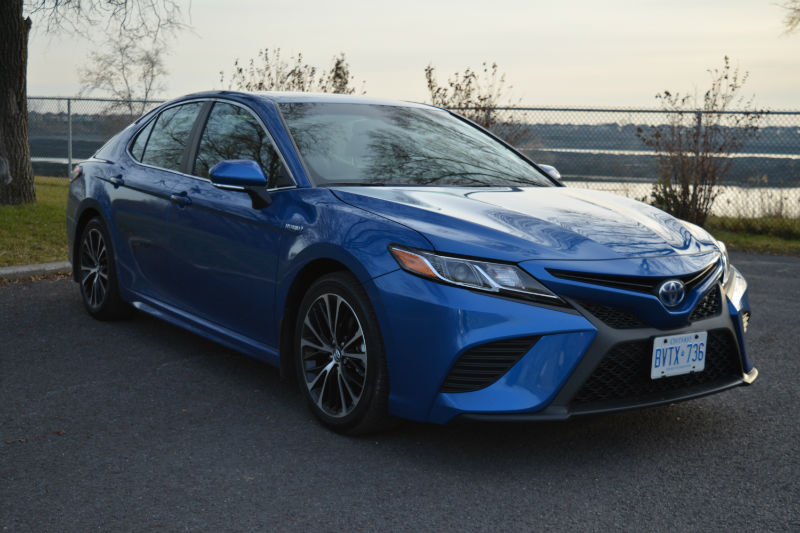 My money goes on the slightly more conventional “L” cars that are spared the oversized “X” grille. The “L” fish-gill grille is, well, that… The Hybrid can now be dressed up in either trim but once more, I think the “L” is the better option. Toyota’s tried a number of times to differentiate the sportier versions (Solara, anyone?) but the results are never conclusive. This is a Camry after all.

The cabin suffers the same overzealous attempt by Toyota to be different. Toyota has the distinct advantage of being Toyota and because of that, they think they can pretty much anything unattractive or otherwise, and get away with it.

Well, they do. I’m not going to lie and say that the three-ish sided HVAC/HMI/entertainment is innovative or attractive but it works. Generally speaking, the ergonomics are good and the SE’s screen is functional. However, the heated seat controls are oddly positioned and equally odd-looking.

I’d love for a more traditional approach to the Camry. It, and its hordes of buyers, deserve it.

The Camry Hybrid suffers not trunk-volume envy syndrome. Because it’s wisely not a plug-in, it maintains its full 427-litre boot volume. The cabin itself is huge. And I mean big enough for the entire family, including the in-laws. 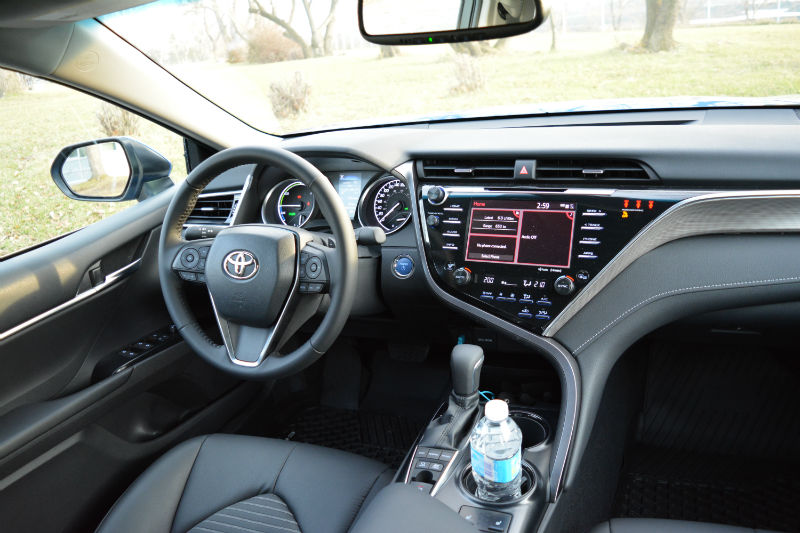 The rear bench is enormous enough for three adults to sit side by side. The cushion is comfortable even for the middle occupant. The SE’s cloth/leatherette front perches are supple yet supportive enough to also be very comfortable. The driving position is good as is overall visibility. There are plenty of cubby holes, bins and areas to empty pockets into.

A base L Camry retails for $26,390. And it’s boring. Loaded V6 editions are $40k give or take a few bucks and are pointless. The winning Camry is the Hybrid, and I do mean it when I say it is the only Camry to consider.

At $31,290, the Hybrid LE is but $1,000 more than a Prius Technology and $500 more that the Touring. The Prius’ only advantage comes from its trunk size. All other points go to the Camry, including fuel consumption! On paper, the extra 0.5L/100km the Camry will supposedly consume over 100km is less than negligible. The midsize sedan is more comfortable, a better drive and way classier.

For $31k, the Hybrid LE is equipped with 17” alloys, Toyota’s Entune 3.0 Audio with 6-speakers, 7” screen, Bluetooth, and backup camera, the various drive modes and heated front seats. The tested Hybrid SE sports a $33,990 price tag and adds some aero, the 18” wheels, the leatherette seat covers, and wireless phone charging. All of these cars feature Toyota’s Safety Sense with pre-collision, pedestrian detection, lane-departure assist and more.

Given how good the Camry Hybrid is, I can imagine a future where Toyota’s Hybrid Synergy Drive (HSD) powertrain will be the only one on offer. The HSD is comprised of an Atkinson cycle 2.5-litre 4-cylinder engine and an electric motor. Total system output is of 208 horsepower and all of it travels to the front wheels through an electronically controlled Continuously Variable Transmission (ECVT). The words you just read do not do the car any justice. 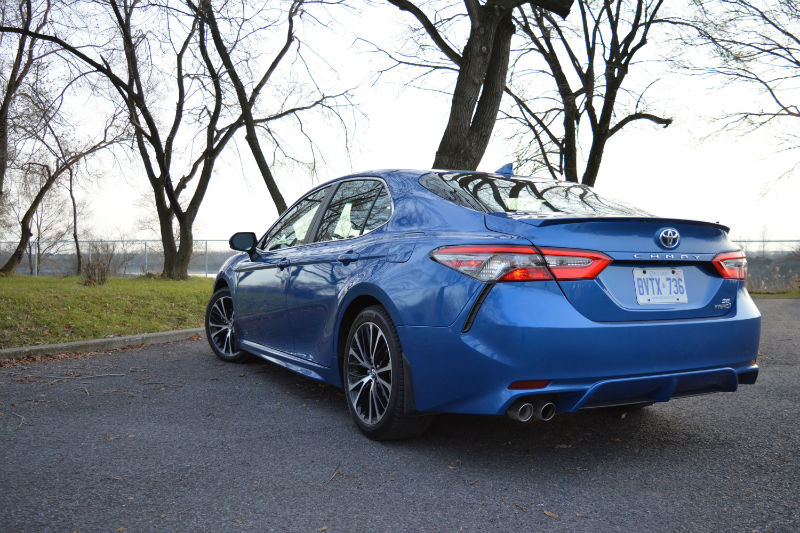 I know I sound like I’m preaching but if you’re the market for a midsize sedan, you owe it to yourself to sample this thing. Throttle response varies depending on the drive mode (Eco, Normal, Sport and EV). Normal’s the go-to option but Sport is entertaining. A solidly planted right foot gets the Hybrid to 100 km/h in a tad over 8 seconds. Trick is it feels much faster because of the HSD’s low-end torque.

The electric power steering returns little to no sense of what the tires are doing but the wheel’s weight is good. The ride is excellent although I prefer the LE and XLE’s non-sport-tuned dampers that are standard in the SE. The Camry brakes are strong and accomplish a regenerating task but it is barely noticeable in the car.

The 2018 Toyota Camry Hybrid is compelling to drive and easy on gas. I suppose one cannot discuss personal tastes so if we remove that from the equation, and consider the price, this might be one of the best all-around cars on the market. Should Toyota ever decide to make this thing AWD (at the expense of a little more fuel), I might have to consider one.

How’s that for being excited?