Advice Salesman Secrets: 3 Tips to Negotiate the Price of Your New Car

Salesman Secrets: 3 Tips to Negotiate the Price of Your New Car 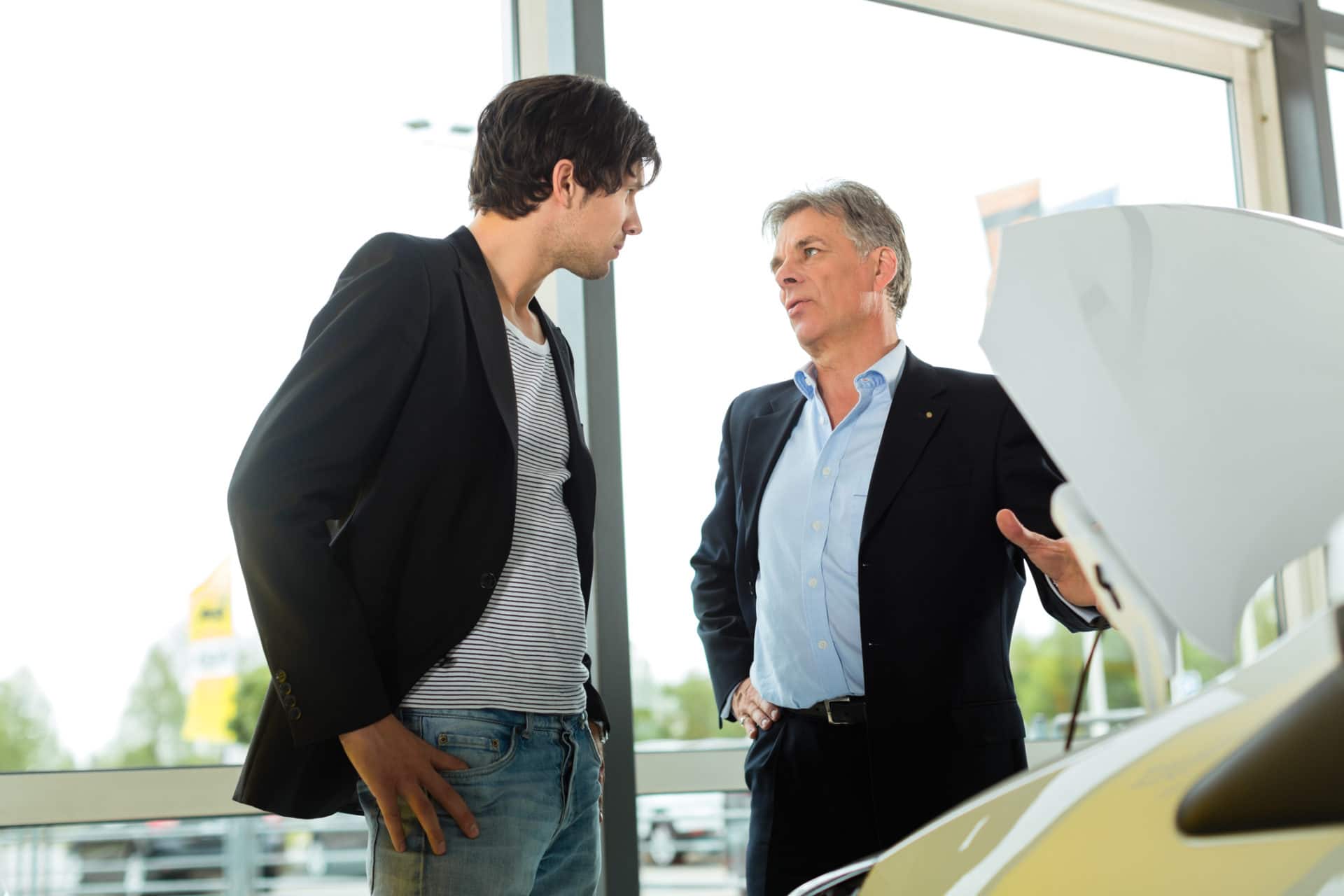 There’s a bit of an intro here. If you do not care about my little story and just want to know the 3 tips to negotiate the price of a new car, skip the next 5 or 6 paragraphs.

I’ll always remember the first car I sold. It was a 2010 Volvo S80 and I got it off the lot at the end of my very first week as a car salesman. I don’t know if that’s the correct term, but that’s what I called myself.

I was a student at the time, well into my Finance degree, and I had managed to snag a pretty decent student job as a rep at a Volvo dealership 20 minutes from campus. The other salesman had their doubts, but the owner was adamant that a University student would help sell cars by connecting with the typical Volvo buyer.

Back to that S80. It was a fully-loaded T6 with a $65,000 price tag, a weird brown color with a bright beige interior that was dangerously close to being full-blown white. In other words, it wasn’t exactly a hot-ticket item. It had been sitting in the dealership for nearly 6 months and the owner was already thinking of firing the person who had ordered the car.

You have to remember that Volvo wasn’t the company it is today eight years ago. The S60 was in limbo, the XC60 was just arriving and the XC90 had been on the market since 2004. You had to really be careful how you spec’d the cars you ordered, or you could be stuck with a bright orange C30 for years. Or a brown S80.

I guess I just got lucky. The eventual buyer came in with a 2002 S80 and was looking to upgrade. When his wife saw the heated rear seats, the deal was done.

We went into the office and I’ll always remember how he asked for a post-it note and a pen, then wrote down his “final offer” before we even talked about wiggling with the price. All included, the price came to $70,340. He wrote $70,000 on the post-it. We shook hands and I had my first sale.

I made about $1,000 on that sale. My commission was 20 percent. In other words, we had a profit margin of over $5,000 on that S80. Although I’m grateful for my first client and will always be thankful, I can’t help but remember how he could have gotten a much better deal had we pushed a little bit.

With that in mind, let’s look at a few negotiation tips you can use to lower the price of your next new car.

When you shop matters

The first thing I want to mention before getting into all of this is that negotiation isn’t a right, it’s a privilege. That may sound a bit extreme, but it’s true. Not all cars can be negotiated, and the leeway dealers have will depend on a host of factors including the car’s popularity and how new it is on the market.

If you shop towards the end of the month, or the end of the year, you’re more likely to deal with a dealer or rep that wants to reach a certain sales number. That’s the perfect situation to get a better deal and a lower price.

Go for the cars no one wants

My first client doesn’t know this, but we probably would have shaved off at least $3,000 off that brown Volvo S80. We knew that if he didn’t buy it, we could be stuck with it for months if not years. How popular a vehicle is or inversely, how difficult it is to sell has a huge impact on how much you can take off the price.

In other words, a brand-new model that’s just arrived on the market and for which demand is high is almost impossible to negotiate. On the other hand, a model that’s about to be completely redesigned and that has been on the market for years will be easier to negotiate because demand is likely dwindling. A car like a Volvo S80 in 2010 with limited demand and a larger profit margin is a negotiation dream.

If a model just came out, don’t expect too much negotiation. If it’s about the replaced, you can expect more leeway. If it’s in between, it will depend on how well sales are doing. You also want to focus on cars that are on the dealership lot. These are the cars dealers want to sell as quickly as possible.

Don’t hesitate to ask if there are any cars the dealer wants to get rid of. It may not be the perfect color or the exact spec you want, but you’ll get a better price.

Include accessories and negotiate those

Negotiation is all about profit margins. Most cars net between $1,000 and $3,000 for their dealers. That’s what you have to work with. If you add accessories, however, you’re adding to the sale’s overall profit. So, instead of asking for $1,000 off and then spending that on winter tires or a new bike rack, add the bike rack and the tires to the deal and then start negotiating. You’ll get better value.

This is just a quick summary of three ways you can negotiate the price of a new car. We’ll be bringing more tips including used car negotiation in the coming weeks.

2022 was the worst sales year since 2009 for many automakers. Inflated vehicle prices mean many of them made more profits than before. ...
Read more
Previous articleThe return of suicide doors on the Lincoln Continental?
Next articleWhat is Ford’s Trail Control? Hint: It’s not that bad