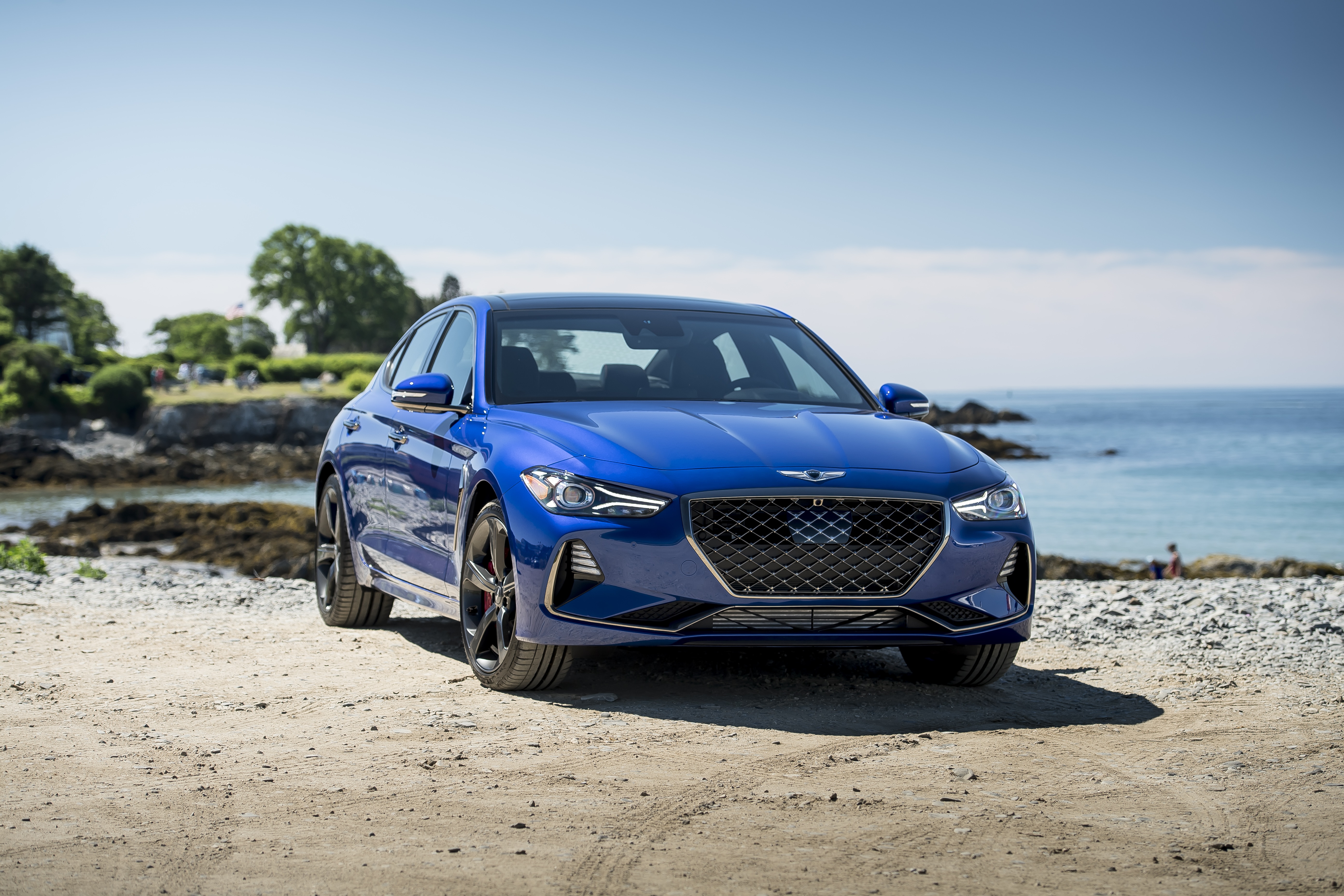 “This is how you introduce a new luxury vehicle to the market”.

Genesis got almost everything right with the new G70. Almost as sharp as the Giulia in terms of handling and performance, it’s easier to live with and more comfortable for daily commuters. Like the first Infiniti G35 to arrive in North America 15 years ago, it’s competitively priced as well, and provides better value than its German competition. 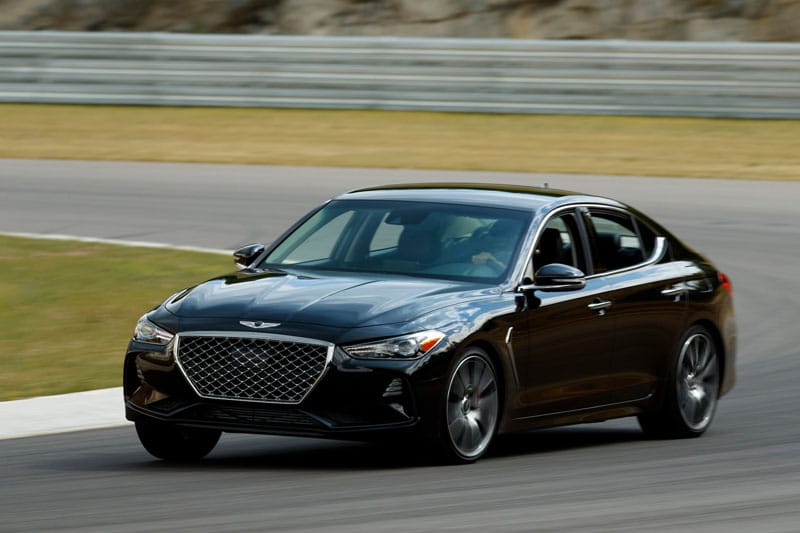 It will take a bit of time before buyers start seeing Genesis as a stand-alone brand and separate from Hyundai, like they do with Lexus for example, but cars like the G70 are sure to speed things up. This is a proper compact luxury sedan.

1. It feels so incredibly solid on the road, but not heavy. The driver feels connected to the car and the road, and the steering is perfectly weighted. You immediately feel at ease in the new Genesis G70.

2. Performance from the turbocharged 3.3-liter V6 is phenomenal. With 365 horsepower on tap, the G70 3.3T launches itself with very little hesitation and drag. Response is almost instantaneous, but it’s not hard to modulate the engine either. That means that you have all the power you need when you need it, but the car is quite composed in city driving.

3. The 2.0-liter turbocharged engine doesn’t provide as much power (252 hp), but it’s more than enough for most buyers who will also benefit from better-than-average fuel economy.

4. The infotainment system is right out of any upscale Hyundai vehicle. Yes, that’s a good thing. Why make things complicated for the sake of having your own infotainment interface like Alfa Romeo did with the Giulia? If you have a proven and user-friendly system already available in the parts bin, use it. 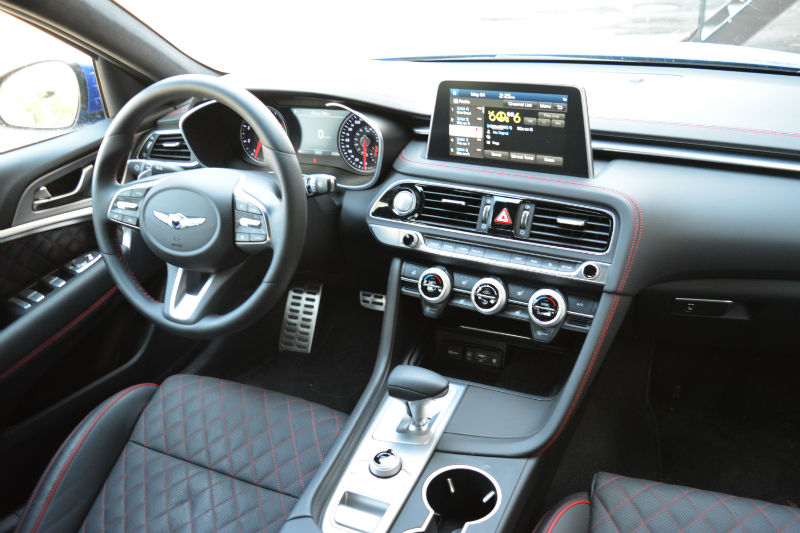 5. There’s plenty of standard equipment even in the entry-level G70 starting at $42,000. Adaptive Cruise Control, Lane Departure Warning and Prevention, Apple CarPlay and Android Auto, 18-inch wheels, a sunroof, and all-wheel drive are all standard. The value proposition in the G70 is among the best if not the best in the segment.

6. The Genesis brand is doing everything it can to stand out. Regular scheduled maintenance for 5 years or 100,000 kms is included in the price, and they will even pick up the car at your house when it needs to go in for service. You’ll have a courtesy vehicle while your vehicle in the shop. You won’t find anything else like this anywhere else.

1. During my week with the Genesis G70, a LOT of people came up to ask about the car. Some will like the attention, others will not. Now, for those of you that enjoy getting noticed, know that the most common reaction was along the lines of “oh, it’s a Hyundai”.

That was usually followed with a look of either disappointment, or a smirk. If you’re looking for a car that goes unnoticed or if you need an ego boost, the G70 won’t work. 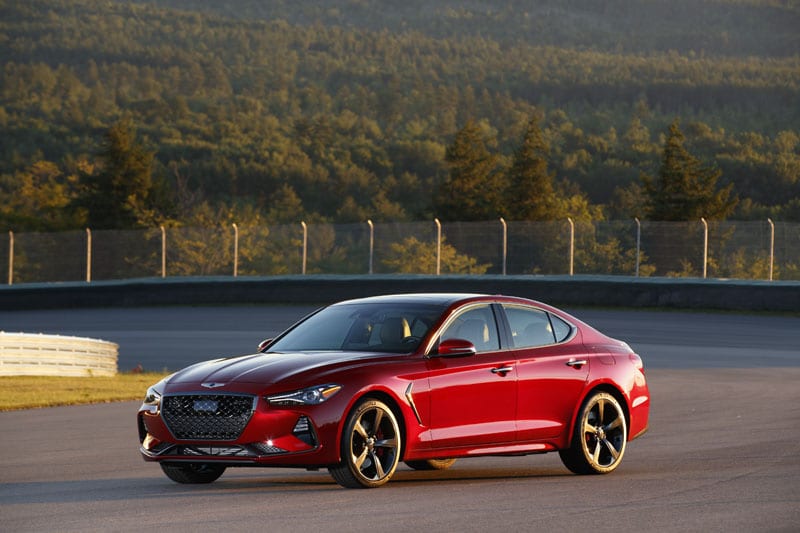 2. The Genesis G70 is far from being the most spacious vehicle in its segment. The trunk is rather tiny, and the rear seats are difficult to get into and not that welcoming for teens or adults.

I was pleasantly surprised by the Genesis G70. I was also pleasantly surprised with the G80 and the G90. Genesis may not be a household name yet, and the brand may not have the clout of Mercedes-Benz, Audi, BMW and its other established rivals, but the Korean automaker knows how to build good cars that bring something new to the table. Early adopters will be rewarded.

The Capstone Grade is the top trim for the new full-size pickup. It features the i-FORCE MAX hybrid powertrain. The all-new 2022 Toyota Tundra...
Read more
Previous article2019 Mazda CX-5 to get SKYACTIV-G 2.5 T engine!
Next articleQuite possibly the most drool-worthy driver-car collection of all time