Should-you-buy Should You Buy a 2020 Buick Encore GX? 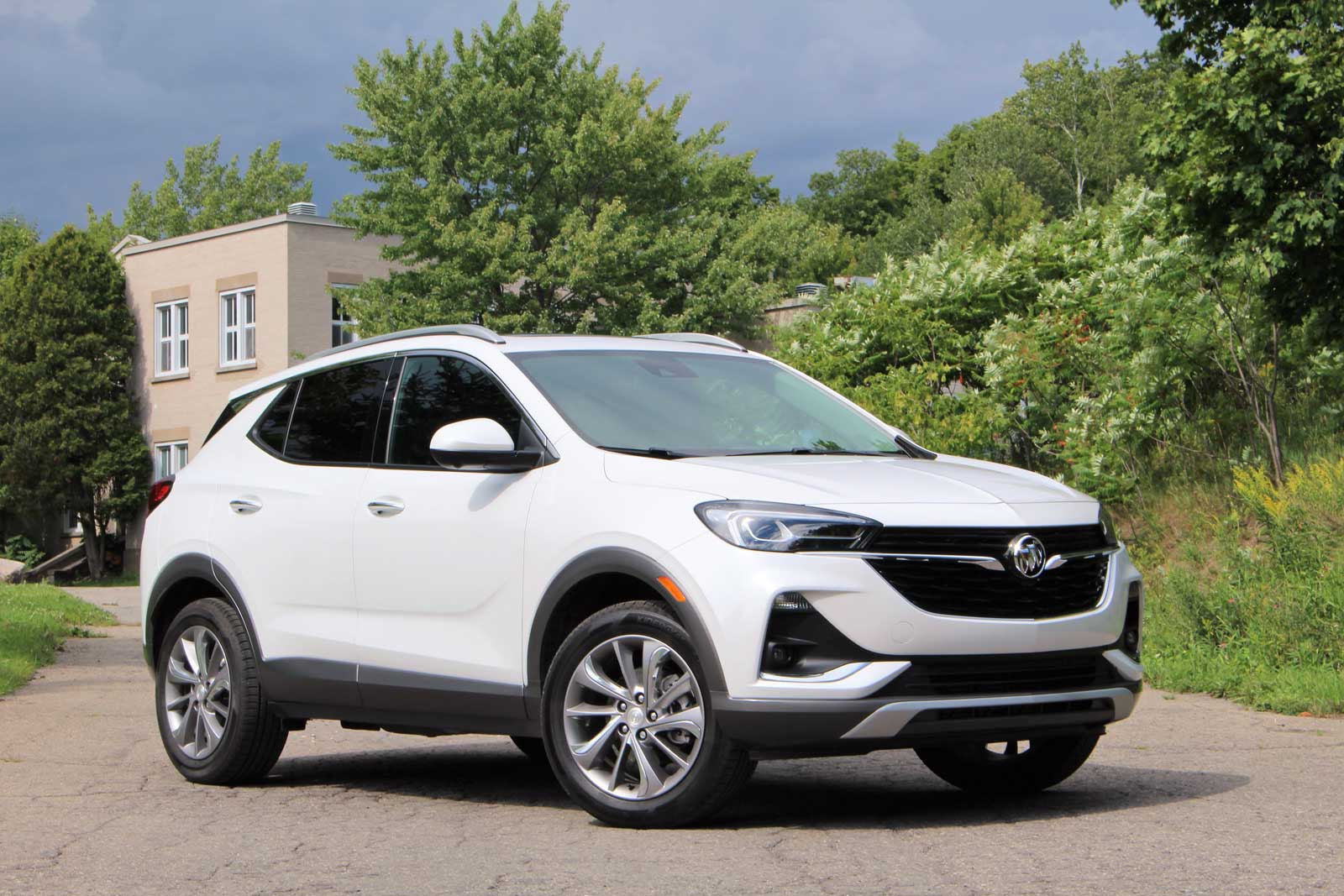 It does lots of things right, a few things wrong.

We aren’t finished seeing new subcompact crossovers hit the market, and although General Motors already had a couple of them, it decided to add two more to its portfolio, including the all-new 2020 Buick Encore GX.

In the brand’s product lineup, which will now consist of utility vehicles across the board in North America, the 2020 Buick Encore GX slots in between the Encore—which is still offered, but simplified to one trim level in Canada and two in the United States—and the midsize Envision, which will be thoroughly redesigned for the 2021 model year. 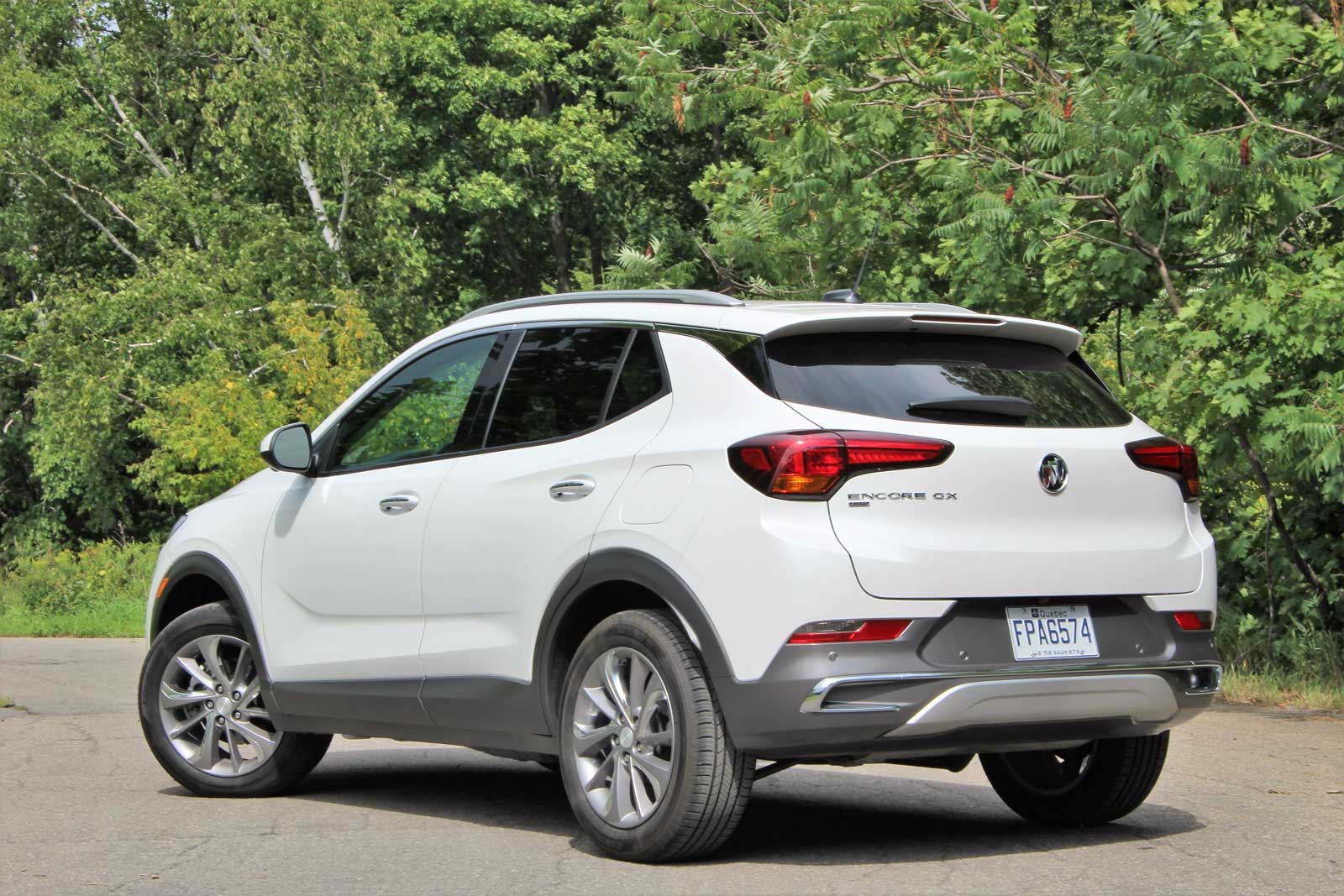 The Encore GX is available in Preferred, Select and Essence trim levels, which are all equipped as standard with a front-wheel drivetrain in the U.S., while all-wheel drive is an option. In Canada, only the base Preferred is sold in FWD configuration.

The front-drive, 2020 Buick Encore GX features a turbocharged, 1.2L three-cylinder engine and a continuously variable automatic transmission, with an output of 137 horsepower and 162 pound-feet of torque. A turbo 1.3L three-cylinder mill, good for 155 horsepower as well as 174 pound-feet of torque that peaks from 1,600 rpm, is available for a few hundred dollars more. AWD variants are matched to the turbo 1.3L engine and a nine-speed automatic transmission. However, the Canadian market does not get the FWD, 1.3L and CVT combo.

In the subcompact crossover segment, only the Ford EcoSport, the MINI Countryman and the Chevrolet Trailblazer—the Encore GX’s corporate cousin—offer three-pot engines. All the rest, such as the Kia Seltos, the Mazda CX-30, the Honda HR-V, the Nissan Rogue Sport/Qashqai, the Subaru Crosstrek, the Hyundai Kona and the Mitsubishi RVR, are all equipped with four-cylinder units, and some of them even offer optional turbo engines for increased performance. 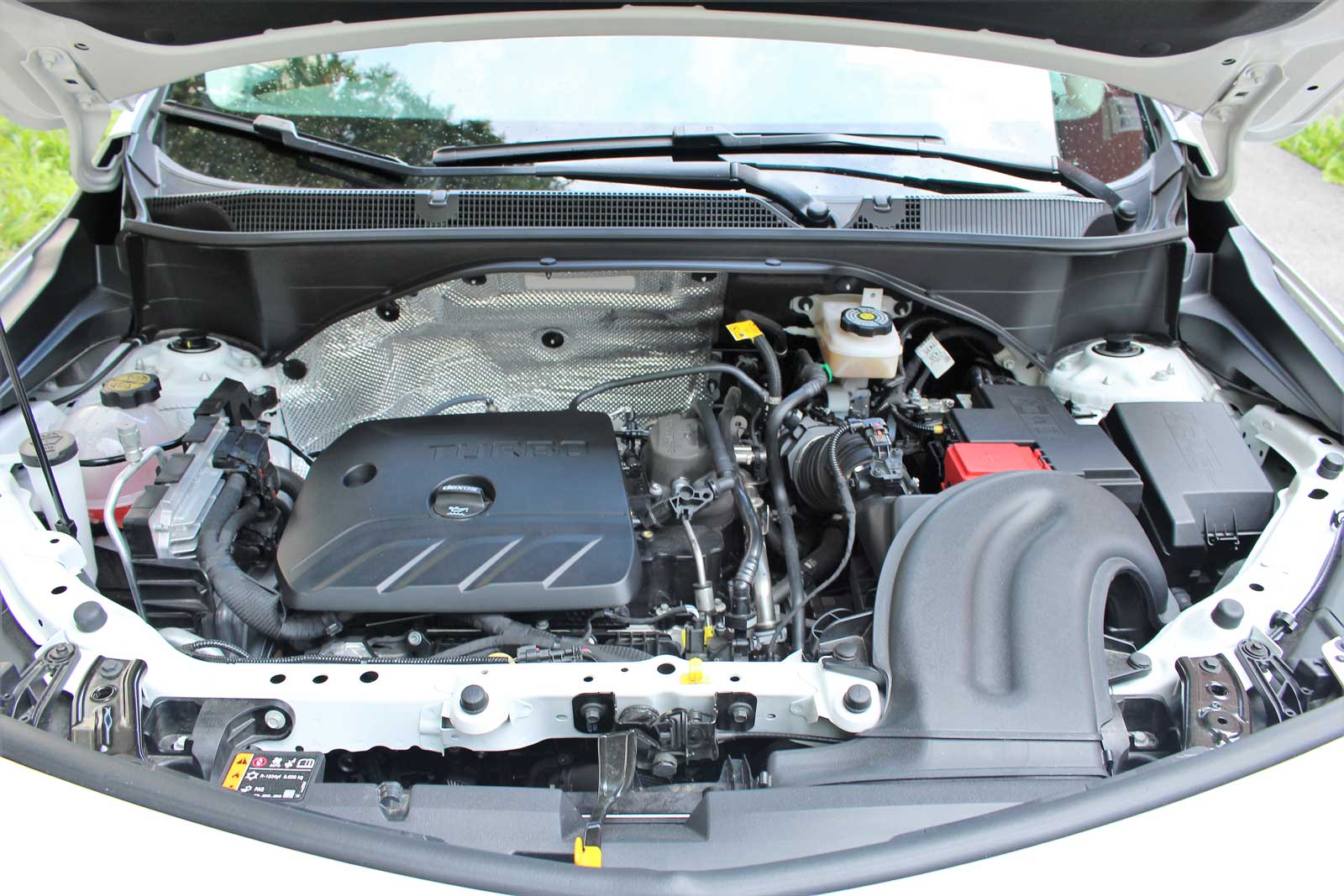 Despite the bigger dimensions, the 2020 Buick Encore GX has about the same amount of headroom and legroom than in the Encore, due to the latter’s higher roofline. However, the GX is wider, thus providing more shoulder and hip room. Cargo space is rated at 23.5 cubic feet (665 litres) with the rear seats in place, and 50.2 cubic feet (1,422 litres) with the seatbacks folded down. 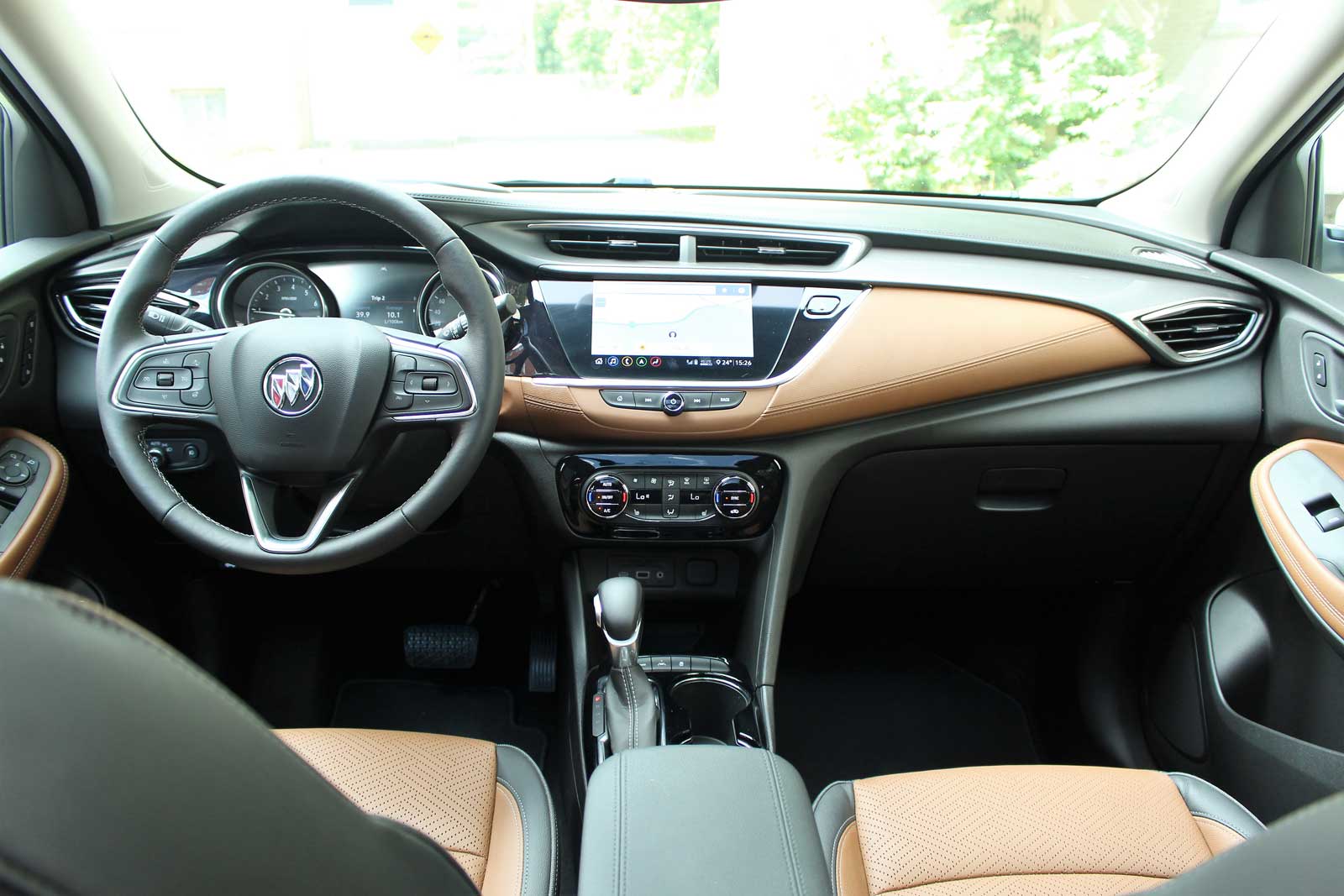 Pricing starts at $24,100 before freight and delivery charges in the U.S., and reaches about $38K in the case of a loaded Essence AWD. In Canada, the Encore GX retails from $26,098 to approximately $40K.

Why You Should Buy a 2020 Buick Encore GX

This little subcompact crossover benefits from surprisingly low noise, vibration and harshness levels. Credit the brand’s QuietTuning efforts, which include triple door seals, acoustic laminated glass and Active Noise Cancellation, for being hushed on the road. It’s also slightly quieter than the Chevrolet Trailblazer which shares its platform and mechanical components.

Although we haven’t driven the 2020 Buick Encore GX with the 1.2L engine yet, we can attest that that the 1.3L lump does a good job of getting the crossover up to speed, as well as providing the passing power it needs. Its generous torque helps in that regard. In addition, it’s so smooth that many people won’t realize that it’s firing an uneven number of pistons.

As is the case in virtually all of GM’s products, the touchscreen infotainment system is easy to use while driving, and its touchscreen is very reactive to finger poking on its big button zones. Those who are anxious to use wireless Apple CarPlay and Android Auto will have to wait for the 2021 model.

While interior room is about average in its segment, and so is cargo space, some rivals are more accommodating. The Seltos is one example, with a roomier luggage area as well as more front and rear legroom. However, the Encore GX’s front passenger seat can fold down flat, which allows loading longer objects.

While the 2020 Buick Encore GX isn’t one of the most-affordable models in its segment, it is marketed as a premium brand, and some shoppers will be pleased with its price compared those of entry-level crossovers from BMW, Mercedes and Audi—and GM’s own Cadillac. 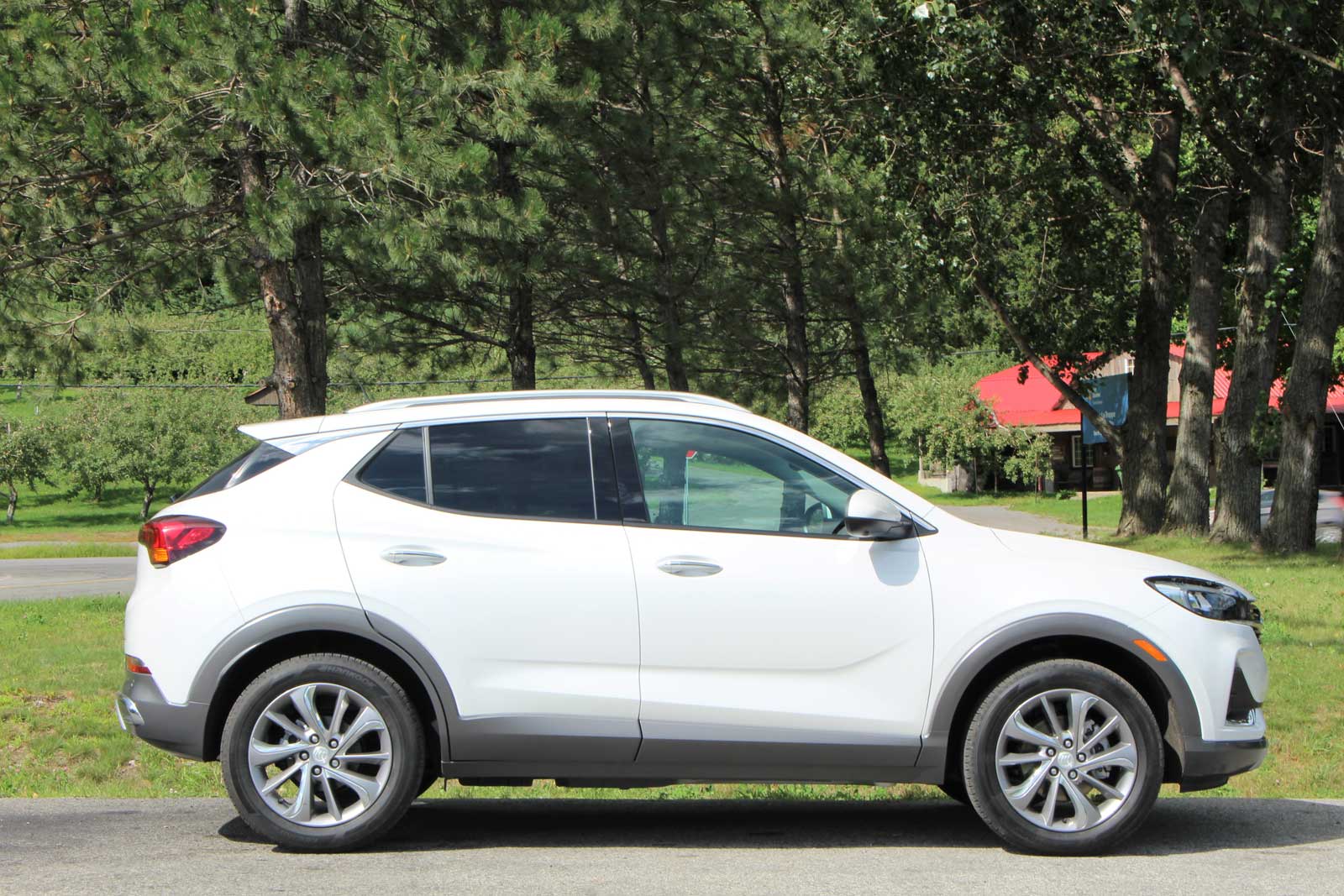 Why You Shouldn’t Buy a 2020 Buick Encore GX

The whole point of smaller, turbocharged engines is to offer greater fuel economy without sacrificing power. The Encore GX’s 1.3L mill has muscle, but its consumption isn’t all that impressive. We managed 26 mpg (9.2 L/100 km) aboard the crossover. The Seltos, the HR-V and the Crosstrek can do better with their naturally aspirated four-cylinder engines.

Since we’re on the subject, we’d skip the 1.2L engine in the 2020 Buick Encore GX, even though we haven’t tried it out. For the price difference in the U.S., we just don’t think it’s relevant. And in Canada, it’s only offered in the base, front-drive trim level, so it’s just as uninteresting.

The rear seatbacks aren’t adjustable, meaning they can’t tilt rearward for a more laid-back ride. It’s not a big deal, but many rivals offer this simple feature.

As we already mentioned, the Encore GX is marketed as a ritzier little crossover than what the mainstream brands offer. However, in that bunch, there are a couple that are just as impressive in regards to design, refinement and execution—such as the Kia Seltos and the Mazda CX-30.

The 2020 Buick Encore GX isn’t boring to drive, but it isn’t all that fun, either. It just doesn’t entice the driver to carve a racing line on that highway on-ramp, or seek a twisty country road like the Mazda does. Not that it really matters. 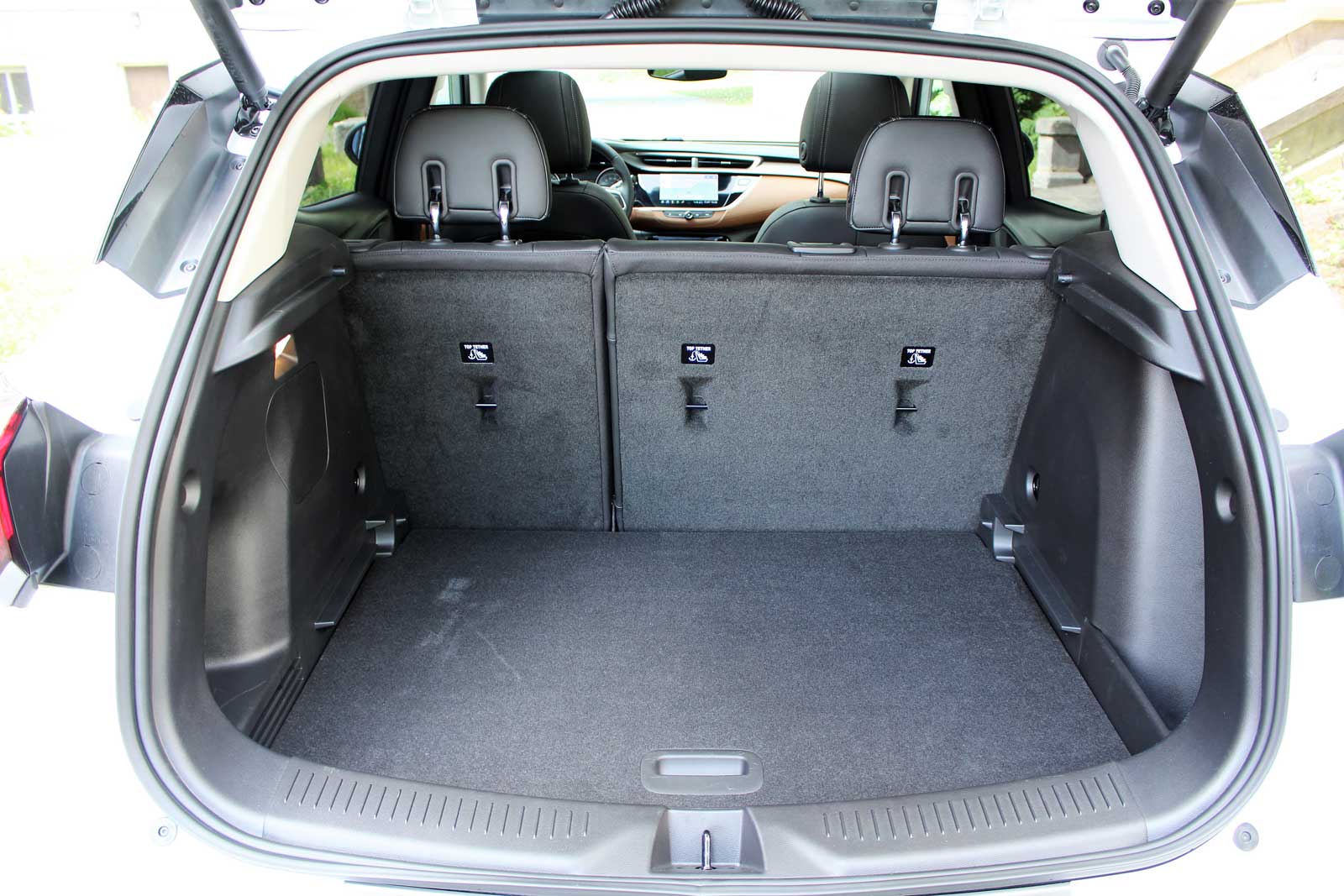 The 2020 Buick Encore GX is leaps and bounds better than the aging Encore subcompact, and draws a lot of attention thanks to its elegant appearance, on which buyers can add a touch of sportiness with the Sport Touring package. For that reason alone, this crossover should quickly become the brand’s best-selling model in Canada, and a popular choice in the United States, too.

For those who may chuckle at the engine, which only counts three cylinders, we strongly advise that they take it out for a test drive before scratching it off their shopping list. Overall, the Encore GX impresses for its ride quality and quiet cockpit, its convenient infotainment system and good versatility.

The original launch was planned for the spring of 2022 Supply constraints are probably to blame for this delay Genesis says to expect...
Read more
Previous articlePeugeot Coming Back to Le Mans with WEC Hypercar
Next article5 Questions About The 2022 Hyundai Tucson Answered