Should-you-buy Should You Buy a 2020 Nissan Sentra? 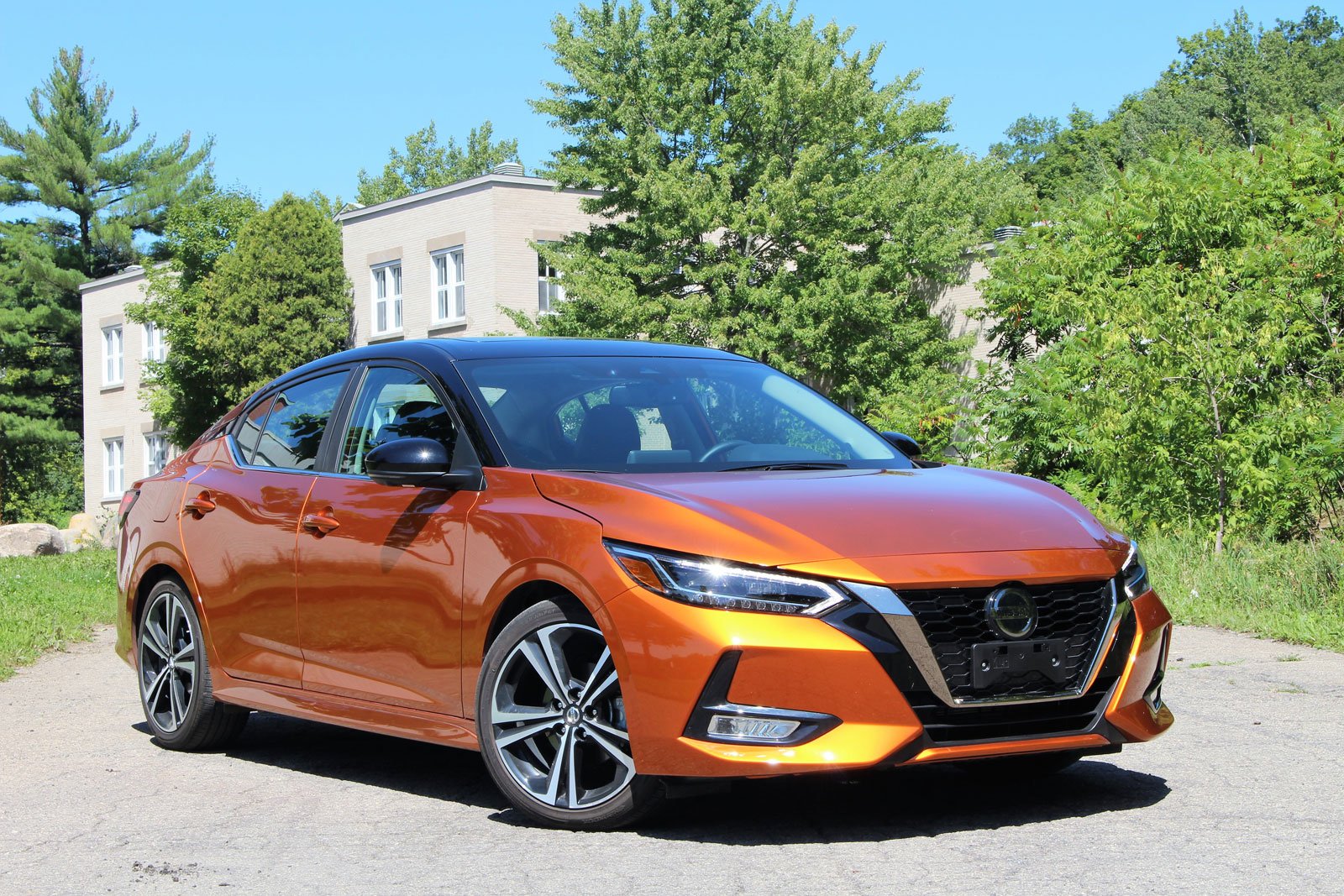 If there’s a compact sedan that deserves some attention this year, it’s the 2020 Nissan Sentra. Considered for a long time as a bland and uncompetitive car, but that still continued to sell relatively well, the Sentra has been entirely redesigned for the 2020 model year.

This new generation stands out especially for its exterior design, but also for its comfortable cabin and, as always, its interesting value. First of all, the 2020 Nissan Sentra borrows many of the midsize Nissan Altima’s styling cues, which seem to be slightly better adapted to the Sentra’s smaller dimensions. That’s our subjective opinion, of course. 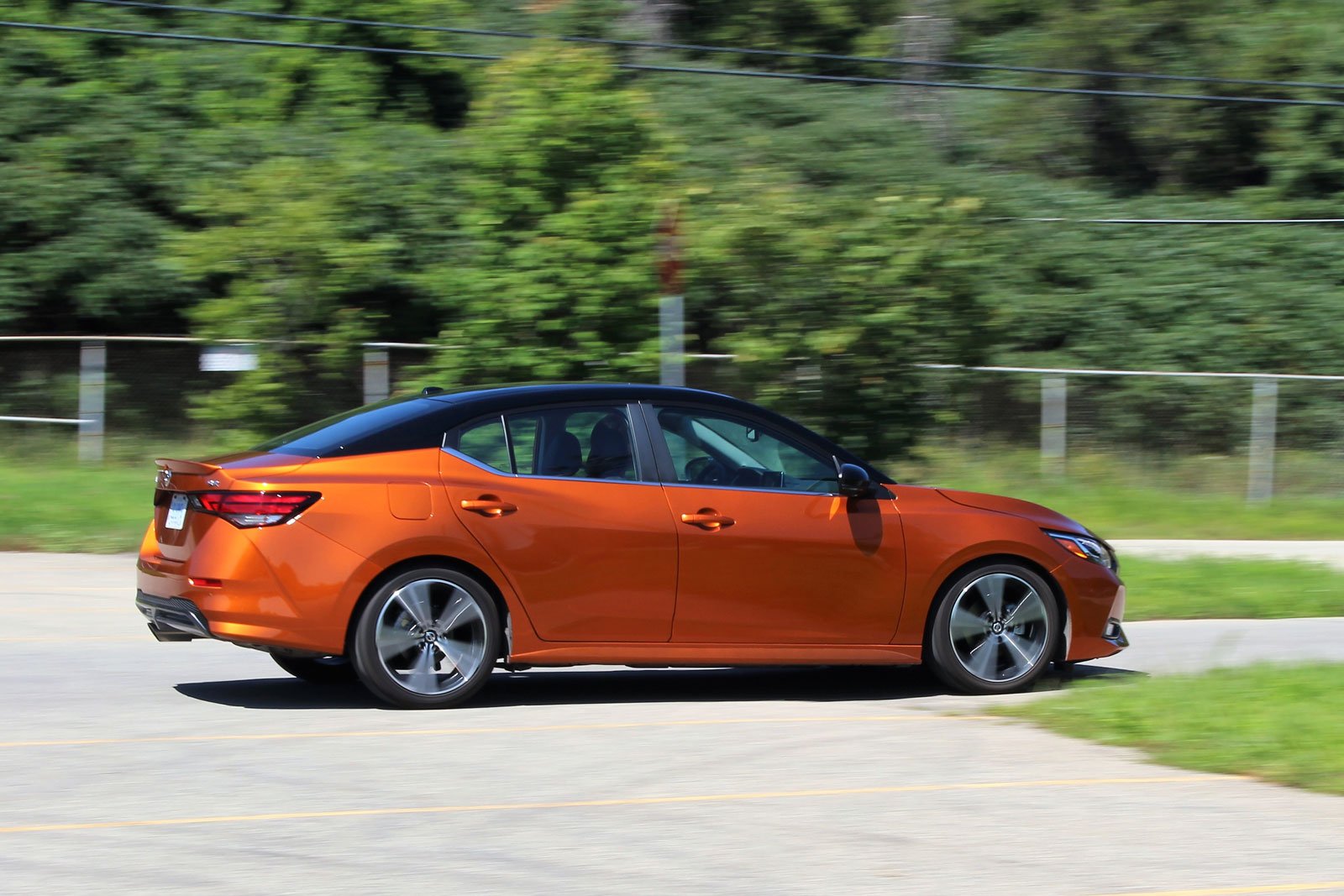 The SR variant of the Sentra also benefits from a few body colours that feature a black-painted roof, creating a neat contrast and a more dynamic look. This new 2020 Nissan Sentra is much more noticeable on the road than the preceding generation. That should help it stand out from its competitors, namely the Honda Civic, the Toyota Corolla, the Hyundai Elantra, the Kia Forte, the Subaru Impreza, the Mazda3 and the Volkswagen Jetta.

Under the hood, it receives a new and more powerful engine, a 2.0L four cylinder with 149 horsepower and 146 pound-feet of torque.  The Sentra is no hot rod, but for the daily drive, that’s plentiful. In addition, the continuously variable automatic transmission works extremely well, even though the automotive press that we are prefers the feel of a conventional automatic with fixed gear ratios. We must point out that Nissan’s CVT simulates upshifts during hard acceleration.

The 2020 Nissan Sentra’s city/highway/combined fuel economy numbers are set at 29/39/33 mpg in the U.S., and at 8.0/6.0/7.1 L/100 km in Canada. Two things to mention here: the SR trim is heavier and less aerodynamic, so its consumption is slightly higher, and in Canada, the base Sentra S is available with a six-speed manual transmission that gets a combined rating of 8.0 L/100 km. Very few buyers will opt for the row-it-yourself gearbox anyway, a component soon to disappear in mainstream cars. During our test, we managed an average of 31 mpg (7.6 L/100 km). 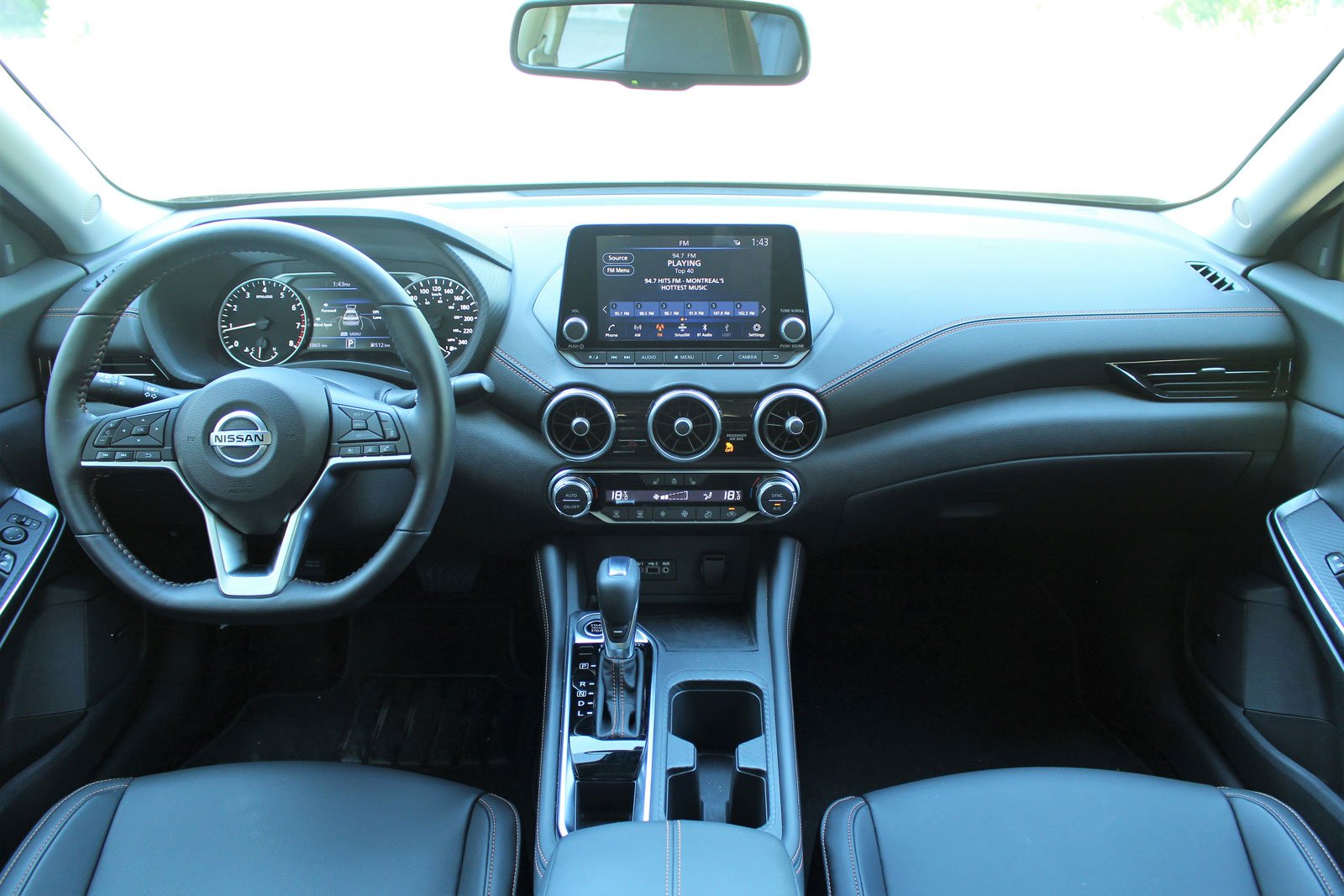 The first ad campaign starring the 2020 Nissan Sentra flaunted its driving dynamics, and while that pretention is a little far-fetched, it’s true that the sedan is more playful than the outgoing generation, with more communicative steering and sharper handling. During more relaxed driving, the cockpit is quiet and the ride is refined for an affordable compact car.

If the cabin’s dimensions are about average in its category, the 2020 Nissan Sentra does offer the best legroom up front, while front headroom is among the best. On the other hand, rear-seat legroom is among the least generous, but the seat cushions are mounted high, which helps comfort. As for the trunk, only the Civic and the Forte can beat its volume of 14.3 cubic feet. 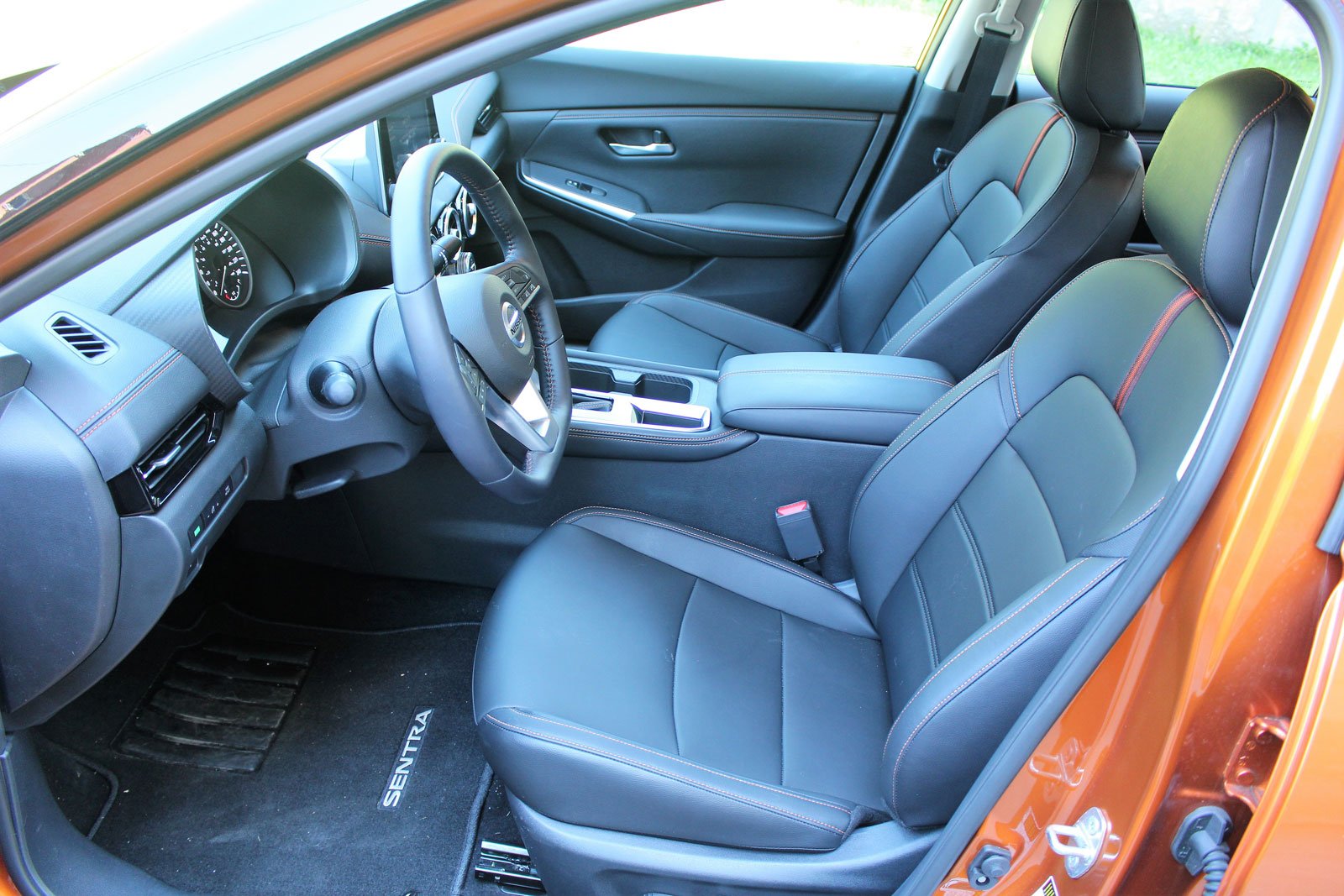 Why You Should Buy a 2020 Nissan Sentra 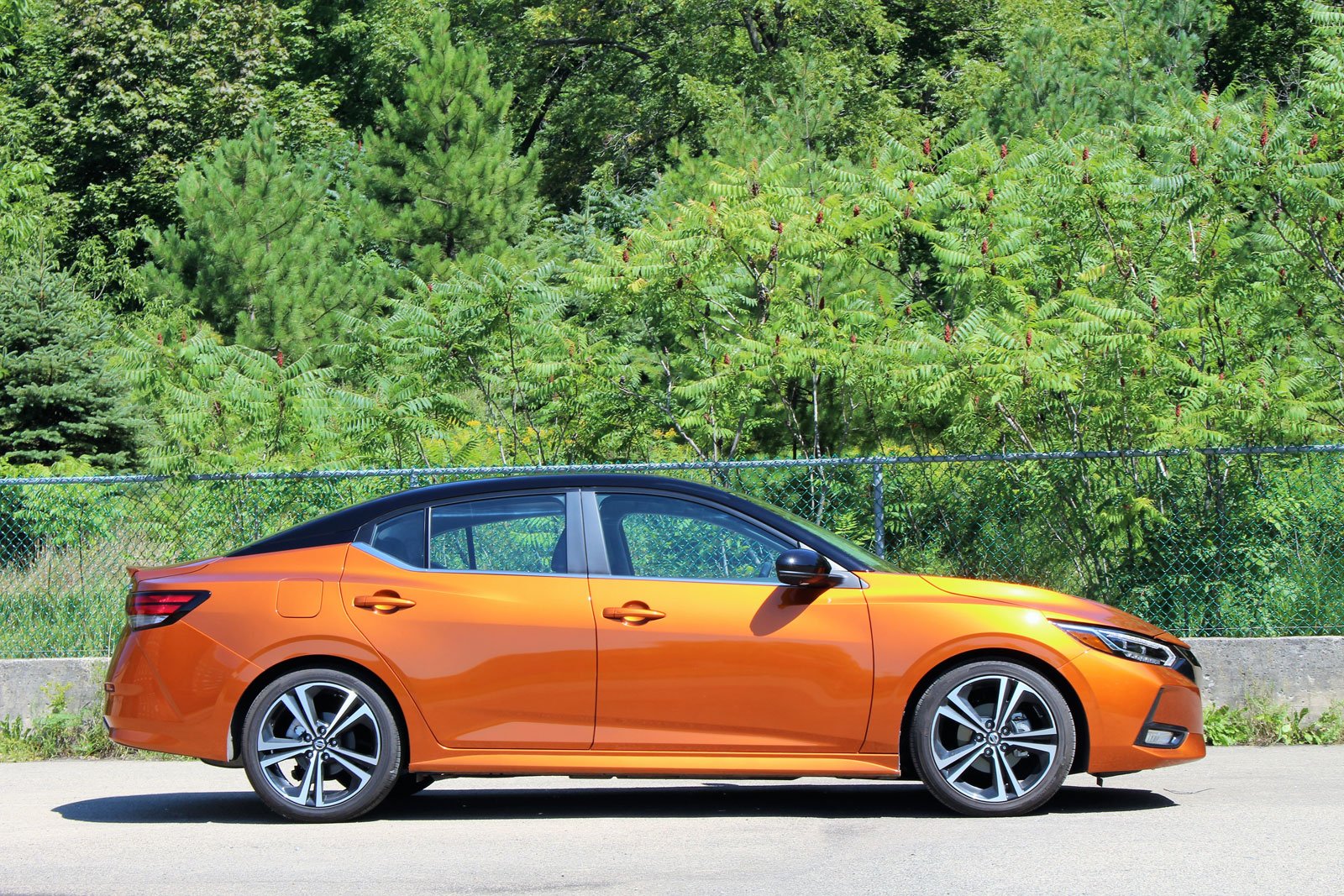 Why You Shouldn’t Buy a 2020 Nissan Sentra 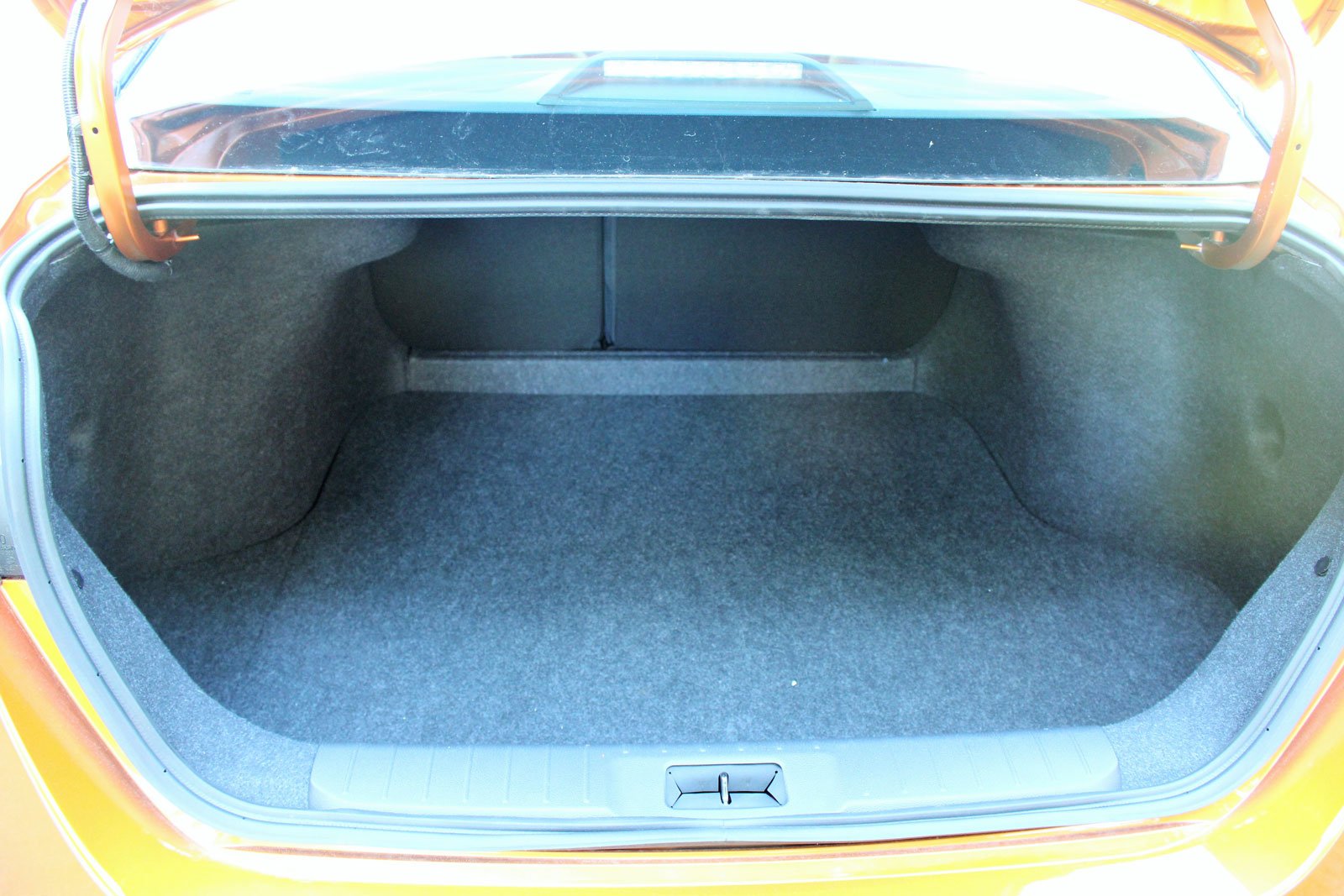 The 2020 Nissan Sentra has improved considerably over the outgoing generation, with fresh new styling, more technology and standard active safety features. What was once a boring compact sedan has become a very enjoyable car.

That said, and the same story can be told for the redesigned 2021 Nissan Rogue, the Sentra has caught up to the competition, but brings no innovations to shake up the segment. That might be sufficient to help Nissan keep sales running smoothly for its compact model, and it’s a viable alternative for those who don’t want a me-too sedan like the Civic, the Corolla and the Elantra—the U.S. and Canadian markets’ best-selling passenger cars.