Should-you-buy Should You Buy a 2020 Subaru Legacy? 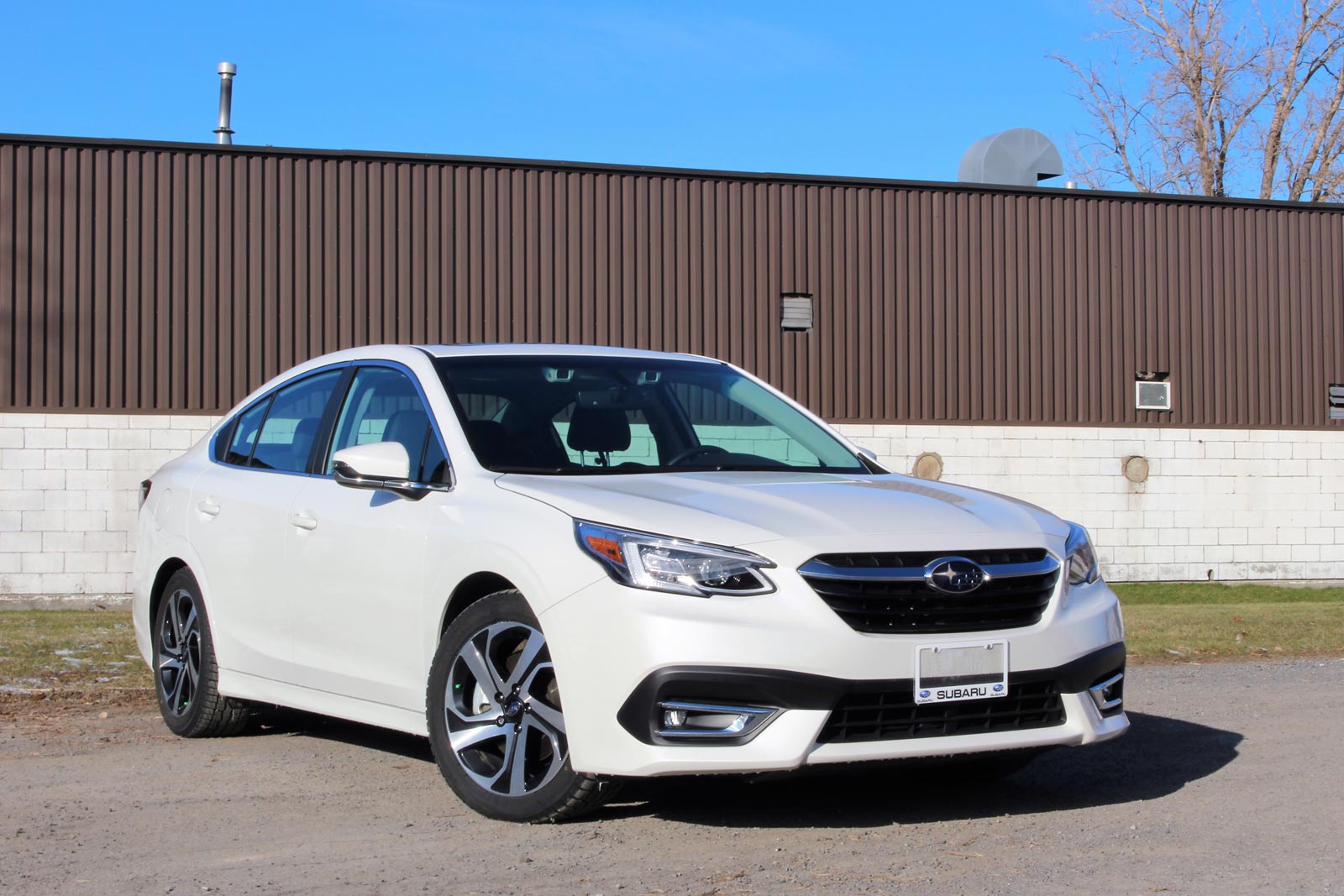 The Subaru Legacy has been thoroughly redesigned for the 2020 model year, but many people might have not noticed it. Like the previous-generation model, there’s nothing flamboyant about its exterior appearance, and its ability to slip through traffic unnoticed has both its advantages and its disadvantages.

For drivers who are always late and just can’t seem to respect the posted speed limit, the 2020 Subaru Legacy could be a better choice than a sports car for going fast and unnoticed. On the flipside, how can a car company increase its market share when its products don’t get anyone’s attention on the road? 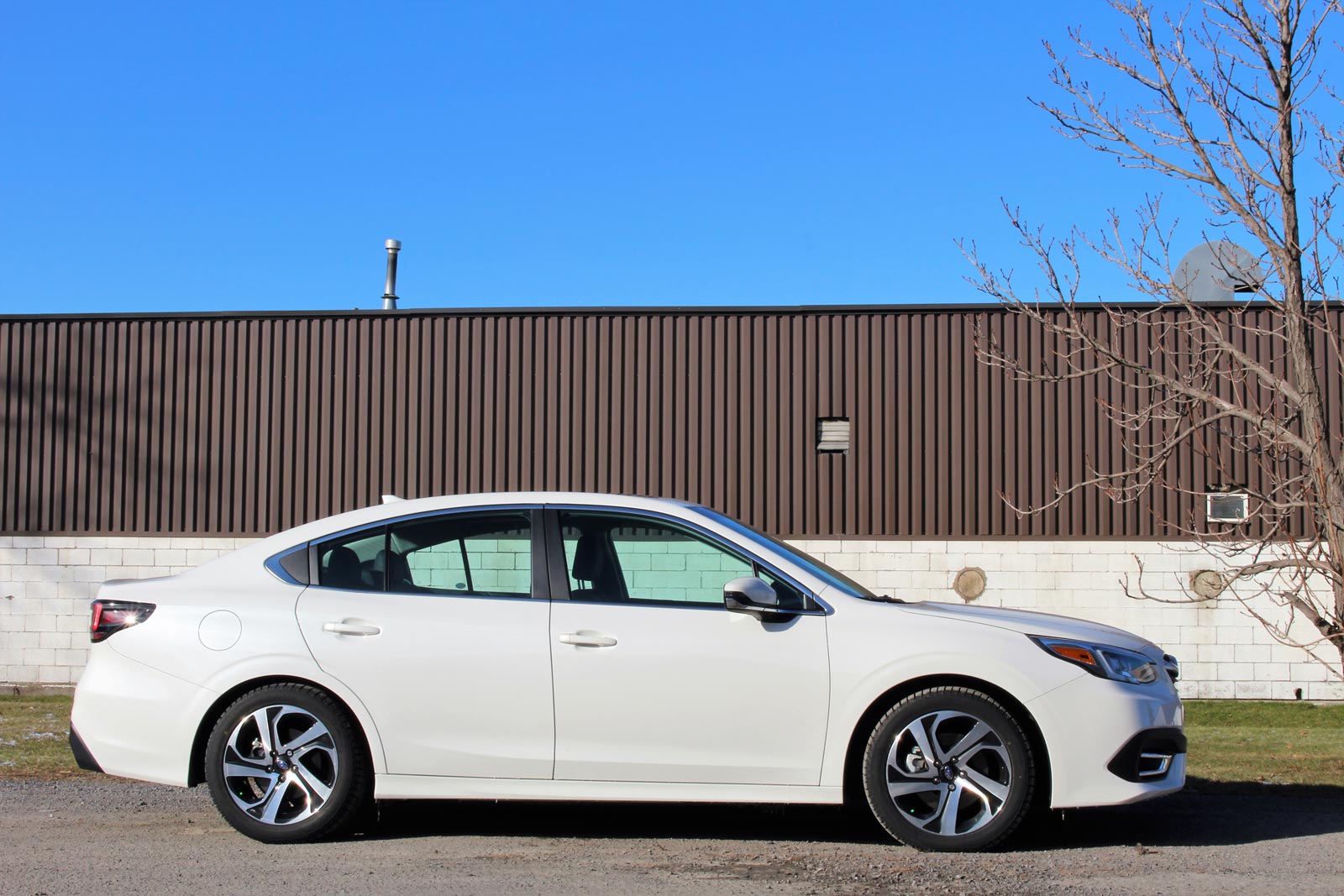 As a result, Legacy sales are low, and have been for a while now. However, the Subaru Outback which with it shares its platform and the majority of its components is doing well, so at least that’s good news. The major feature that set the Subaru Legacy apart from its midsize sedan rivals—the Honda Accord, the Toyota Camry, the Chevrolet Malibu, the Nissan Altima, the Ford Fusion, the Hyundai Sonata, the Kia Optima, the Mazda6 and the Volkswagen Passat—was its full-time all-wheel drivetrain. In the Snowbelt region that includes Vermont, Quebec and Ontario for example, Subarus are a common sight. In California and Florida, not so much.

But now, the Altima offers AWD, and so will the Camry in 2020. The difference is that the Legacy boasts a full-time setup, while its adversaries have a front-wheel-biased, reactive system that sends power to the rear wheels when slippage occurs. When driving the Subaru Legacy in winter, that advantage can be felt, which increases our confidence behind the wheel.

In addition to the redesigned body and cockpit, the 2020 Legacy gets a more-efficient base engine. It’s still a 2.5-litre, horizontally opposed four, but it now develops 182 horsepower and provides a combined city/highway fuel economy rating of 7.9 L/100 km—down from the 2019 model’s 8.2. We averaged 8.5 L/100 km during our winter test. The 2.5L engine also includes an automatic start/stop system, and it’s matched to a continuously variable automatic transmission. 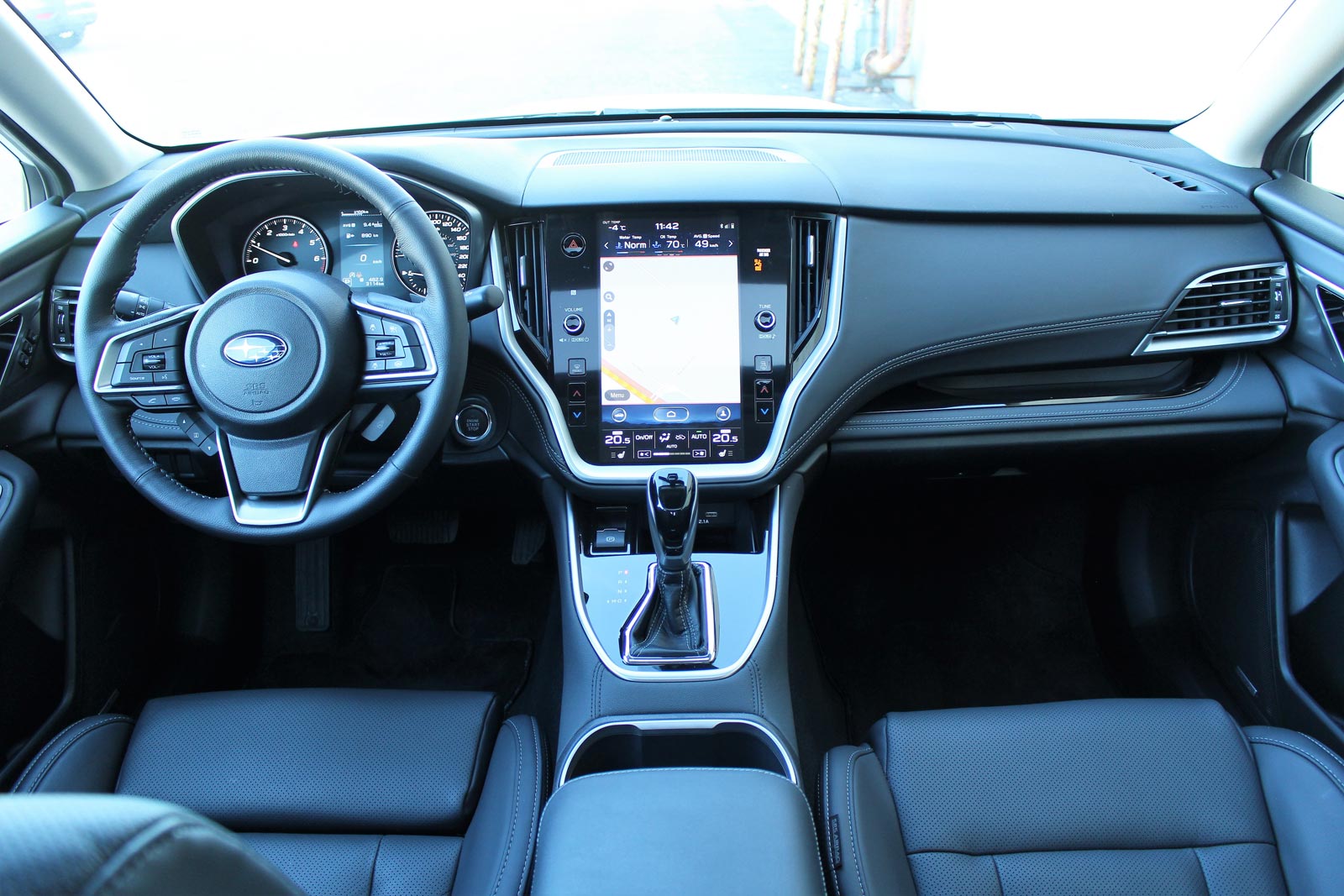 Meanwhile, the 3.6-litre flat-six engine has been replaced by a new turbocharged, 2.4-litre four that develops 260 horsepower and 277 pound-feet of torque. In addition to being more powerful, the new mill’s combined rating of 8.7 L/100 km is much better than the old six’s average of 10.3.

Why You Should Buy a 2020 Subaru Legacy

You’re the type of person that likes to drive fast, but prefers to go unnoticed. The Legacy is the weapon of choice, as it gets no one’s attention—even the local constabulary force (we assume).

The Subaru Legacy’s cockpit is roomy and its seats are comfortable. It’s a good long-distance cruiser.

The Legacy is an IIHS Top Safety Pick+, which means it’s really safe. Add to that a full-time all-wheel drive system that provides plenty of grip in winter. Despite this, fuel economy remains high.

Interior fit and finish is quite good, and although the interior design won’t win any design prizes, it’s classy and won’t go out of style anytime soon. 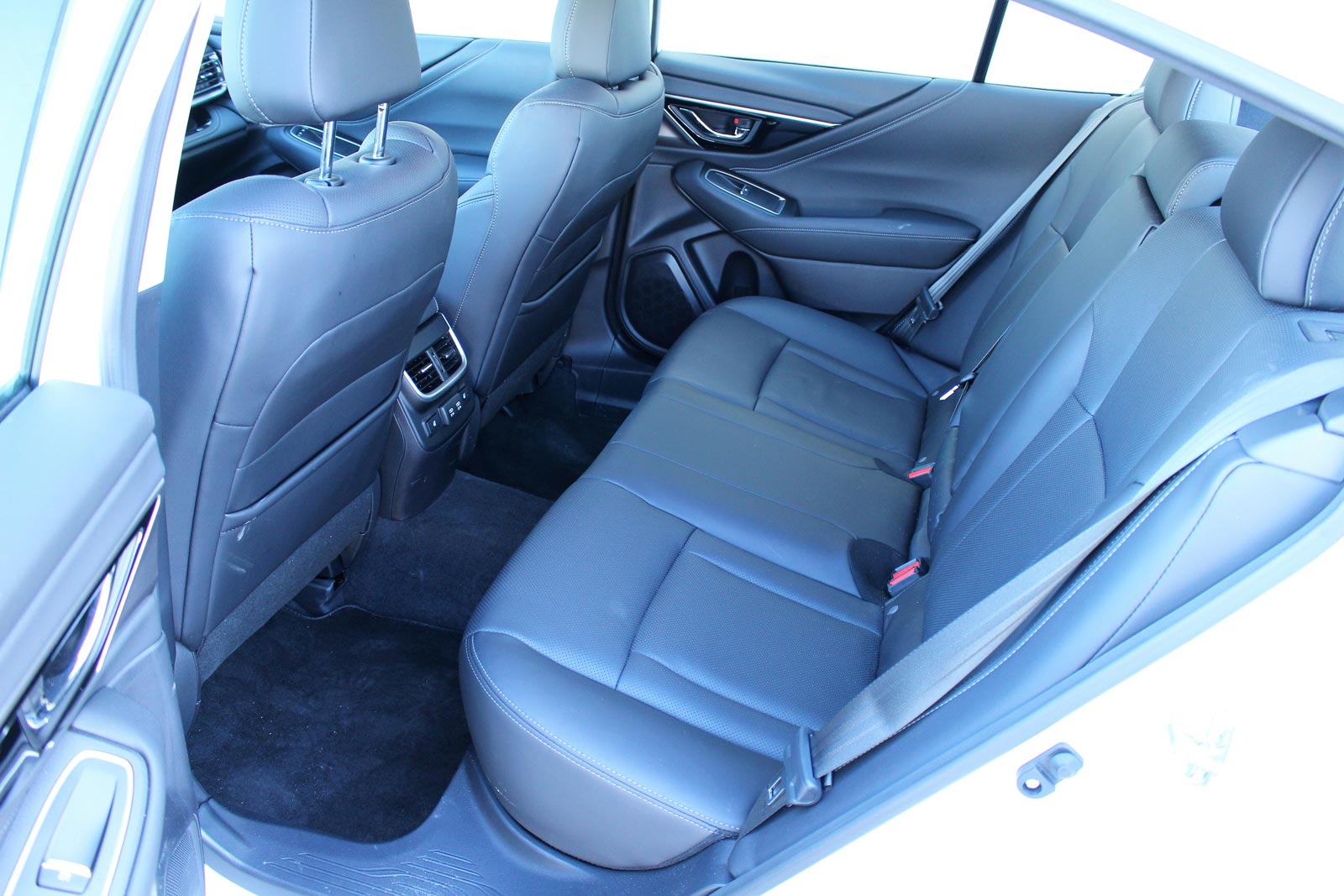 Why You Shouldn’t Buy a 2020 Subaru Legacy

The Legacy isn’t really fun to drive. It just does its job without fuss, and never entices us to hop in and hit the road. It’s like a reliable appliance, which is likely what midsize sedan shoppers are looking for, because the sportier models in the segment are rotting on dealer lots.

If we’re the type of person who likes to make our neighbours jealous, the Legacy might not be the right car to bring home. They likely won’t notice it—especially if we traded in an old Legacy to get the 2020 model.

Although the optional turbocharged engine is better than the old six-cylinder mill on paper, it isn’t as smooth and refined in reality. Then again, very few large sedan buyers choose the engine upgrade anyway.

The portrait-style infotainment screen looks pretty good, with a big navigation map and a convenient layout of climate controls. However, the button zones are small, and if we prefer using Apple CarPlay and Android Auto, these interfaces don’t stretch out vertically, which means we don’t really benefit from that big touchscreen. 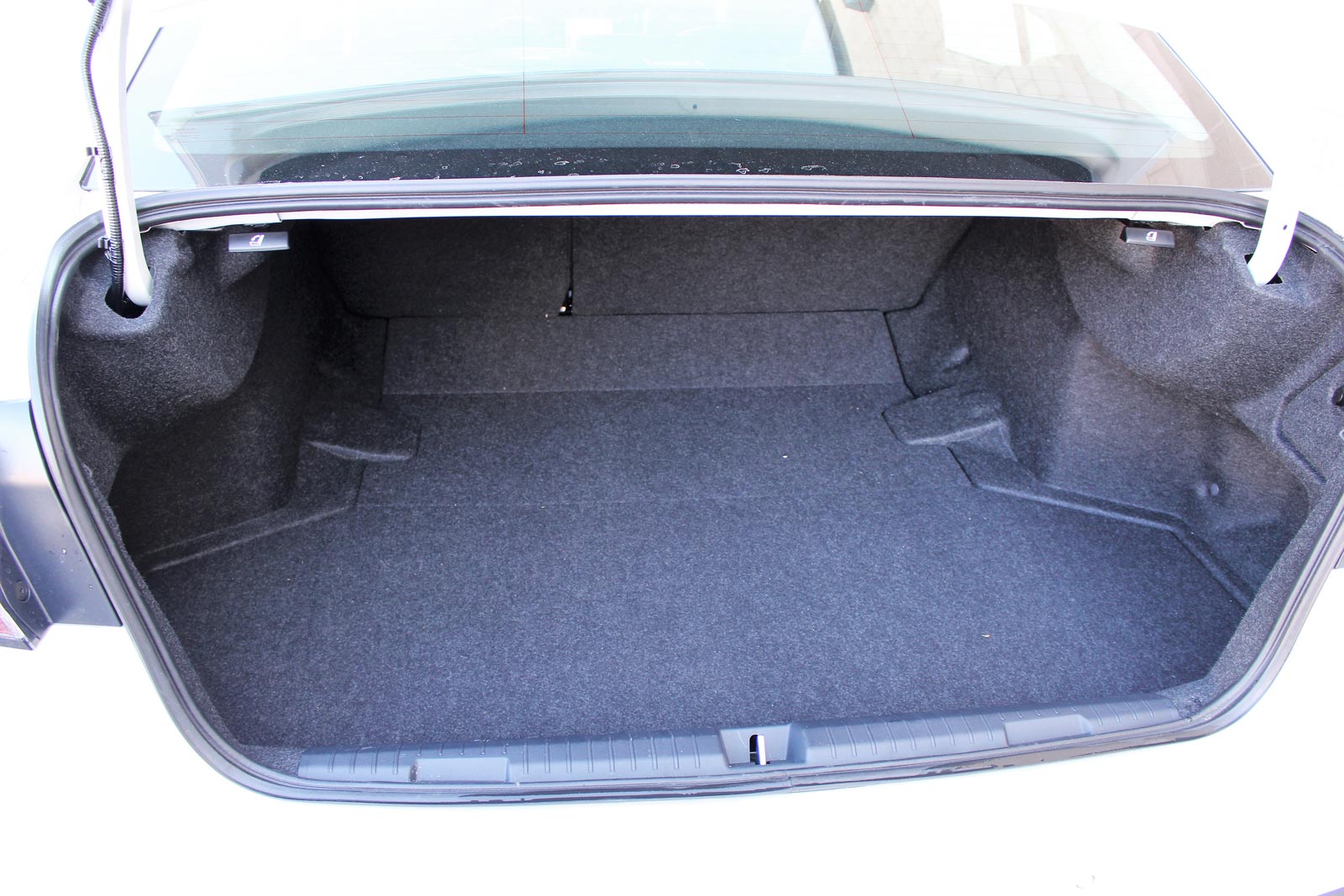 Starting at $26,395 before freight and delivery charges, the 2020 Subaru Legacy offers many features in addition to a high level of safety. It’s also a comfortable car for long rides, and isn’t too hard on fuel, either. It has a good reputation for reliability, owner satisfaction is high, and it was recently named AJAC’s Large Car of the Year for 2020.

While the Legacy is a good purchase from a rational point of view, it just doesn’t excite us in any way. Actually, the only time we get emotional driving the sedan is when we’re in the middle of a snowstorm, as while everyone is struggling to stay on the road, we’re unfazed by Old Man Winter’s tantrums. Unfortunately, no one notices how confident we are behind the wheel, because we’re driving a Legacy.

All-new platform and sheetmetal for the third-generation Toyota Sequoia. One powertrain for Canada, a twin-turbo hybrid V6 with 437 horsepower. New range-topping Capstone...
Read more
Previous articleThe Race Towards The Next Super-Pickup Is On Thanks To Lingenfelter
Next article2020 Detroit Auto Show Cancelled, Will Resume in 2021