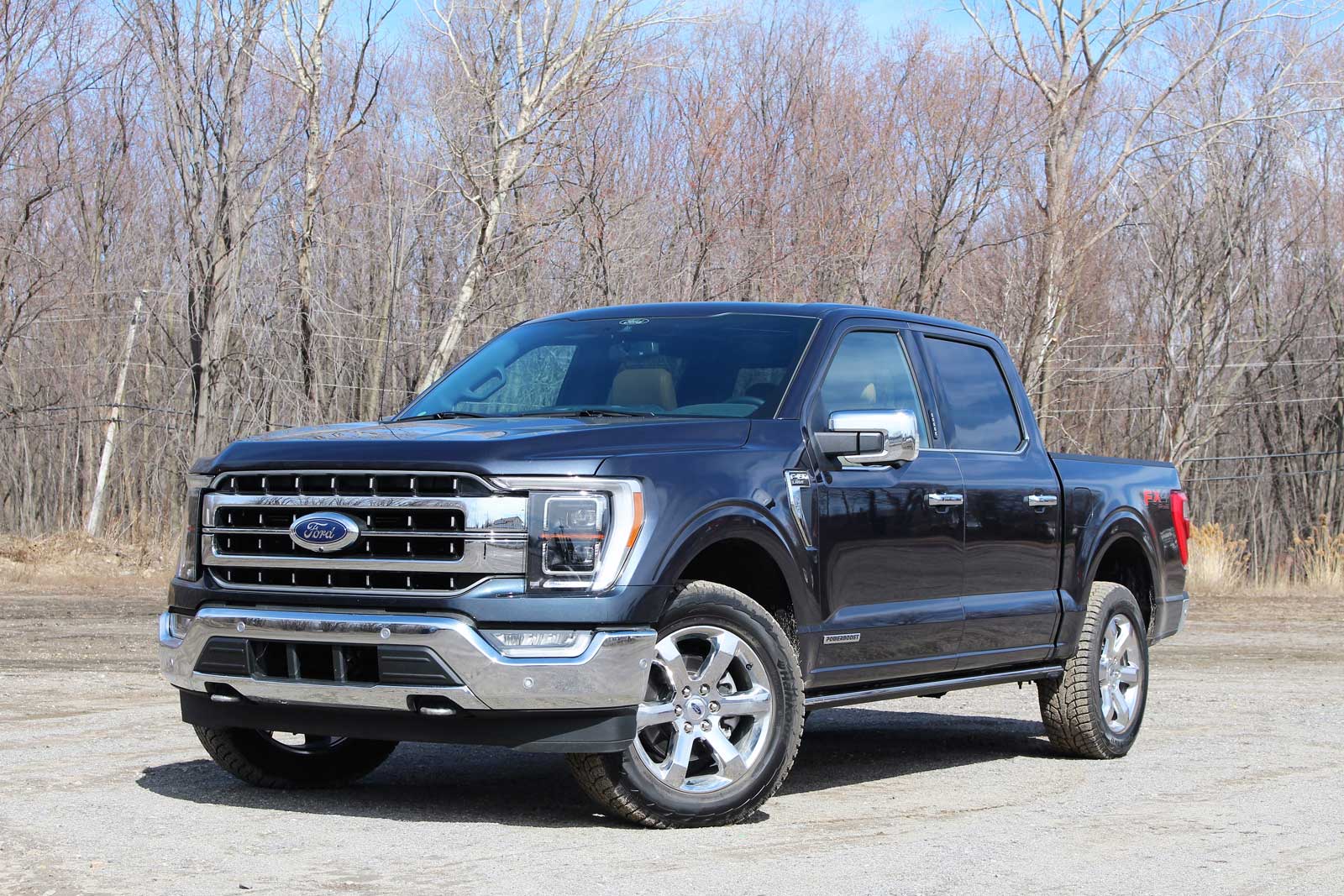 The Ford F Series obviously doesn’t need a presentation. It’s the best-selling vehicle on our market since what seems like forever, and despite its immense popularity, the automaker isn’t resting on its laurels. Each year, it receives changes and improvements, and now, we’re treated to the 2021 Ford F-150 PowerBoost. 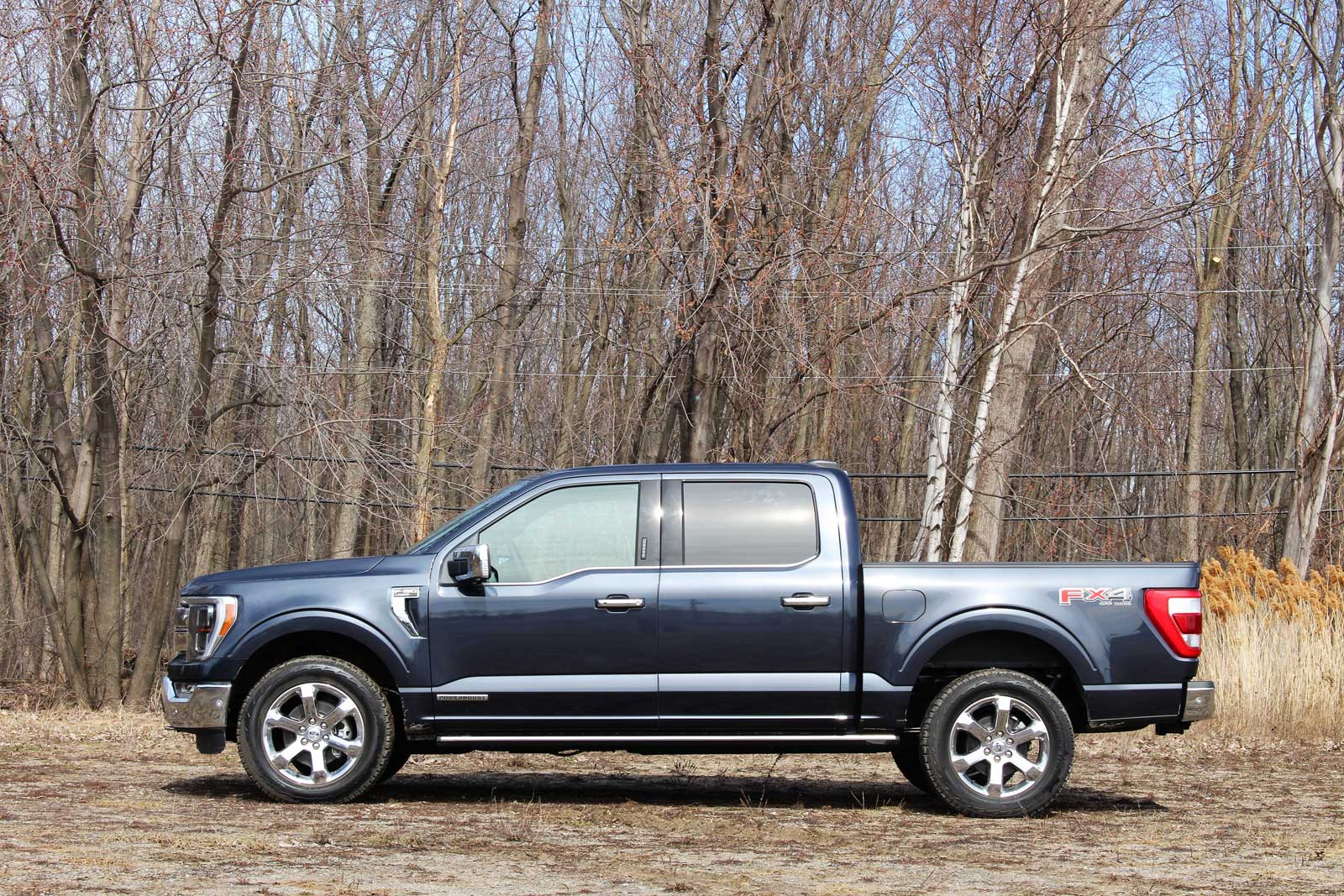 That’s the name of the F-150’s new hybrid powertrain available in SuperCrew configuration. It consists of a twin-turbo 3.5L V6, a 35-kilowatt electric motor, a 1.5 kWh battery pack and a hybrid 10-speed automatic transmission. Output climbs to 430 horsepower and a massive 570 pound-feet of torque. Blastoffs are obviously enjoyable, with a 0-60 mph time of less than six seconds. Not bad for a 5,500-pound (2,500-kilogram) truck when equipped with the 4×4 drivetrain. 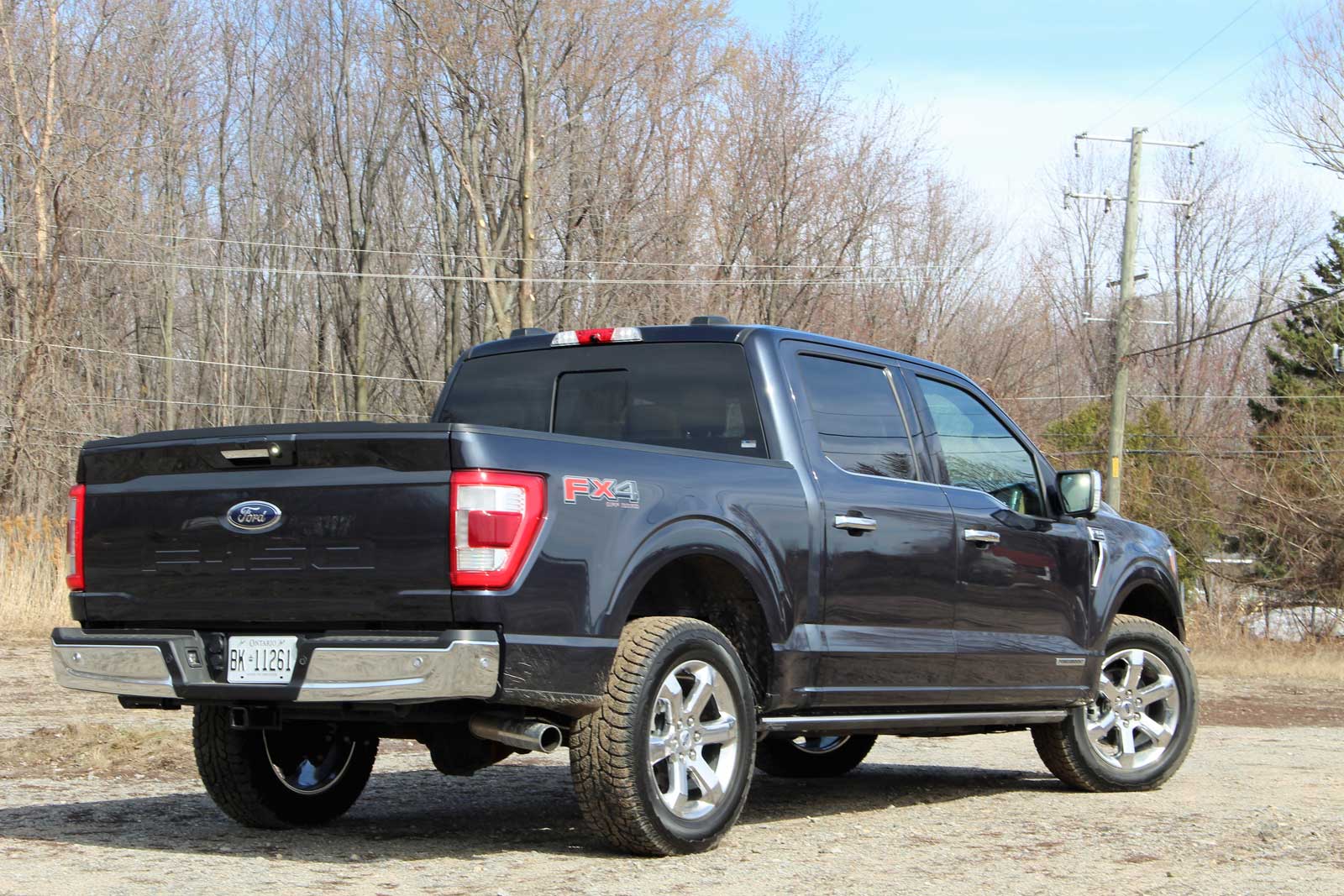 It may not have been completely redesigned, but the changes inside and out are so extensive that it can be called a new generation, the outgoing one having been introduced for the 2015 model year. The overall shape of the pickup truck hasn’t changed, but it boasts a new front end, new wheel designs, new taillights and several minor cosmetic mods. 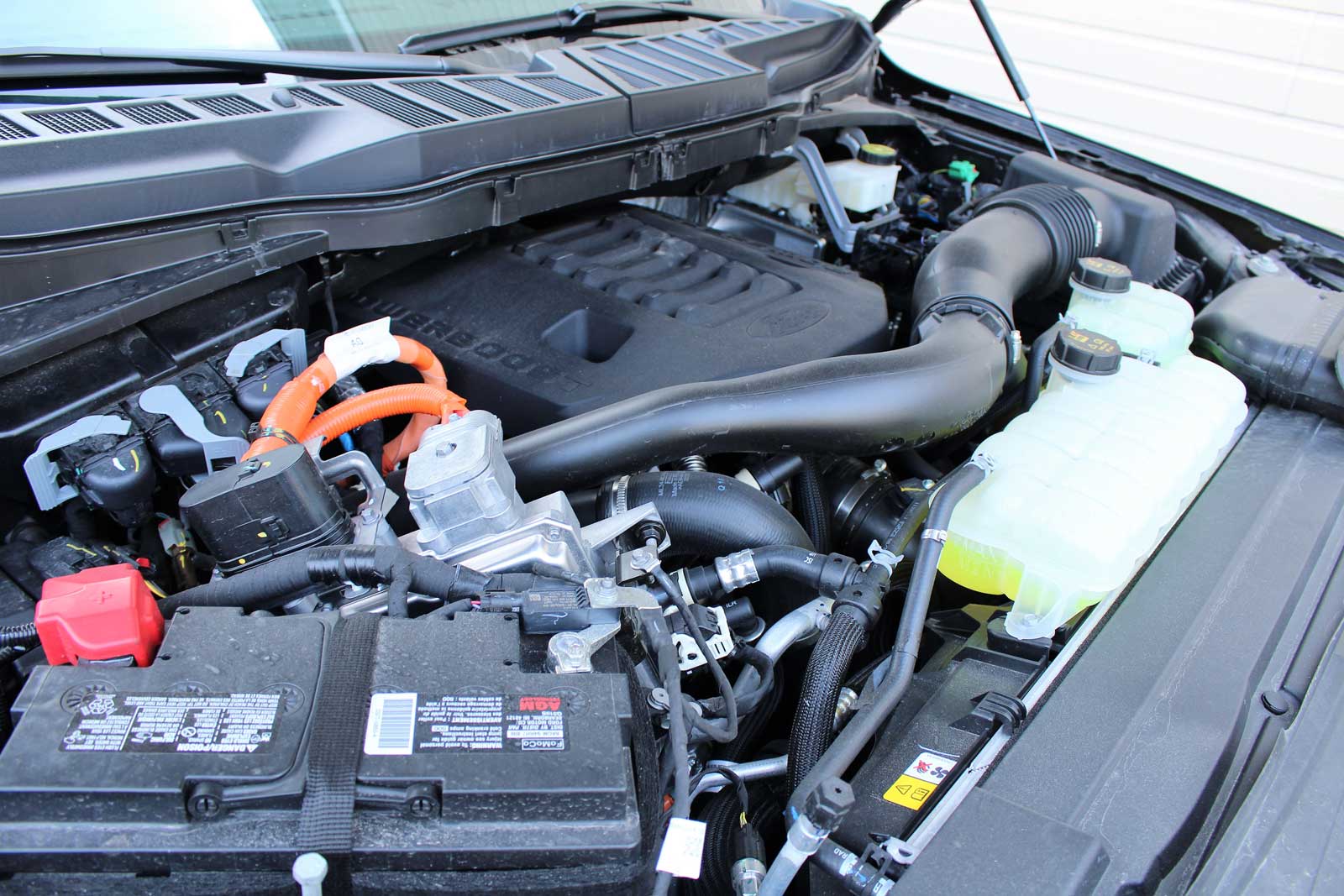 On the other hand, the cockpit has been thoroughly redesigned, with a more modern dashboard that houses a 12-inch infotainment touchscreen and a digital 12.3-inch driver instrument panel in the higher trim levels, such as the Lariat we drove. Over-the-air updates are now available, which means the vehicle’s software will always be up to date, and will improve over time. Tesla has been doing this for years, and General Motors is starting to offer it in its newer products.

The 2021 Ford F-150 with or without PowerBoost gets many improvements and innovations, and the most interesting one is called Pro Power Onboard, which will likely be duplicated by the competition sooner or later. It’s an integrated 2.0 kW generator that’s optional with the EcoBoost 2.7L V6 and 5.0L V8 engines, which includes 120-volt (20-amp) power outlets inside the cabin and in the truck bed to juice up our tools and our camping and recreational accessories. Or keep the house lights on in the event of a power failure. 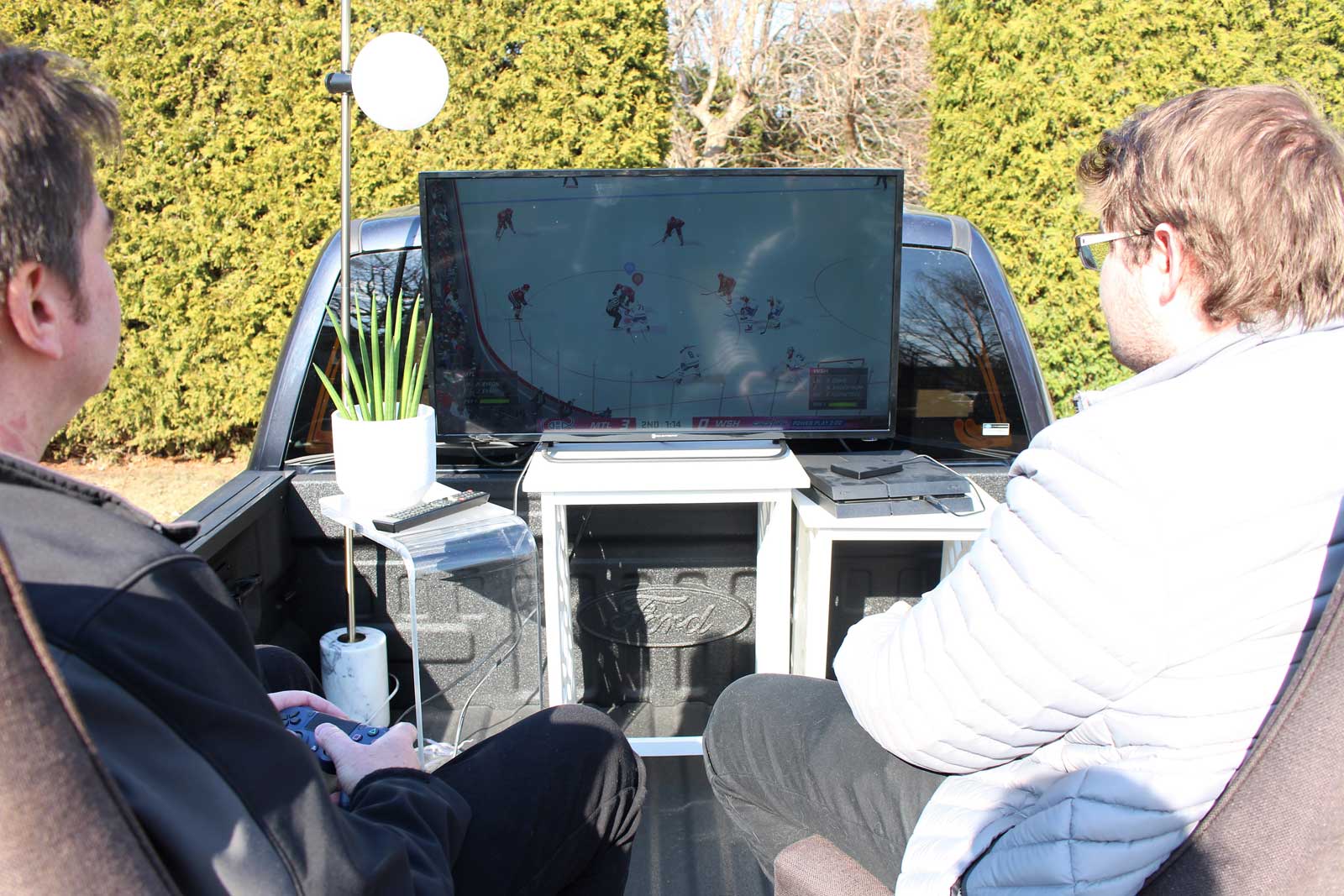 When choosing the hybrid powertrain, a 2.4 kW generator is standard, and can up upgraded to a 7.2 kW system, which adds a 240-volt (30-amp) outlet in the bed, as was the case in our tester. With the hybrid variant, we pull electricity from the battery pack, and the system takes care of occasionally starting up the gas engine to regenerate energy. 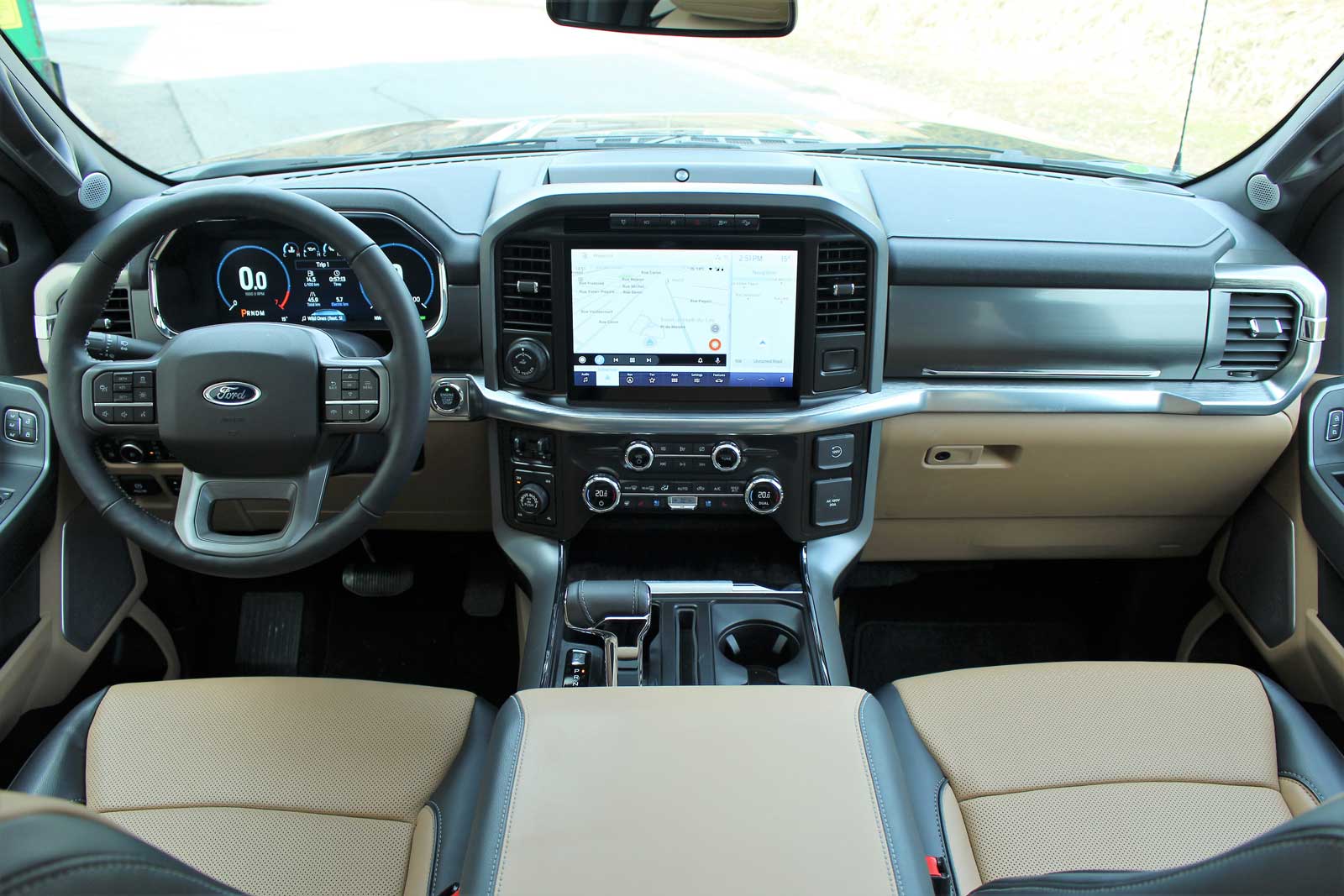 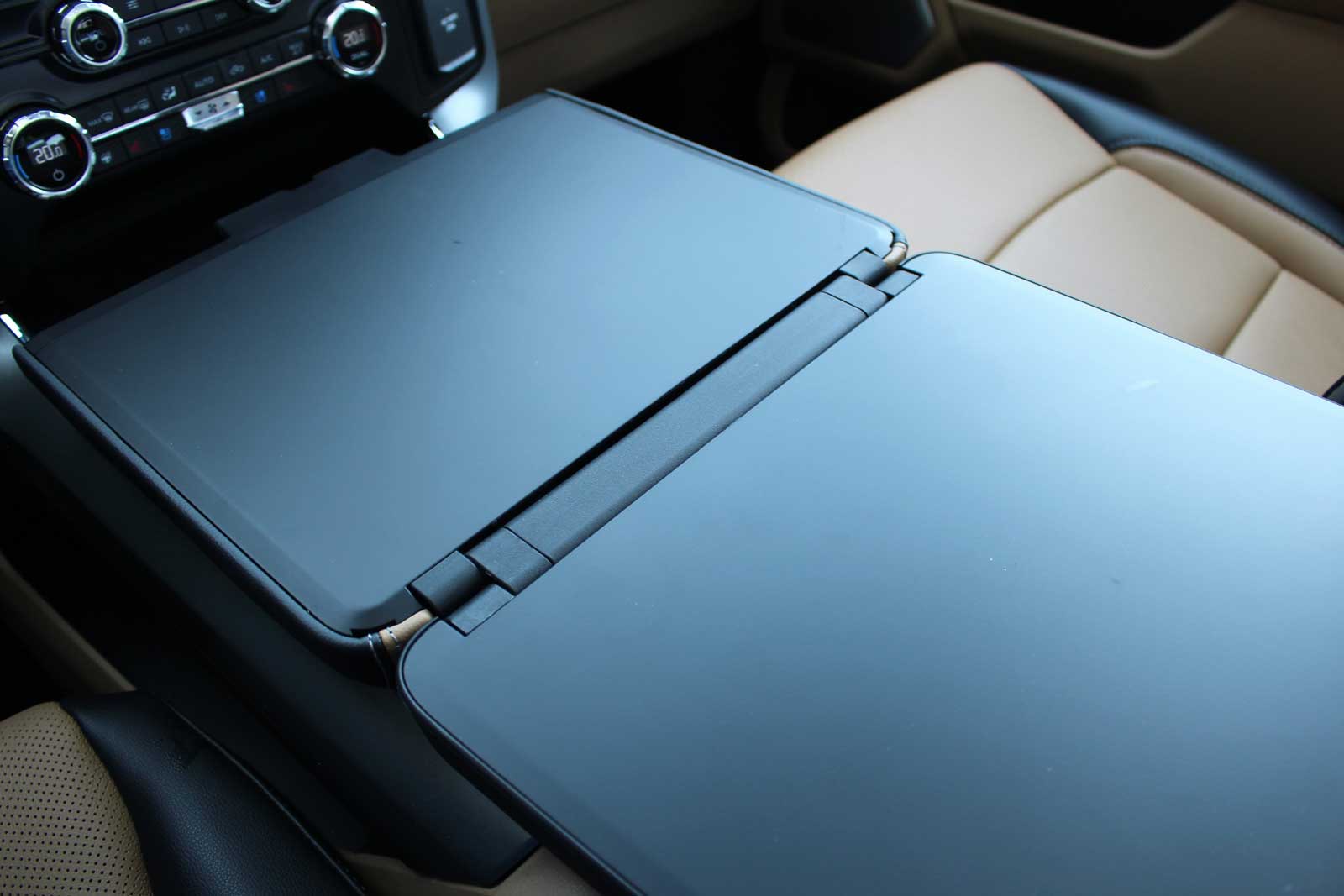 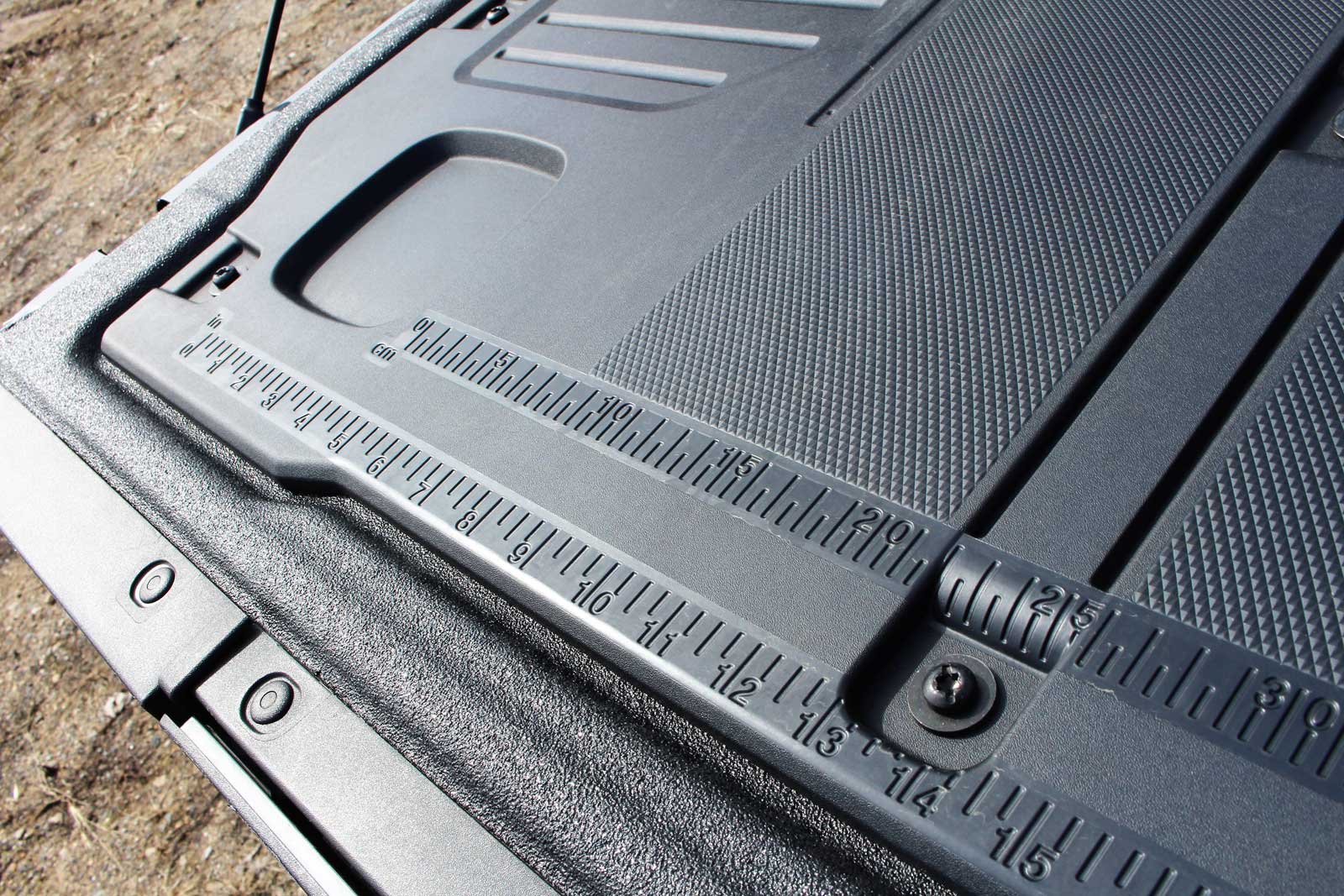 The 2021 Ford F-150 PowerBoost offers unmatched fuel economy without sacrificing much towing capacity, offering strong performance to boot. Adding the hybrid system is a reasonable extra, costing between $2,200 to $5,750 in Canada and between $4,495 and $1,900. It’s almost a no-brainer.

On top of that, the on-board generator is icing on the cake, and the numerous innovations the company has introduced help make this pickup the one to beat—once again.