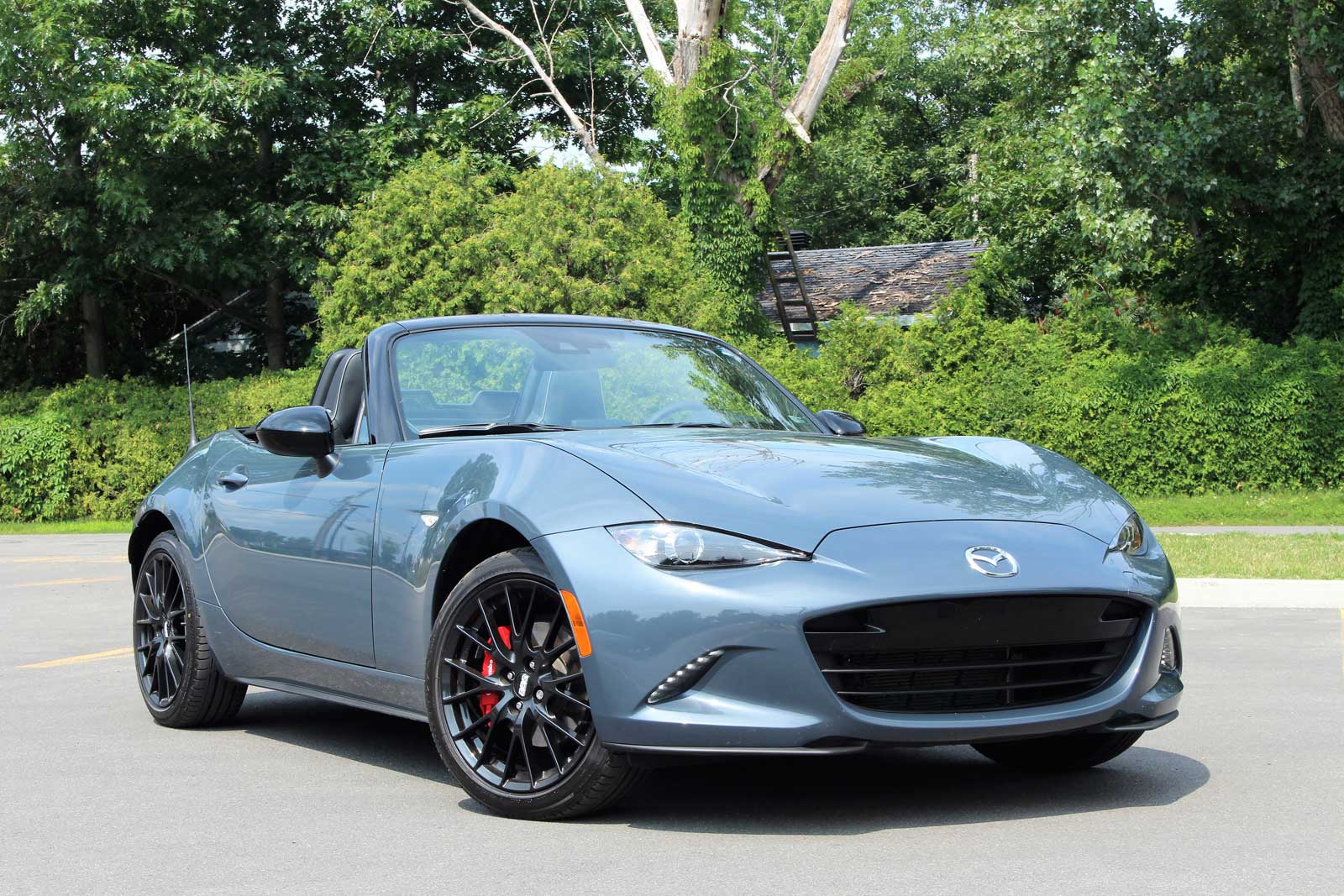 Soft top for the win.

We worked hard all our lives, or most of it, and it’s now time to reward ourselves. Why not a car? One that’s fun to drive and that allows us to soak up the sun during our too-short summers. That’s where the 2021 Mazda MX-5 comes into play.

The MX-5, which is still called the Miata in the U.S., is available with a manual-folding soft top, but also a power-retractable hardtop in the case of the MX-5 RF, the latter being marketed is a more luxurious grand touring car. 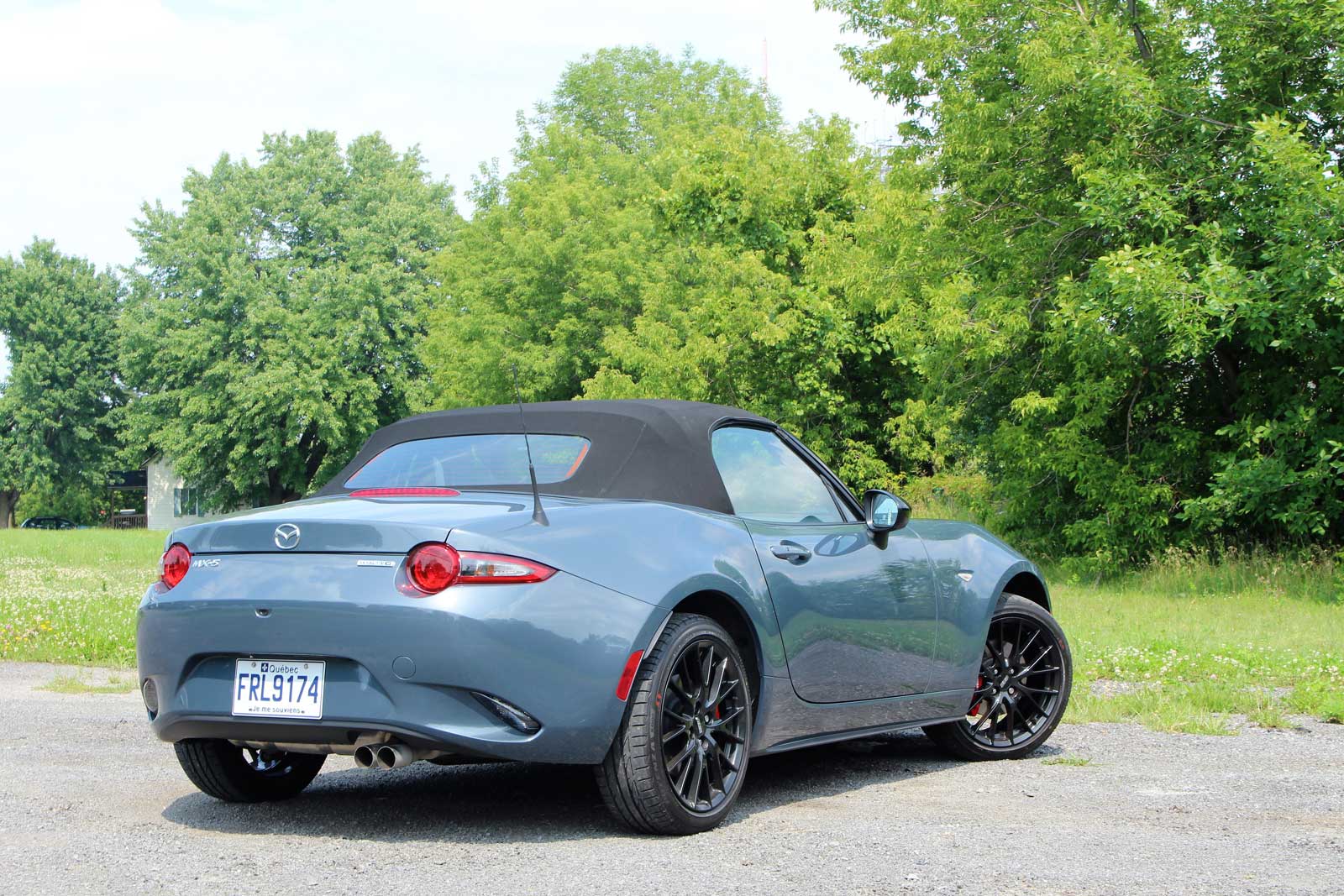 This fourth-generation Miata was developed in collaboration with Fiat, who reportedly wanted to market its own version under the Alfa Romeo brand. The Italian automaker changed its mind and introduced its variant as the Fiat 124 Spider, which is unfortunately no longer on sale in North America since last year.

The Mazda MX-5 2021 has very few adversaries. Among them, we find the MINI Convertible, the Subaru BRZ and the Toyota GR 86, even though the two last ones are obviously coupes and not droptops. We can also consider the Ford Mustang and the Chevrolet Camaro convertibles, which are very different beasts, but positioned in the same price range. 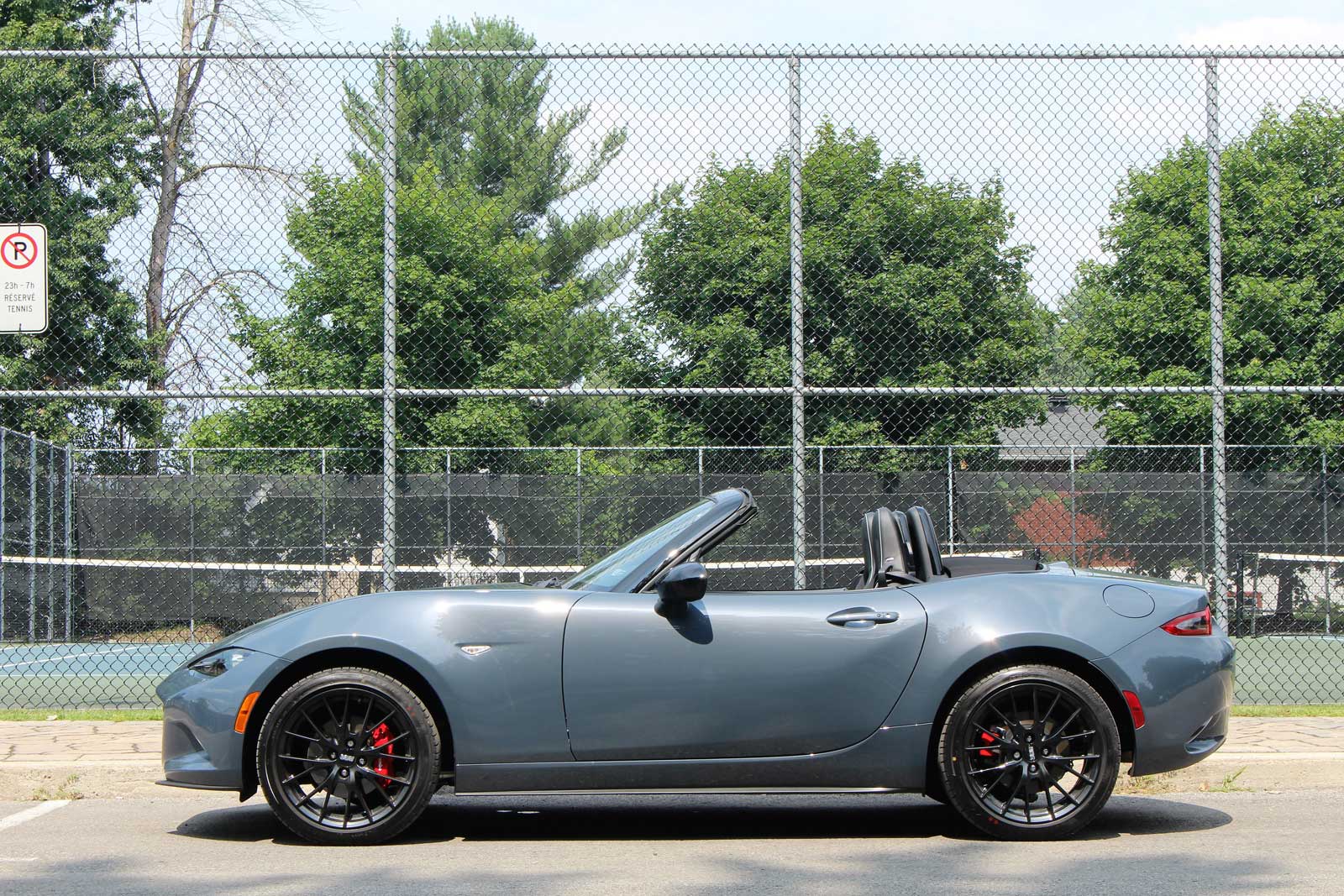 Unsurprisingly, the MX-5 isn’t a torque monster. Its naturally aspirated 2.0L four-cylinder engine develops 181 horsepower and 151 pound-feet, modest numbers compared to those of its competitors, save for the MINI. With a base curb weight of 1,066 kilograms (2,350 pounds), or 1,116 kg (2,460 pounds) in the case of the MX-5 RF, performance isn’t breathtaking, but interesting nonetheless. And we can still row through gears ourselves with its standard six-speed manual transmission, for those who prefer three-pedal driving. 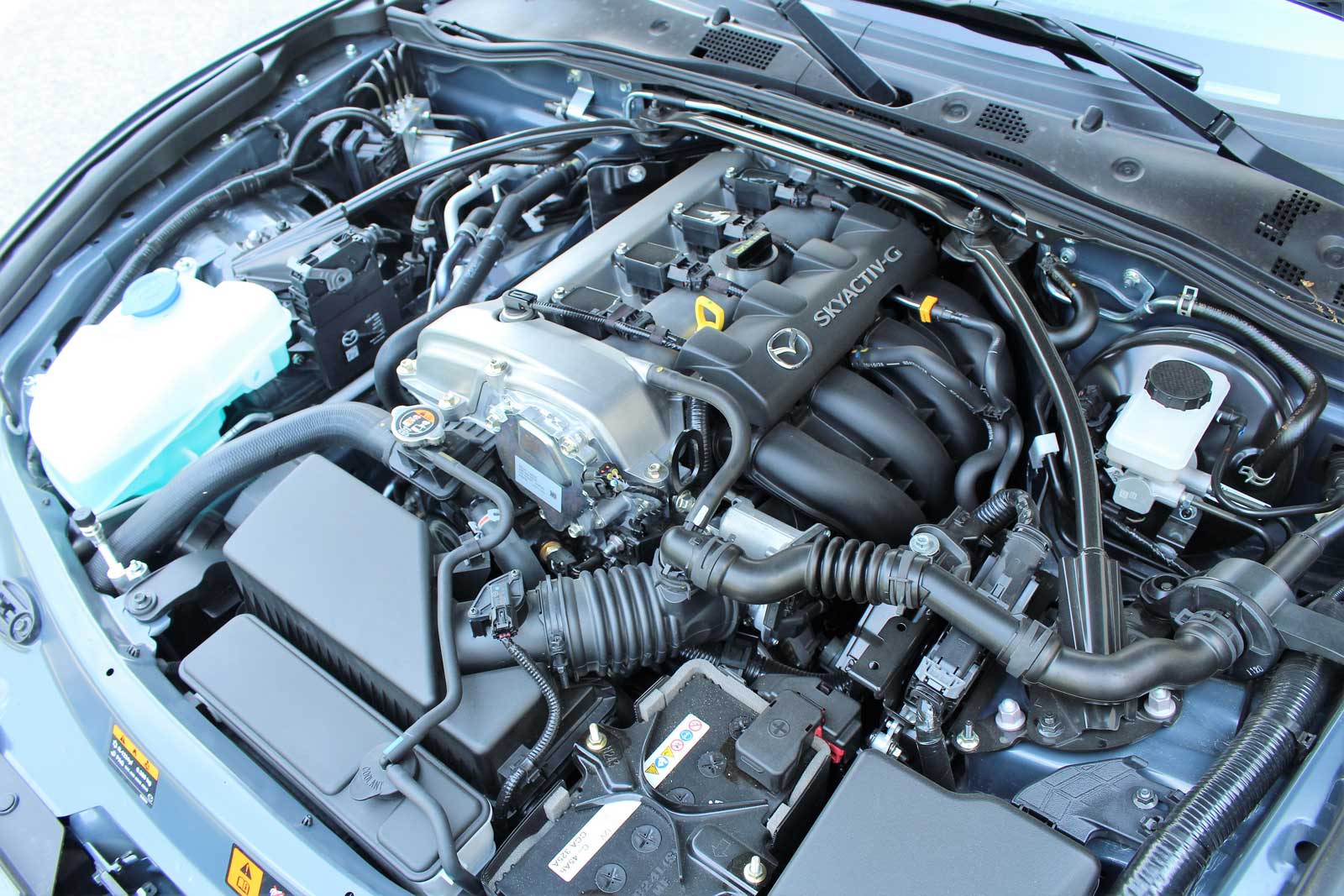 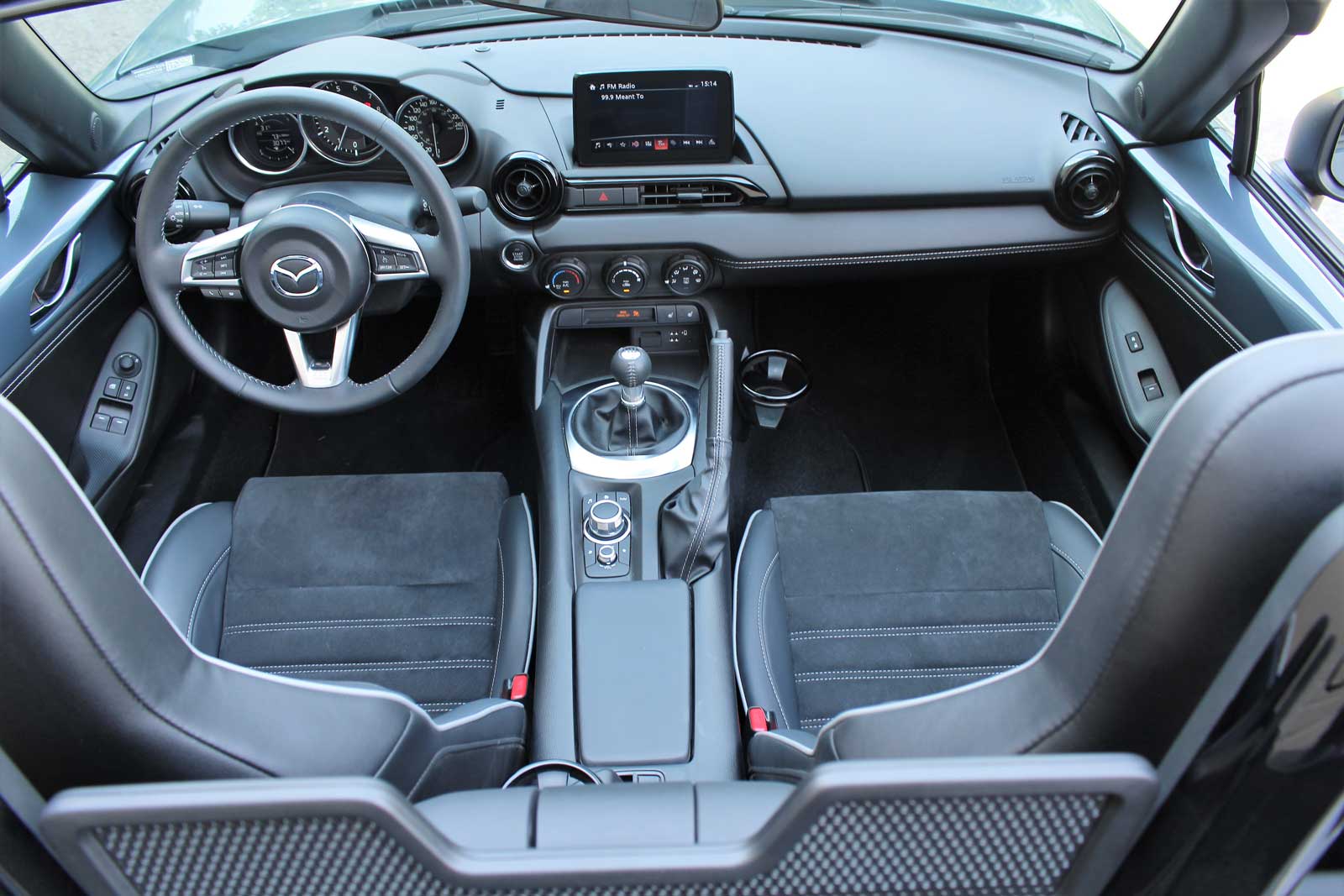 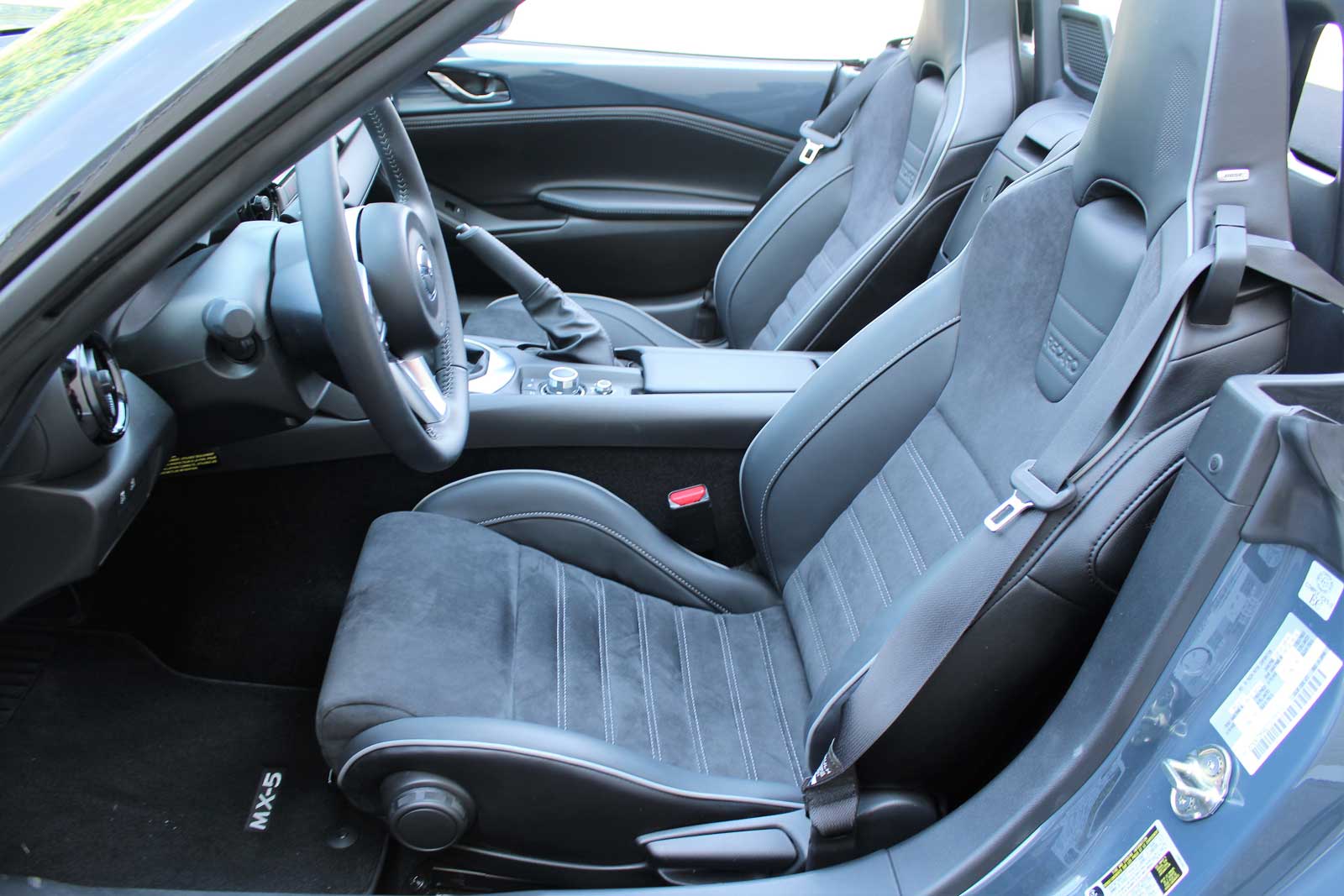 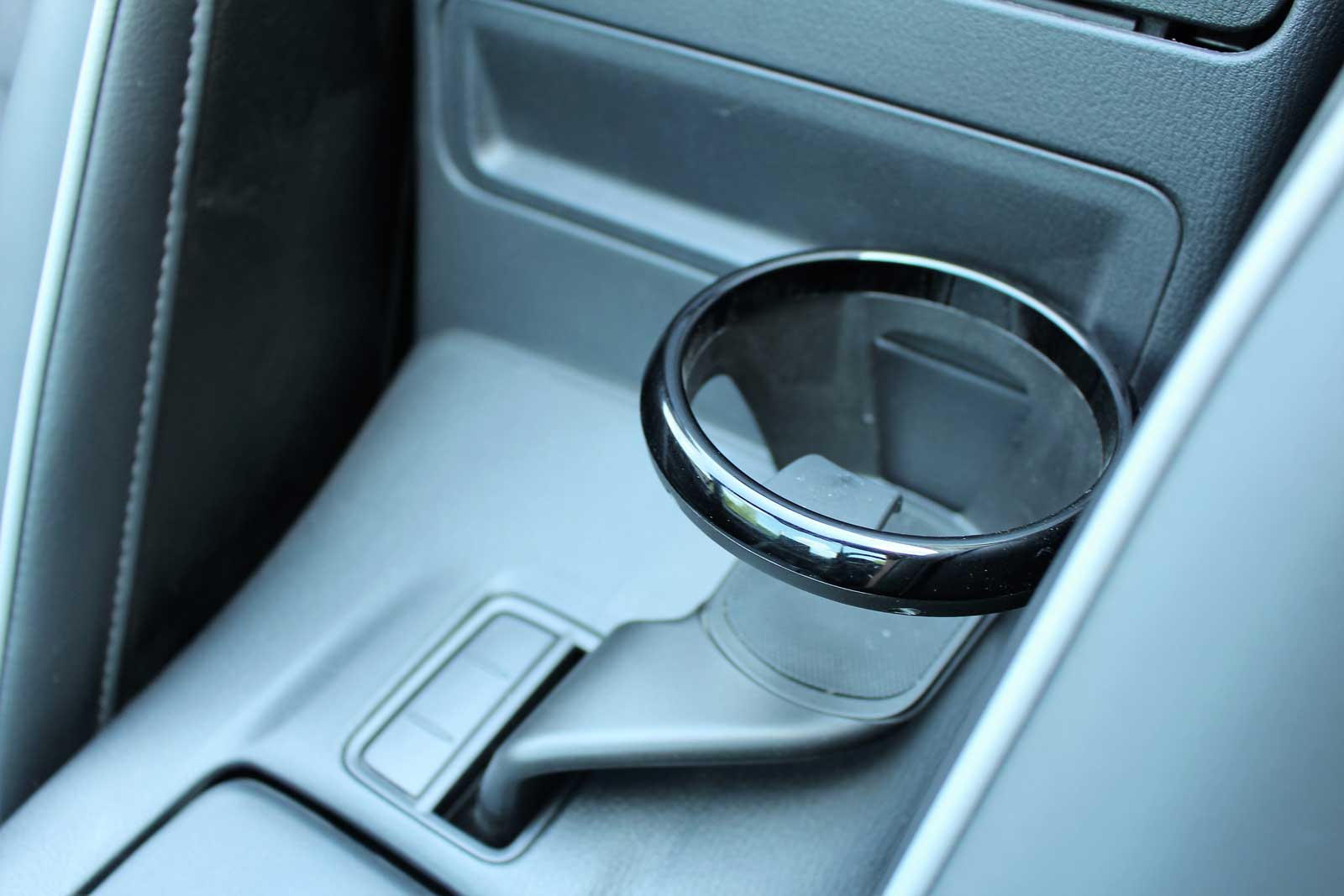 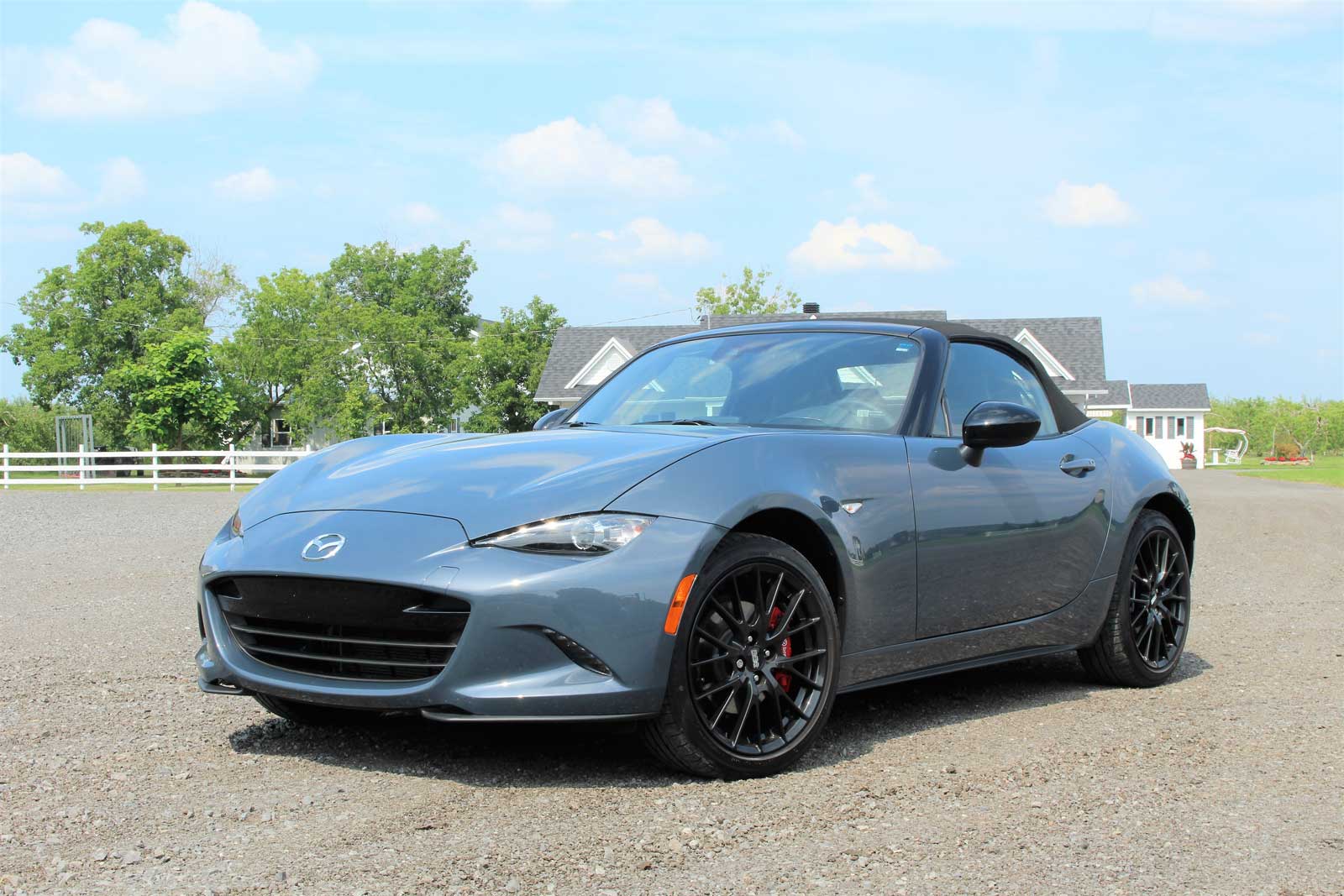 The 2021 Mazda MX-5 Miata is a blast to drive, looks good and doesn’t cost too much to maintain. It’s one of the rare pure sports cars still available on the market, and its convertible top is a bonus for the summer season.

However, shoppers must be aware that this is a small vehicle and has near-zero versatility, other than to put smiles on the faces of its passengers. That may just be enough to deserve a place in our driveway, and if we were choosing, we’d go for a basic, soft-top MX-5 for its bang for the buck. Or a GS-P with the Sport package (Club with Brembo/BBS package in the U.S.) for the supreme driver’s Miata.

According to Tavares, politicians chose electrification and not the auto industry. Stellantis announced some of its electrification plans last September. Both Stellantis’ CEO Carlos...
Read more
Previous articleThe Chrysler 300 Will Come Back for One More Round in 2022
Next articleA Jaguar I-Pace Fire Reminds Us that they too Have LG Chem Batteries