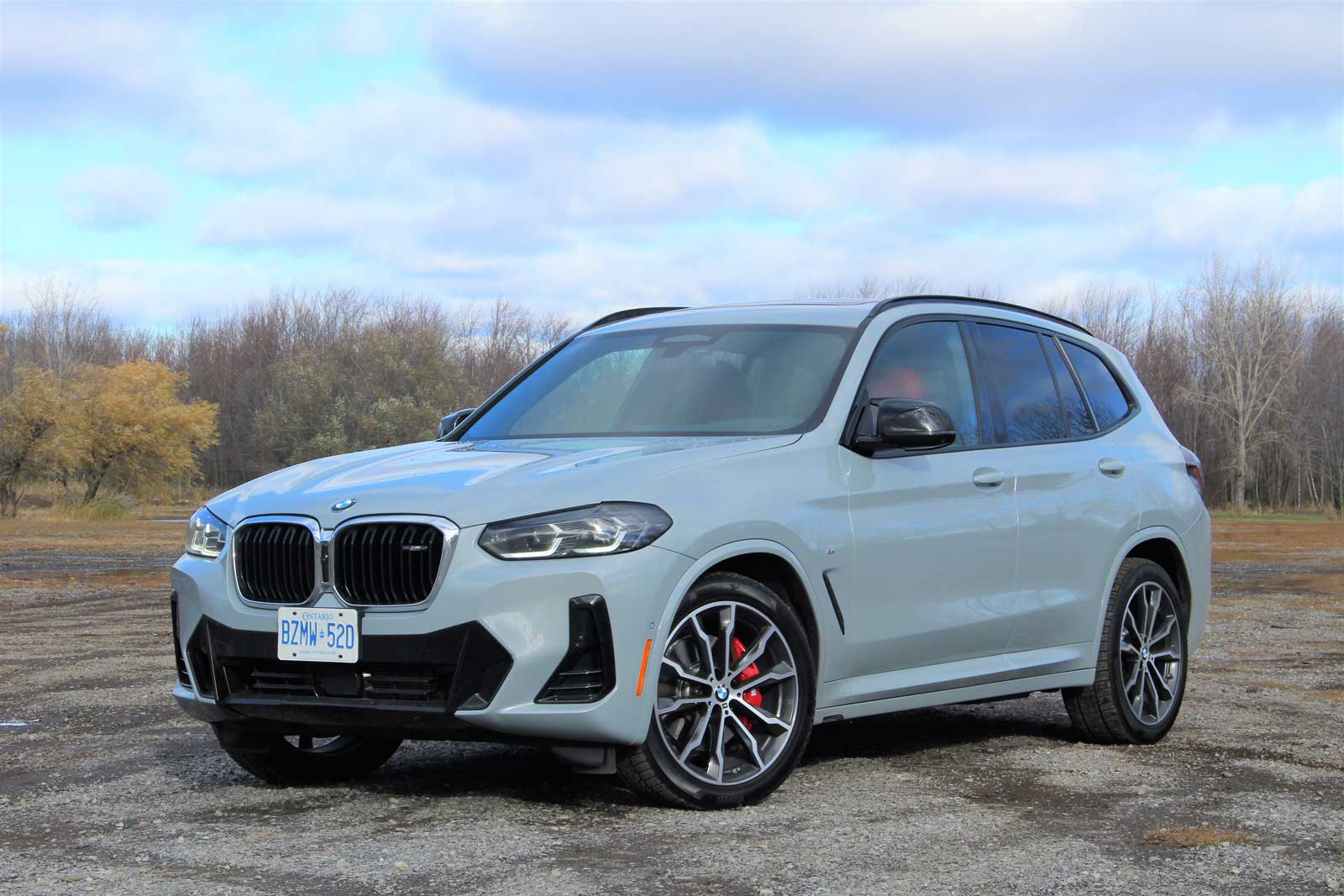 One variant notably stands out.

Compact luxury crossover shoppers have plenty to choose from, but that wide selection could become a head-scratcher if we’re not sure what you’re looking for. However, if we’re into driving dynamics, the 2022 BMW X3 should be on our shortlist.

We’re obviously not teaching anybody anything here, as BMW has been focused on performance and handling for decades, if not forever. On the other hand, the X3 isn’t a one-dimensional vehicle, but it all depends on which variant we choose. 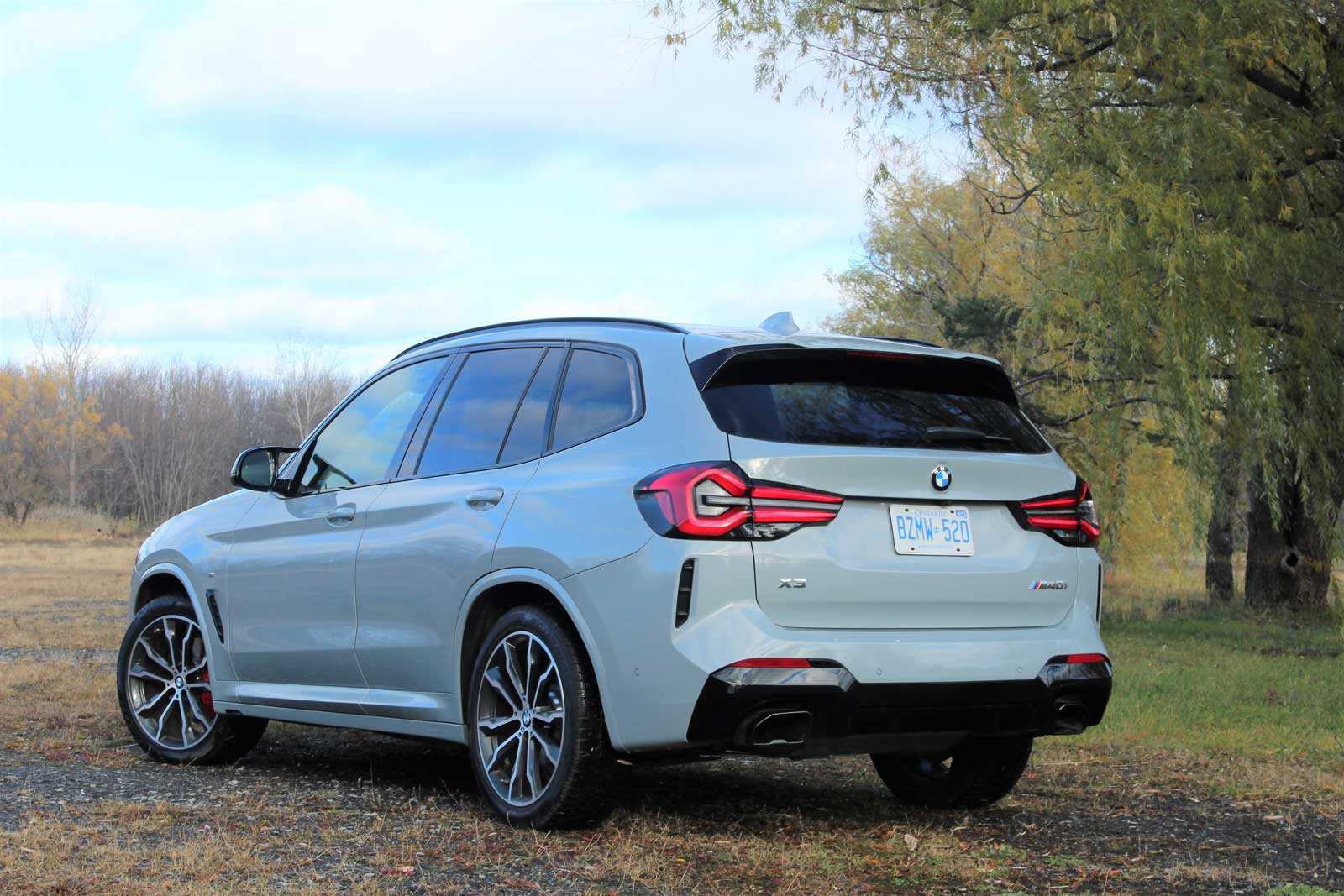 Under the hood, there are several powerplants available. The rear-drive sDrive30i (U.S. only) and AWD xDrive30i get a turbocharged 2.0L four that develops 248 horsepower. It nets 25/24 mpg or 9.9 L/100 km on the combined city/highway cycle, and premium fuel is required, of course. 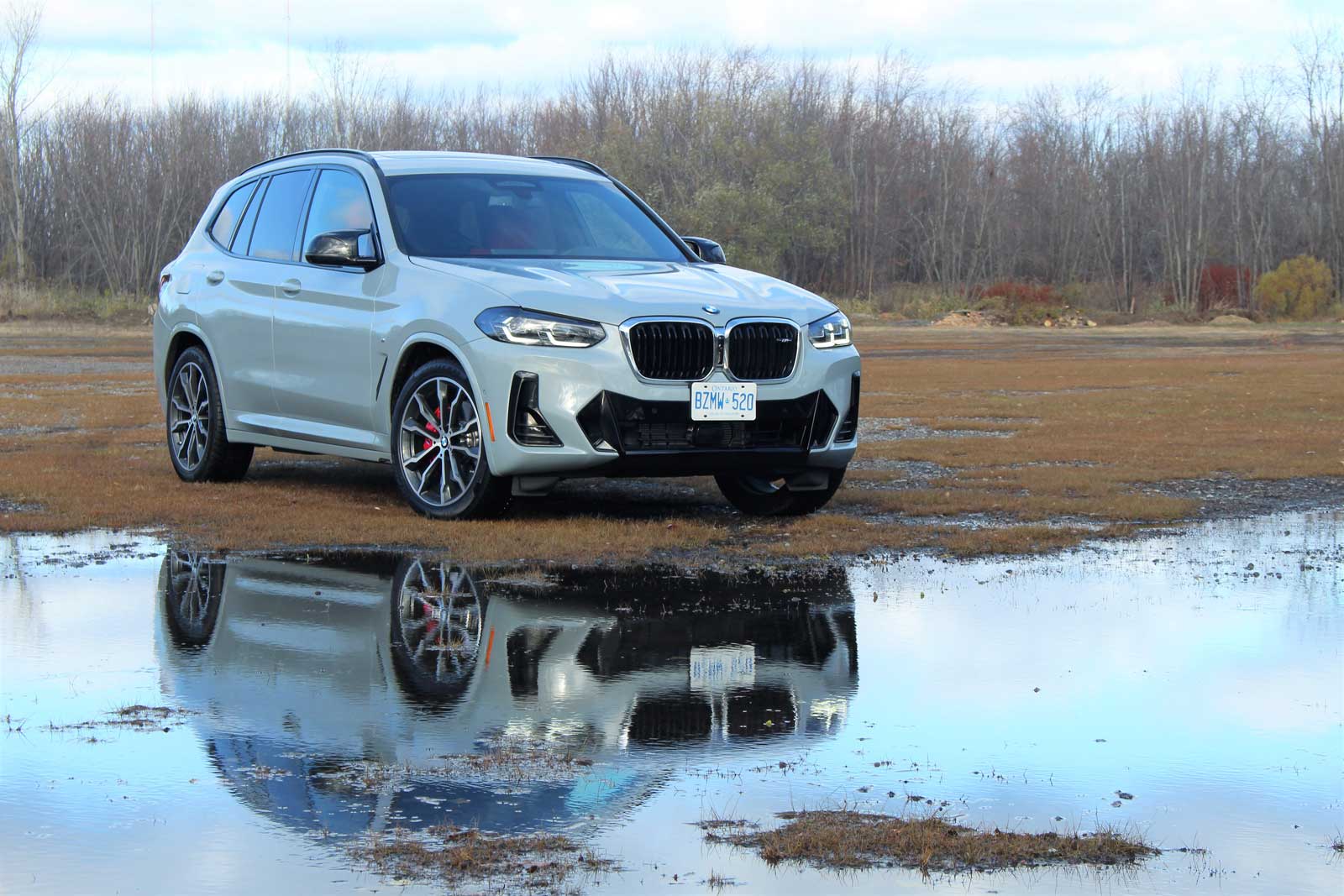 For the 2022 model year, the X3 gets revised front and rear styling, new alloy wheel designs and paint colour changes, along with new interior upholsteries and colours.

The 2022 BMW X3 competes against the Acura RDX, the Audi Q5, the Porsche Macan, the Mercedes-Benz GLC, the Genesis GV70, the Jaguar F-PACE, the Lexus NX, the Volvo XC60 and the Alfa Romeo Stelvio, and indirectly with the Cadillac XT5, the Infiniti QX50 and the Lincoln Corsair. 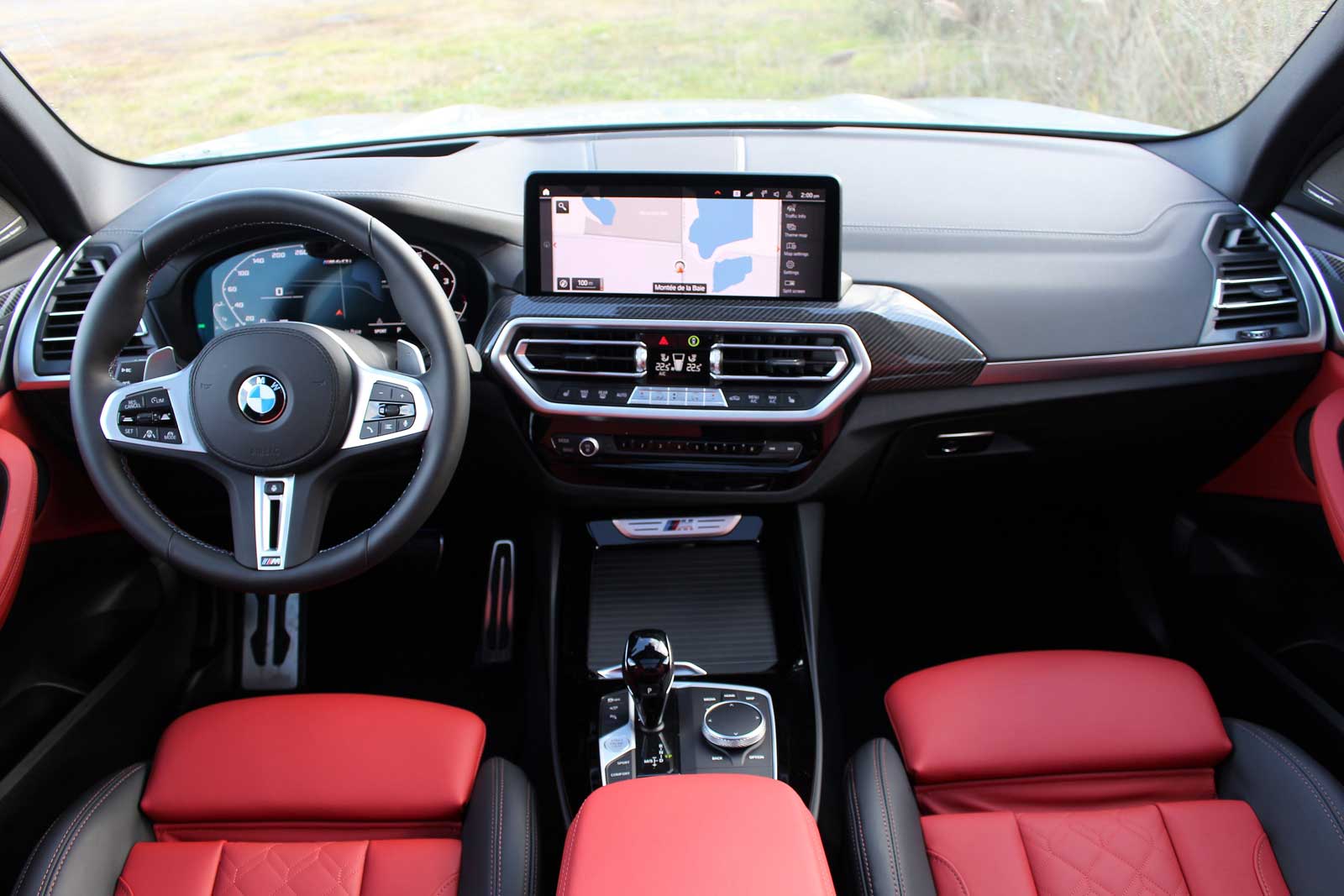 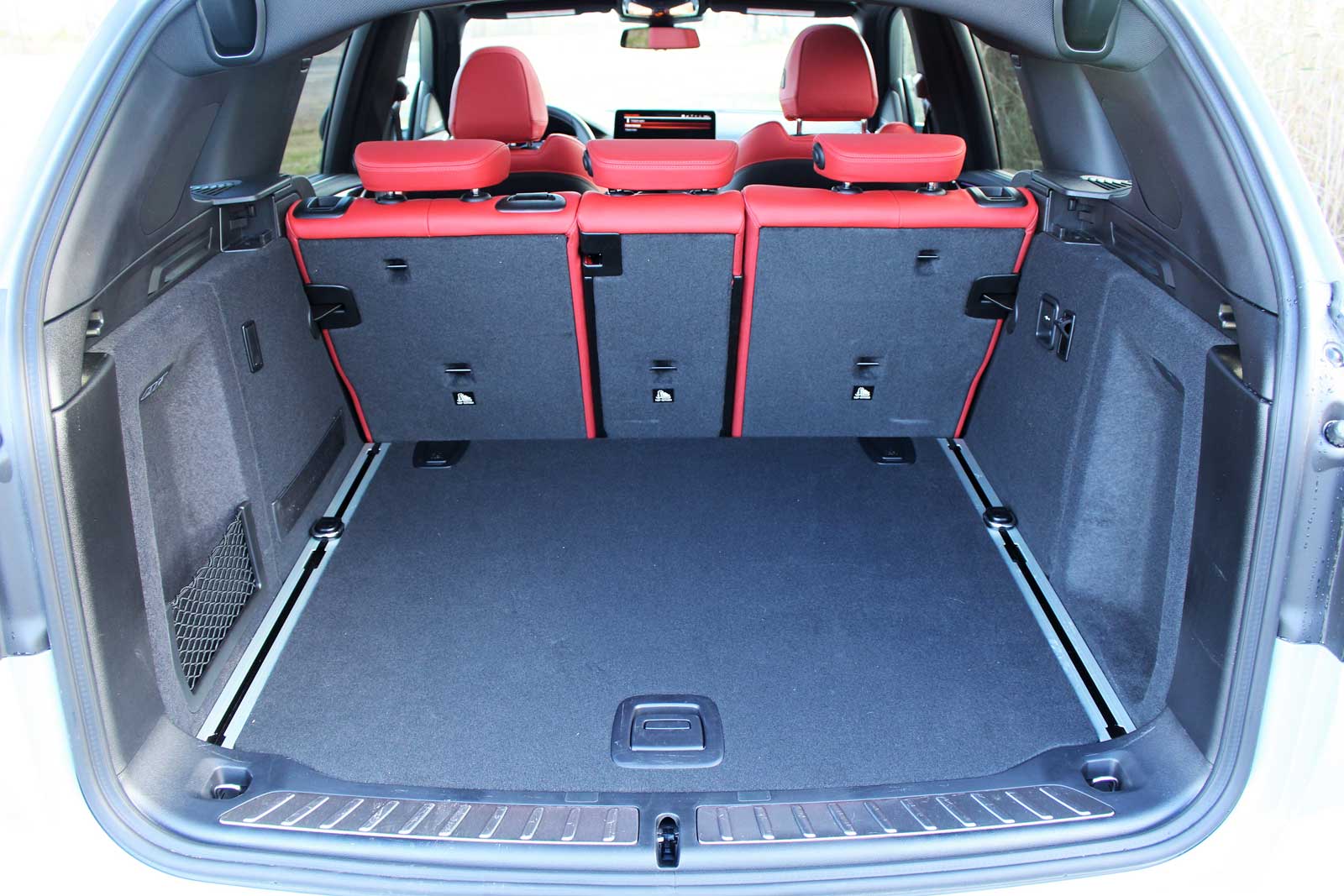 The 2022 BMW X3 is a solid choice in the compact luxury crossover category. The third-generation model has been around since the 2018 model year, and although the mid-cycle changes aren’t significant, major improvements weren’t necessary.

Those who want a fun-to-drive vehicle will be pleased with the X3, but buyers should note that this crossover doesn’t necessarily come cheap, at least in its most popular variant. For the negligible fuel economy difference, and if our budget can swing the higher monthlies, we’d go for the M40i, listed at $57,800 in the U.S. and $68,000 in Canada. It’s the all-around best of the bunch with a swell mix of performance, sound, features and fuel economy.

The last Montreal Auto Show was held in January 2020, just weeks before the pandemic broke out. The event is once more being...
Read more

Toyota and Volkswagen Believe the Semiconductor Shortage will Ease in 2023

The Ford F-Series pickup is tops among the most popular cars in Canada. The Toyota Corolla topples the Honda Civic and becomes the...
Read more
Previous articleFord Ranger Raptor Breaks Cover on February 22nd
Next article2022 Volkswagen Taos Review: This is Your New Golf