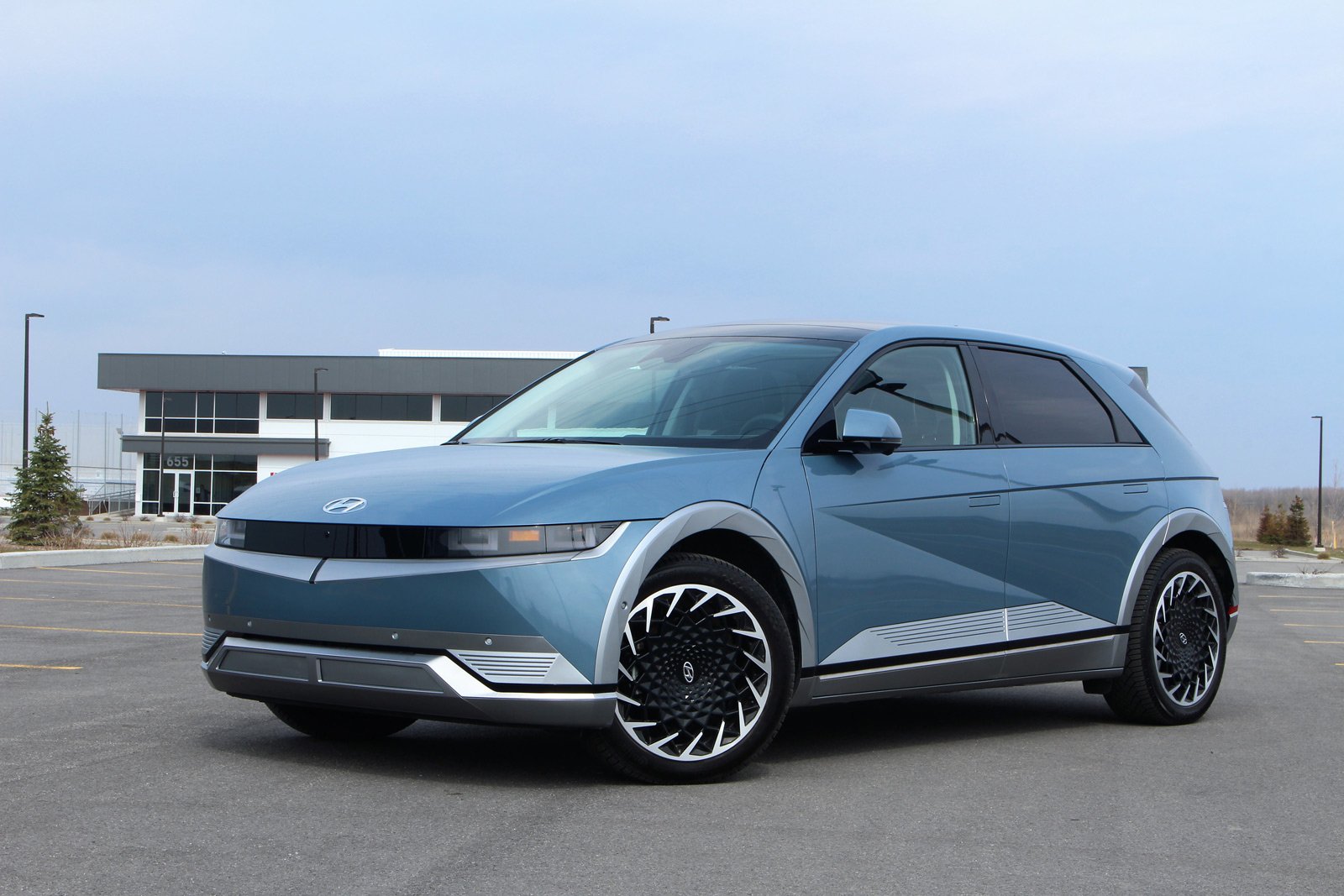 Sure, if you can find one.

The 2022 Hyundai IONIQ 5, the Korean brand’s most recent fully electric vehicle, but certainly not the last, made in strong entrance in the U.S. and Canadian markets. In areas more favourable to EVs, such as California and the province of Quebec, we’re already seeing many of them on the roads, and it’s pretty tough not to notice them.

The IONIQ 5 is the first of a whole family of fully electric vehicles, which will soon be followed by the IONIQ 6 sedan. In the case of the IONIQ 5, we’re looking at a crossover that’s a little hard to categorize, as it’s bigger than a conventional compact vehicle, but boasts smaller exterior dimensions than those of the Hyundai Santa Fe. On the other hand, it rides on a long 118.1-inch or 3,000-millimetre wheelbase—the Hyundai Palisade’s is 114.2 inches or 2,900 mm long—which allows for midsize vehicle cabin space. 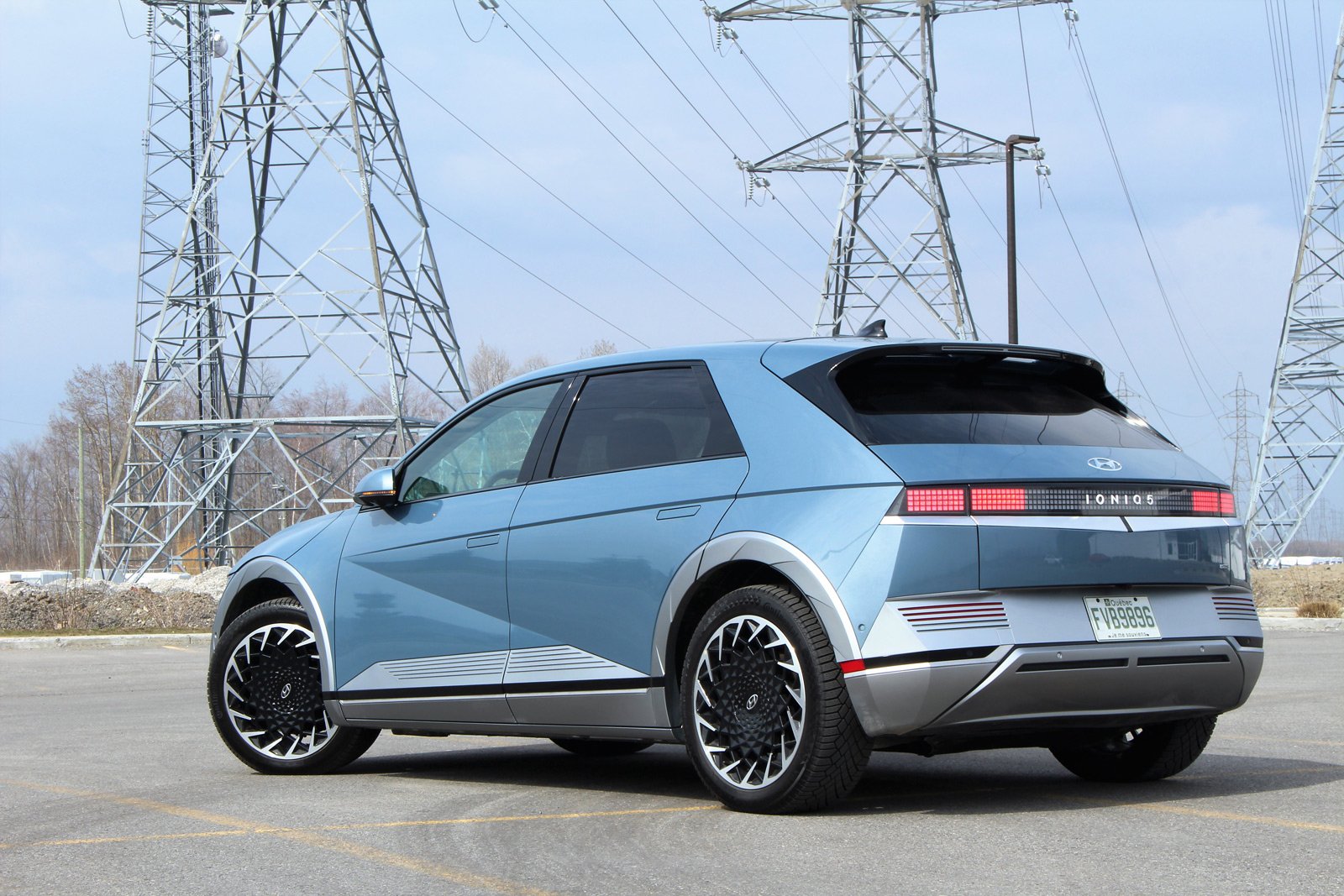 It might seem a little confusing, but here’s what we need to know: the 2022 Hyundai IONIQ 5 is bigger and more spacious than a Hyundai Kona Electric. The IONIQ 5’s base price is a few thousand dollars more than the Kona’s in the U.S., but only a few hundred dollars more in Canada, which partly explains its popularity. In fact, it’s so popular that available units on dealer lots are few and far between. 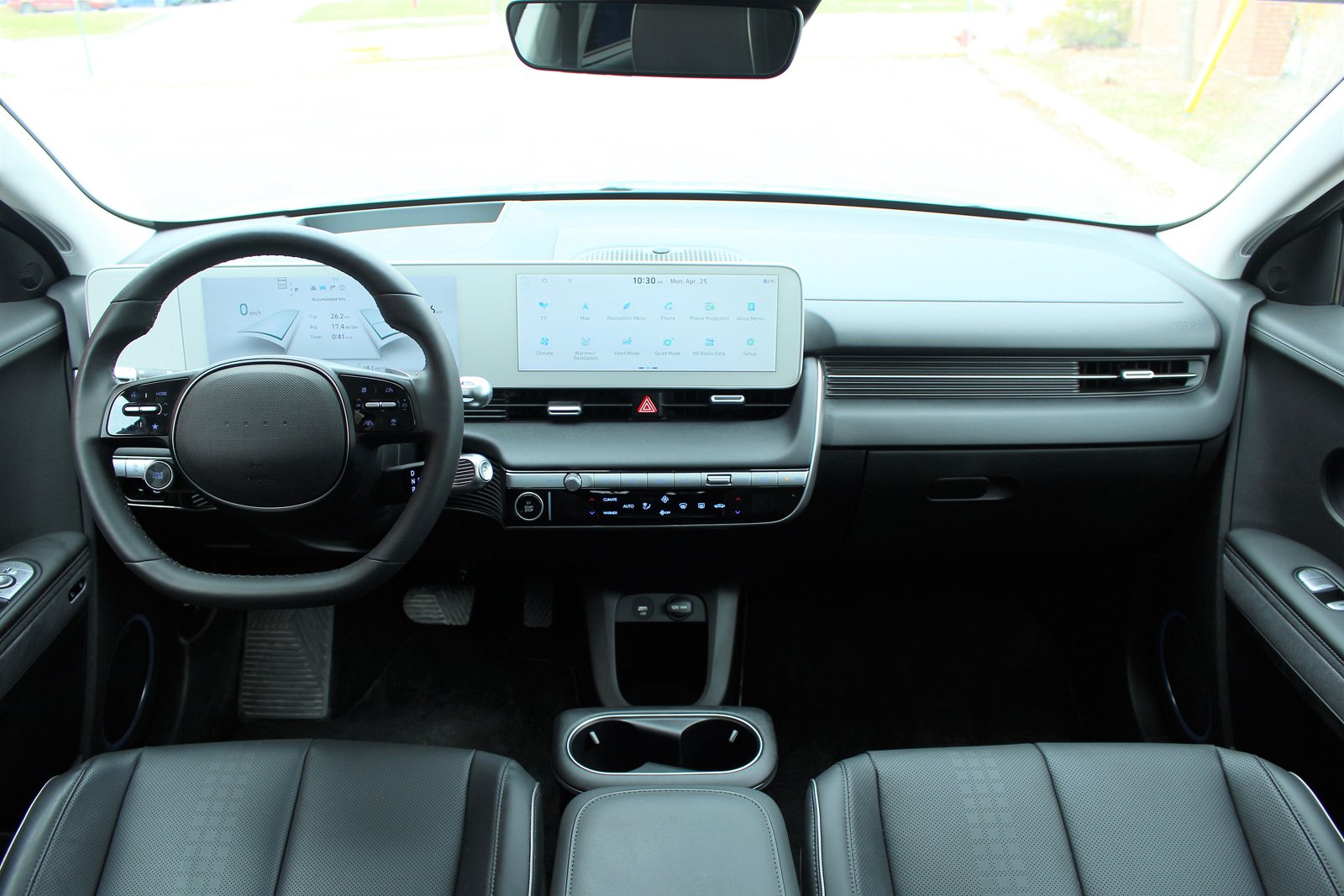 The base IONIQ 5 trims rely on a single electric motor driving the rear wheels, which produces 168 horsepower and 258 pound-feet of torque. According to the automaker, the 0-60 mph or 0-100 km/h dash takes roughly 8.5 seconds. The 58 kWh battery pack provides a driving range of 220 miles or 354 kilometres on a full charge, which is more than adequate for the daily grind, and it takes 6.3 hours to recharge on a 240V outlet.

When choosing one of the Long Range variants, the 2022 Hyundai IONIQ 5’s electric motor gets an output boost to 255 horsepower, while torque is unchanged. The 77.4 kWh battery pack provides a range of 303 miles or 488 km, and it takes 8.5 hours to fully recharge it. Meanwhile, the IONIQ 5 with AWD benefits from two electric motors for a total output of 320 horsepower and 446 pound-feet of torque, and the 0-60 mph or 0-100 km/h sprint is cleared in a little over five seconds. Range drops to 256 miles or 414 km. 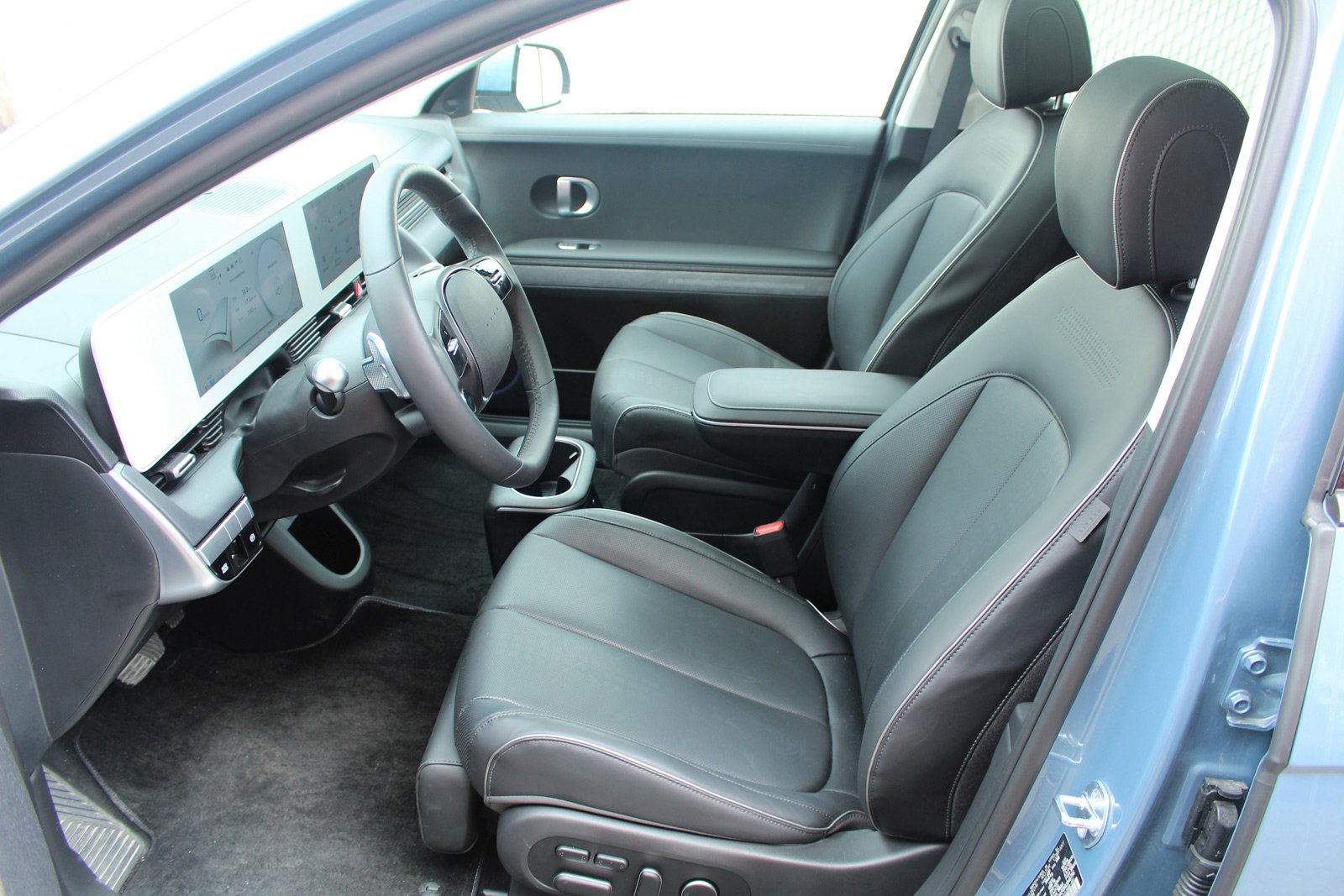 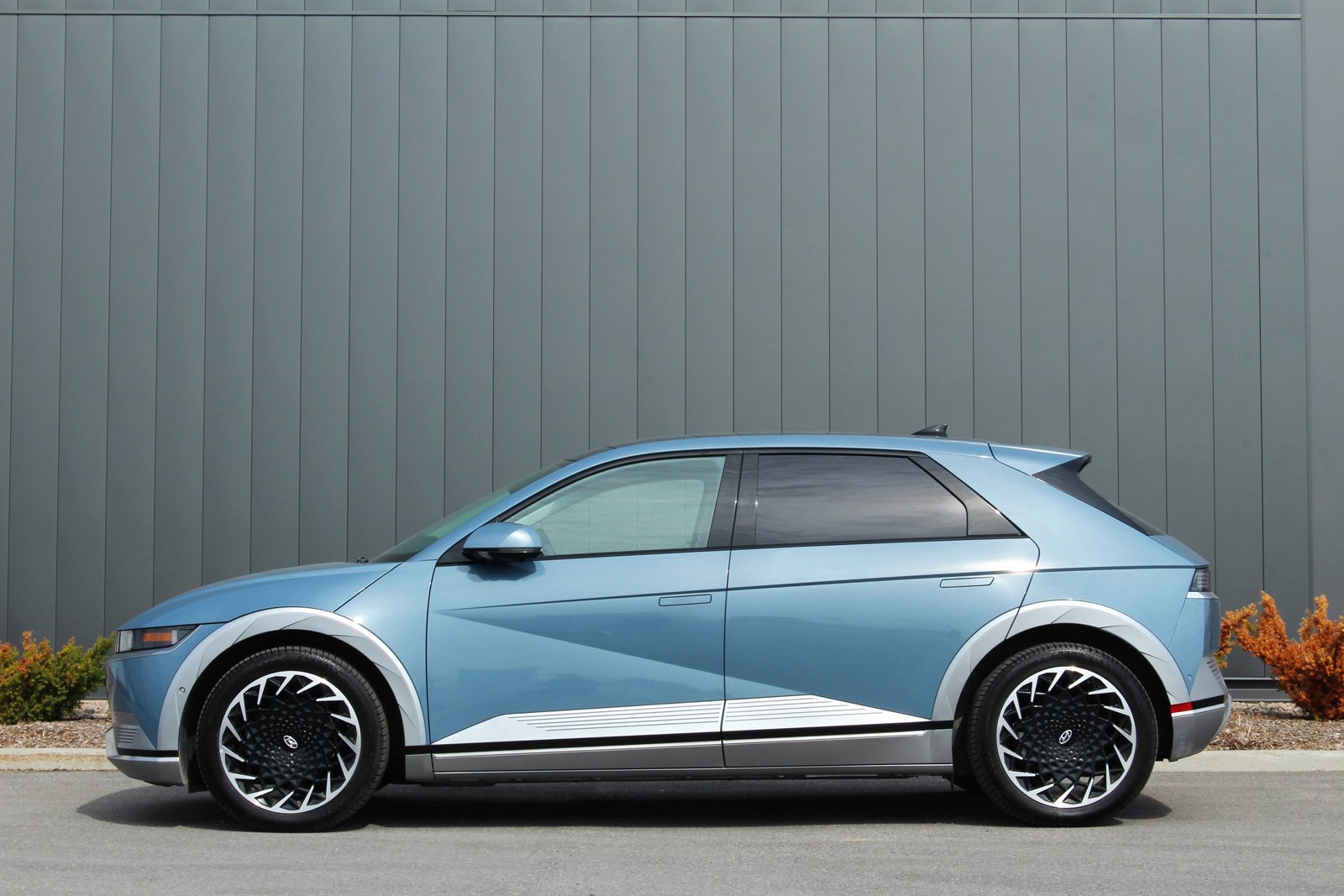 As for the 2022 Hyundai IONIQ 5’s competition, the range of the Ford Mustang Mach-E and Kia EV6 are similar, while that of the Polestar 2 and the Volkswagen ID.4 vary between 245 and 275 miles or 394 and 435 km. the IONIQ 5 consumes slightly less energy than its rivals, save for the EV6 with which it shares its mechanical components.

A battery heat pump is included on AWD variants of the IONIQ 5 in the U.S., and in all trims except base Essential in Canada. That’s a good feature to have in colder temperatures as it heats up the system more quickly, which is turn makes the vehicle more efficient. The costliest trims also get bi-directional (V2L) charging, which means we can plug in electrical devices to the vehicle, which can become handy while camping, for example. 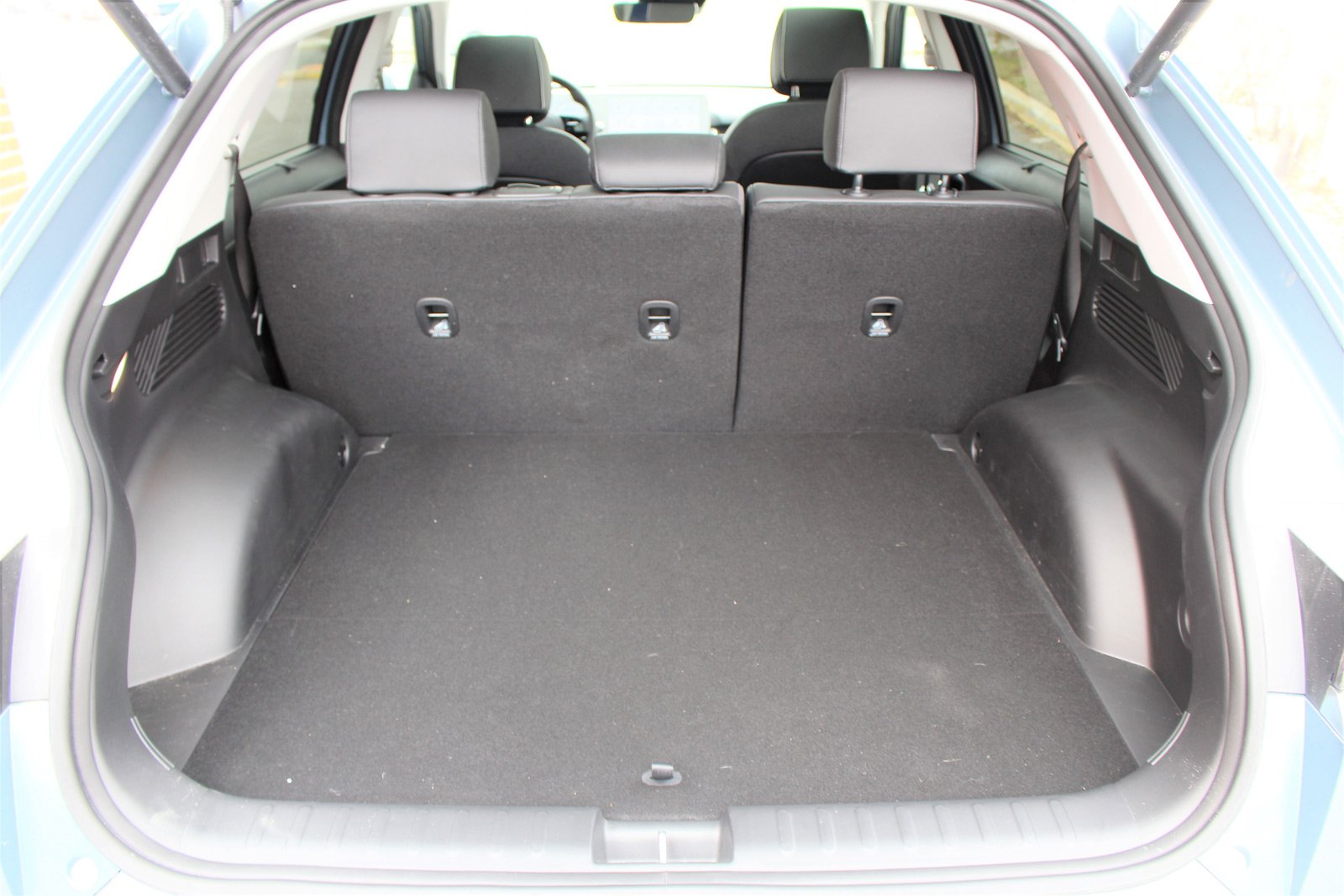 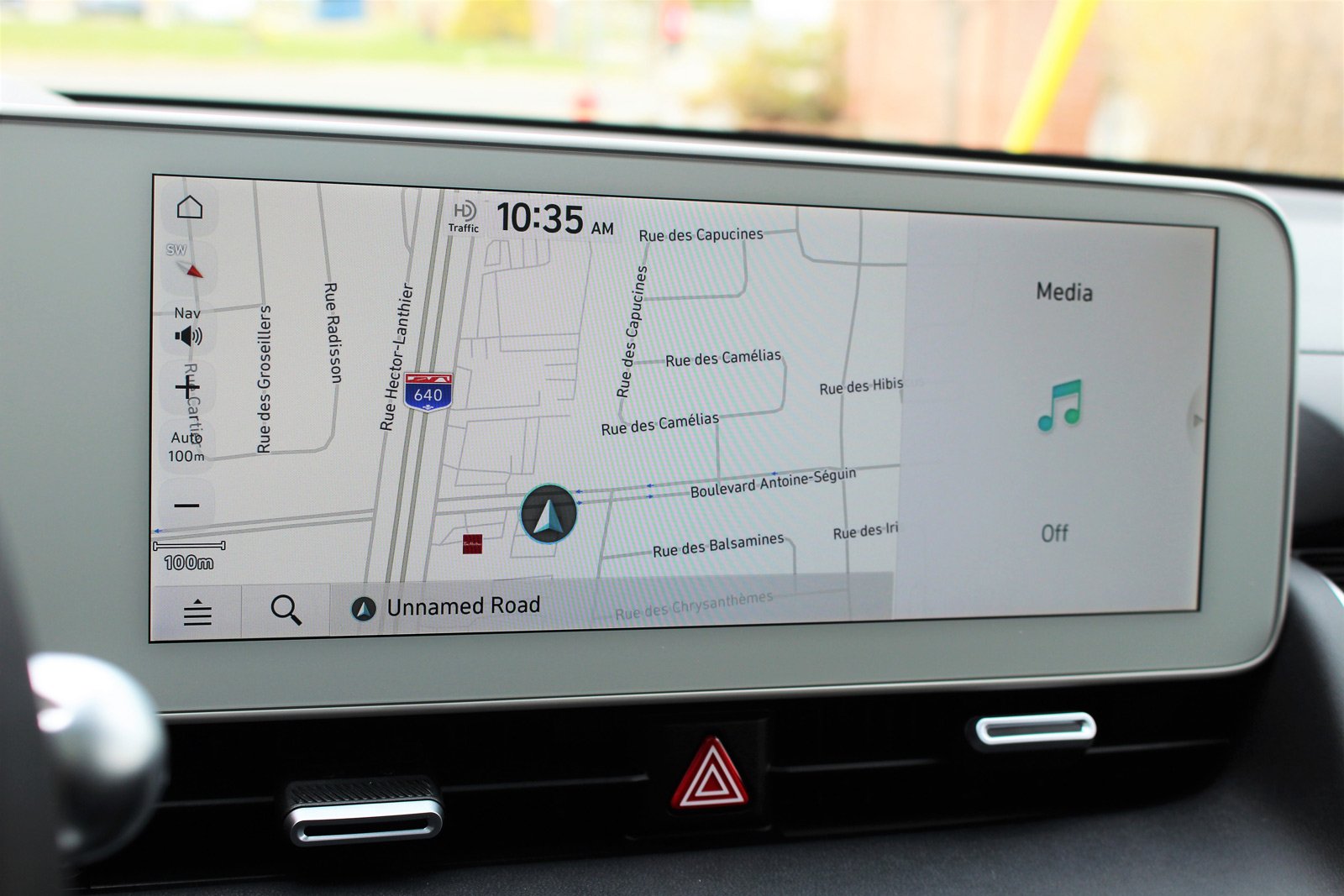 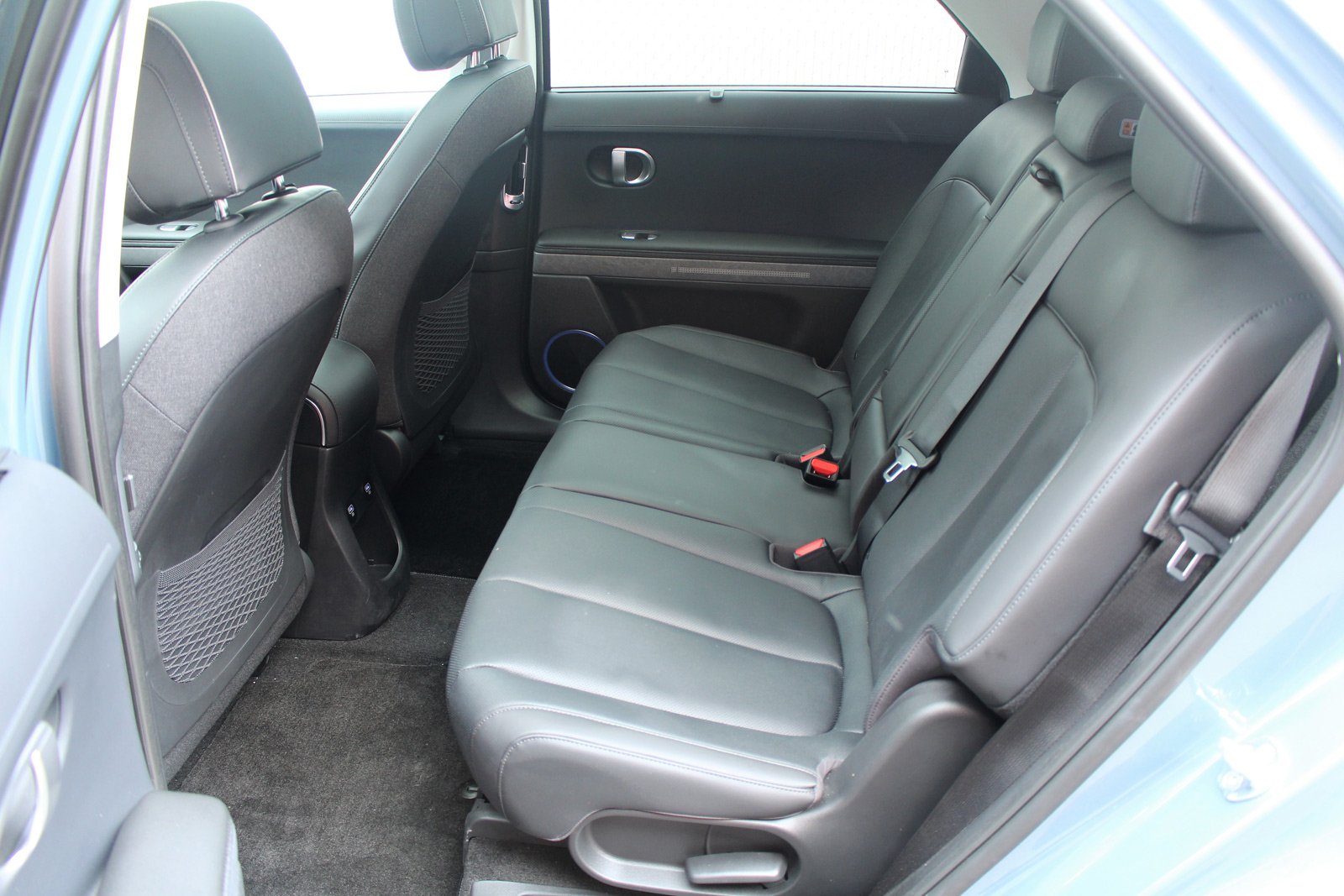 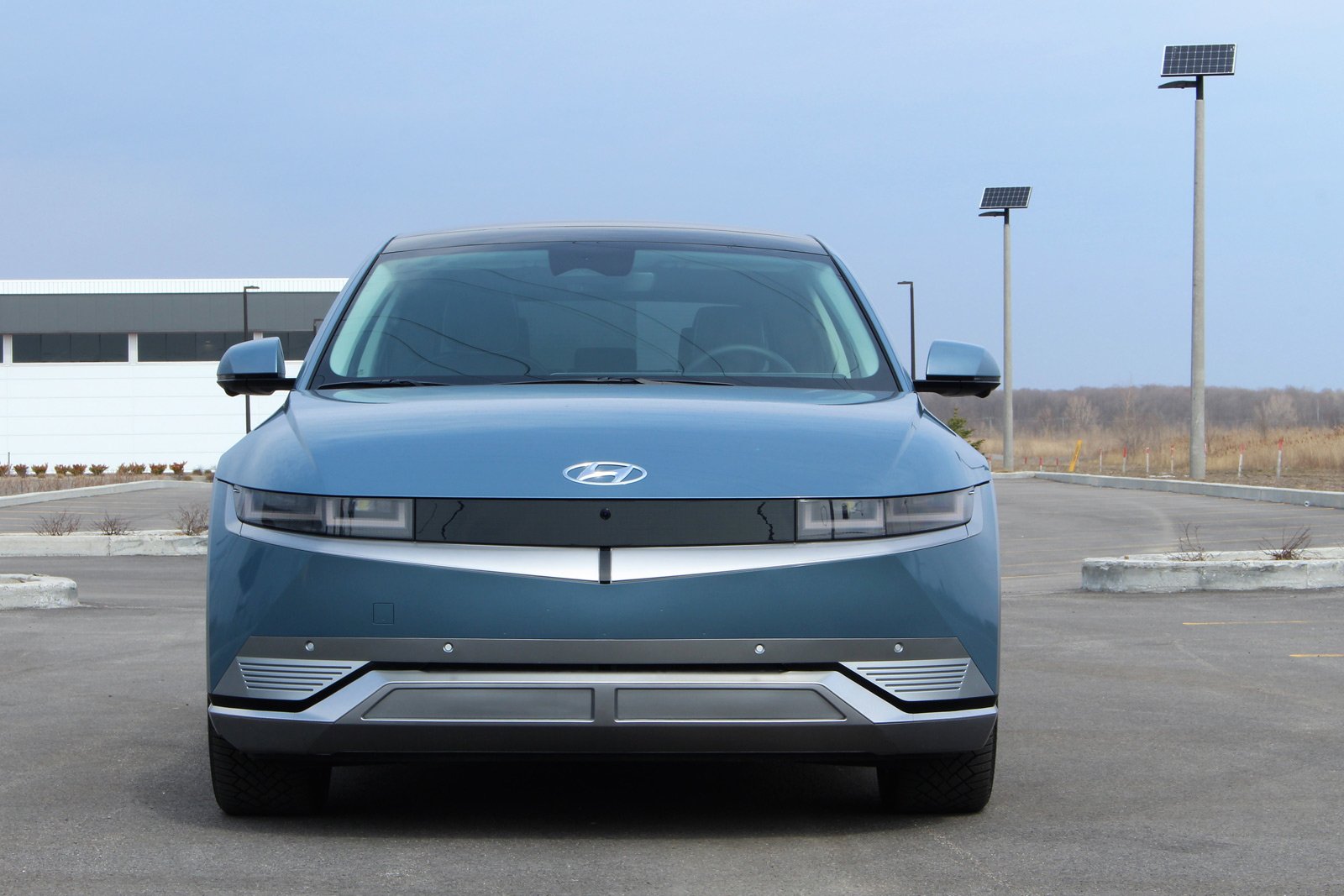 The 2022 Hyundai IONIQ 5 is an interesting, low-roofline electric crossover that sets itself apart with its funky styling. It drives well and provides good cargo space, in addition to rear-seat room for the family.

It has other qualities as well, such as an easy-to-use infotainment system, but some minor shortcomings as well. The biggest problem, and this issue affects other EVs as well, is finding one right in dealer inventory right now—especially in areas where green-vehicle incentives are the highest.