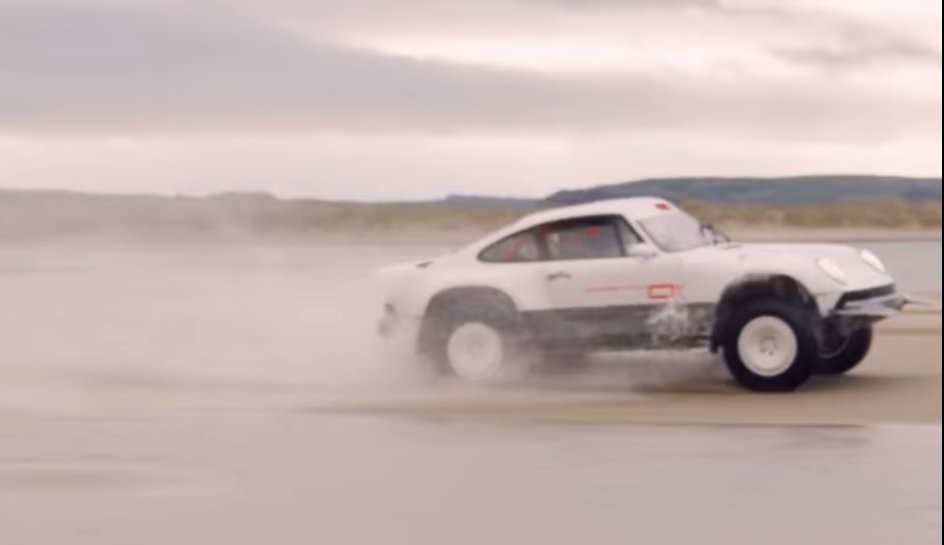 The air-cooled upgraders at Singer have outdone themselves this time. It’s a classic 911 turned trophy truck called the All-terrain Competition Study (ACS) that might put the Safari 911 fad to bed. Or might set it on a whole new course, because it’d be almost impossible to top this one.

Singer Vehicle Design does more than just modify or customise Porsche 911s, they transform them into something better than would have ever left a mass production factory. Like the ACS, which was, says Top Gear, designed for a customer who wanted a 911 that could do off-road racing. That also makes this the first Singer with competition in mind.

The customer was so looking forward to racing that they ordered two. A white car for desert rallies and a red one for high-speed high-grip pavement events. He’s also told Singer that future customers can have a copy of their own, because, we guess, racing needs competition.

A long way from Porsche rally successes of the 1960s, or even the AWD ultra-tech 959 of the 1980s, this car sarted life as a 964-gen car from the 1990 model year. The engine is a 450 hp 3.6L flat six, though that power figure can be turned up, way up, for events. All-wheel drive and a five-speed racing gearbox are joined by a long-range fuel tank and a proper FIA-spec roll cage. There are even two spare tires and wheels for when the desert gets a bit too tough.

Those massive wide wheel arches are made from carbon fibre, as is most of the bodywork. The front and rear are large clamshell panels that come off for working on the dirty bits in poor locations. Five-way adjustable twin dampers at each corner eat up everything the terrain has to offer, and 16-inch wheels help make the car’s proportions look almost like a caricature of a 911.

Inside is bare bones, but has FIA seats, navigation displays, and built-in drinks for both occupants. It’s also all manufactured with the intricate precision expected from the brand.

Singer is set to reveal more photos of the ACS later today and we’ll update you when they arrive.

The company had filed patent images for a pickup in 2020 Since a special tax on imported trucks still applies in the US,...
Read more
Previous article2008 Porsche 550 Spyder Concept Finally Revealed
Next articleAnticipated Alfa Romeo Tonale SUV To Officially Debut This Summer