It’s not the first time that an electric vehicle co-developed by Honda and Sony is been unveiled to the general public, but this year at the CES in Las Vegas, the joint venture took a step in the right direction.

Indeed, the presentation of this other prototype with a sleek design is even accompanied by a new car brand, the two partners who decided to name it Afeela. The CEO of the joint venture, Mr. Yasuhide Mizuno, even said that the production version of this electric sedan would be made available in the first half of 2025 with the opening of pre-orders.

North American consumers will be able to get their hands on this first Afeela car in the spring of 2026 at the earliest.

“Afeela represents our concept of an interactive relationship, where people feel the sensation of intelligent mobility and mobility can sense and understand people and society using sensing and AI (Artificial Intelligence) technologies,” he said.

At first glance, the silhouette of this aerodynamic sedan is quite simplistic with that near-horizontal window line and curved roofline from end to end. At both ends, there are these two light strips for lighting and braking, but also to communicate with pedestrians and other motorists. We’ll have to wait to find out more about this exterior shell that Honda and Sony like to describe as a “Media Bar”. Finally, those big 21-inch wheels – and aerodynamically optimized – complete this first virtual tour of the sedan.

Inside, the cabin is of course adorned with a screen-rich interior. The dashboard, by the way, is lined with screens with a yoke-design steering wheel and even two other screens connected to exterior cameras instead ot the usual mirrors. Behind the first row, there are two more screens attached to the backs of the two front seats to entertain those in the second row. Between the two front passengers, there’s also this floating console that ends with this large wheel to navigate through the multiple applications offered in this entertainment system.

The sedan is also equipped with no less than 45 cameras and sensors, which shouldn’t hurt when it’s time to use all these driving aids. The joint venture also confirmed that the car would be capable of Level 3 highway driving autonomy and Level 2 city driving.

We should learn more in the coming months about this first foray of this new Afeela brand created from scratch by Sony and Honda. With the highly technological past of the two Japanese brands, this newcomer could succeed where other new startups have failed in recent years.

The car will be assembled in the United States. 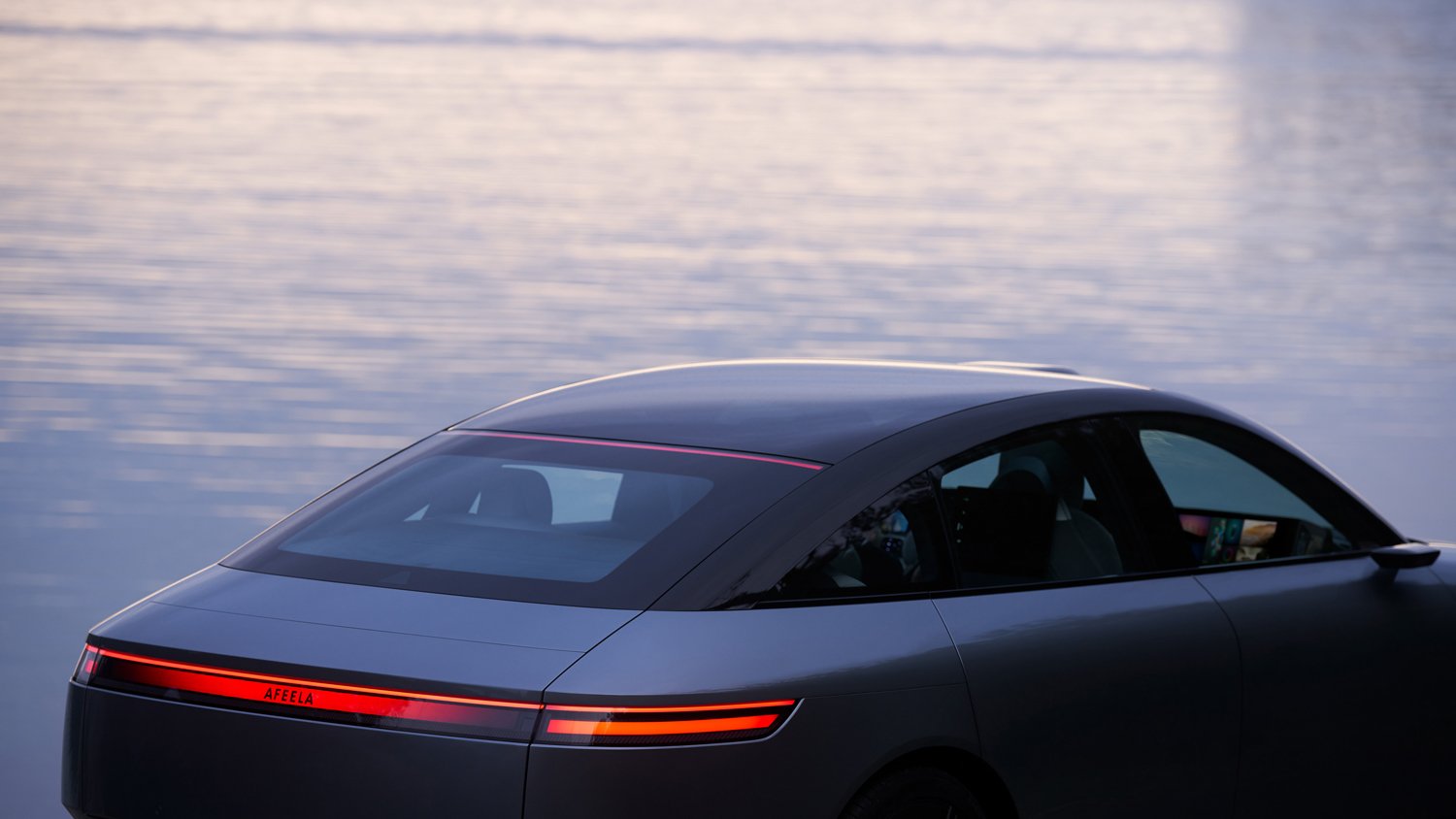 Elon Musk says the first units will be built this summer, with full-scale production next year. The specifications and price of the electric...
Read more
Previous articleAston Martin Teased the DBS 770 Ultimate, a limited Edition Send Off
Next articleItaldesign Introduces Climb-E Mobility Concept Car/Elevator