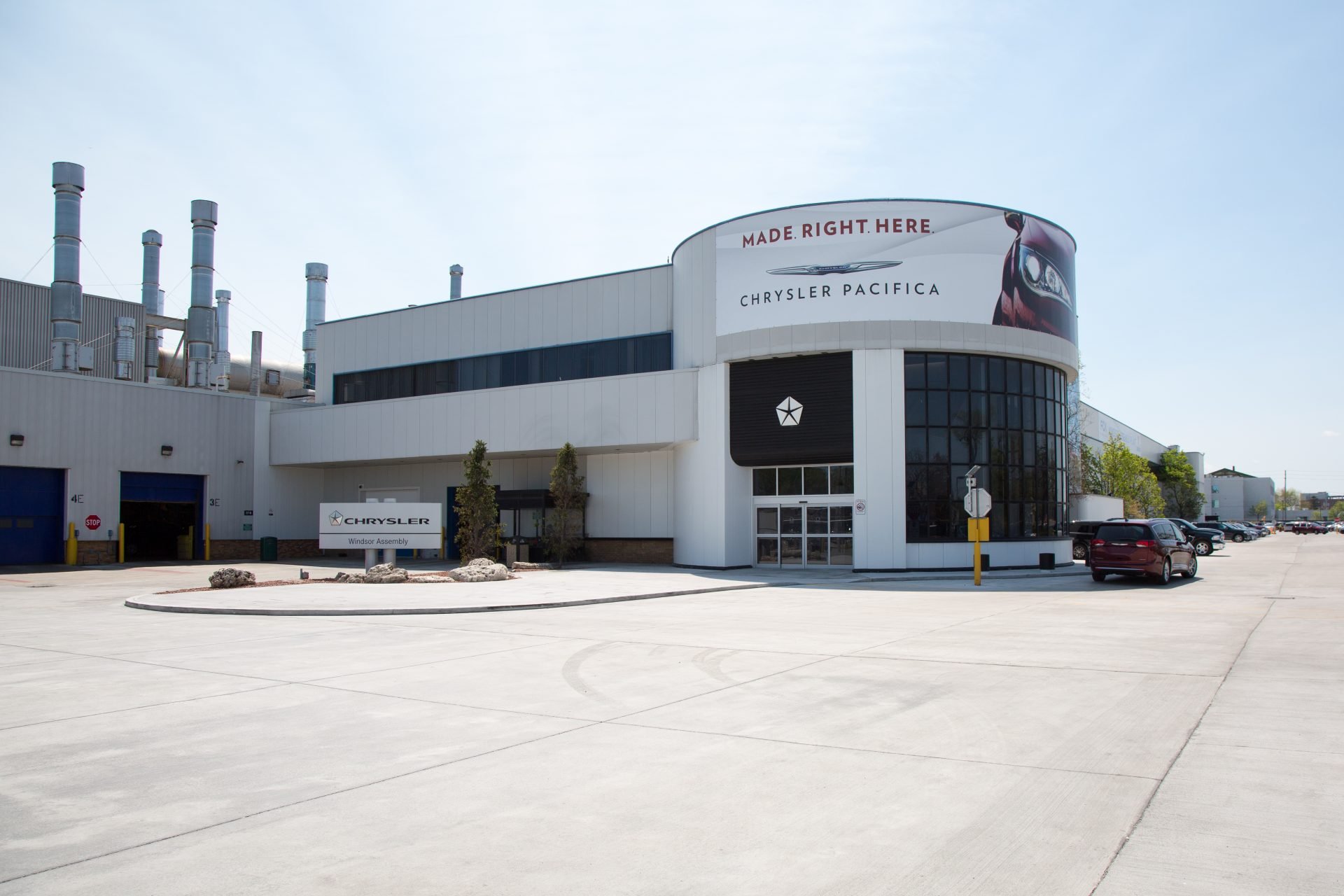 Stellantis has made a big announcement surrounding Canadian auto production today. The company’s Windsor Assembly Plant, long home to the automaker’s groundbreaking minivans, will be one of the plants building vehicles on the STLA Large platform starting in 2023.

“There has been a lot of speculation, and while we’re not prepared to discuss any product details today, we’re happy to confirm that Windsor will produce vehicles on our new STLA Large platform,” said Mark Stewart, Stellantis North America COO. “These announcements represent key pieces of our Dare Forward strategy to provide safe, clean and affordable mobility solutions for our customers long into the future.”

STLA Large is one of the four all-new platforms Stellantis announced in 2021. The four new platforms are designed with electrification in mind and will be used to produce a new generation of electric vehicles from the automaker.

Large, in this case, means AWD performance cars, muscle cars, and SUVs. This architecture will replace the L-Series cars, like the Dodge Charger, Challenger, and Chrysler 300, which are set to wrap up production in Brampton, ON, in 2024.

Stellantis has suggested the platform will offer up to 800 km of range with a battery pack size between 100 and 118 kWh with power figures from 201 hp to 443 hp.

The automaker said that the Windsor Assembly Plant will have the flexibility to adjust to different production needs and support the company over the next decade. Multiple models of vehicles can be produced on the lines. The retooling will start next year, with the start date and new vehicles to be announced.

Windsor Assembly first opened in 1928. While it has built many different Dodge, Chrysler, and Plymouth models over the years, it has been home to the company’s minivans since 1983. While no official announcement has been made, we expect the retooling to mean either the end of the Chrysler Minivan or its transition to the STLA Large electric platform.

It will be offered in limited numbers. The Type S PMC Edition will be available in three NSX-derived paint colors. The new Acura TLX...
Read more
Previous articleGeneral Motors’ Cruise Gains Permit to Offer Paid Autonomous Rides in California
Next articleFord Sold More EVs in the US than Ever Last Month