Japanese brand Subaru has been relatively busy in the past year, launching the new generation of its pure sports car, introducing its first EV destined for the North American market, and adding trim levels to some of its popular products.

And during the 2021 calendar year, a serious problem developed for Subaru: it can’t build enough vehicles due to complications caused by the ongoing microchip shortage, and more than 45,000 orders have piled up in the U.S. alone, as of December 2021. Dealer supply is one of the tightest in the industry right now. Nonetheless, what to expect from the Subaru brand in 2022.

The 2023 Subaru Solterra made its North American debut at the Los Angeles Auto Show in November, and it’s scheduled to go on sale in mid-2022. Its electric powertrain develops 215 horsepower and 248 pound-feet of torque, and its driving range is estimated at 220 miles or 352 kilometres. Engineered with the help of Toyota, the Solterra is about the same length as the Subaru Forester, but rides on a longer wheelbase and has a slightly lower roofline. 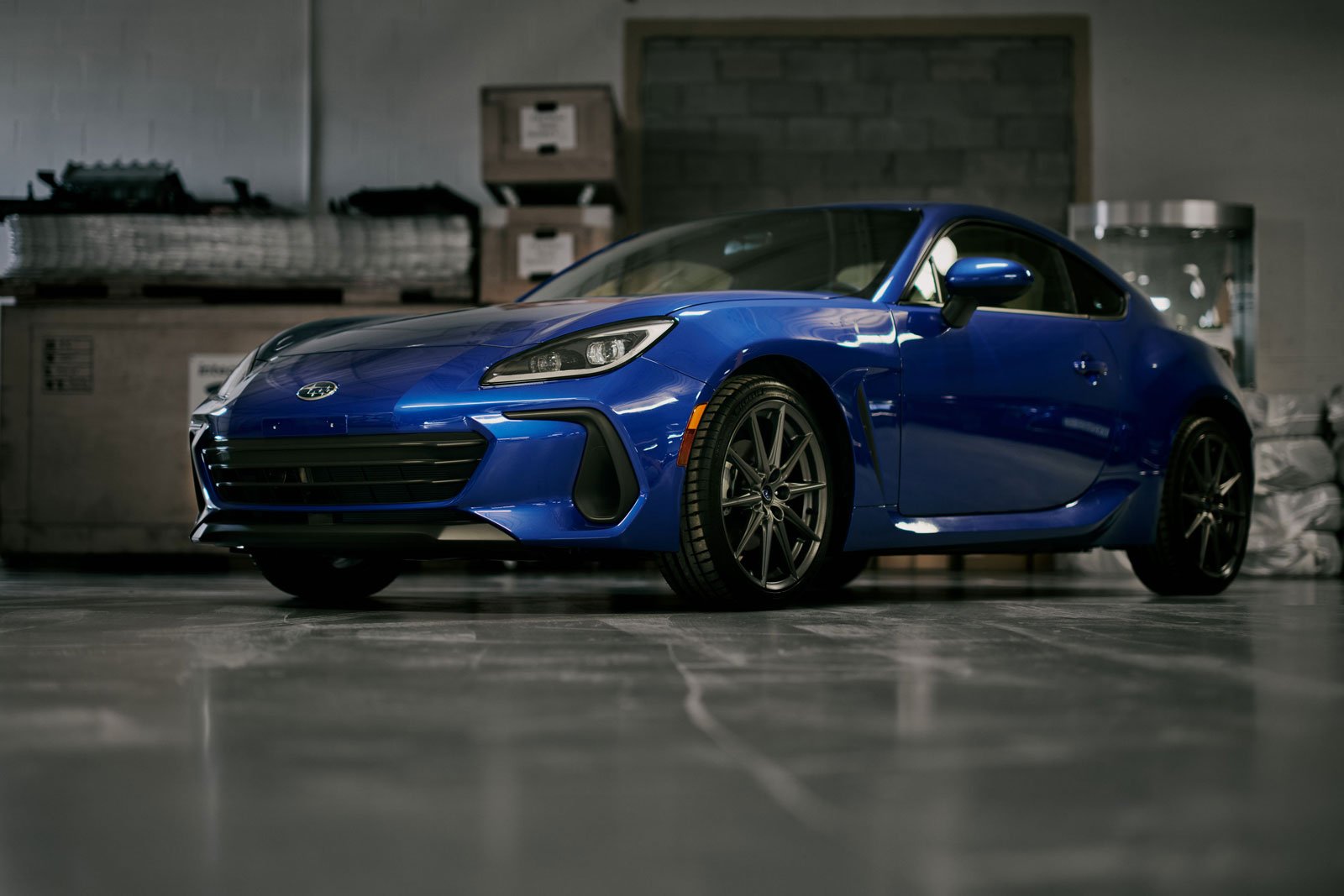 The thoroughly redesigned 2022 Subaru BRZ is now on sale, equipped with a naturally aspirated 2.4L boxer four developing 228 horsepower and 184 pound-feet of torque, sent to the rear wheels via a six-speed manual or a six-speed automatic. It starts out at $27,995 in the U.S. and at $29,495 in Canada.

The brand’s other sports car has also been redesigned. The 2022 Subaru WRX debuted in September 2021, boasting a turbo 2.4L flat-four with 271 horsepower and 258 pound-feet of torque, paired with either a six-speed manual or a continuously variable automatic, or what the company calls the Subaru Performance Transmission. All-wheel drive is obviously standard, and a new range-topping GT trim has been added with the CVT and electronically controlled dampers. The overhauled WRX will go on sale in early 2022, while the new-generation Subaru WRX STI has yet to show its face. 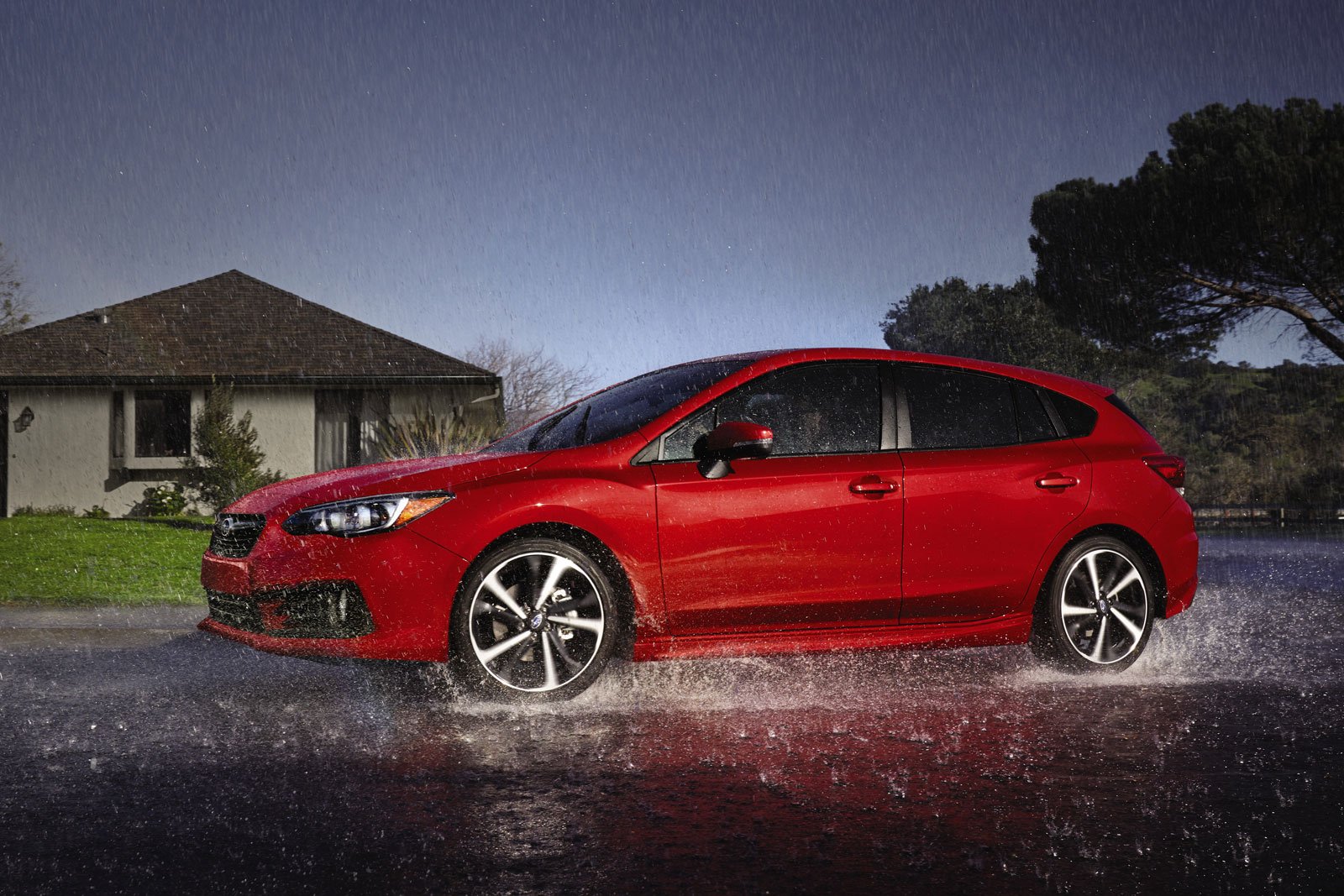 The 2022 Subaru Impreza went on sale in the summer of 2021 with minimal changes. It’s still available in four-door sedan and five-door hatchback body styles, with the only engine choice being a 152-horsepower 2.0L flat-four matched to a manual or automatic transmission. The Limited trim level has been dropped for the sedan in the U.S., you can’t get the manual gearbox with the sedan anymore in Canada, and Sapphire Blue Pearl paint replaces Dark Blue Pearl.

The 2022 Subaru Legacy gets a few changes. In the U.S., the base trim level gets standard alloy wheels, the next-up Premium trim rear-seat air vents, and the Legacy Sport receives a power sunroof and additional active safety features. In the U.S. the Touring gets rear-seat air vents, the Limited and Limited GT add the company’s DriverFocus Distraction Mitigation System, and the Premier with the base 182-hp 2.5L flat-four has been canned.

The Subaru Crosstrek gets virtually no changes for the 2022 model year, as revisions are scheduled for 2023. Three powertrains are offered in the Crosstrek, including a 152-hp 2.0L four, a 182-hp 2.5L four and a plug-in hybrid system consisting of a 2.0L engine with an electric motor, good for a combined 148 hp and an EV-only driving range of 17 miles in the U.S. and 27 km in Canada.

The Subaru Forester is the company’s best-selling model in the United States, and for 2022, a new Wilderness edition debuts with a more rugged exterior appearance, 9.2 inches or 234 mm of ground clearance and all-terrain tires wrapped around exclusive alloy wheels. It’s equipped with a 182-horspower, 2.5L flat-four just like the rest of the model range, which receives some styling revisions, X-Mode drive system tweaks, the fourth generation of Subaru EyeSight and a sturdier roof rack.

A Wilderness edition is also new to the Subaru Outback range with a more adventurous exterior design, extra ground clearance and all-terrain tires. It replaces the Outdoor XT trim in Canada, and is equipped with the brand’s turbo 2.4L flat-four that develops 260 horsepower. LED fog lamps are now standard, rear-seat air vents are now available in lower trim levels, and Subaru’s DriverFocus Distraction Mitigation System has been fitted to more trim levels. The Convenience trim level in Canada now gets a heated steering wheel. 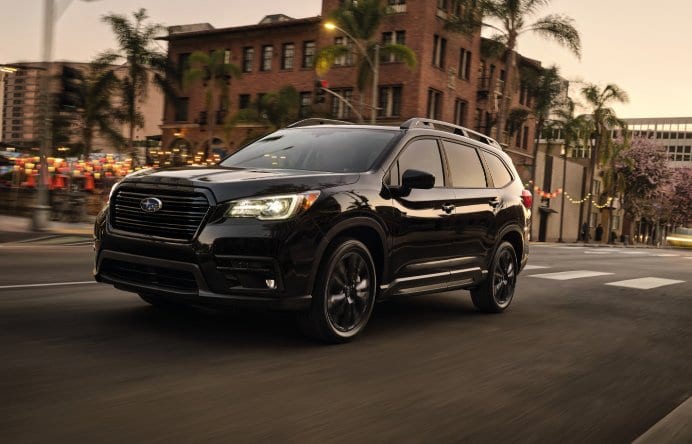 Last but not least, the three-row, midsize Subaru Ascent gets a new mid-level Onyx edition that dresses up the three-row crossover with a blackout appearance. Otherwise, changes are minimal for the 2022 model year. Crimson Red Pearl paint is gone, and in Canada, the affordable Touring trim gets a new heated steering wheel and the Autumn Green Metallic paint that was available in higher-end variants.

The Ioniq 6 takes most of the styling cues found in the Prophecy concept Sustainable materials are used throughout the interior The technical...
Read more
Previous articleThe Tesla Wireless Charger 2.0 Sold Out Hours After its Release
Next articleThe First EV from Buick Could See the Return of the Electra Name