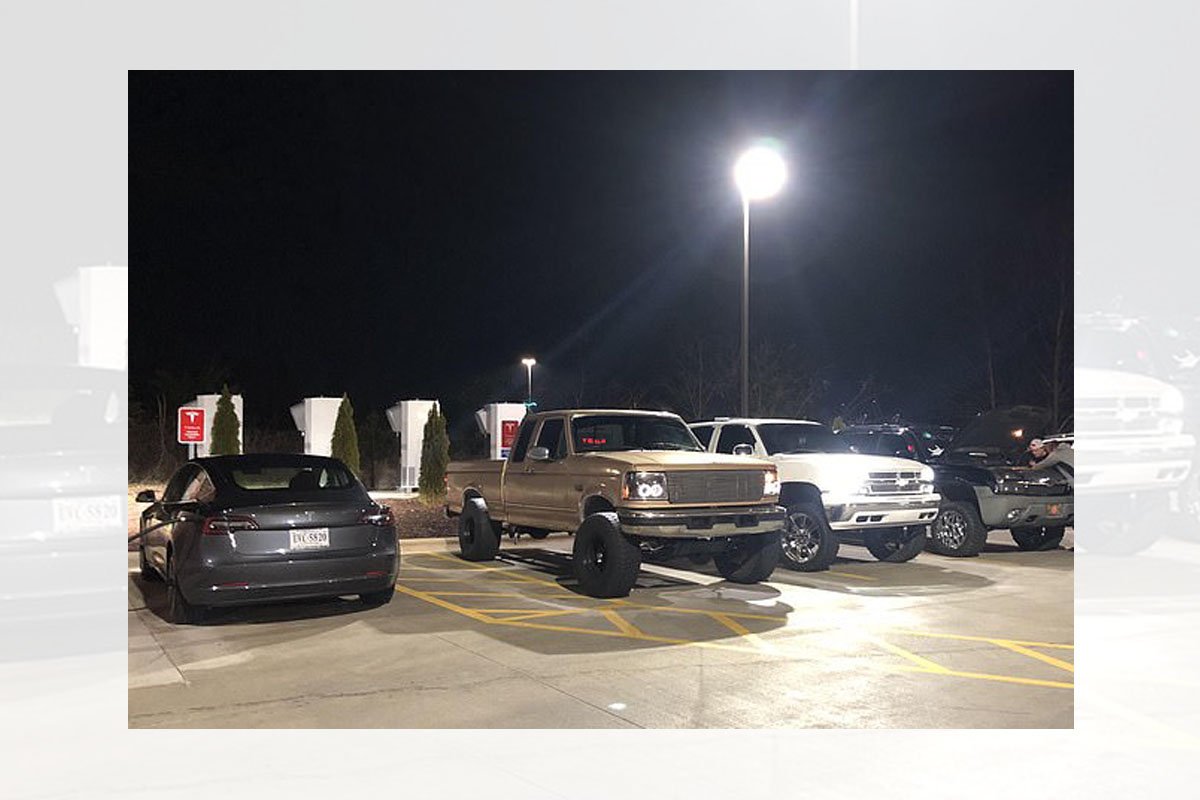 Pickup truck drivers have taken to blocking Tesla owners from accessing superchargers, and it’s happening more than you think.

There was of course of recent case of Leicina, a Reddit user who took photos of a group of pickups blocking a Tesla supercharger station in Hickory, North Carolina. The truck owners apparently were screaming “F–K Tesla” and trying to intimidate Tesla owners.

It’s another example of the ongoing war between EV proponents and pickup truck owners. We didn’t think this was really a thing, but then again whenever idiots can be idiots, they will be. And with the current tensions in the United States right now, this is bound to happen more and more.

That’s not the only time this has happened, however, as these three other cases of trucks blocking Tesla charging stations can attest to.

This happened in Tennessee when a truck owner blocked a charging station and put the charging cable on the bed of the pickup.

A bunch of pickup trucks from a contractor in Texas blocked the Tesla supercharging station at a Hampton Inn and Suites in El Paso.

Another example here of a pickup and trailer blocking the entire Tesla supercharger station. From the looks of the ground and surrounding environment, this is either in Texas, Arizona or New Mexico.

There is something very redneck-ish about all of this, no question. And it’s plain dumb. No matter how you feel about EVs, Tesla owners, and your general thoughts on them having their own parking area, don’t be the guy that blocks the supercharger. You’ll only get laughed at on social media and you won’t accomplish anything.