On the day that pictures of the upcoming Tesla Model Y compact SUV, Musk tweeted: “So much respect for those doing high volume manufacturing. It’s insanely hard, but you make a real thing that people value. My hat is off to you …” as though saying that Tesla’s ironing out production details for what will likely be the EV company’s greatest hit.

On two occasions yesterday, Tesla Model Y pre-production units were spotted in the vicinity of Tesla’s Fremont, California factory. One image, shared on Twitter by Trevor Page of Tesla Owners Online, shows a number of Model Ys on a transporter on Kato Rd. Those who know, know that there’s a large Tesla building there.

A description below the image on Twitter feed explains that the Model Ys don’t actually have chrome trim. The light colour surrounding the side windows is protective plastic.

Another set of pictures, this time shared by mrleetesla on Twitter, shows a Tesla Model Y rolling on highway 680 again near the Fremont factory. The shots display the Model Y with dark-painted door handles, as opposed to chrome ones, and Power Sports aero wheels that are available on the Model 3 for the Chinese market.

Looking at these images of the new Tesla Model Y makes us realize that Tesla will not be able to build enough units, and fast enough, to supply the demand. Pricing for the electric SUV starts at $66,290 for the RWD Long Range version. The Long Range Dual Motor trim is $72,290 while the Performance variation starts at $84,290. 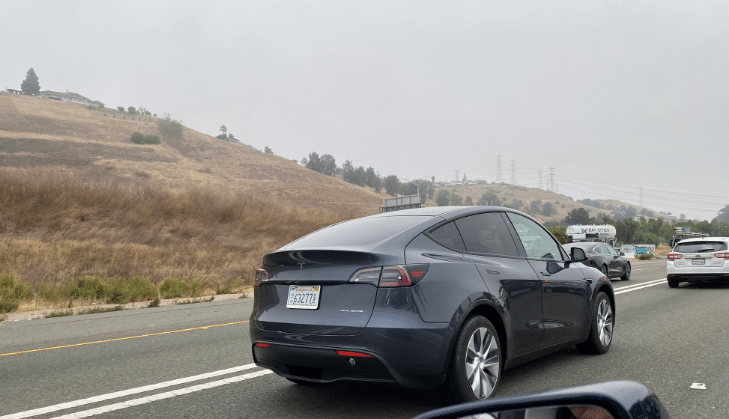 The French brand wants to sell two electric SUVs in North America by 2027 or 2028. Alpine is the sports branch of Renault,...
Read more
Previous articleNew Volkswagen Golf 8 Leaked Inside and Out
Next article2020 Ford Bronco Startup Screen May Show New Logo