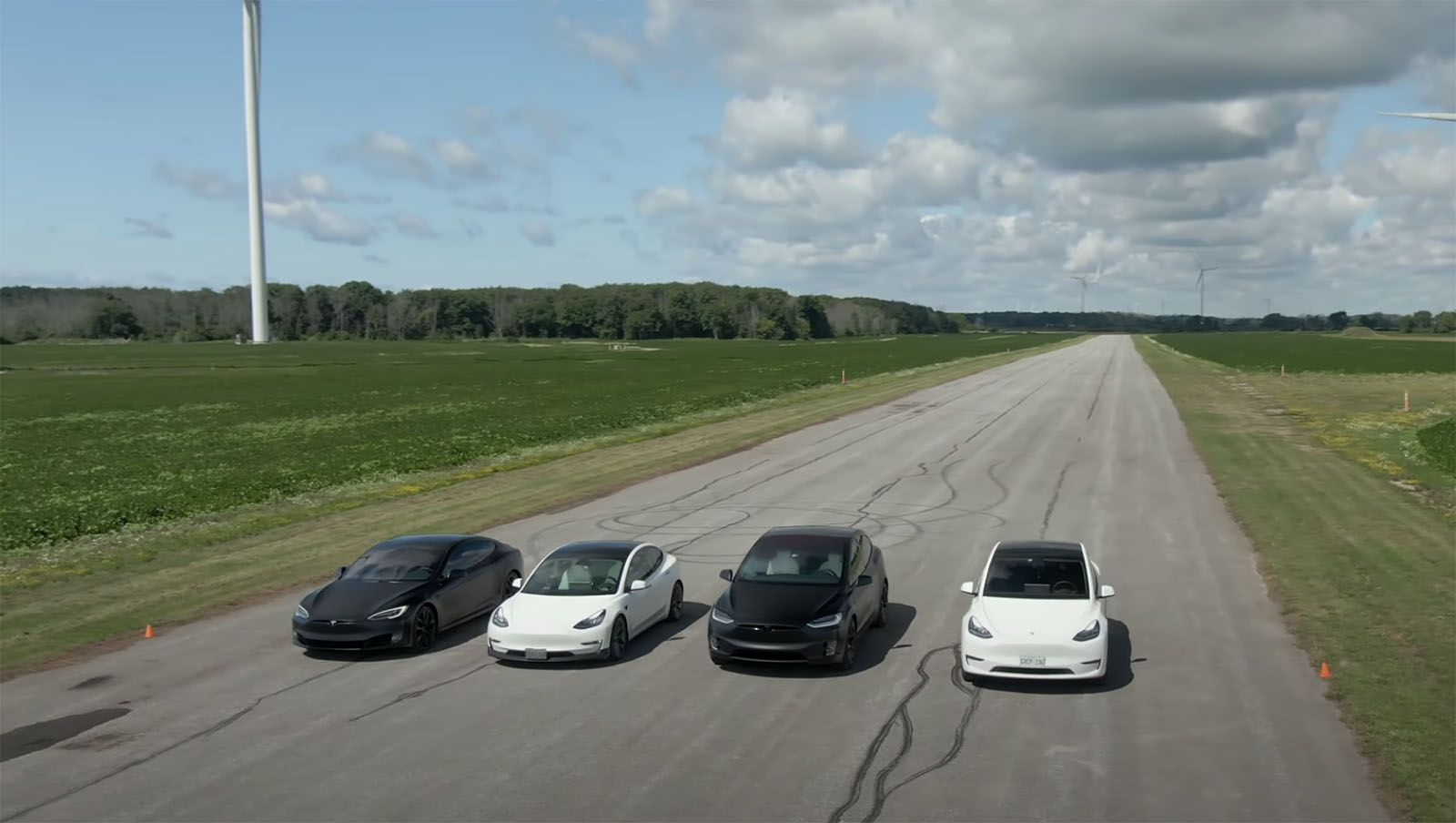 Ever wondered which Tesla model was the quickest?

We all know Tesla models are the king of the drag strip, at the very least they are serious contenders for the throne, but which Tesla is actually the fastest down the line?

That’s what Throttle House set out to discover in its “S3XY” drag race video that puts the Tesla Model Y, Tesla Model X, Tesla Model 3 and Tesla Model S on a line together. For the first time in Tesla drag race history, no one will have a problem with the results or bring up weather conditions or vehicles settings.

Like when the Porsche Taycan Turbo S raced the Porsche 911 Turbo S, this is a battle of the fastest Teslas as all models were Performance versions. That said, Ludicrous mode was on just two of them, the Model S and the Model X.

Throttle House really did this race justice. They made sure all vehicles had the same level of charge to make sure the performance level would be equal.

The Model X was put in Cheetah mode which is part of Ludicrous+ and that is designed to plant the nose of the car down to improve take off. Same for the Tesla Model S. Both cars also have launch control.

Although the Tesla Model 3 did a great job off the line, it was no match down the road for the Tesla Model S. The Model 3 was the closest to the Model S for most of the drag race, but the Model X eventually caught up. Leading the back of the pack was the Tesla Model Y which was never really in contention.

As for the rolling race, things were quite a big closer given that the launch control variable was out of the picture. In the end the Model S came out on top again, however. This time, the Model 3 took second place while the Model X and Model Y came in third and fourth.