News As Tesla reaches for the stars, it bleeds money

As Tesla reaches for the stars, it bleeds money 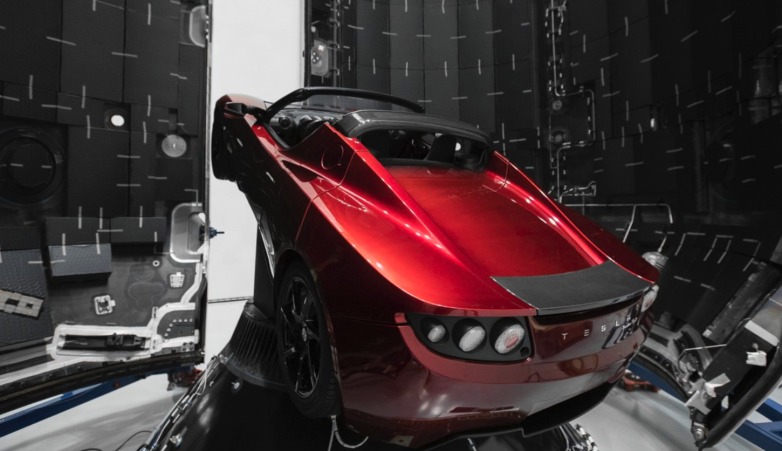 Less than two days ago, Elon Musk’s SpaceX ‘s Falcon Heavy Rocket launched into space with a Tesla Roadster strapped to its back. The waves following this impressive feat were felt around the world. Unfortunately, that’s where the good news ends.

Yesterday, Tesla announced that the company lost an eye-watering $675.4 million in the final quarter of 2017. By comparison, the electric car maker suffered a $121 million loss for the same period in 2016. The true sad news is that there’s no silver lining in sight.

Deliveries of the high-volume, highly anticipated Model 3 continue to be delayed. Many consumers put deposits down nearly two years ago, expecting delivery in the next few months. Updates from Tesla to these customers are indicating that they won’t get their car for another year…

Tesla seems unable to ramp up production and those that finally get their Model 3s are experiencing quality and reliability issues. Do you think Bob Lutz is right about Tesla closing up shop soon? That the Model S, X and 3s will quickly become collectable cars?

The First Electric Bentley will Have 1,400 Horsepower!

Bentley is known for its extravagant cars and even its mid-size SUV, the Bentayga. However, the British automaker must also consider an electric shift...
Read more

The new facility should be online by 2027. This plant will build all-Subaru EVs, unlike the Solterra which is part Toyota. Subaru might be...
Read more

Stop Driving Your Mercedes-Benz: 292,000 Vehicles Being Recalled for Brake Failures

It will offer seating for up to eight passengers. The 130 will be available in Canada and the US. The extra-stretched version, the 130,...
Read more
Previous articleMid-engine Corvette madness
Next articleThe latest on the next Toyota Supra and BMW Z4

Honda Teased the Prologue Electric SUV and its Plan to Sell 500,000 EVs in North America by the End of the Decade

The Honda Prologue will have a front end resembling the new CR-V and plastic cladding adding a more rugged look This first EV...
Read more
News

This special edition commemorates the relationship between AMG and the Mercedes F1 team The hybrid drivetrain that powers it is a result of...
Read more
News

Super Cruise will be available in the Premier and High-Country trim levels for the first time A new Grille can be had as...
Read more
News

Audi will Bless us with an RS 6 e-tron

It could arrive by 2025. The A6 Avant e-tron is already irresistible. The RS 6 e-tron will also be based on the PPE...
Read more
News

The Cargo version starts at €54,430. Pricing includes Germany’s 19% VAT but not the incentives. Pre-sales begin on Friday. We are getting closer to...
Read more
News

The First Electric Bentley will Have 1,400 Horsepower!

Bentley is known for its extravagant cars and even its mid-size SUV, the Bentayga. However, the British automaker must also consider an electric shift...
Read more