Tesla Roadster acceleration reactions are as intense as the car itself 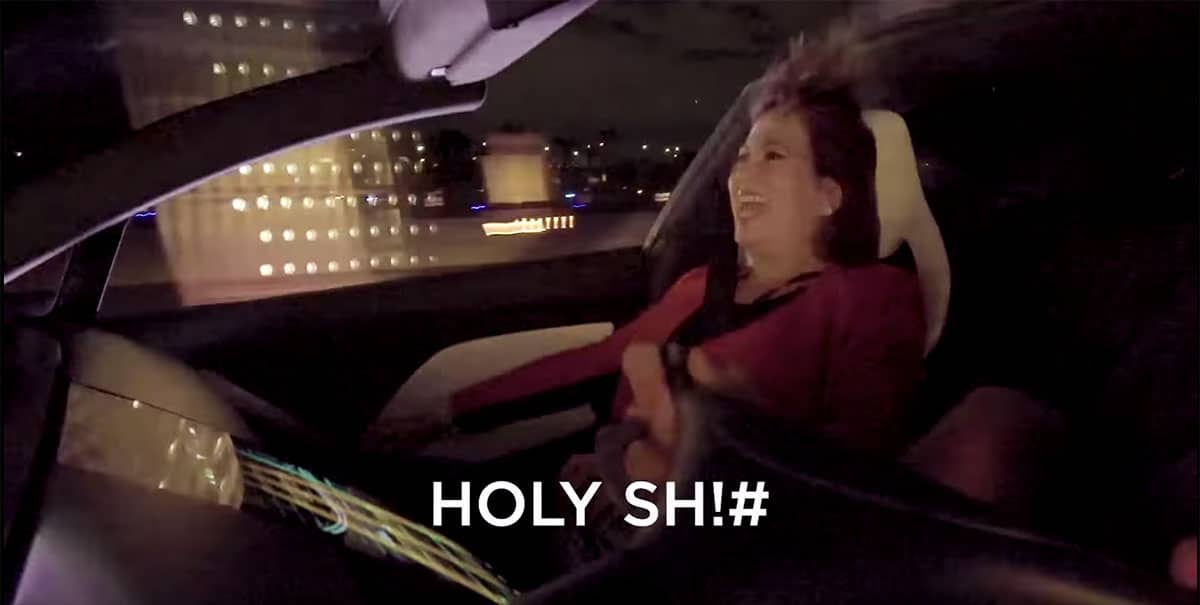 We all know Tesla builds stupidly fast cars. The Model S P100D’s straight line acceleration is unlike anything on the road right now. It accelerates faster than any supercar you can think of, and will even give superbikes a run for their money.

The only thing that has a chance to beat a Model S in a straight race is in fact another Tesla, and it’s called the Roadster.

Now, Tesla is showing us just how fast the Roadster is in typical Tesla fashion. A video showing people’s reactions when the accelerator is floored was released last Friday. There’s no question the people in the video are experiencing something they have never felt before.

Other cars the Tesla Roadster beats in a quarter-mile race by more than a second:

Let’s be clear here, we are not Tesla Roadster groupies and we’ll actually be a little surprised if it actually goes on sale. That said, we can appreciate an impressive, out-of-the-world car when we see one, and the Roadster certainly fits that description.

A trademark for the name was uncovered. The iX is currently offered in M60 spec, with 610 horsepower and 811 lb-ft of torque. ...
Read more
Previous articleIs the 2020 Mid-Engined Corvette C8 Real?
Next article2019 Mazda CX-5 Signature Preview: Hello Turbo