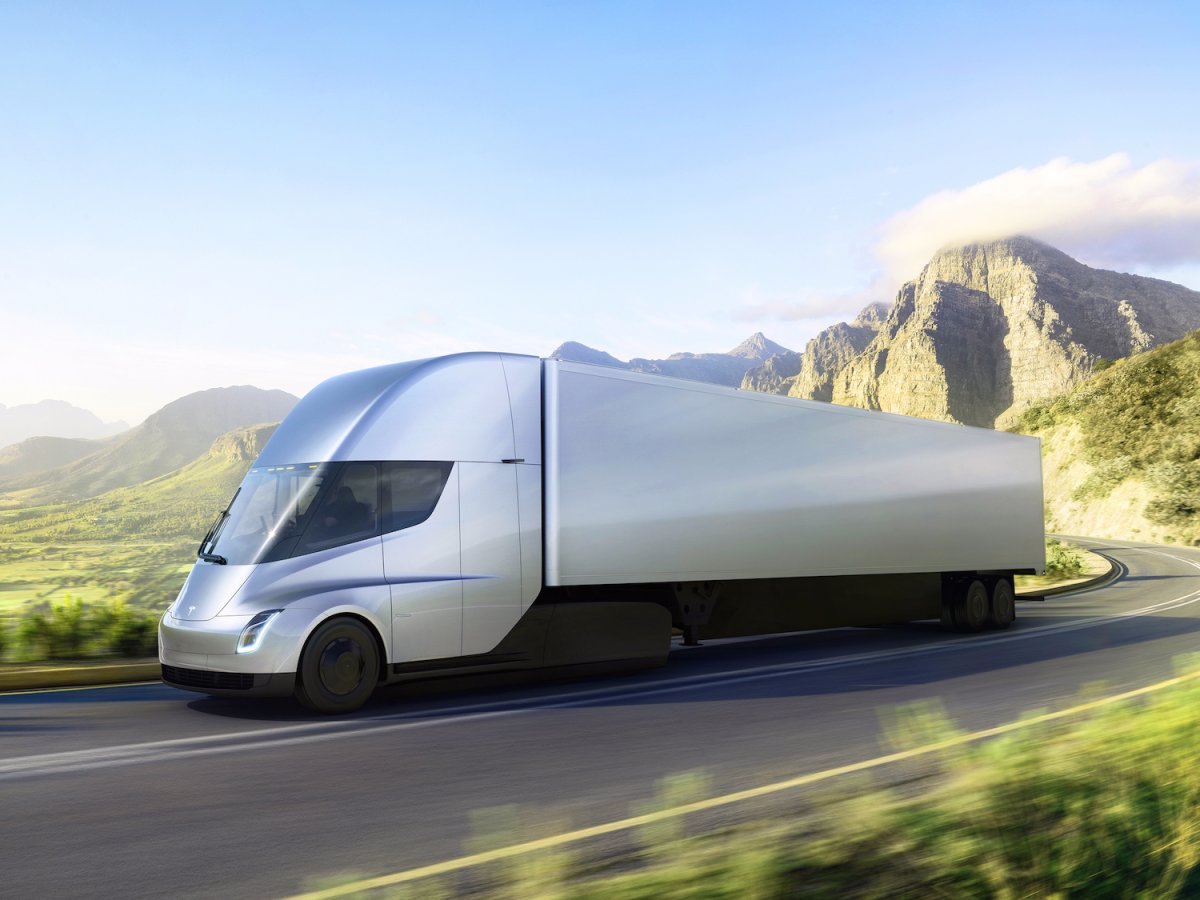 Although the footage is brief and looks like it could be staged, or even from a Terminator movie, the video clearly shows Tesla’s hyper-hyped Semi Truck cruising by on what could only be southern California city street.

Being all-electric, it’s no wonder all we hear is tire noise as the rig drive by. The Tesla Semi’s already made waves in the industry thanks to Elon Musk’s uncanny marketing abilities. A number of large companies, such as Walmart, have already placed orders for the electric Semi.

We don’t usually cover commercial trucks, but this is after all a Tesla product. You may or may not know this but there’s loads of controversy surrounding the truck. Without going through it all, some of the more intriguing matters come from the central driving position, which looks cool, and the issues surrounding range and payload.

The interwebs being what they are, someone has put together a fairly interesting video pertaining to calculating the Tesla Semi’s range/battery sized/payload dilemma. It can be somewhat complex at times, but you might learn something. I know I did.

Honda Teased the Prologue Electric SUV and its Plan to Sell 500,000 EVs in North America by the End of the Decade

The Honda Prologue will have a front end resembling the new CR-V and plastic cladding adding a more rugged look This first EV...
Read more

Experts believe the increase in demand will hike the prices of batteries until 2026 The additional factories currently planned will go online towards...
Read more

The 2023 Mercedes-Benz GLC will be Unveiled on June 1

The new GLC will be powered exclusively with hybrid powertrains A plug-in version could have up to 100 kilometers of electric range The...
Read more

Ford Launches its 30th Recall of the Year, This Time Affecting 39,000 SUVs

This recall is due to a fire risk aboard the Expedition and Lincoln Navigator The cause has not yet been determined, owners are...
Read more
Previous articleAutonomous cars and drinking and driving
Next article2018 Mitsubishi Outlander PHEV First Review