News That longing sense of belonging

That longing sense of belonging 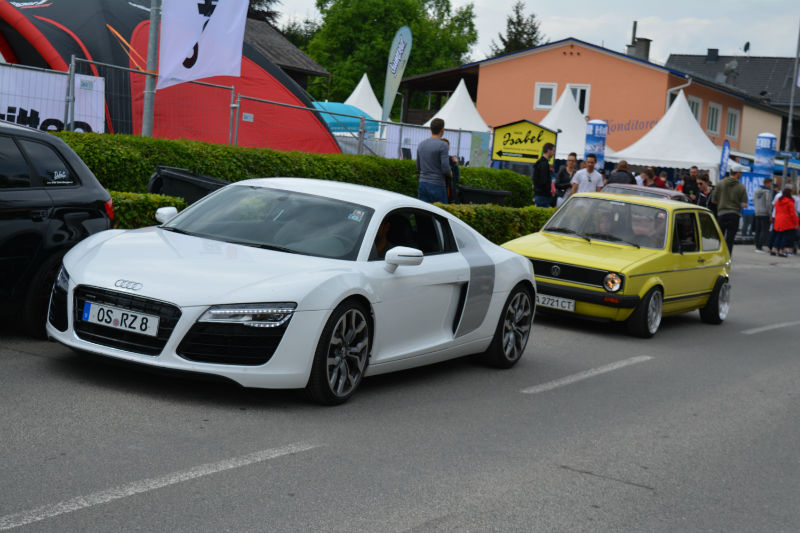 Eureka, summer is here and that means car show season is in full gear!

I’ve just returned from Austria where I attended the 37th Edition of the GTI Treffen, aka, the GTI get-together, on the shores of beautiful lake Wörther. In a nutshell, this event, also called Wörthersee, started off with a handful of GTI fans getting together because that’s what cars do; they bring people together. Over nearly four decades, the handful grew to tens and hundreds of thousands of like-minded car people and today, it’s one of the biggest such gatherings in the world.

Cars, like music and the Force, surround us and penetrate us; they bind countless numbers of petrolheads together. They are a calling, a way of life, and give these people, me, a sense of identity. And make us feel good, and happy.

I obviously don’t know what car you drive but whether it’s a Jeep Wrangler, Volvo XC70 or Subaru WRX, you’ve likely come across someone who gave you “the wave”. This universal symbol signifies that you, and your car, belong to something greater, that you are not alone in your choices and that others feel the same way you do. How comforting is that?

One of the fantastic advantages to travelling to Wörthersee with the Volkswagen Auto Group is that they make vintage cars available for drives. This year, three were accessible including an MK5 Golf R32 with DSG. It wasn’t on my shortlist as I’d driven it the past. An MK2 GTI G60 (!) and a plain old barebones MK1 GTI were my true targets.

I’ve owned a 1992 (MK2= 1985-92) Jetta GLI 16v (GTX for my fellow Canucks) for just shy of 20 years and in order to make myself feel guilty about leaving my car to rot in the garage for the past four years, I went for the G60 first. As I drove around the lake in the car, I got numerous “peace” signs from onlookers and motorists I crossed. The majority came from drivers of other MK2 Golfs, GTIs, and Jettas. I tell you, I felt loved, appreciated and welcomed. Keep in mind that I’m very happily engaged to the car-chick of my dreams (I’d share a picture, but you’d never believe she was with me), and we’re expecting baby #2 in a few months.

Upon my return to the staging grounds, grinning from ear to ear, I lunged at the MK1 (1974-84 (varies widely depending on market)) Golf GTI and while I could scarcely believe how good the car was, this time, I got a single, and not the middle, finger.

The gathering takes place in Reifnitz, a miniature village on the south-central part of the lake. Its few streets transform into a long conga-line of varying generations of Volkswagens, Audi, Seats, some Porsches, Skodas and many others, in many different states of tune. This is a party where the cars are stars and the owners are all friends. Literally.

If you’re here reading this story, you must have some interest in cars. I strongly recommend attending at least one car show this summer. Odds are that you will come across a car similar to one you once owned, or that your parents drove when you were a kid. Owners LOVE to talk about their cars, I know I do, and who knows, you might make a friend for life!

Search the interwebs for forums and peruse through regional subs. Whether you own a Mazda Navajo, Kia Besta or Hyundai Scoupe, you’re bound to find something. Imagine! This new group could make you feel better about your whip and consequently, about yourself! This is better than therapy! Won’t be cheaper, however, that I promise…

The controversial truck reportedly received 250,000 reservations within a week of its launch in 2019. The company now says production will begin in...
Read more
Previous articleAtlis Motor Vehicles and their future projects
Next articleKia introducing mild-hybrid diesel technology