News The 200,000th Bentley Ever is This Bentayga SUV

The 200,000th Bentley Ever is This Bentayga SUV 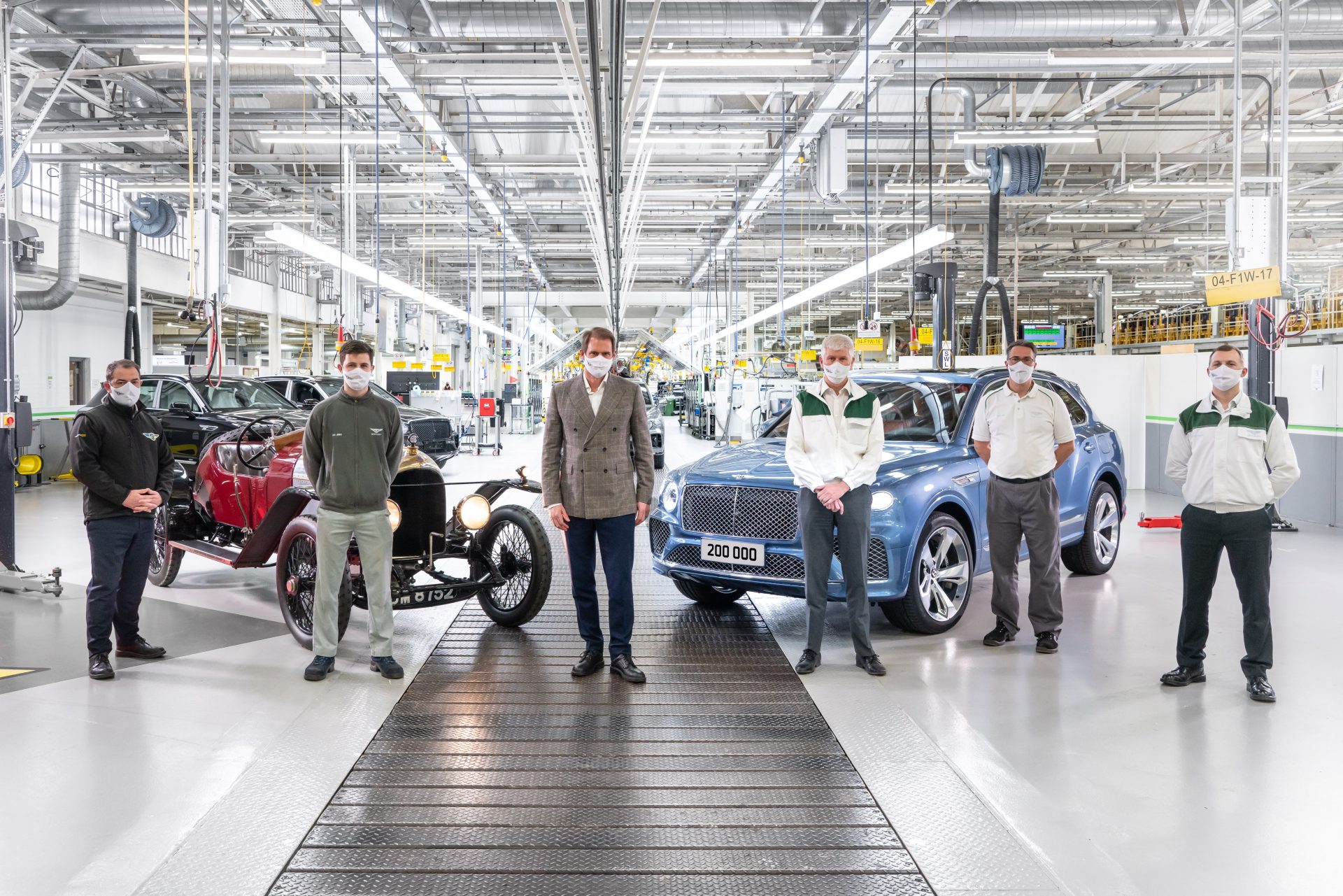 After 102 years, Bentley has marked a production milestone. The 200,000th Bentley has just left the company’s factory in Crewe, giving the brand a centenary of sales equivalent to approximately a single quarter of Ford F-Series production.

The 200,000th model was a Bentley Bentayga Hybrid, finished in blue. To mark the occasion of it finishing production, Bentley brought out EXP 2, the oldest Bentley that is still in existence. The two were assembled for a photoshoot along with the company’s current longest-serving staffer Steve Ward (who joined Bentley in 1977) before Bentayga 200k was shipped off to a buyer in China.

The event also puts into start contrast the change in Bentley production since it was taken over by the Volkswagen Group and began to modernise the plant in 2003. 75 percent of all Bentley vehicles ever built were made after 2003, meaning that in the first 84 years of the company only 44,418 were made. Today, Bentley produces 85 vehicles a day, equalling their entire monthly production of just two decades ago.

A whopping 80,000 of those 200,000 vehicles have been the Continental GT, the model introduced in 2003 that jumpstarted the British luxury automaker’s transition to the modern automotive world. Since the Bentayga launched in 2015, it has already seen 25,000 models produced and is expected to top the Continental GT’s total within a decade.

The Grand Highlander will be a stretched version of the mid-size SUV. Toyota will unveil this model at the Chicago Auto Show on...
Read more
Previous article2022 Genesis G70 Complete Photo Gallery and Quick Overview
Next articleLexus 2021 AWD Technologies: Good Balance on Four Wheels