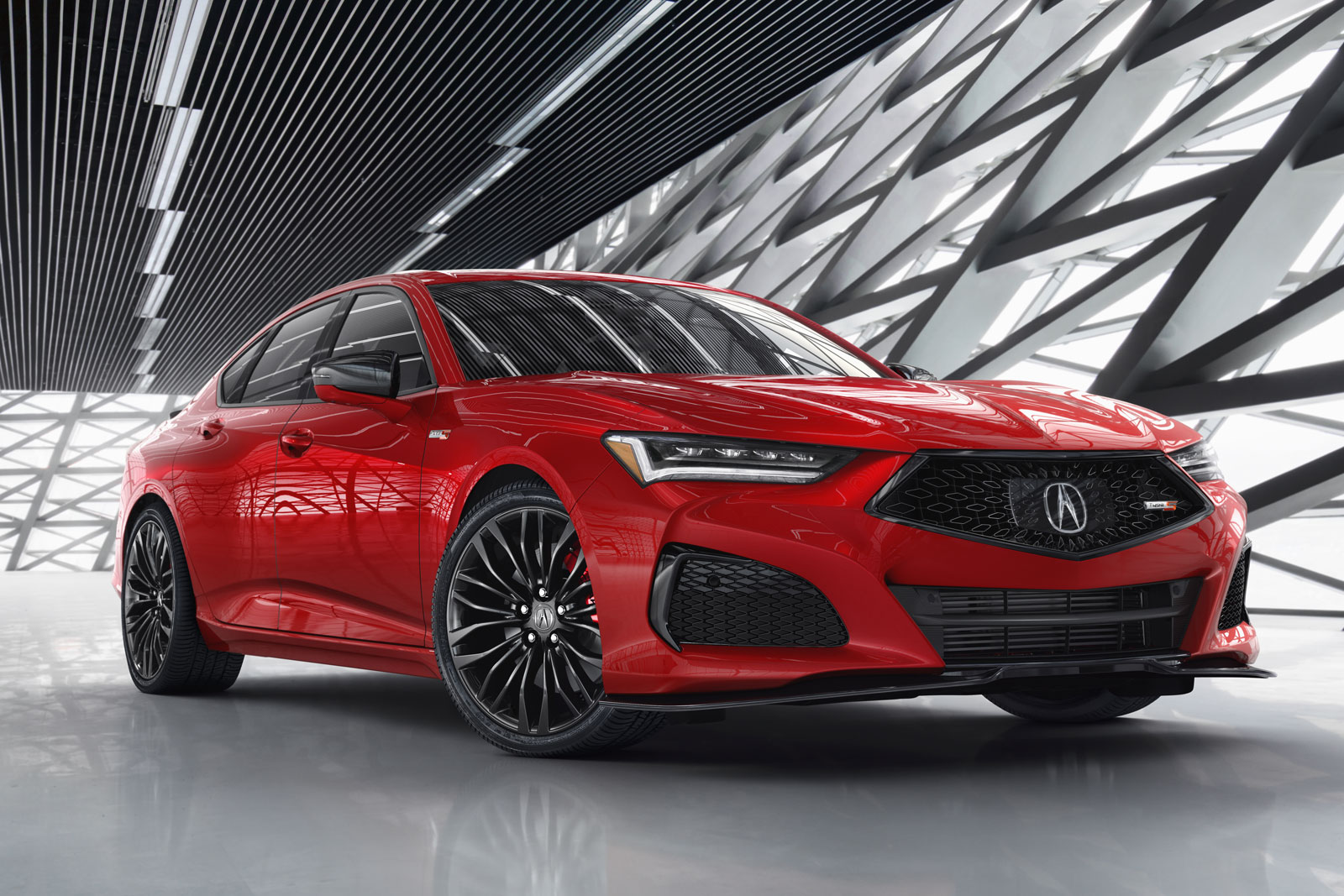 It’s a song we’ve heard many times, and this time around, it’s the Acura brand that’s singing it. Over time, it left their loyal followers stranded as the product lineup shifted from sportiness to blandness, in a bid to attract a wider audience—with underwhelming results. With the 2021 Acura TLX, the brand is touting a return to its roots.

Ask any mild Acura fan what were the best cars they produced during its 35-year existence, and they’ll likely answer the scalpel-like second- and third-gen Integra GS-R variants, the hot Integra Type R, the potent third-gen 2007-2008 TL Type S, the ground-breaking Legend and, of course, the original NSX. 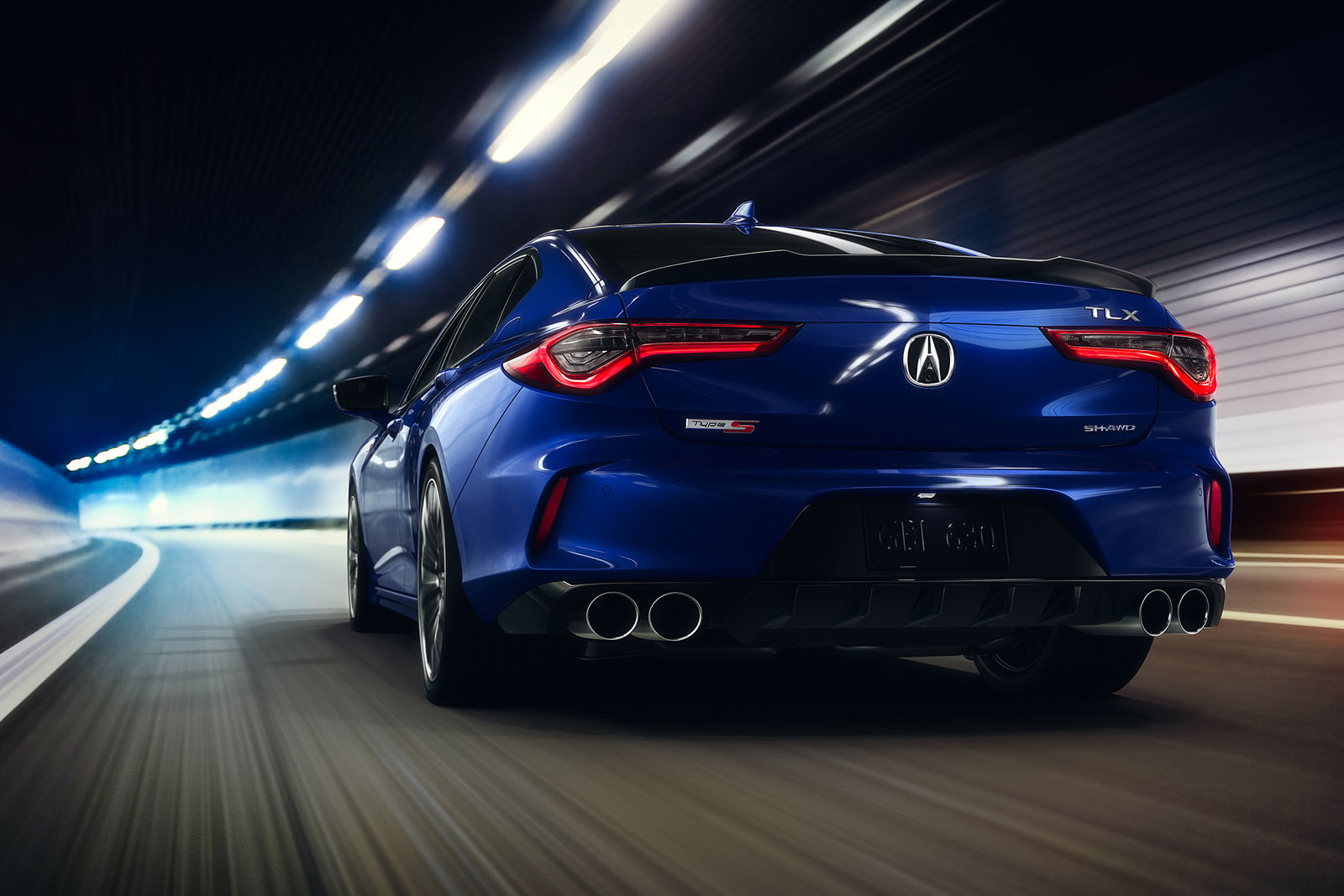 With the 2021 Acura TLX, the company is going back to its performance heritage, said Emile Korkor, Assistant Vice-President of Sales and Marketing at Acura Canada, during an interview with Motor Illustrated. He also mentioned that the brand has listened to its customers, who became dissatisfied with the recent product over the past few years.

The Acura RDX compact crossover, redesigned for the 2019 model year, is a good indication of where the company is headed in terms of sportiness and design, and the 2021 Acura TLX will follow that same direction. The sedan is 74 millimetres longer and 56 mm wider than the current-gen car, and rides on a 95-mm longer wheelbase, placing it right on the line between the compact and midsize segments. Trunk volume grows slightly from 374 to 382 litres. 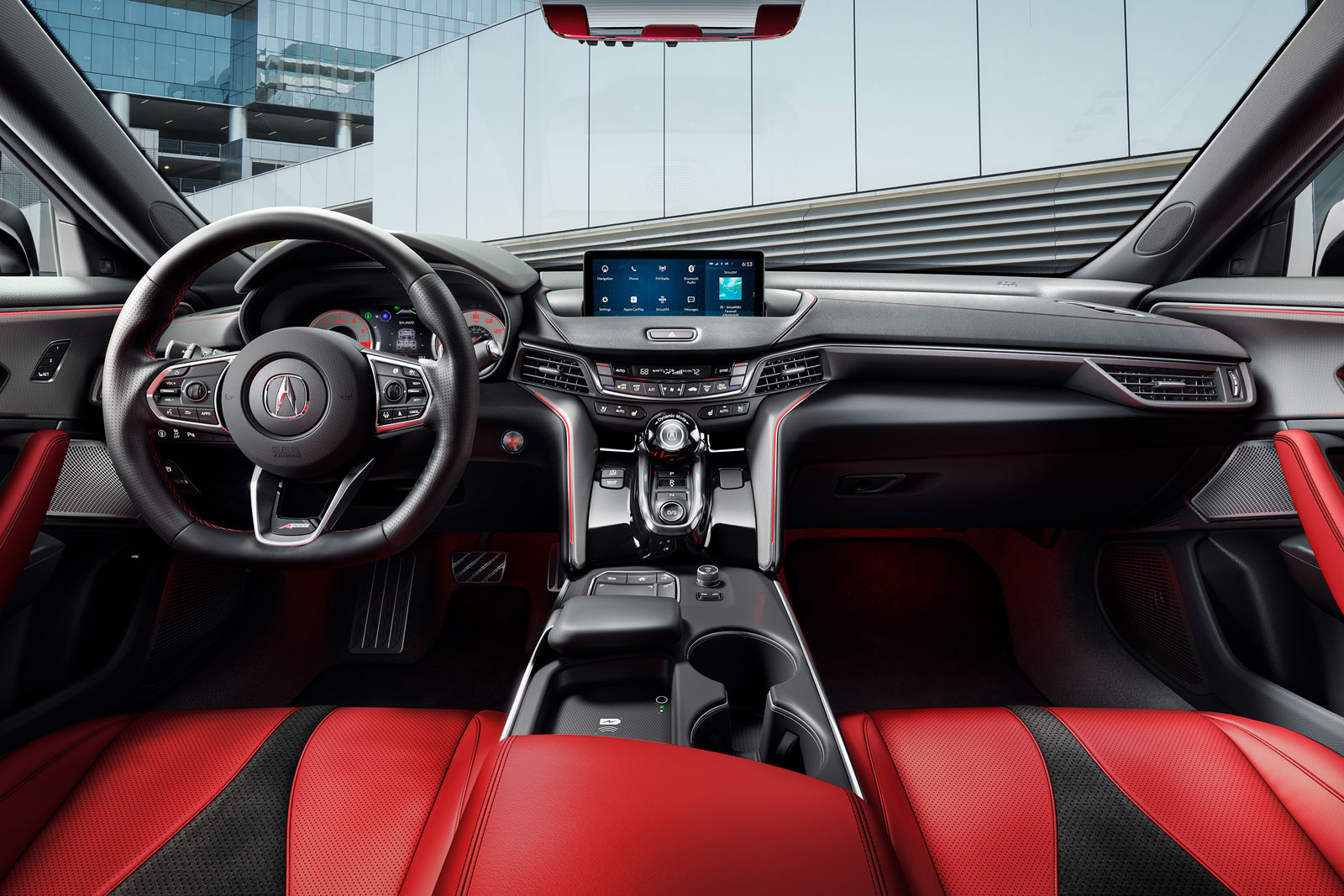 As standard, the TLX will be equipped with the RDX’s turbocharged, 2.0-litre four-cylinder engine that produces 272 horsepower and 280 pound-feet of torque, mixed with a 10-speed automatic transmission. Those output numbers represent a significant gain compared to the current TLX, which makes do with a modest 2.4-litre engine with 206 horsepower and 182 pound-feet.

Rear-wheel-biased SH-AWD is optional in the United States market, standard in Canada. In the 2021 Acura TLX, this fourth-generation system can handle 40% more torque and its front-to-rear transfer is said to be 30% quicker, compared to the outgoing TLX’s 3rd-gen drivetrain. Up to 70% of the engine’s torque can be sent to the rear wheels, and 100% of that proportion can be shifted from one wheel to another as needed, enhancing both the car’s handling and stability. 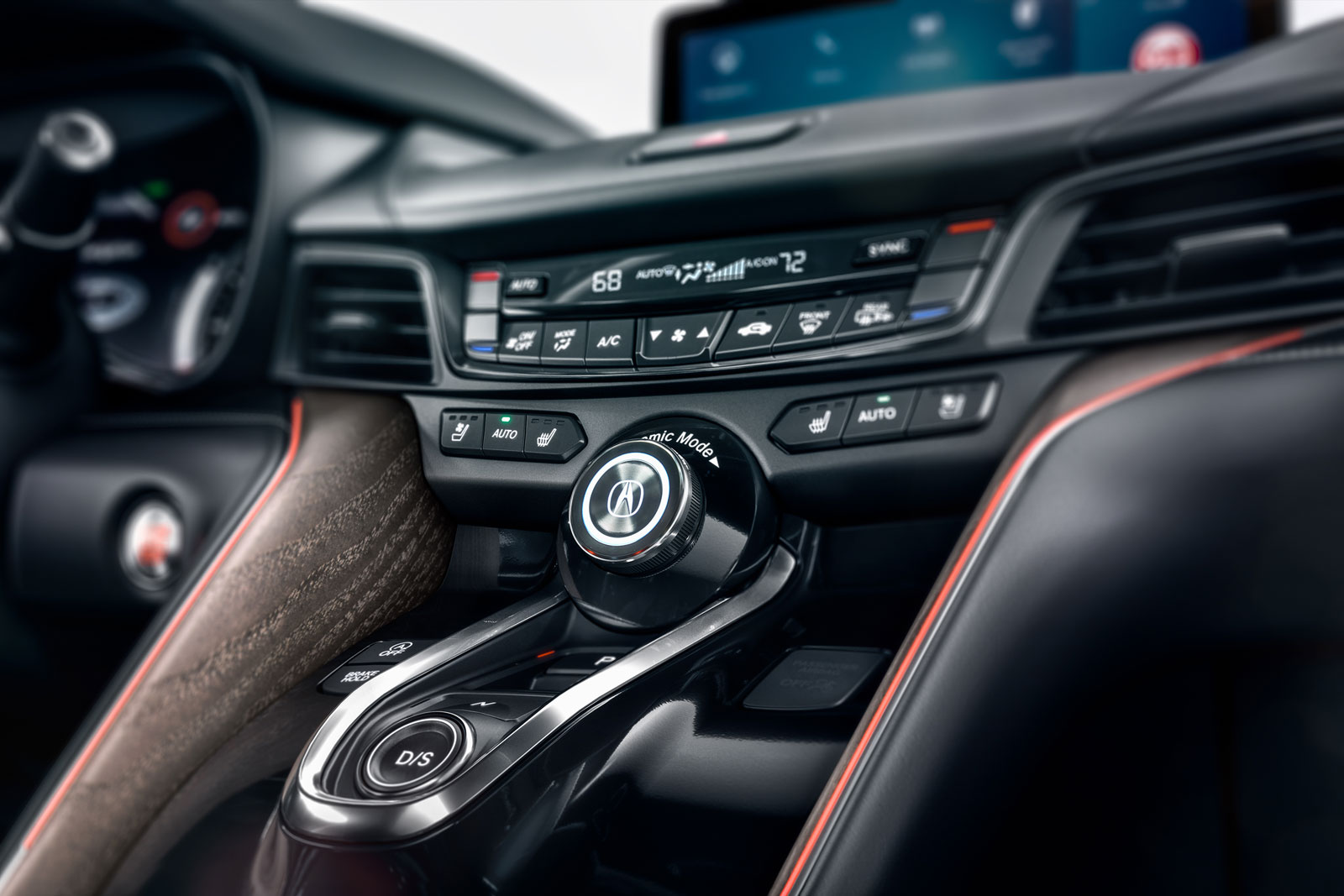 Every variant of the 2021 Acura TLX will include the Integrated Dynamics System, which the driver can use to toggle between Comfort, Normal and Sport modes. These settings modify programming of the sedan’s throttle response, transmission, SH-AWD, steering and available adaptive dampers. However, a new Individual mode has been added to set personal preferences of each of these elements.

In addition to riding on a new, stiffer and sedan dedicated platform, the redesigned TLX boasts a double-wishbone front suspension, which equipped the TSX and TL sedans, while the current TLX was saddled with more modest MacPherson struts—and a multilink rear setup. Also, 18-inch wheels will be standard, while the A-Spec trim will get 19 inchers—along with a sportier appearance, gloss black accenting, darkened headlight and taillight clusters as well as a decklid spoiler. The brand claims that the new TLX handling much better than the old one, hence the return to its roots. 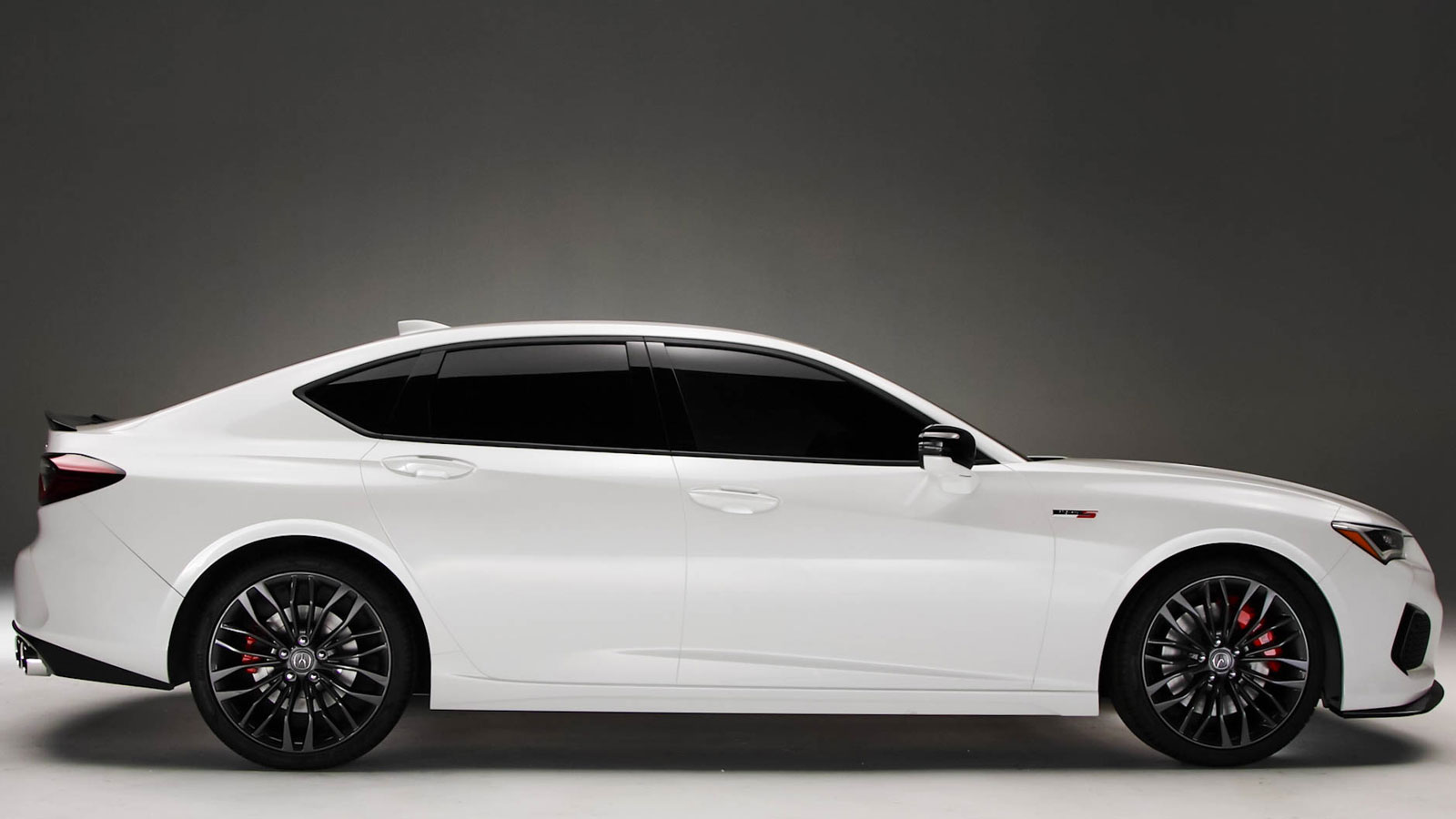 Ah, but that’s not all. The Type S moniker will finally make a comeback, and the 2021 Acura TLX will be the first to wear it. The Type S variant will feature a new turbocharged, 3.0-litre V6 engine, also matched to a 10-speed auto and SH-AWD. No output numbers have been announced yet, but according to Acura, this will be its fastest sedan built so far, and it’s the first time that an all-wheel drivetrain will be matched to a Type S model.

The current TLX’s naturally aspirated V6 boasts 290 horsepower, while the last TL SH-AWD had 305 hp, so we’re expecting roughly 350 horses and 350 lb.-ft. from this new turbo engine. It’s also supposed to deliver 50% more low-end torque than the outgoing TLX’s 3.5L V6. Will the rebooted sedan have the firepower and finesse to rival performance variants of the BMW 3 Series, the Audi A4, the Mercedes-Benz C-Class, the Volvo S60 and the Cadillac CT5? We’ll see. 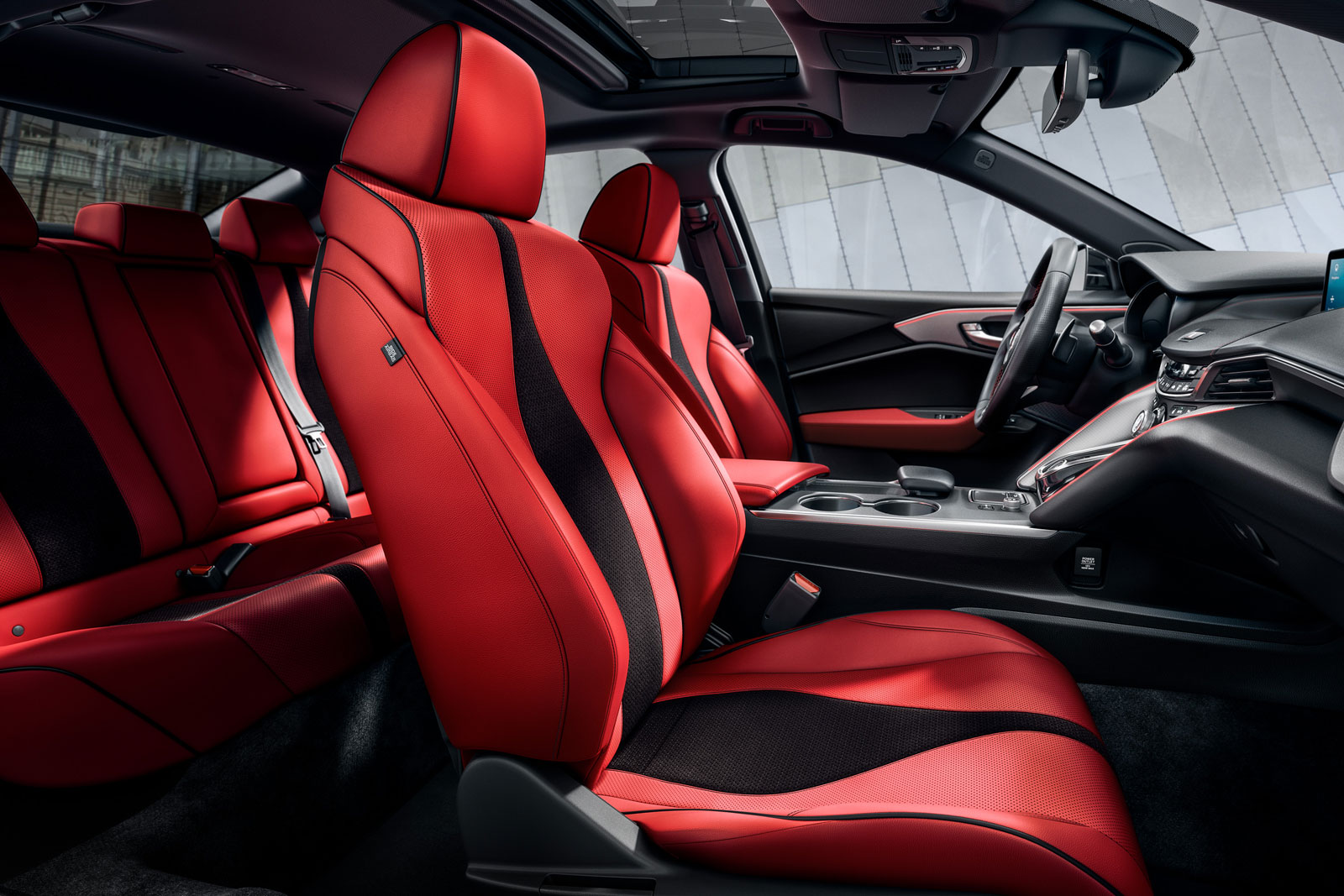 In addition to the bigger engine, the 2021 Acura TLX Type S will get 20-inch alloy wheels with optional 255-series summer performance tires, along with larger disc brakes and Brembo four-piston front callipers. “Handling is off the charts in comparison to the current TLX,” said Mr. Korkor, who recently had the opportunity to drive the 2021 model.

Inside, the TLX gets a while new instrument panel reminiscent of the one found in the RDX, with a lot of buttons and the brand’s pesky new infotainment system that relies on a touchpad interface to control as well as a 10.2-inch screen. However, Mr. Korkor said it has gained some refinements compared to the one in the RDX, after receiving some customer feedback, including physical volume, and seek controls surrounding the touchpad. Acura’s representative acknowledged that the system takes a while to get used to, but works more intuitively over time. 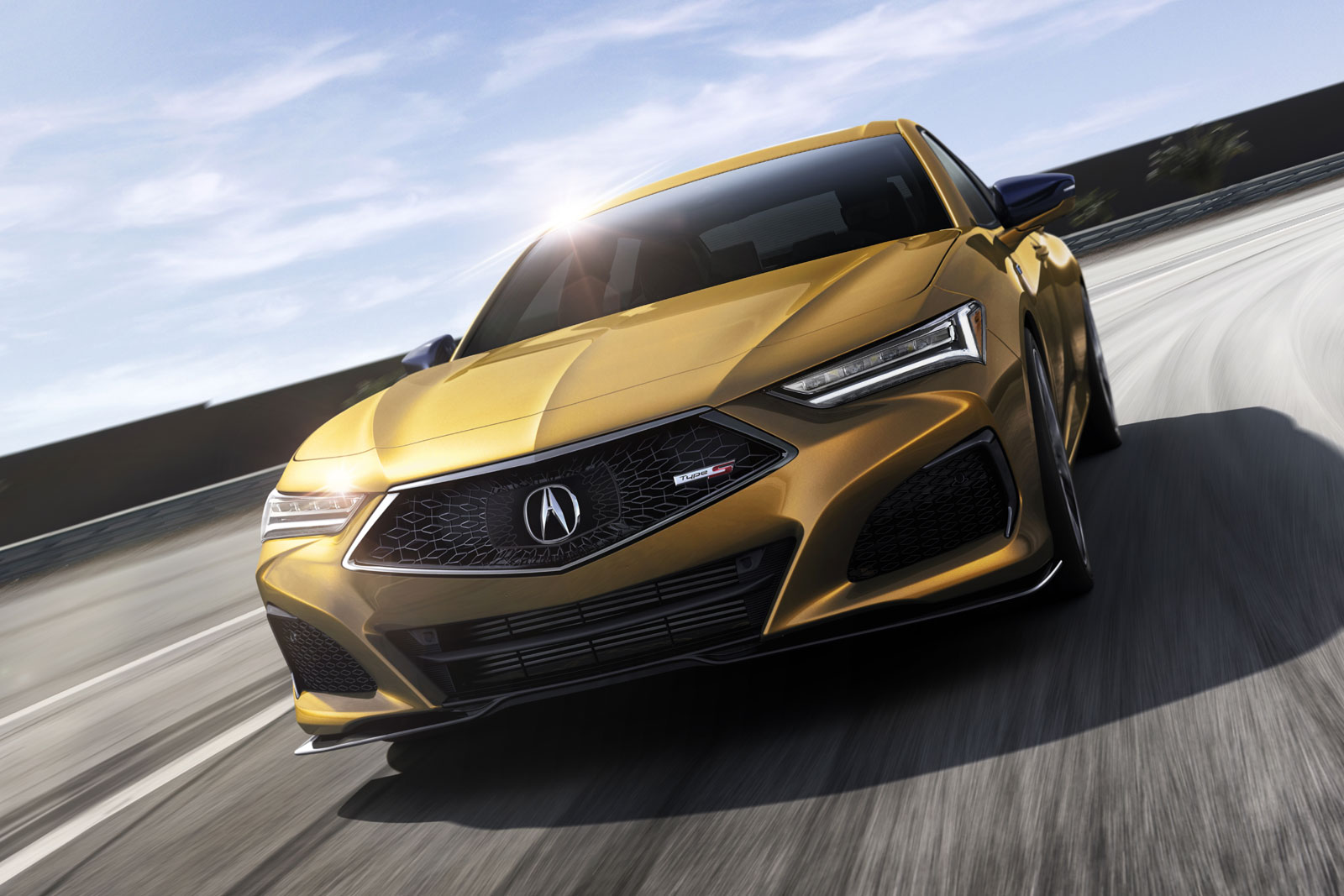 Last but not least, nine exterior paint colours will be available, including the new Phantom Violet Pearl and Type S-exclusive Tiger Eye Pearl. 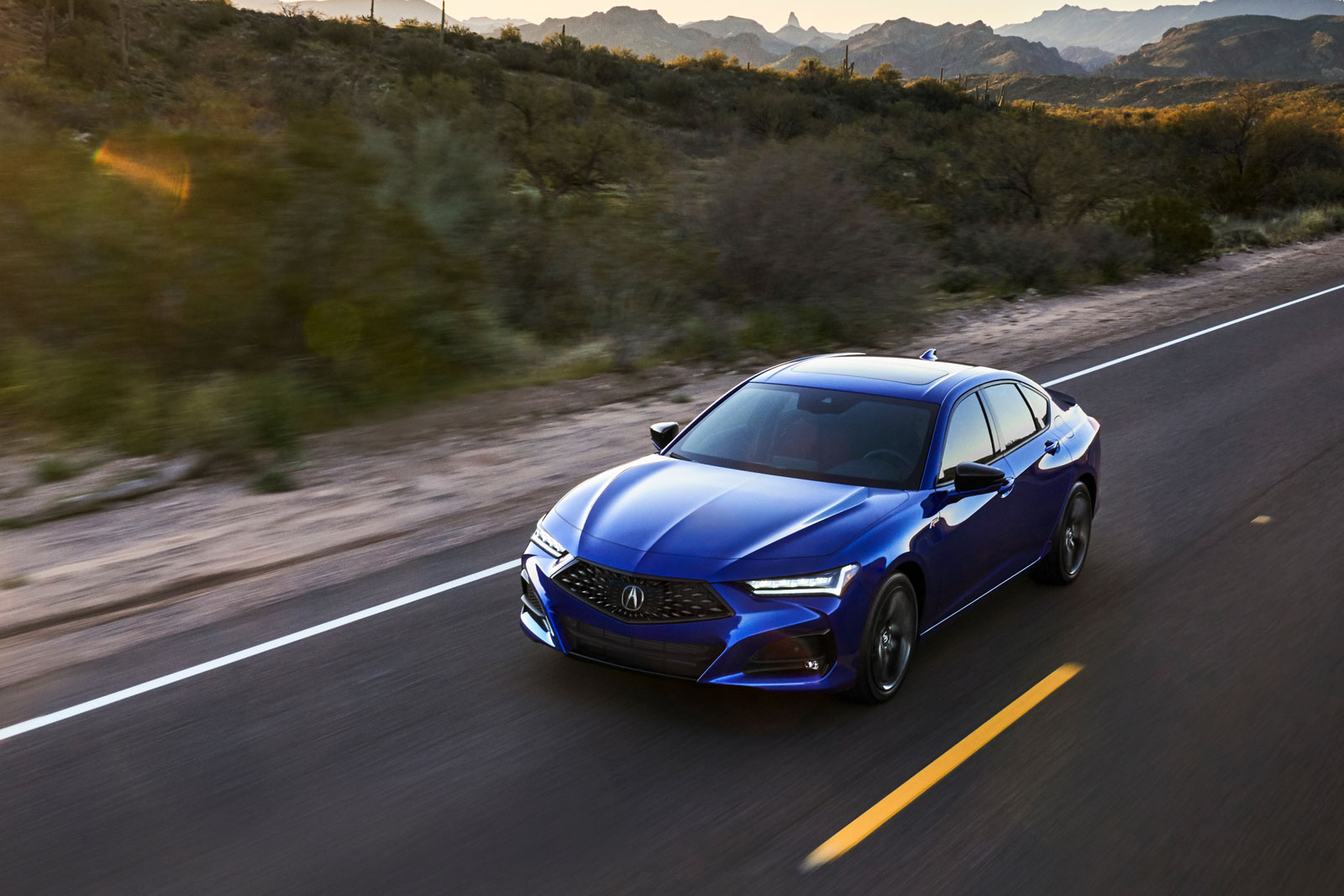 The 2021 Acura TLX was supposed to be unveiled at this year’s New York Auto Show in April, which was postponed, and more recently cancelled altogether due to the ongoing COVID-19 pandemic. The brand instead decided to reveal its new sports sedan online. Assembled in the United States, it will go on sale this fall priced in the low $40,000 range in Canada, in the mid-$30,000 range in the U.S., while the potent Type S variant will hit dealers in spring of 2021.

Whether the song Acura is singing is a heartfelt one or a lullaby will depend on how the redesigned 2021 Acura TLX will perform and handle, and how quickly the brand’s stranded loyalists will return to the fold. Despite the North American market’s ever-growing affection for crossovers, the brand still believes there’s a demand for sedans, and in Canada, it figures that 30% of its total sales will consist of cars, split between the new TLX (20%) and the aging Acura ILX subcompact (10%).