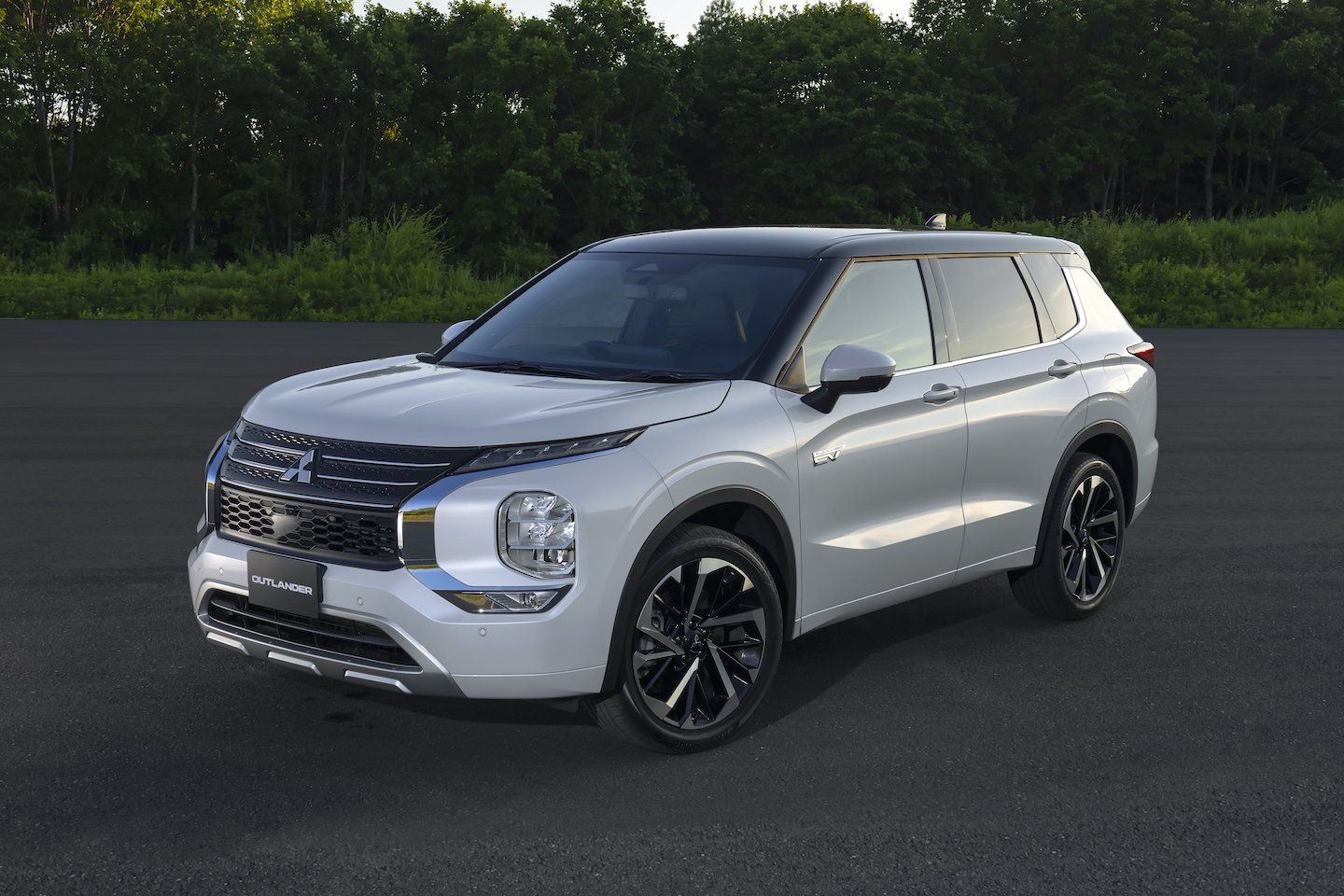 The Mitsubishi Outlander, the first plug-in hybrid SUV in the world, returns later this year with more of everything

Mitsubishi Canada is likely as excited as its legions of Outlander PHEV fans to finally announce when the latest version of its popular electrified SUV will arrive in Canada. The Outlander PHEV set many firsts in the country when it launched in 2018, and by year’s end, it will pick up where it left off.

Like the previous Outlander PHEV, the new 2023 model will feature a twin-motor AWD layout with a motor on each axle. The big news is that electric motor output will rise by an impressive 40%. Specifically, the new smaller front axle motor will develop 114 horsepower, up from 80. In the rear, the motor will now put out 134 horsepower, up from 90 previously. They will be mated to a revised, specifically-tuned, Atkinson cycle 2.4-litre combustion engine.

Mitsubishi hasn’t yet shared the total system output number, but the previous generation offered up 221 horsepower.

“In the next generation Outlander PHEV, we have significantly evolved our plug-in hybrid technology and built upon our considerable heritage in electrification and all-wheel drive. We are proud of how Canadians have embraced this vehicle over the past four years and look forward to their reaction when they drive the all-new vehicle,” said Kenji Harada, President and CEO, Mitsubishi Motor Sales of Canada, Inc.

In other news, the rear motor now features a new, integrated motor control unit that occupies less space than before. Unlike the previous Outlander PHEV, the new one will offer a three-row seating configuration for the first time.

Finally, the all-EV range. The new SUV will see its battery increase in size by 45%, to a 20-kWh unit, up from the previous version’s 13.8 kWh system. With the latter, the 2022 Outlander PHEV offered 39 km of range. It seems obvious it will surpass the 50-km mark, but we’ll have to wait to find out.

Mitsubishi Motors begins Canadian production at the Okazaki plant in October, with vehicles hitting Canadian shores in November. We should get pricing details and more specs between now and November.

A manufacturing defect has been found in some battery cells This problem affects the ID.4 and the ID.3 Volkswagen estimates this recall to...
Read more

The result of the survey is that buyers want both in-person and online shopping options. More than half of those surveyed think the...
Read more
Previous articleA Glimpse at Acura’s Electric Future, Soon
Next articleFive things you learn on a family vacay in the 2022 Jeep Wagoneer