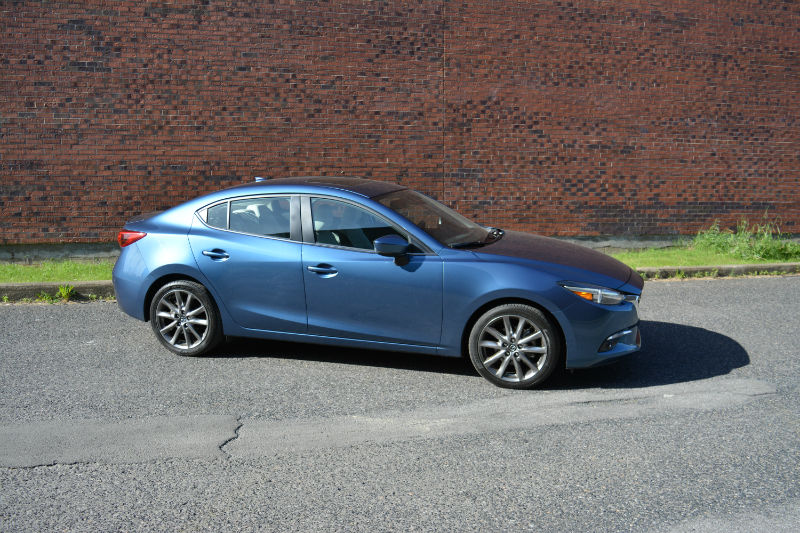 In 2017, five out of the top 15 best-selling new vehicles in Canada were compact cars, five were compact crossovers, four were pickups and the other, the Dodge Grand Caravan. Despite declining “car” sales in favour of utility vehicles, it is clear that small cars are still a very important part of the Canadian automotive landscape.

For Mazda Canada, their compact super-star once made up nearly 50% of all its Canadian sales some years ago if memory serves. It helped relaunch a whole new generation of Mazda when it arrived for 2004, on the heels of the then hot Mazda6 launched a year earlier.

The current generation Mazda3 was updated for the 2017 model year and made to be a more refined offering. Nothing’s changed for 2018 which means the GT exclusive 2.5-litre 4-cylinder still generates 184-horsepower and 185 lb.-ft. of torque. My GT sedan tester featured the 6-speed automatic transmission which made a decent week of compact motoring. While I did not achieve what could have been decent fuel consumption numbers, I did put the powertrain through the ringer. 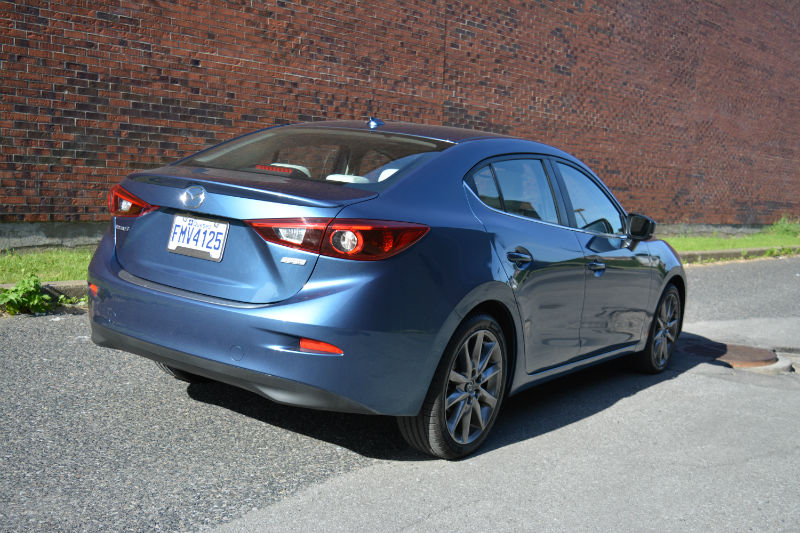 I’m not supposed to write these things, but the fact of the matter is that the Mazda3’s engine loves to rev and I live to indulge. To make matters worse for me, the solid chassis, fully independent suspension and responsive steering egged me on, practically begging me to push harder. The only reason why I did not was the uncharacteristically mushy brake pedal which responded all but too late to my inputs.

I enjoyed hanging out in the car. My tester included the Pure White leather trim that, while inherently upscale looking, would be a big no-no for me and my growing family. On that subject, although the Mazda3 is a good-sized compact car, baby seats and normal-sized adults don’t quite mix to everybody’s desire comfort levels. The amount of kit included in the car however, pleased all.

The 2018 Mazda3’s exterior styling continues to keep it at or near the top of the better-looking cars in the segment.

The future of the Mazda3 is looking immensely promising with the unveiling of the Kai Concept at the Tokyo Auto Show last fall and all of the SkyActiv- X powertrain developments. In the meantime, this car remains a best-seller for all the right reasons.

Elon Musk says the first units will be built this summer, with full-scale production next year. The specifications and price of the electric...
Read more
Previous article2018 Kia Stinger GT Limited vs. 2018 Genesis G70 3.3T Sport
Next articleFerrari vs. Ford, the movie