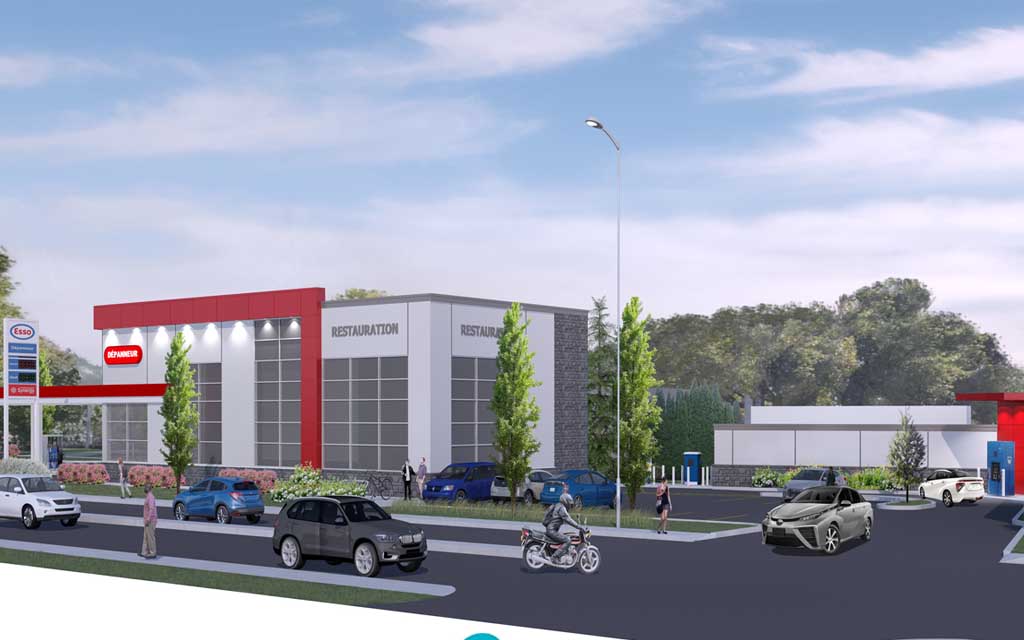 This is a true glimpse into the future today. This first multi-energy “re-fueling” station will be built in Quebec City and will offer hydrogen, electricity and good old petrol.

The latter two sources of energy are easy to come by as both have well established long-since setup distribution networks. Hydrogen, on the other hand, is a whole other ball-game.

In order to service the um, handful of Fuel Cell Vehicles that will eventually find their way on the road, the station will be fitted with its own electrolyser. It will create, on the spot, up to 200 kg of hydrogen per day. This station will essentially refuel a fleet of 50 Toyota Mirai that will be part of study orchestrated by Toyota Canada that will begin before the end of the year.

The $5.2 million investment ($2.9 million in governmental funding) will be a Harnois station and will provide two charging stations as part of Hydro-Québec’s Circuit électrique.

The paint’s barely dried on the C8 and we’re already on the C9. Although still relatively rare, the C8 launched for the 2020...
Read more
Previous article2018 McLaren 720S
Next article2018 BMW 640i xDrive GT Review