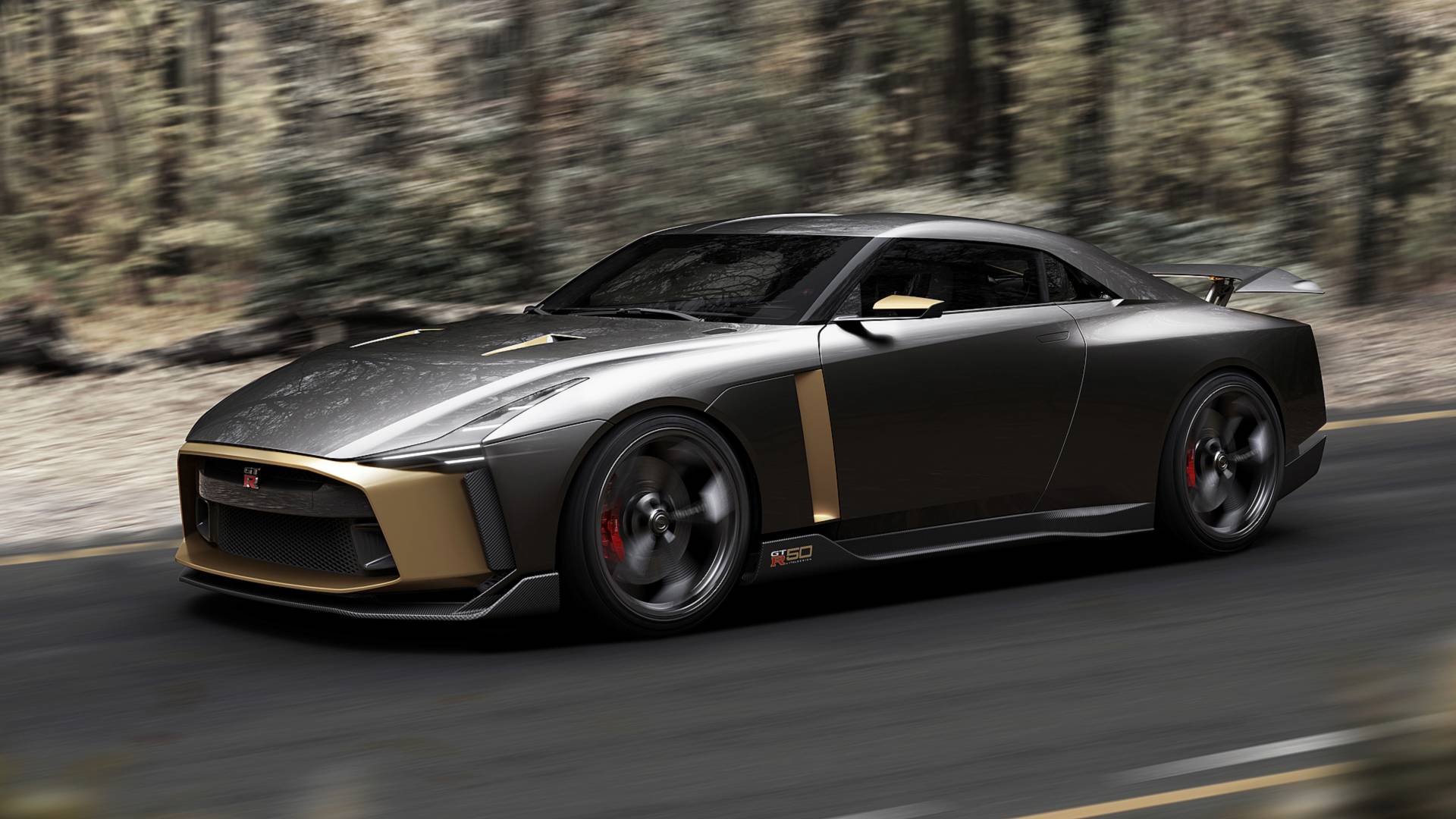 Your first question is whether or not you’re staring at the next generation R36 GT-R. The answer is, according to Nissan: No, you’re not. The GT-R50 is nothing more than a design exercise to demonstrate what the GT-R could be if designers were given free reign and had no rules to follow.

The Nissan GT-R50 prototype is built off a 2018 GT-R Nismo and has had its engine tweaked by Nismo using its GT3 endurance racing experience. The twin-turbo 3.8-litre V6 produces 720-horsepower and 575 lb.-ft. of torque. If the next GT-R will not look like this, we’re willing to bet that its engine will have specs similar to these.

Now, to say that the GT-R50 is pretty, or even attractive will depend on how clean your beer goggles are. Like the ugly McLaren Senna, the GT-R50 is, um, ugly. But hey, it’s 54mm shorter height-wise and sports the signature quad taillights that we’ve become very accustomed too on these cars.

In case you were wondering, the “50” in the name refers to 50 years of Skyline and GT-R as well as 50 years of Italdesign.

$5.5 Billion of this investment will go toward a new factory in Georgia that will only build electric vehicles. The other $3 Billion...
Read more
Previous articleHonda S2000 and BMW M4 dual on the Nürburgring
Next article2020 Tesla Roadster will be a weapon