News The Lamborghini Essenza SCV12 With the Racer Who Developed it

The Lamborghini Essenza SCV12 With the Racer Who Developed it 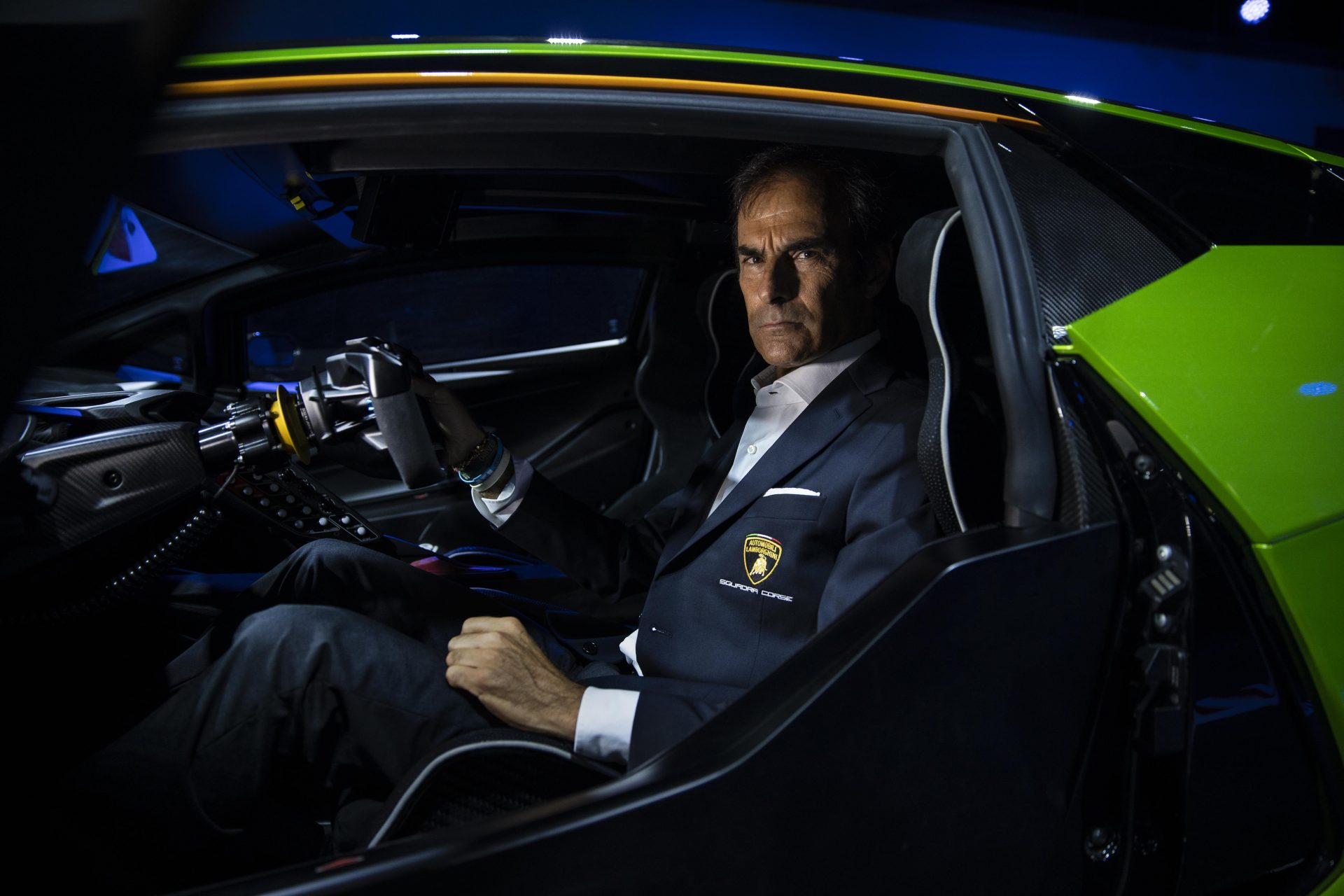 Five-time Le Mans winner Emanuele Pirro is talking Lamborghini Essenza SCV12 as the track car gets ready to make its debut. The former F1 driver was part of the team that helped tame the most powerful V12 the automaker has ever developed.

“Our journey with the Essenza SCV12 was a beautiful and fascinating one,” said Pirro. “That might seem like a banal thing to say, but it’s true. This was the first time that I was involved from the very beginning of a project and followed the whole gestation period, as if it were a living creature. It was an emotional and really stimulating experience. Throughout my career I’ve contributed to the development of several cars but this was the first one where I followed every single step of the evolution, able to give my contribution at each stage.”

Pirro spent thousands of hours and kilometres behind the wheel of prototype versions of the Essenza, learning the car’s sounds, feel, and chassis in order to help Lamborghini better develop the brand’s ultimate track car.

The driver said that the two-year development process has lead to a car with suspension, brakes, and tires all “perfectly calibrated to allow even non-professional drivers to enjoy the enormous potential of this car without feeling intimidated by it.”

Pirro’s involvement in the development was important because he’s the one who will coach the owners of the new cars once they start taking them to the track this summer. The Essenza will have exclusive track days where owners can stretch the legs of their cars with crews, that coach, and other special amenities. Limited to just 40, the car will make more than 830 hp from its V12, and all will be stored in a special hangar in Sant’Agata built just for the Essenza SCV12 club.

Jaguar will become fully electric in the next few years. We will get more information on the brand's future in 2023. The first...
Read more
Previous articleHonda Trademarks Prologue Name: New EV Sports Car?
Next articleVolkswagen Teasing Performance ID.4 GTX EV