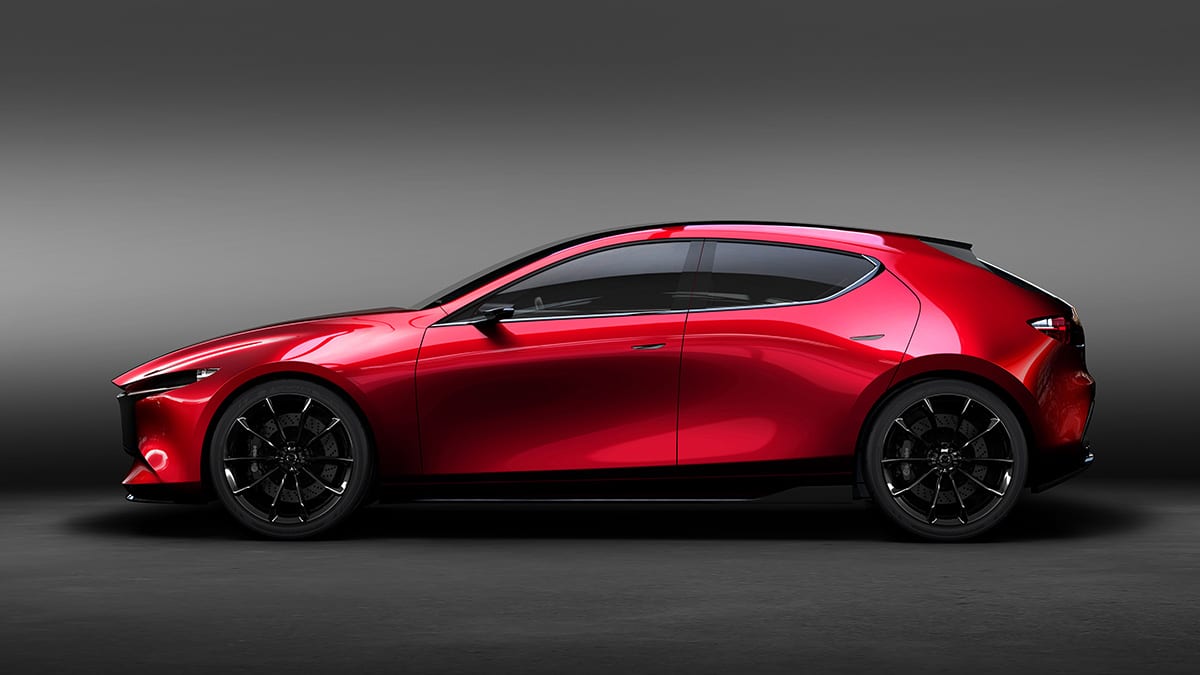 Saying we have very little to go on is an understatement, yet at the same time, we’ve already seen and experienced quite a bit… What are we talking about?

Mazda’s just released a teaser video that shows but a few angles of what we think might be the next generation 2019 Mazda3. We’re guessing that it’s the 3 as the first shot in the brief video looks very much like that of the Mazda Kai Concept that was revealed at last year’s Tokyo Motor Show. We were there and were seriously blown away by the Kai’s dramatic styling.

In the last year or so, we also sampled Mazda’s latest SkyActiv-X engine and platform technology in a current Mazda3 test mule. At the time, we were told to expect to see more of the new SkyActiv stuff by year’s end. We are at year’s end.

Putting one and one together and knowing that the majority of Mazda’s lineup has recently been refreshed or updated (all the CXs, the 6, the MX-5), this leaves only the 3 as the possible usher of this New Era, as Mazda puts it.

Over the last 12 months, we anticipated the coming of the new Mazda3 in 2019 but most recently, we hinted that this November’s L.A. Auto Show could the venue for the release of the compact 3. We’ll keep you posted as we learn more.

The Jeep Cherokee will be entirely revised in 2024 or 2025 The top-of-the-line version could be called Wagoneer This model will feature “heavy...
Read more
Previous articleCrate Supercharged Corvette ZR1 Engine For your Project Car!
Next articleFord Says No Ranger Raptor For North America