The new 2019 Volvo S60 Unveiled this Morning in South Carolina 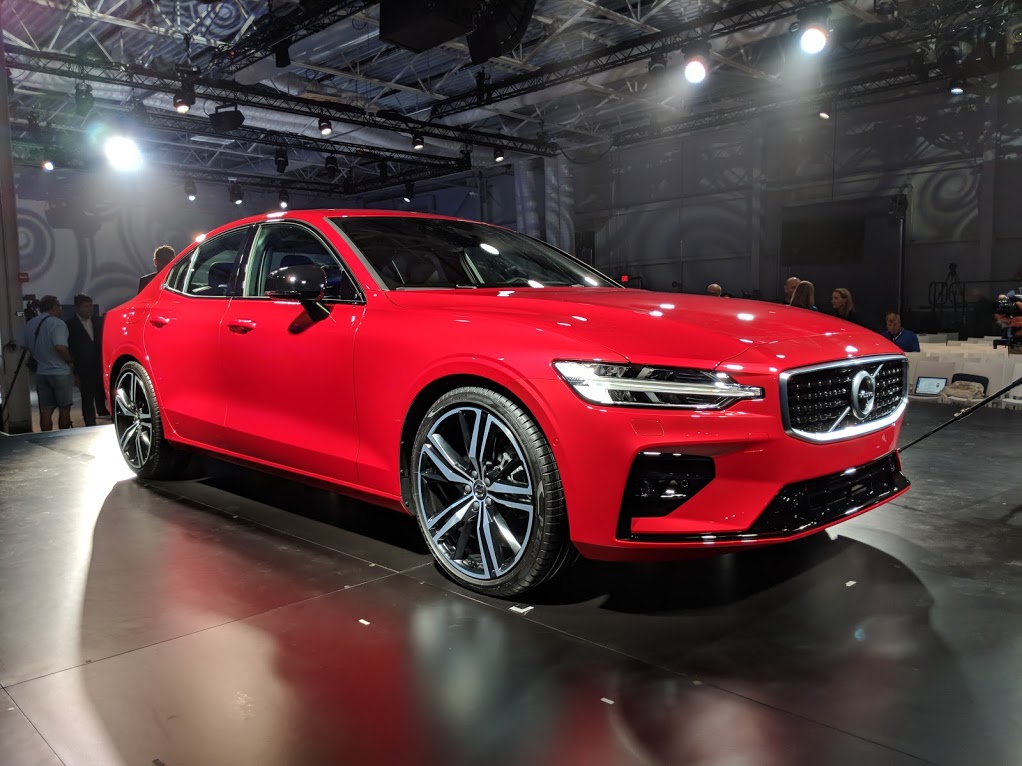 With the new-generation Volvo S60 introduced this morning at the manufacturer’s brand new factory in South Carolina, Volvo is embarking on a new path that will for the first time include a car built in America . The plant itself, first announced back in 2015, becomes the first Volvo manufacturing location in North America. It will be fully operational in the fall and will employ over 4,000 people when running at full capacity.

Volvo also builds vehicles in Europe and China. With this new plant in the United States and the unveiling today of the new S60, Volvo continues to ride the momentum that began with the introduction of the new XC90 in 2014, and that gained even more speed with the new S90 and V90, the new XC60, and the arrival this year of the small XC40.

Volvo now offers vehicles in the most important segments of the industry for a luxury car manufacturer, namely mid-size, compact, and subcompact SUVs. Often prized for their design and sophistication, the brand’s models can now rely on more than just safety to stand out.

In the span of four years, Volvo has therefore managed to recover and ultimately secure its future. Gone are the days when an important model like the XC90 toiled for more than 10 years without a new generation to offer consumers. The only thing that was missing at this point was a compact luxury sedan. 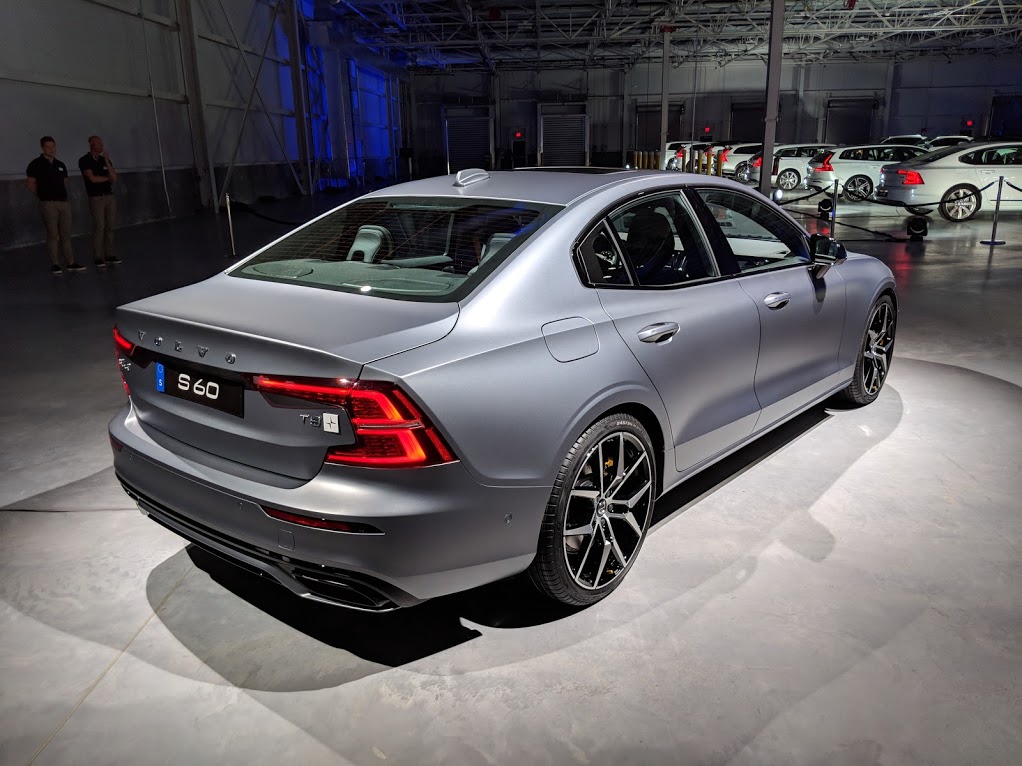 As a note here, Volvo is calling it a mid-size sedan because of its size, but ultimately the S60 will take on the BMW 3 Series, Mercedes-Benz C-Class, Audi A4, Lexus IS, Infiniti Q50, and Genesis G70 in terms of pricing and features.

The 2019 Volvo S60 is therefore of paramount importance to the manufacturer and should be Volvo’s most popular model after the XC90 and XC60.

Unveiled in 2010, the previous-generation S60 had some success on the market, but its narrow interior and the fact that the car hadn’t really been improved upon since its launch quickly hurt its sales.

With the new 2019 S60, we get car that perfectly integrates Volvo’s new DNA. Once again Volvo nailed it when it comes to design with the new S60 being strongly influenced by the beautiful S90. The S60 also shares its platform with the S90 and will also offer much more interior space and a lot more luxury and refinement than the outgoing model.

It will be available with both T5 and T6 gasoline engines at launch, while two plug-in hybrid engines will also be available. The first PHEV engine will offer 340 horsepower while the second, a 415-horsepower T8, will be more performance-oriented and will even offer a package developed by Polestar, Volvo’s high-performance arm. It will include improvements to the suspension, brakes, wheels and engine. 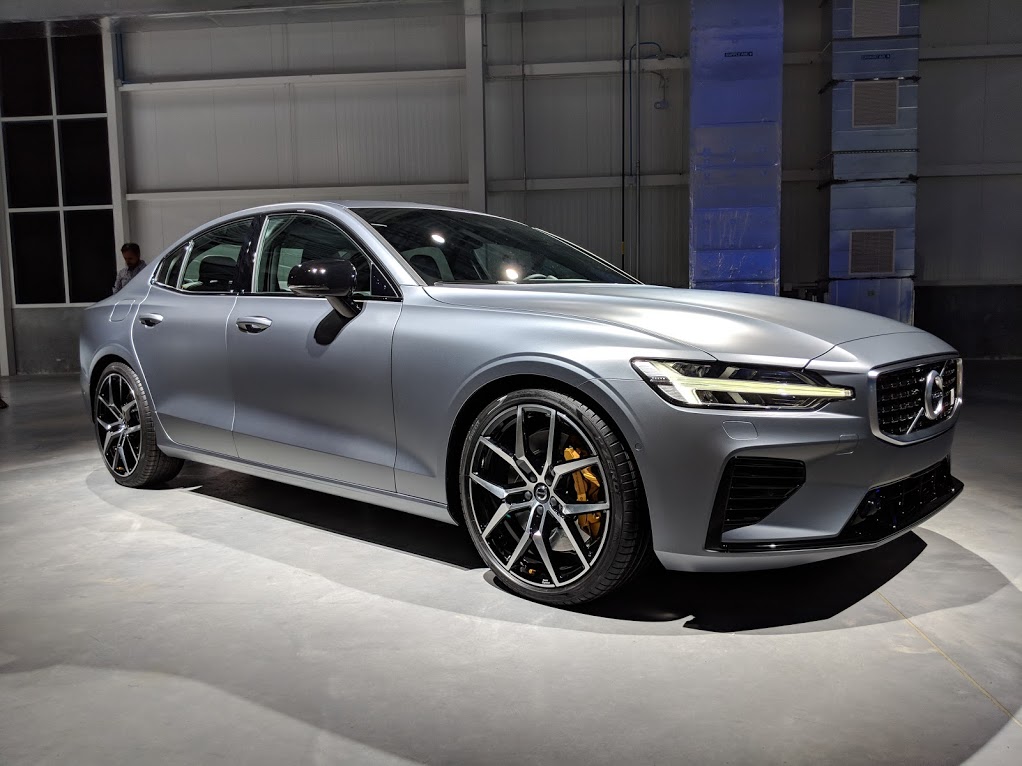 Obviously, safety still plays a major role in the car’s identity. It will feature City Safety collision detection and automatic braking technology that can detect and brake for pedestrians, cyclists, and large animals. As a first in its segment, it also recognizes oncoming traffic and can avoid collisions there as well.

For a luxury manufacturer, it is essential to offer a compact sedan, a mid-size SUV and a compact SUV that serve as a showcase for the brand. With the new 2019 Volvo S60 joining the likes of the XC40, XC60 and XC90, Volvo has a shinny and high-quality lineup to offer buyers. After several years of uncertainty at Volvo, the future has never been brighter.