News The next R8 will be electrified

The next R8 will be electrified 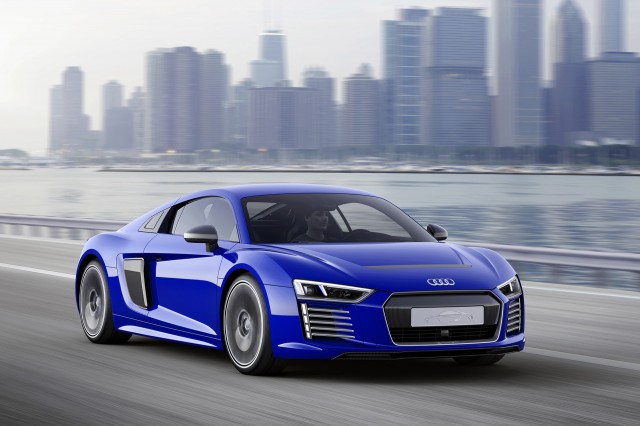 Funny things are going on over at Audi at the moment. A few days ago, Audi’s US website had dropped the R8 coupe, leaving only the Spyder. This coincide with rumours circulating about Audi not being interested in building a 3rd generation R8.

According to some, we’ve already had a glance of the new R8, known as the Audi PB18 e-tron Concept.

While we don’t know exactly what it will look like or real specs, we’re quite certain it will kick butt. An electric R8 is not a new concept as a few years ago, Audi released and sold a handful of R8 e-tron cars (I’ve driven one). The project died early on as the car retailed for over a $1 million and had limited range. They were ballistically fast however.

The 3rd generation R8 will surely match and surpass the PB18’s project performance numbers. A 1,000-horsepower or more with AWD are very real possibilities.

Latest Accord comes with Google built-in Offers hybrid and gas power The 2023 Honda Accord sedan is getting ready to arrive at dealers in...
Read more
Previous articleThe « Bandit » passes away at the age of 82
Next articleA new 2019 BMW X2 M35i with 302 horsepower