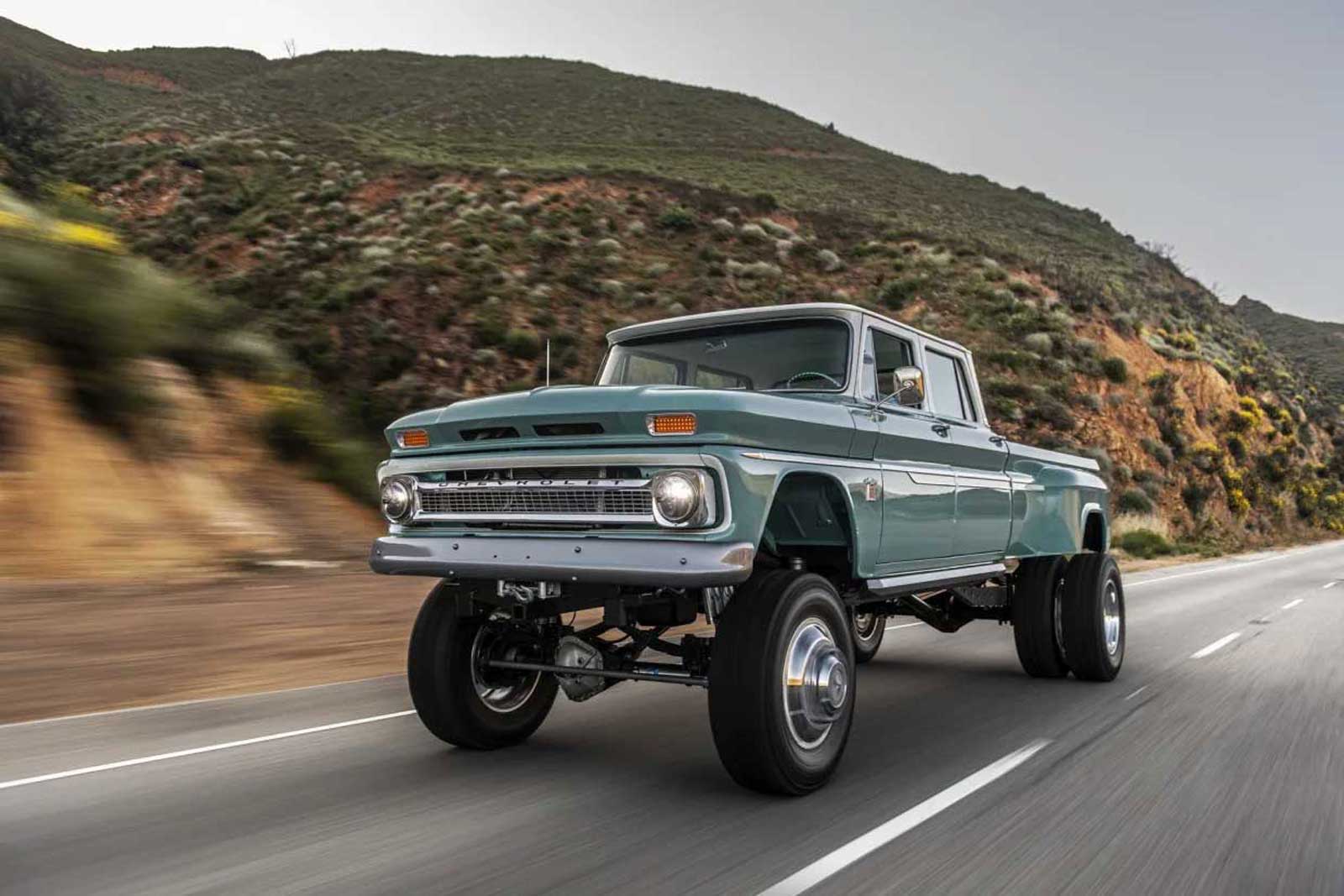 Rtech Fabrications has made a name for itself for building outrageously massive, lifted pickup trucks with vintage bodies and modern powertrains. Its latest creation is called The Ponderosa, a jacked-up Chevrolet C30—touted as a ’66—with a custom-built crew cab and dual rear wheels, and recently starred on an episode of Jay Leno’s Garage.

As a matter of fact, General Motors didn’t build a crew cab C30, so Rtech made one. It also used the frame of a flatbed, whose wheelbase stretches a whopping 175 inches. The result is a massive truck that weighs in at 8,300 pounds with a full tank of fuel.

Under the hood of The Ponderosa, there’s a 5.9-litre Cummins turbo-diesel six, and this specially tuned version that Rtech calls its Signature Series produces 550 horsepower as well as 1,400 pound-feet of torque. The original C30 didn’t have four-wheel drive, but this one does, and the engine’s muscle is sent to the four rear wheels—or all six wheels using a shift-on-the-fly transfer case—via a five-speed manual transmission. 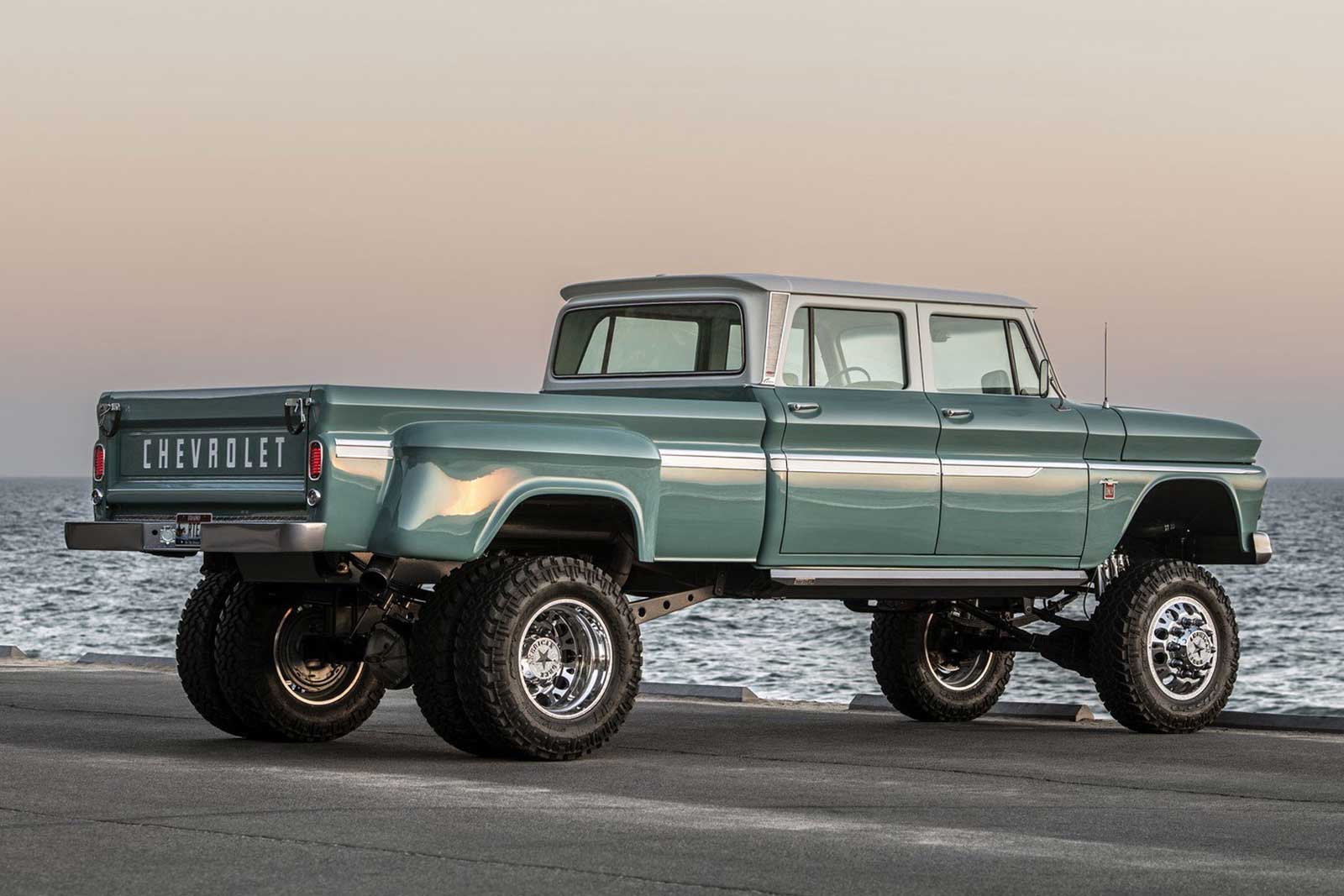 For people who criticize the company’s decision to fit a Cummins engine that’s usually found in a Ram HD pickup, but Indiana-based Rtech Fabrications president Randall Robertson has the perfect answer for them: “The Cummins engine is an American-made motor, the Duramax (GM’s diesel engine) is a Japanese motor.”

The Ponderosa restomod pickup is the first prototype of its series, and is owned by Mr. Robertson. However, several of these rigs are on order, the he points out that the builds are made in batches. For example, the company will work on five bodies of the same model side by side. 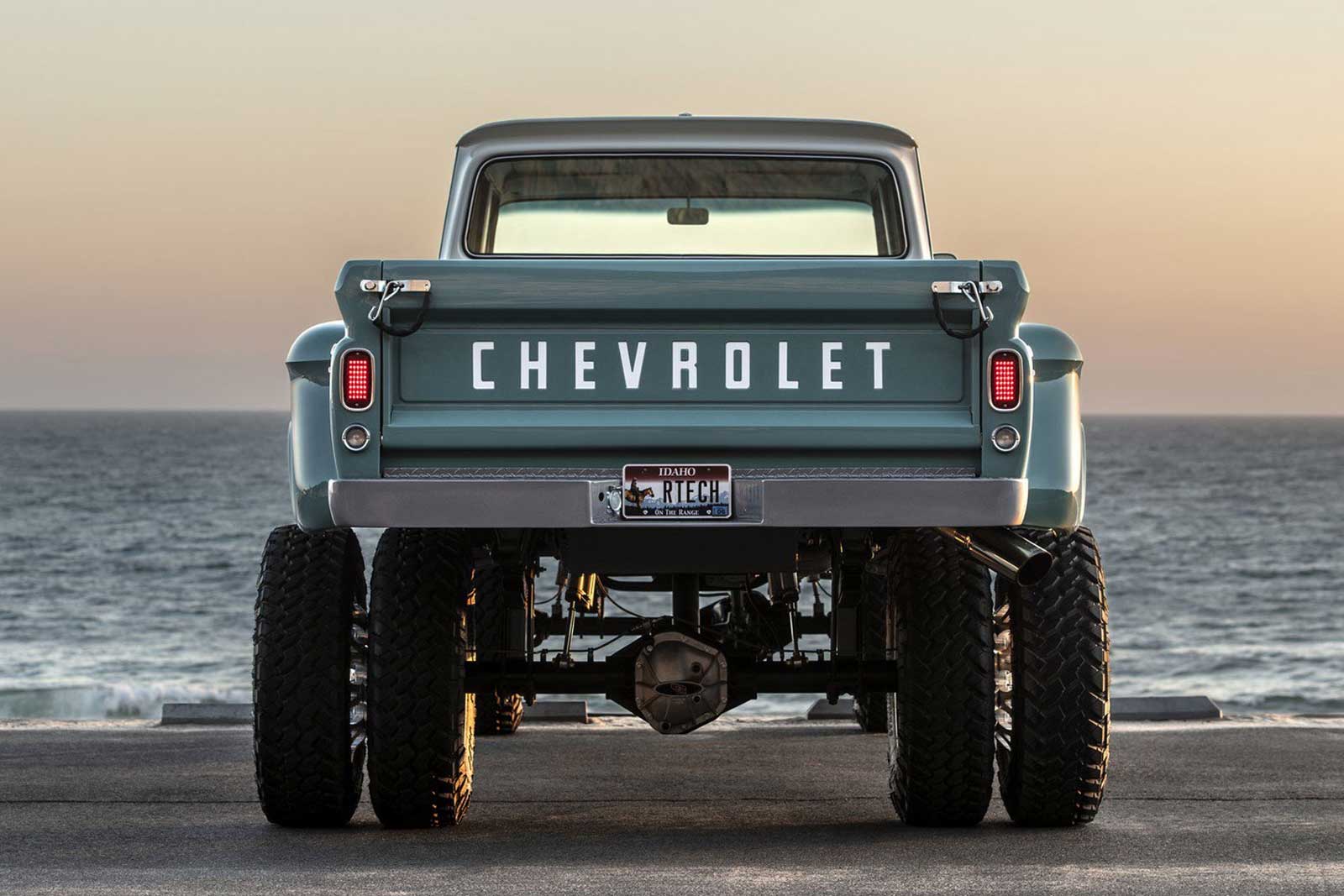 There’s a lot more to be said about this behemoth, but we’ll let Jay Leno and Randall Robertson explain it in detail in the video seen here. Leno seems mighty impressed with the way the truck drives, despite its girth.

Aside from The Ponderosa, whose pricing starts at USD$150,000 and can reach well over $200K with a little personalisation, Rtech Fabrications worked has a number of other pickups in its catalogue, including the 1972 Chevrolet K50 that’s also seen in the video, nicknamed The Duke.