News The Porsche 904 Living Legend is the Bare Bones Sports Car We... 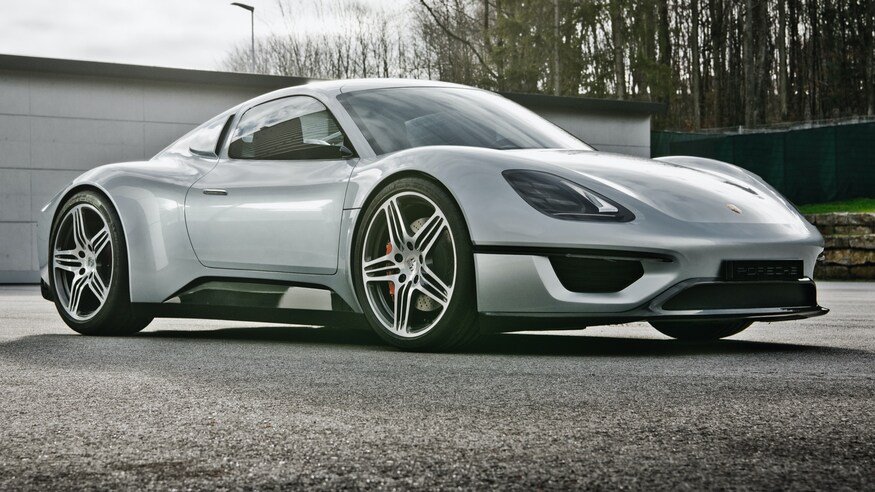 This is the story of what could have been the most revolutionary sports car of the last decade. A tiny motorcycle twin engine mounted behind the driver, spinning to 11,000 rpm and catapulting the carbon fibre Porsche around corners. The opposite of the ever-growing, ever-heavier turbocharged and electrified sports cars that we instead ended up with. This is the 904 Living Legend Concept.

The long story of the concept comes via Motor Trend, taking a look back at the minimalist dream that didn’t make production but did pit a spin on the company’s future projects. This one was inspired by a Volkswagen and it took many other parts from around the Volkswagen Group stable.

It started with the XL Sport, a derivative of the two-cylinder diesel-powered XL1 hybrid that was said to be capable of 261 mpg (yes, gallons, not hour), thanks to being tiny, composite, and a featherweight. The XL Sport used a gas engine, an L-twin from the Ducati 1199 Superleggera, to add power and performance at the expense of fuel economy.

Porsche wanted in, and they took their styling from the 904, a mid-engine rear-drive car Porsche launched in 1964 to Compete in FIA-GT racing. Though called the 904 internally, this car was sold as the Carrera GTS, thanks to the same Peugeot naming issues that changed the 901 to the 911.

Only a full-size model was built, called the 904 Living Legend, but the car certainly works to preview what Porsche would do with its production cars in the next few years. Razor-thin rear lights that you’ll now find on the 911 and Taycan, and headlights that certainly resemble what are now found on the Panamera.

Would it have made sense for production? Probably not, just ask Alfa Romeo how well the similar-idea 4C sold. It would have been pretty great, though, wouldn’t it?

The first units of the electric pickup have left the assembly plant. The company wants to have delivered 50 vehicles by the end...
Read more
Previous articleRivian Details Three Launch Models of R1T Electric Pickup
Next articleThe 2022 Honda Civic Debuts on Twitch Next Tuesday