News The Tesla Roadster Will Hit 60MPH in 1.1 Seconds

The Tesla Roadster Will Hit 60MPH in 1.1 Seconds

The Tesla Roadster will become the quickest production car in history

The Tesla Roadster is currently on display at the Petersen Auto Museum at the moment. The Roadster’s information sheet is where the acceleration was first seen, and one visitor Tweeted the 1.1-second to 60mph number. Elon Musk was tagged in the Tweet, and he replied that, indeed, the figure was not a mistake.

Yes, with the SpaceX rocket thruster option package. It will be safe, but very intense. Probably not wise for those with a medical condition – same as a hardcore roller coaster.

When the new-generation Tesla Roadster was first announced and prototypes could be seen, initial specifications indicated that the base car could reach 60mph in only 1.9 seconds. This new figure enters NHRA Top Fuel Dragster territory, as pointed out by Teslarati.

Elon Musk’s Tweet specifies that the 1.1-second sprint time is a direct result of the optional SpaceX rocket thruster package. The package includes cold gas thrusters which, as Tesla’s CEO points out, will create intense but safe acceleration. 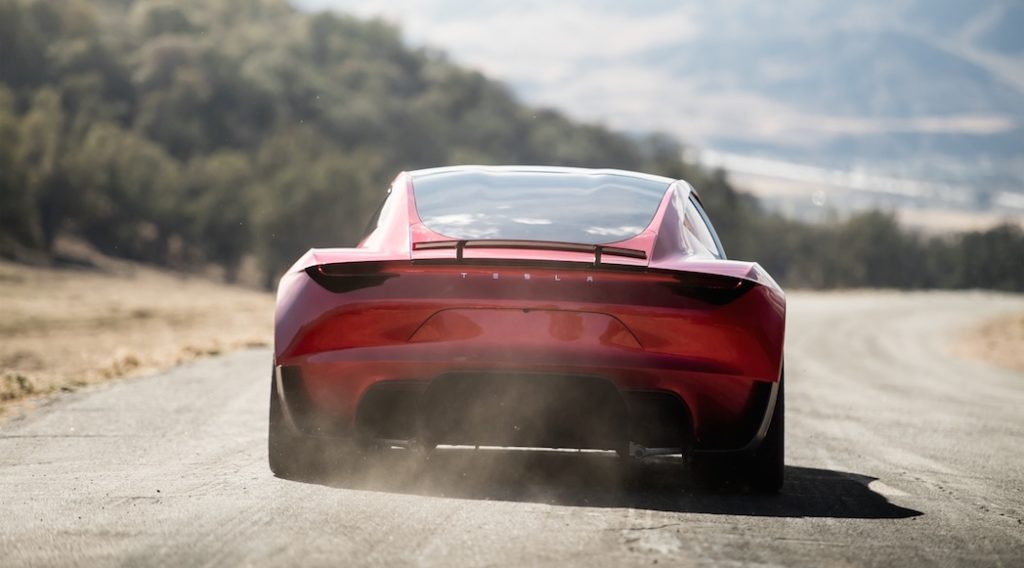 Further on, Musk mentions that Tesla’s upcoming hyper halo car will not look exactly like the prototype we’ve become accustomed to over the last few years. He added that it would look even better.

Prodrive made its name as a tuner for Subaru’s WRC efforts in the 1990s. The P25 is a carbon-composite 400-horsepower modern version of...
Read more
Previous articleChevrolet Corvette Production To Be Halted Next Week
Next article2021 BMW X4 M Competition Review: Sport Activity Hyper Coupe