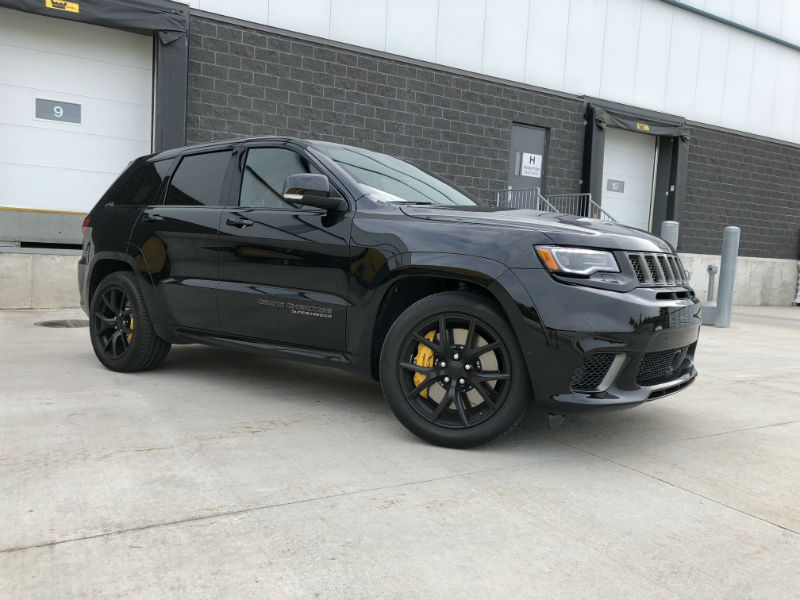 The much loved and aged Jeep Grand Cherokee will be replaced with an all-new model this year.

And by aged, we mean it. The current Jeep Grand Cherokee, which remains extremely popular, dates back to 2010. Even so, Jeep and FCA have managed to almost keep the midsize SUV fresh with various new versions including the ballistic Trackhawk. It’s worked so well that the Grand Cherokee is one of FCA’s prized profit vehicles.

FCA Head of Design Ralph Gilles and Mark Trostle, Head of Performance, Passenger & Utility Exterior Design at FCA both participated in a Facebook Live session held by FCA North America yesterday and it was in the course of the conversation that news of a new Grand Cherokee was shared. Nothing else was said but it’s expected that the new Jeep will be built on Alfa Romeo’s Giorgio platform which underpins the Stelvio and Giulia at the moment. As well, at least one electrified version should be offered in time.

FCA is no stranger to dragging model generations on for what seems like generations. The Dodge Charge/Challenger/Chrysler 300, the Dodge Journey, the Dodge Grand Caravan, the Dodge Durango, and so on, are all ancient in terms of platform technology and yet they still thrive.

This new generation Jeep Grand Cherokee, soon to be followed by the return of the Grand Wagoneer, will certainly pick up where the current one will leave off.

Tesla recently announced a 20% price cut for all of its models, including the entry-level Model Y. This version of the electric SUV...
Read more
Previous articleWorld Premiere of BMW Concept i4 Will Be Virtual
Next articleCould The Cancellation Of The Geneva Motor Put The Value Of Auto Shows In Question?