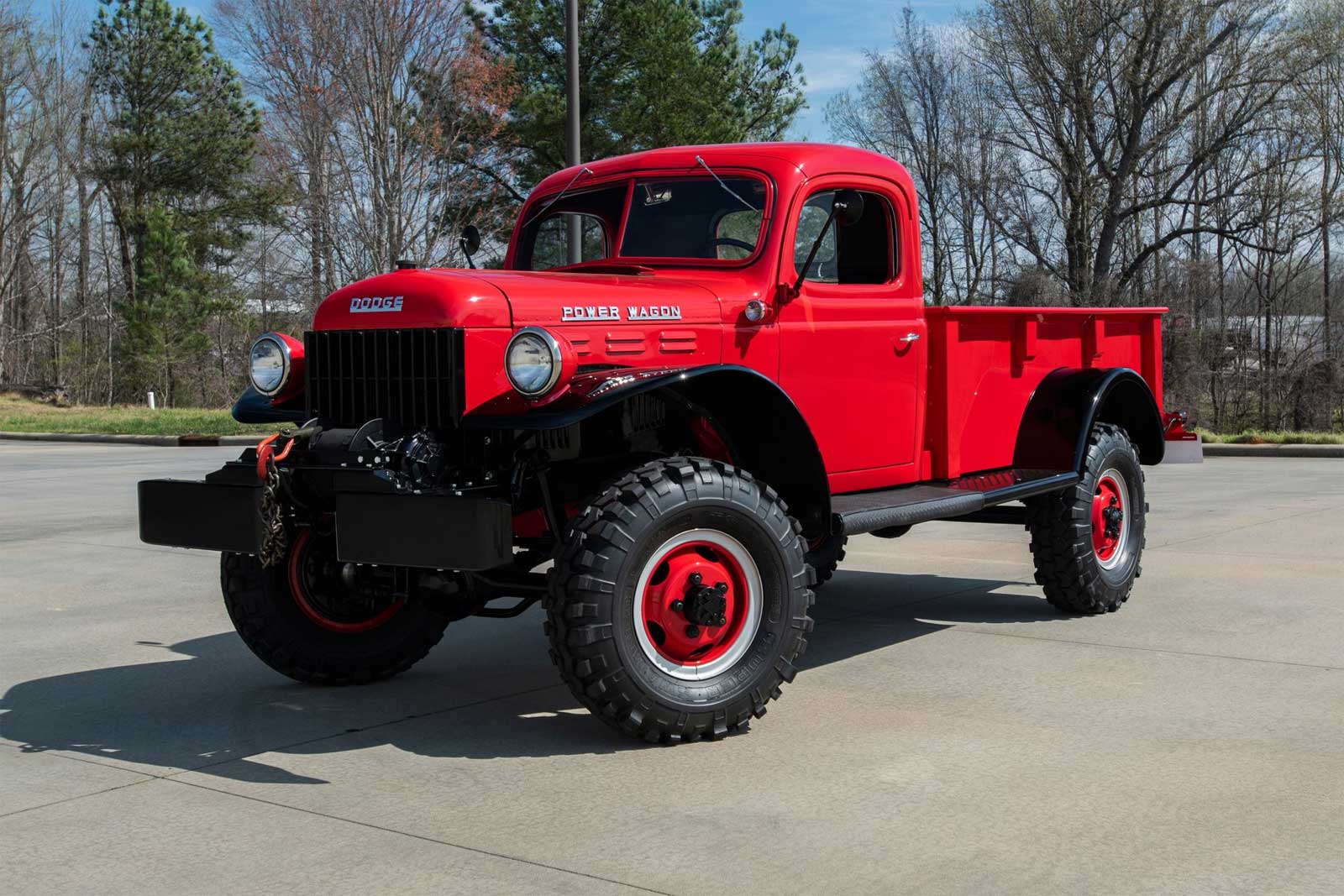 One of the very first civilian off-road trucks on the market.

With the evergreen popularity of the Jeep Wrangler, the upcoming return of the Ford Bronco and the much-admired Ford F-150 Raptor, Jeep Gladiator and Chevrolet Colorado ZR2 pickups, righteous off-road vehicles are seemingly becoming very trendy. However, one of the first hardcore adventure trucks, a 1952 Dodge Power Wagon, is on sale in Charlotte, North Carolina, and it looks simply awesome.

2021 Ram TRX Confirmed For This Summer, Sounds Like It Has A Hellcat Engine

Derived from the Dodge WC series of trucks built for military purposes, the Power Wagon hit the civilian market in 1946, and this first-generation 1952 B-3-PW example was painfully rested to perfection. Starting with what seems to be a solid chassis, the truck’s suspension was painted gloss black, while a manual steering system and drum brakes are also on board. 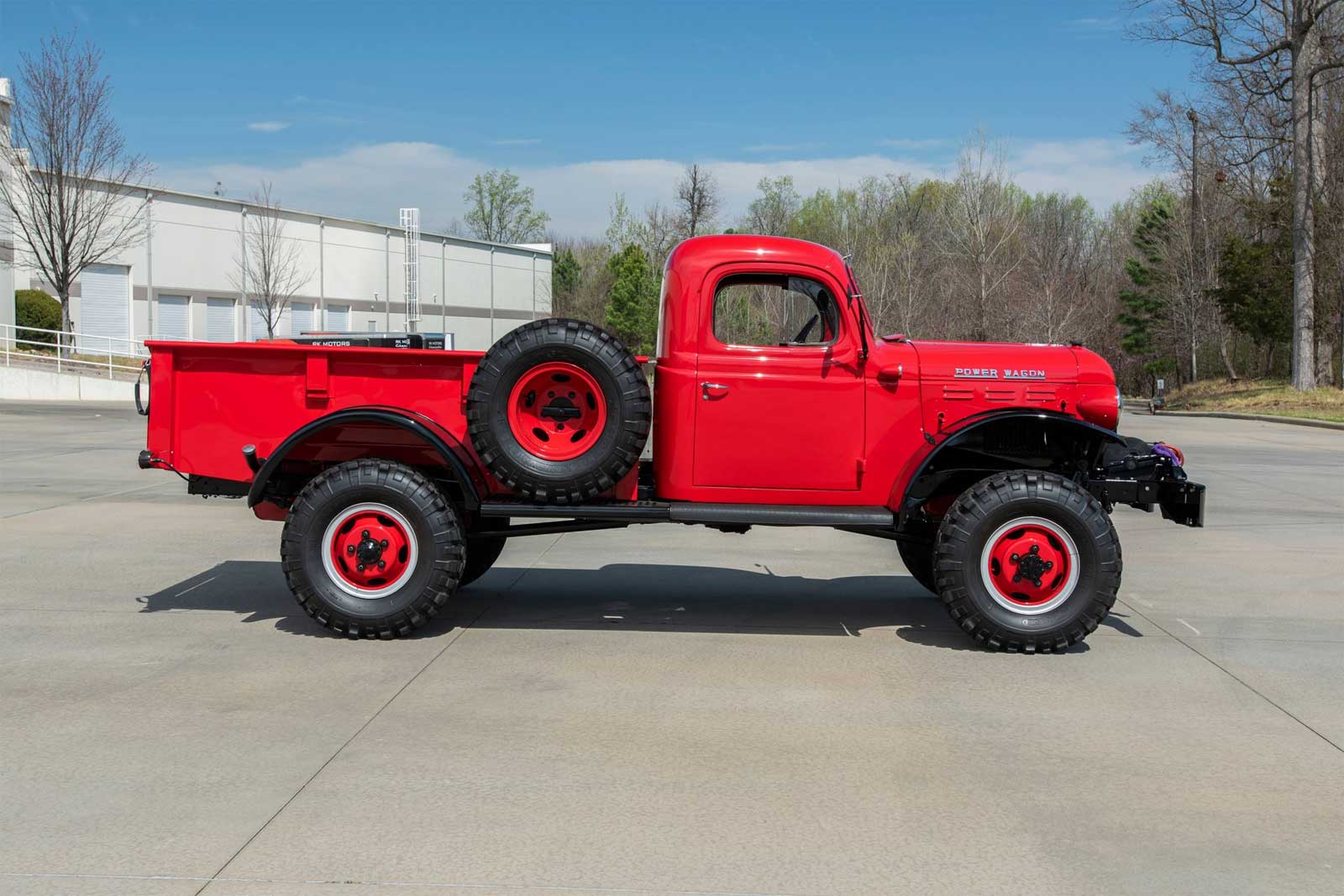 The 1952 Dodge Power Wagon’s body was repainted in a gleaming coat of red, along with shiny black fenders for a killer two-tone look. The beastly pickup cruises on a lifted suspension straight out of the factory, and serves as inspiration for today’s trucks upgraded with aftermarket lift kits.

This particular Power Wagon doesn’t include the Willock Chassis Swivel setup, a rare feature that split the truck’s frame into two pieces to provide constant terrain contact for all four wheels. A little more than 50 units with this split-frame system were built, so it’s even rarer than the example we’re looking at right now. However, this one boasts an eight-foot bed with a wooden load floor. Payload capacity is estimated at around 3,000 pounds, a tremendous number even by today’s pickup truck standards. 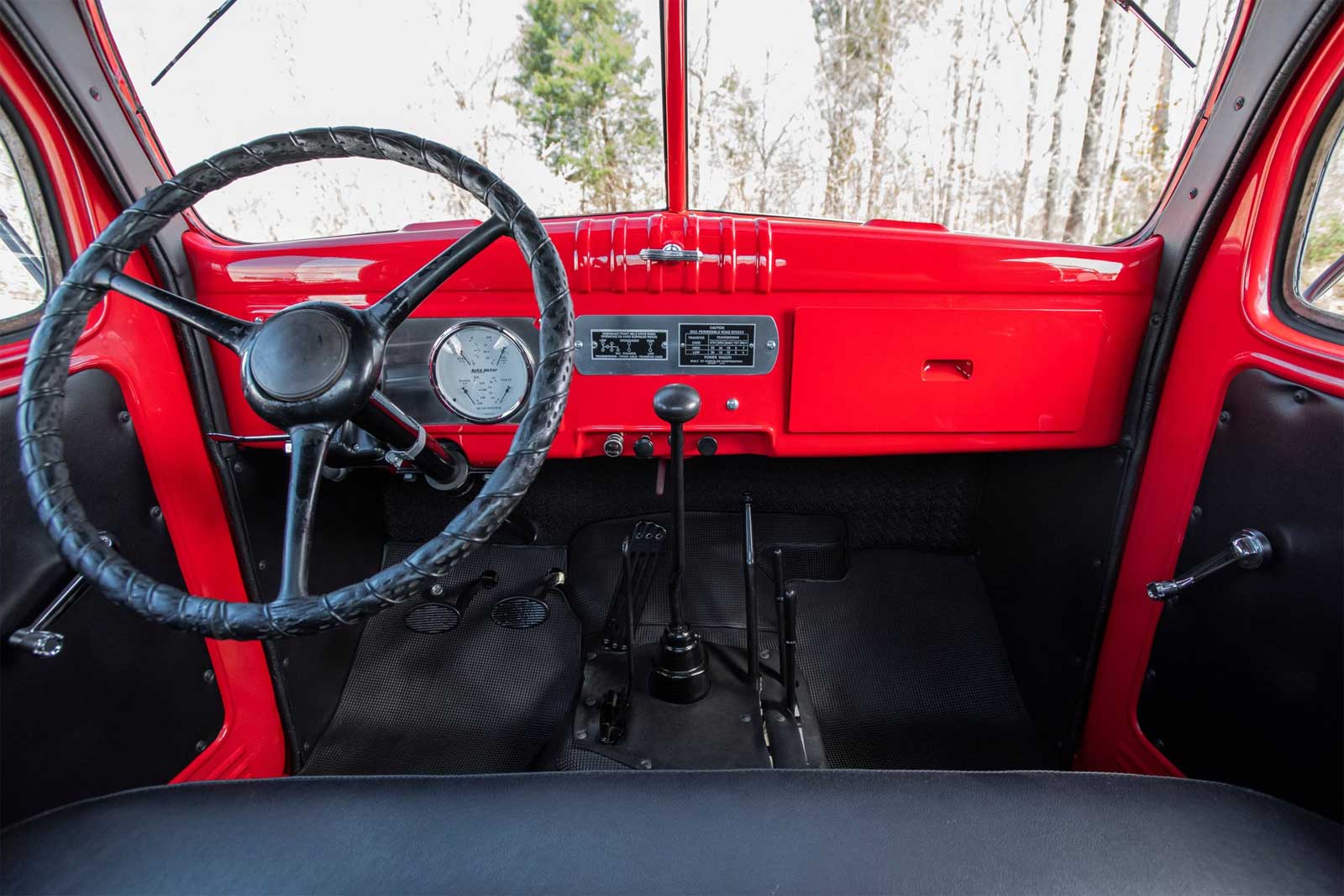 On sale by RK Motors in Charlotte, the 1952 Dodge Power Wagon is equipped with a 3.8L (230 cubic-inch) inline six engine that was rebuilt during the restoration process. It’s matched to a four-speed manual transmission, a two-speed transfer case and, of course, a part-time four-wheel drive system with a power take off. This Power Wagon is also blessed with 16-inch Split-Rim wheels wrapped in Interco Super Swamper tires.

Inside, the minimalistic cockpit includes a black vinyl bench seat, a colour-coordinated dashboard and a large-diameter steering wheel. There are also chromed door handles and window cranks, as virtually nothing inside the truck is power-assisted. 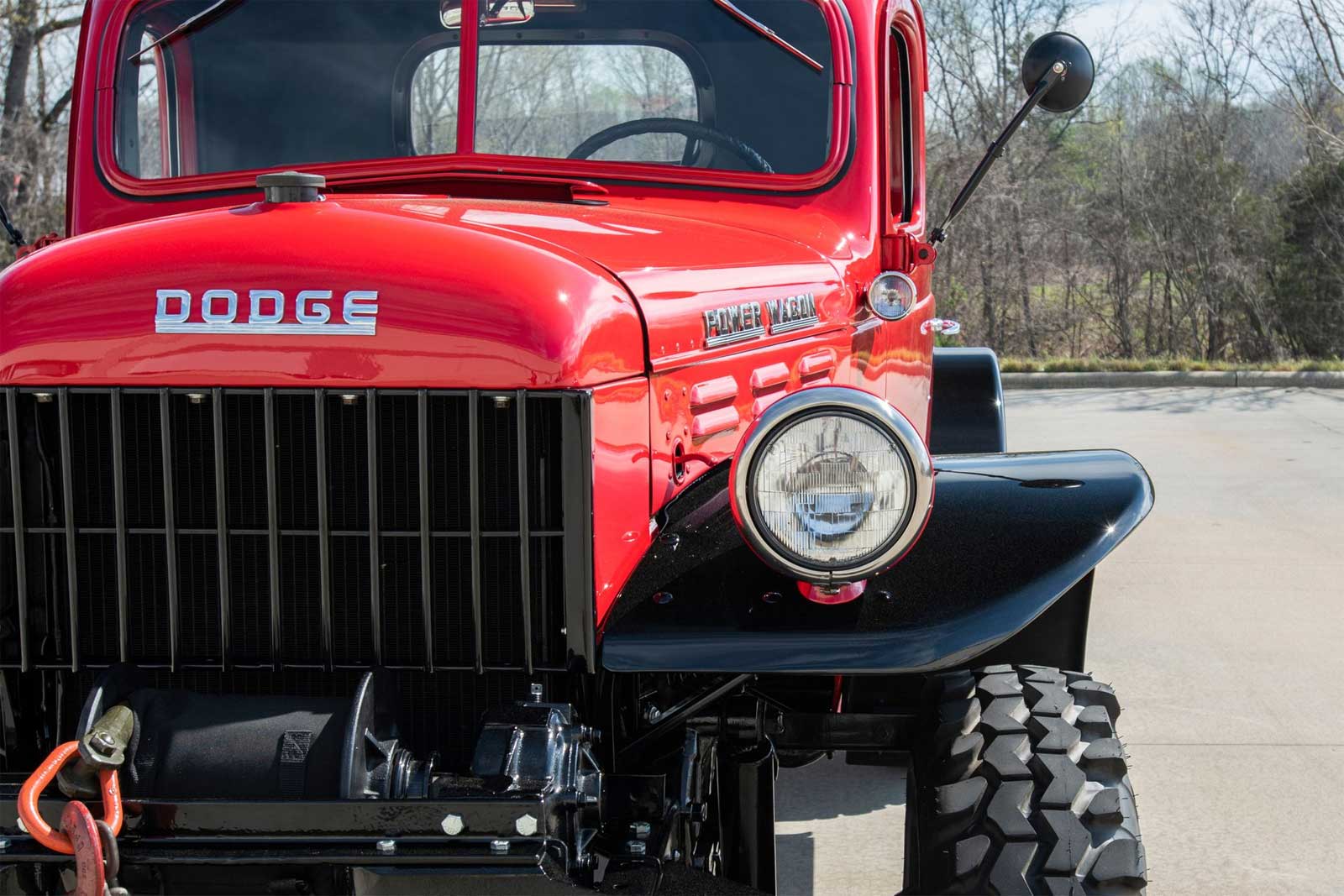 RK Motors is asking $117,900 USD for this pristine 1952 Dodge Power Wagon, which isn’t a bargain by any means. However, for that sum, we get a unique, badass vintage pickup truck dripping with swagger and robustness, which no lifted contemporary truck can match.