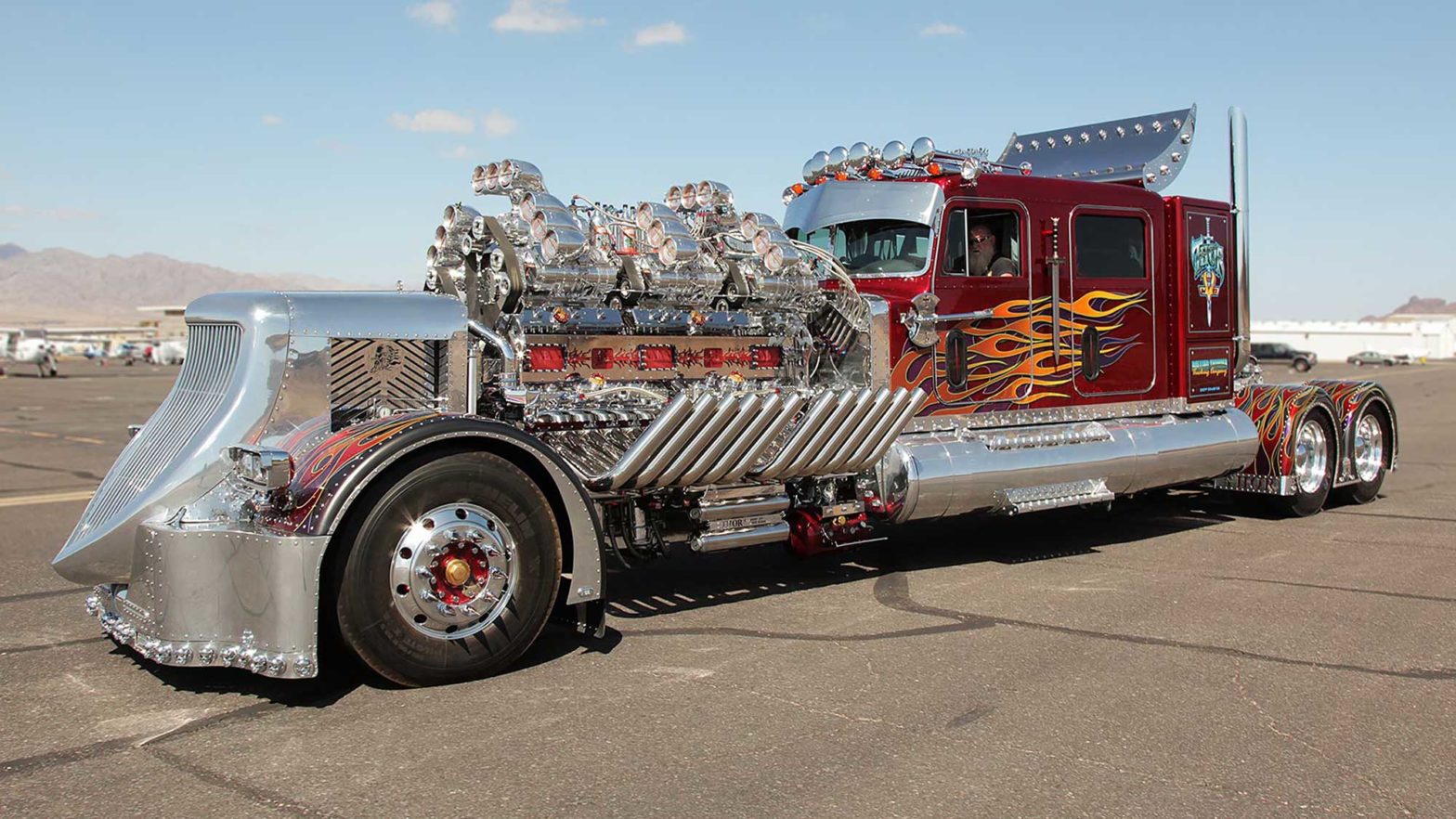 The Thor24 is the kind of truck you would expect a superhero to roll up in. Paint it green and it could be Hulk’s truck. Put a bat on the door and the cape crusader would use it to deliver mayhem to his ennemies. Over the top wouldn’t be enough to describe the massive semi, it would be barely enough to describe the gas tanks.

Built by Matt Harrah, the truck took 7 years to build and cost $7 million to build which means it netted a healthy profit for its creator. Sold at the Riyadh Auction in Saudi Arabia by Worldwide Auctioneers, was sold to an anonymous phone bidder. The truck weighs in at 32,000 pounds and stayed in Arizona where it was built. No word on where in the world it will be shipped.

We’re hoping the new buyer has enough garage space for his new Thor24. Measuring 44 feet, the truck is based off of a Peterbilt and is outfitted with twin V12 diesel engines that feature 12 superchargers. The whopping 24-cylinder powertrain delivers 3,234 horsepower.

Given the amount of power the Thor24 builds up, it needs more than simple brakes to stop. It is equipped with three parachutes which anyone in front of this monster will appreciate.

All we can say is congratulations to the new owner. Hopefully, this isn’t the last we see of the Thor24.