The pickup has evolved far more than most people think. Here are the top 12 coolest design and functional features.

The all-new 2021 Ford F-150 has so many innovative and novel features that it inspired us to put the following list together. Some of the elements listed below could be referred to as being especially useful but they did leave their mark on pickup lore.

This is one feature that should have caught on but it died along with the Avalanche (and Cadillac Escalade EXT) in 2013. 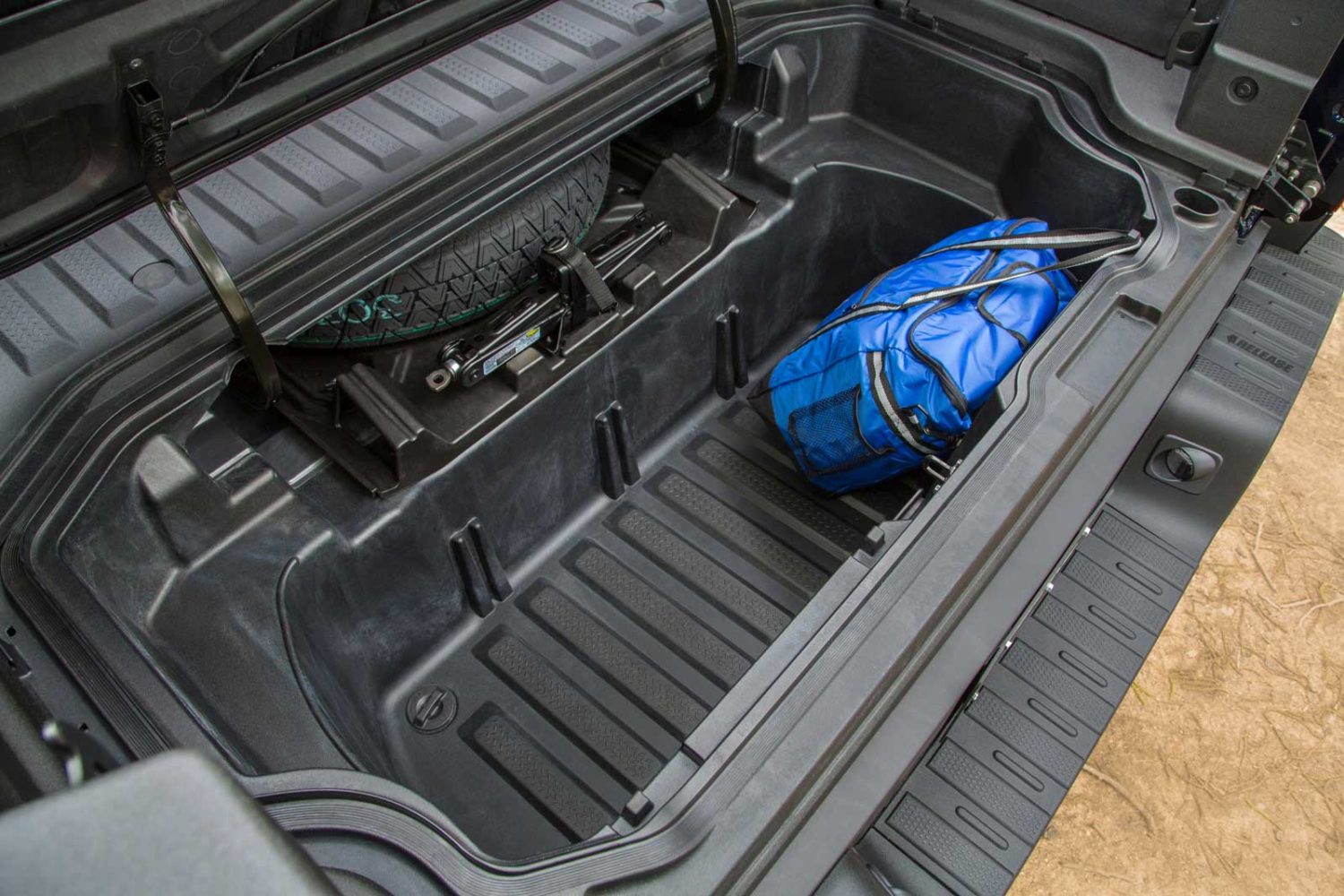 And this one too is a brilliant aspect should have been copied. In fact, the Ridgeline deserves more attention and respect for a number of reasons including its dual-action tailgate and great driving behaviour.

FCA figured out that a limo-sized cabin was missing and decided to offer it in its HD trucks, and it’s incredibly spacious.

Never again will a Ford F-150 owner have to drag a generator to the cottage or work site. Saves space and can charge on the go.

Up until then, trucks were meant to be used, but the Ram’s grille was meant to be seen. Understand that some pickups were attractive before the ’94 Ram but none were so bold.

The tailgate has had few versions over the last few decades. The Lincoln Blackwood barn-door was useful but the truck wasn’t. Some have had built-in steps, and some now open in various ways.

This is more like the coolest pickup every produced. Yes, the RAM V10 was impressive but a turbocharged 280 horsepower 4.3-litre V6 in a “soft” pickup was completely unnecessary. We think is did, in some respects, serve as an inspiration for some of the more attitude-packed trucks like the Raptor, the Rebel, and so on.

Be it in the cabin, thanks to the fold-away shifter, or on the tailgate, Ford’s brought functionality and smarts to a whole other level.

It took a while before Ford and GM introduced a turbo-diesel engine into their full-size light-duty trucks, years after RAM did so. While not an inexpensive option, the torque and fuel economy are scarcely believable.

Nissan’s bedside toolboxes did not encroach on the actual bed as the RAM boxes do but the idea of integrated storage for smaller items is incredibly useful.

Even if you are the greatest towing pro, sometimes the trailer can get away from you. The built-in technology offered in many modern trucks takes most of the sweat out of trailering.

The advantages to moving away, albeit slowly, from steel beds are numerous and include efficiency (these other materials are lighter), they don’t rust and are more dent resistant.

The Ford Lightning was already a legend before “tuna, no crust” and it deserves a huge spot in the pickup hall of fame. This 2nd generation Lightning made the Raptor possible.

Alright, so this is not exactly a performance pickup, of useful pickup, or much of a pickup period other than having a bed.

Did we miss any features or design elements? Or better yet, how many and which did we miss?

This allows drivers to simply plug the charger into the car, without having to use an app The feature is available on all...
Read more
Previous article2021 Cadillac XT6 Gets New Base Trim Level and Engine
Next article2021 Geneva Motor Show Officially Cancelled