News Top 15 Unveils To Look For At The 2020 Montreal International Auto...

As the first show of 2020, the MIAS has loads for everyone to discover. Here’s our Top 15 reveals.

The 2020 Montreal International Auto Show is the kick-off North American auto show and once more, it will not disappoint. Over the show’s ten day duration, which will be held at the Palais des Congrès near historic Old Montreal, every car lover, shopper and dreamer will find something to love.

Among the automotive highlights will be the Canada-only McLaren Senna Can-Am Edition and a few other North American Premieres. As far as local celebrities go, few are bigger than Maripier Morin who will participate in a meet and greet event at the Buick booth as she is a spokesperson for the brand.

If these reasons aren’t convincing enough, here are 15 more to get you out the door and at the 2020 edition of the MIAS:

This is it. Finally, after what seems like years of waiting and anticipation, the all-new 2020 mid-engine C8 Corvette will be on display for all to see. This spectacular looking sports car carries the Chevrolet Corvette legacy and takes it to the next level. Never before has an exotic car been more attainable with a starting price of only $70,000. With nearly 500-horsepower and an 8-speed dual clutch transmission, the ‘Vette crushes the 0-100 km/h sprint in only 3 seconds.

As Chevy’s new entry-level SUV, the Trailblazer has huge expectations riding on its shoulders. Revealed for the first time at last fall’s Los Angeles Auto Show, the new compact SUV will offer efficient turbocharged power and available AWD. Pricing is set to be very reasonable and it will be available in three trims including a sporty and attitude-packed RS.

Ford’s intent on electrifying its entire line-up before long starts with a number of plug-in hybrids. The next one in line promises to be quite popular as the Ford Escape is a perennial best-seller in the compact SUV segment. With a fully charged battery, the Escape PHEV will cover more than 40km under pure electric power.

This is without a doubt the most controversial vehicle of 2020. In the Mustang Mach-E, Ford has introduced its first highly convincing fully-electric SUV. Depending on the configuration, its range will reach over 450 km, hit 100 km/h in a supercar-like 3 seconds all the while producing zero emissions. And about the styling, it’s starting to grow on us. How about you?

This Genesis Concept was without a doubt one of the coolest reveals from the 2019 edition of the New York Auto Show. This two-seater electric city car is meant to combine luxury with a smaller outer footprint. It is designed to cater to city-dwellers who seek fine craftsmanship and luxury amenities in a vehicle that will fit in their tight underground condo-building parking spot.

SUVs have taken over and in order to be competitive, manufacturers must cover all the bases including the subcompact segments. The new Hyundai Venue was conceived to fulfill all urban adventures with loads of safety and infotainment technologies. The standard 1.6-litre is frugal and spritely especially with the optional intelligent variable transmission (IVT). The new Venue should prove to be popular.

The Kia Seltos is certainly not without its own personality. It made its debut in Los Angeles last fall and already interest is very strong in Kia’s subcompact SUV. The availability of AWD and a turbocharged 1.6-litre engine with a 7-speed dual-clutch automatic transmission set it apart fin the increasingly crowded segment. Design-wise, it combines sporty touches with unique accents. 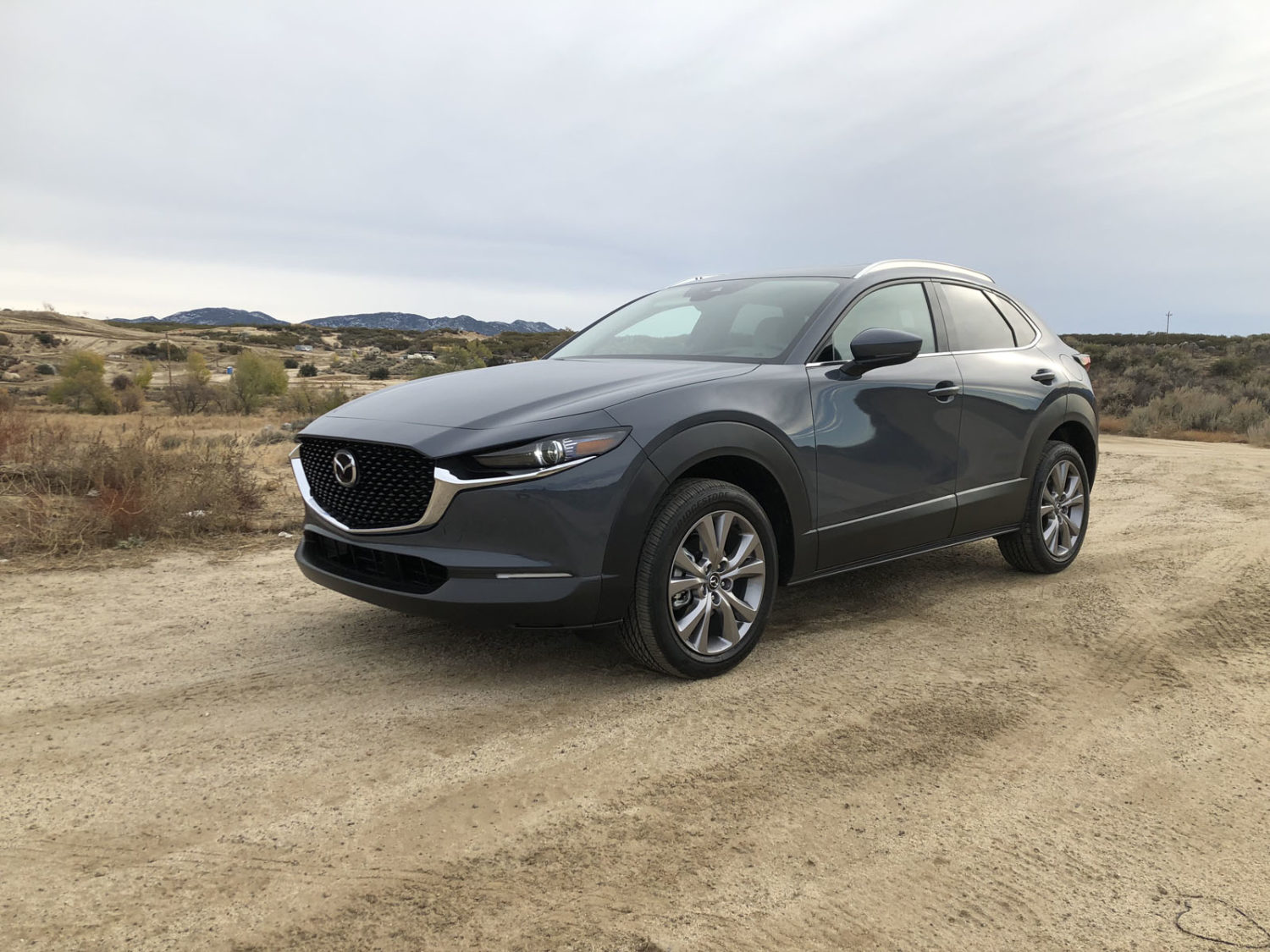 Mazda is serious about its SUV game and launched their latest entry at last fall’s LAAS. The new CX-30 is their latest entry among small SUVs and they intend to scoop up buyers who favour styling, handling and all things premium. With an available 186-horsepower 4-cylinder engine and Mazda’s i-Activ AWD, performance is also on the docket.

Beauty is not only in the eye of the beholder. McLaren’s new grand touring sports car is strikingly beautiful and like any good GT, it is the pinnacle of luxury and comfort for the long road ahead. The twin-turbocharged 4.0-litre V8 produces 612-horsepower and 465 lb.-ft. of torque. The McLaren GT will reach 100 km/h in only 3.2 seconds on the way to a 326 km/h (203 mph) top speed – road trips will go by in a flash.

Mitsubishi has selected Montreal to introduce the revised 2021 Mirage subcompact hatchback. Not only does it now sport the brand’s latest dynamic shield styling, but it remains one of the most fuel efficient petrol-powered cars in the country. The interior also gets upgrades in the form of a 7-inch screen and much more.

The compact car segment might be shrinking but competition has never been fiercer. To compete, Nissan’s upped the attitude ante with the new Sentra. It is now lower, wider with the bold V-Motion grille. The more powerful 149-horsepower 4-cylinder is as energetic as it is frugal. The new 2020 Nissan Sentra arrives in dealerships next month.

This car marks the definitive moment when performance became synonymous the electric vehicle. The new Porsche Taycan is every bit a Porsche, from design, feel and obviously, speed. Available in all typical Porsche trims, all are stunning, equipped with the absolute latest in infotainment technology, the Taycan is just as desirable as any 718 or 911. And in many cases, faster.

Combining Subaru’s legendary symmetrical AWD system, robust efficiency and plug-in hybrid technology may very well be a match made in Heaven. With enough battery power to cover 25 km, the Crosstrek becomes an ideal urban vehicle that, when leaving town, the Boxer engine will deliver efficient petrol-powered range to get you to your next destination.

The all-new Volkswagen Atlas Cross Sport enters the 5-seater midsize SUV with the mission to provide buyers with capability, styling, and performance. It was revealed at VW’s Chattanooga factory last year and we expect good things. For the first time, an Atlas will be offered with 4MOTION AWD as standard and will be mated to either a turbocharged 2.0-litre 4-cylinder or a 3.6-litre V6 engine.