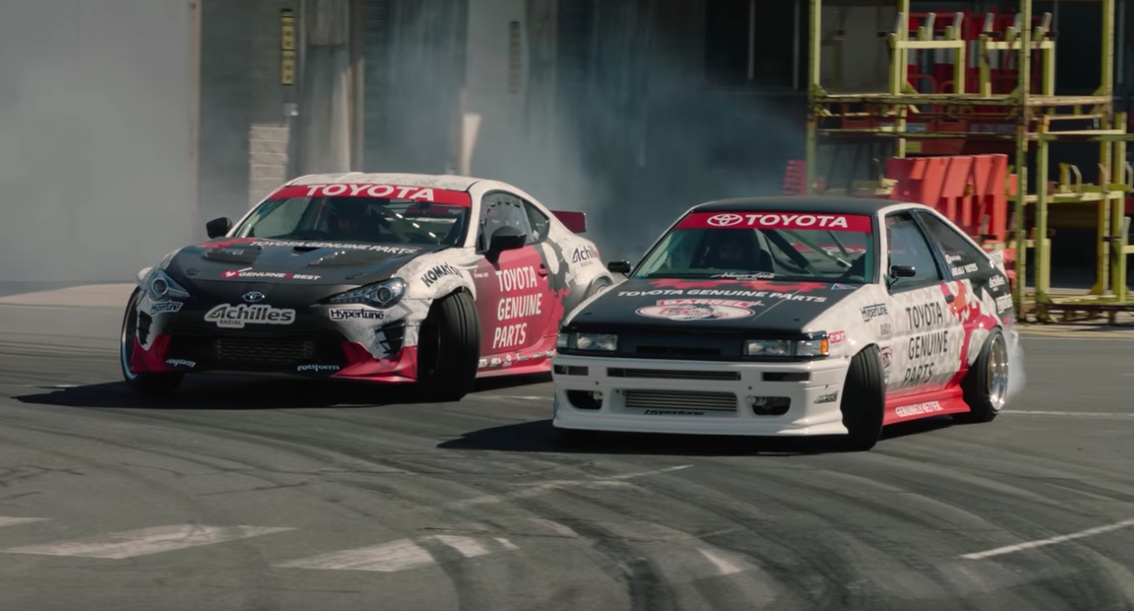 Late last year, Toyota Australia shut down its Melbourne factory. It was here that they once built and assembled the Camry, most of them destined for export to the Middle-East. This was a historical place actually as the plant was the first in the world to build Toyota cars outside of Japan.

While this was sad news, Toyota Australia did what countless carnuts would do if they had access to a huge property and buildings: major shenanigans!

Toyota called upon its Genuine Parts Drift Ambassador, Beau Yates, to put his gorgeous classic highly-desirable AE86 up against his current GT86 in a little drift competition that takes the cars through the buildings and the grounds.

While the action may not be as exciting or over the top as a Ken Block Gymkhana, the 4-minute video is worth the watch. While we understand that the GT86’s is supposed to be the star, we would have liked a little more AE86 action…

It features two new hybrid powertrains. The CX-90 is not only the most powerful Mazda ever but the most luxurious. Mazda Canada has just...
Read more
Previous articleThe King on four wheels?
Next articleFord’s SYNC 3 and Waze app make friends

Rivian has created a new system called Tank Steer which apparently gives its R1T electric truck the ability to turn on a dime. The Tank...
Read more
News

Some Very Cool Car Videos For the Holidays

Depending on where you are on the planet, you’re already off for the Holidays. As much of the world slows down during this period...
Read more
Videos

So, what can I tell you about the 2018 McLaren 720S Launch Edition that you already don’t know? What about that the Canadian base price...
Read more
News

Subaru has always made safety one of its main brand pillars. Looking at the manufacturer’s track record from the Insurance Institute for Highway Safety...
Read more