VinFast is ready for North American with its new electric vehicles

The US and Canadian auto markets will soon welcome a new pure electric division and this one is not coming from the United States, Europe or even Japan or South Korea. No, manufacturer VinFast rather comes from Vietnam, a country known above all for its abundance of motorcycles.

VinFast is part of Vingroup, one of the most important companies in Vietnam. Specializing in various fields, including technology and real estate, the company has abundant resources to finance its new automotive project.

VinFast was established in 2017 and has a state-of-the-art factory with an automation rate of 90% in Hai Phong, about 120 kilometers east of Hanoi. This is where the new VF e35 and VF e36 will be produced, two sport utility vehicles that will go on sale in the first half of 2022 with the first deliveries expected at the end of the year.

We spoke with Andy Huỳnh, VinFast Canada’s CEO after the unveiling of the new VF e35 and VF e36 at the Los Angeles Auto Show to learn more about the brand, its products and its launch strategy.

The brand will sell its vehicles directly to consumers, like Tesla, Polestar and Genesis, through a network of stores. VinFast is currently in discussions to finalize the location of its outlets and although nothing is official yet, Mr. Huỳnh confirmed that hubs in major cities in British Columbia, Ontario, and Quebec are planned.

VinFast plans to have around 60 stores in the US, and 12 in Canada.

Asked about the direct competitors of VinFast electric vehicles, Andy Huỳnh mentions Lexus first and then Genesis. The brand describes itself as “mid-level” luxury and wants to replicate the level of quality of finish and service found in the brands named above. Ultimately, the brand hopes to offer an electric alternative to current buyers of Lexus, Audi and Genesis.

To stand out, the brand promises to offer an exceptional level of finish and quality.

“Vietnam is known as the tailor to the world, and we bring that same quality and attention to detail in our vehicles with hand-stitched leather finished in intricate patterns that will really impress consumers”, says Andy Huỳnh.

VinFast models will have very little real competition in the electrified vehicle segment. The VF e36, for example, will be the most spacious, all-electric three-row mid-size SUV on the market and significantly larger than a Tesla Model X or Audi e-tron. The VF e35, also with three rows, will be tasked with tackling the aforementioned models, but at a more affordable price.

“We want to offer consumers something that isn’t available right now. We provide a solution for buyers who want a sport utility vehicle that is both versatile and spacious in addition to being electric,” said Huỳnh.

Vincorp has already invested more than $ 3.5 billion in VinFast, an amount the automaker has used to develop its own systems and technologies present in its vehicles. In other words, you won’t see a Mercedes turn signal stalk in an VF e36, and you may find some exclusive technologies as well.

VinFast is namely working with StoreDot of Israel, which is developing batteries that can be recharged to 80% in just 5 minutes. So far, the brand has not given much information on the specifications of its new VF e35 and VF e36, but there is already talk of a recharge capacity of up to 70% in less than 15 minutes.

Andy Huỳnh also says that VinFast vehicles will be protected by a 10-year warranty on all components, to inspire the confidence of first-time buyers.

VinFast remains a young company with little experience, but it is also very well-funded and promises a range of different products with all it takes to stand out. It will be very interesting to follow the development of the brand in North America in 2022. 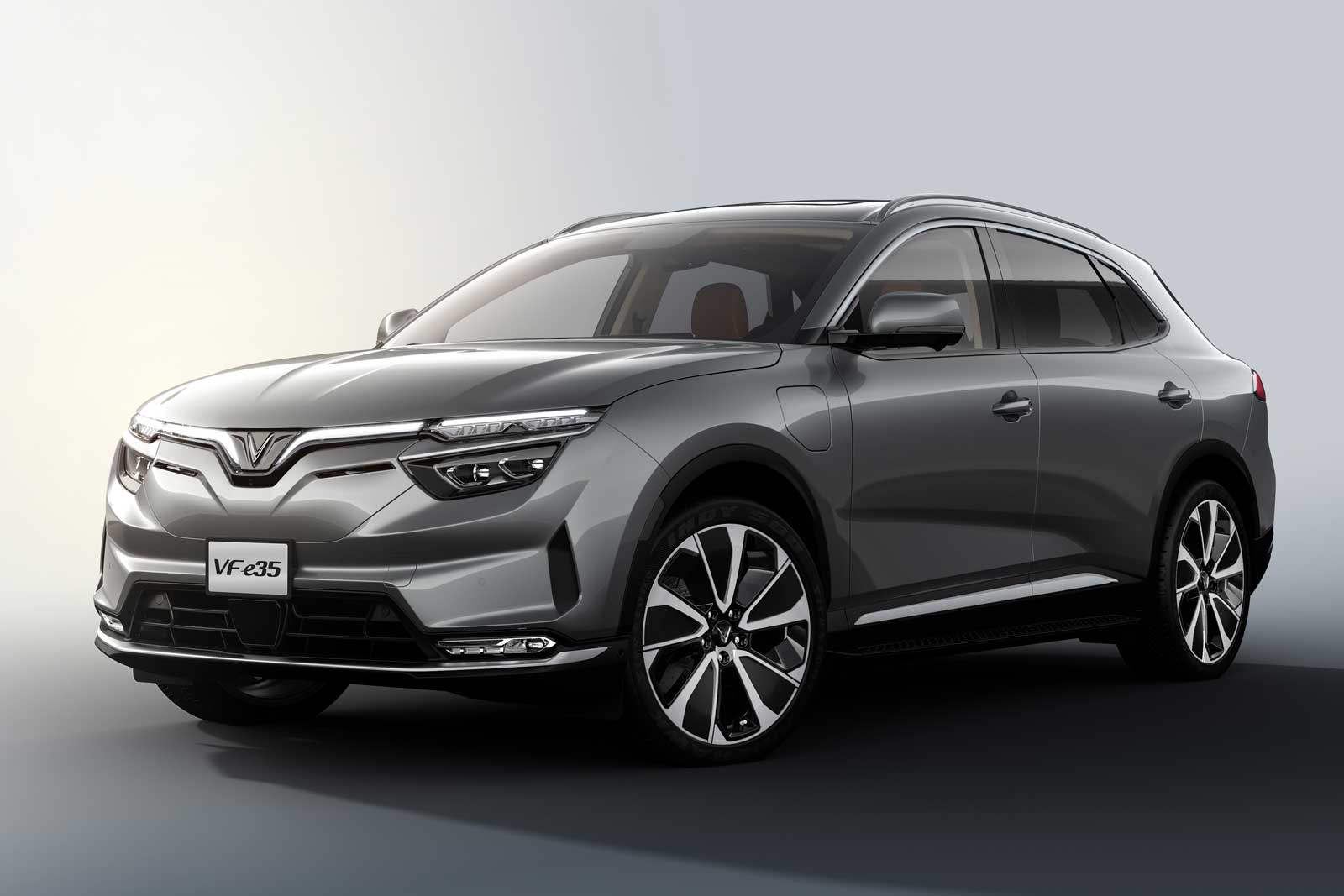 The smaller of the two VinFast SUVs features an interesting, albeit fairly conventional design in the world of popular crossovers. The front portion is distinguished, however, by this lighting which forms a “V” in the center with a second lower band formed by what appear to be air inlets and the LED headlights. At the rear, we find the same “V” in the middle with lights united in the center.

It is powered by an 86-kWh battery which could offer up to 460 kilometers (286 miles) of range according to initial reports. 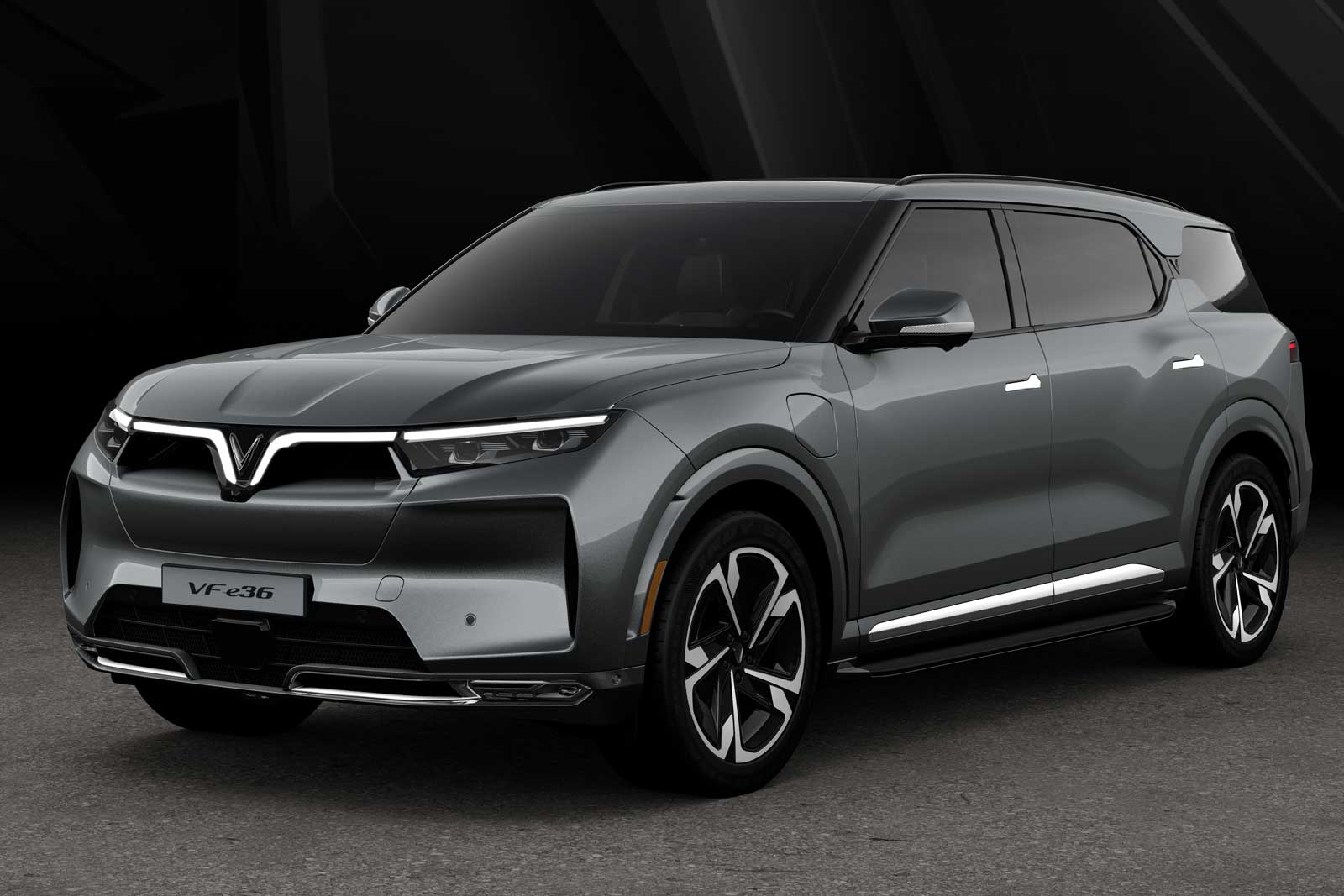 The other VinFast model, the VF e36 is bigger and has a more rugged SUV vibe with its build and that C-pillar that gives the impression of a floating roof towards the rear. The “V” signature is of course repeated on the VF e36, with a little more restraint.

Official specs will be announced later.

The new Lyriq Tech trim level will be responsible for this $4,400 discount over the 2023 base price. This version will forgo some...
Read more
Previous articleYou can Enhance Your Polestar 2 Long Range Dual Motor With the Performance Software Upgrade
Next articleElectrified Genesis GV70 Unveiled in Guangzhou