Volkswagen Canada Cuts The Spektrum Colour Program From The Golf R And Tells No One.

The result is slightly skewed as Viper Green is tied in first place with Dark Violet Pearl. In fact, the latter outsold the Green by one unit and the opposite is true for the e-Golf. Ginster Yellow, another popular shade in the US, comes in third in Canada if mostly because it was the #1 colour for the e-Golf. Strangely, Nogaro Blue Pearl did well in the US, but found no takers in Canada.

Of the 40 shades, eight were selected only once in the country including Traffic Purple, Bordeaux Red Pearl, and Reseda Green. Mark our words, these Golf Rs may command a slight premium over other MK7 Golf Rs in the future, much like they did when ordered new. On that subject, the cost for the Volkswagen Spektrum Program was $2,5000 in the US, $2,995 in Canada.

The extra process to paint these cars, as described by carscoops, involved taking the cars from the main factory floor in Wolfsburg and taking them to the specialized building where they were hand-painted.

Volkswagen’s press release explains the origins of some of the colours:

“Several of the colors were homages to significant Volkswagen vehicles through history. Among them, Mars Red pays tribute to the first hot hatch offered by the brand—the Mk1 Golf GTI—while the popular Ginster Yellow recalls the Mk3 Driver’s Edition GTI from 1997. Also returning from a run on that same car is Jazz Blue Pearl, which also appeared on the Mk4 20th Anniversary GTI. Those very much in the know will also remember Ginster Yellow as one of the four colors on the uniquely-painted Harlequin Golf Mk3.”

As for Viper Green, it debuted in 2008 on the Volkswagen Scirocco, one of the many forbidden VW fruits. Thankfully, the MK8 Golf R will return in the near future. 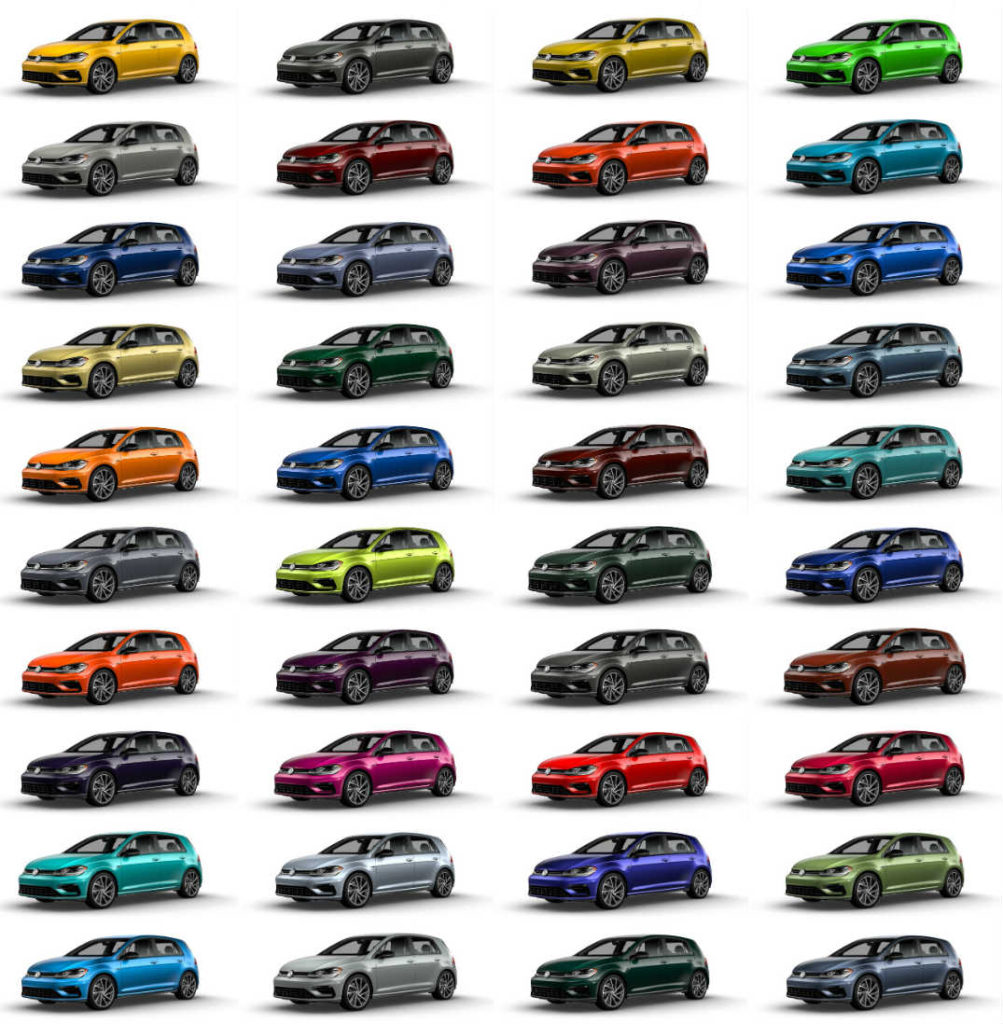 The PEAR will be a smaller electric SUV that should start under $30,000 in the US. Despite the test car’s camouflage, its silhouette...
Read more
Previous articleLucid Air EV Earns EPA Estimated Range of 517 Miles
Next articleBMW M3 Wagon Coming: Report