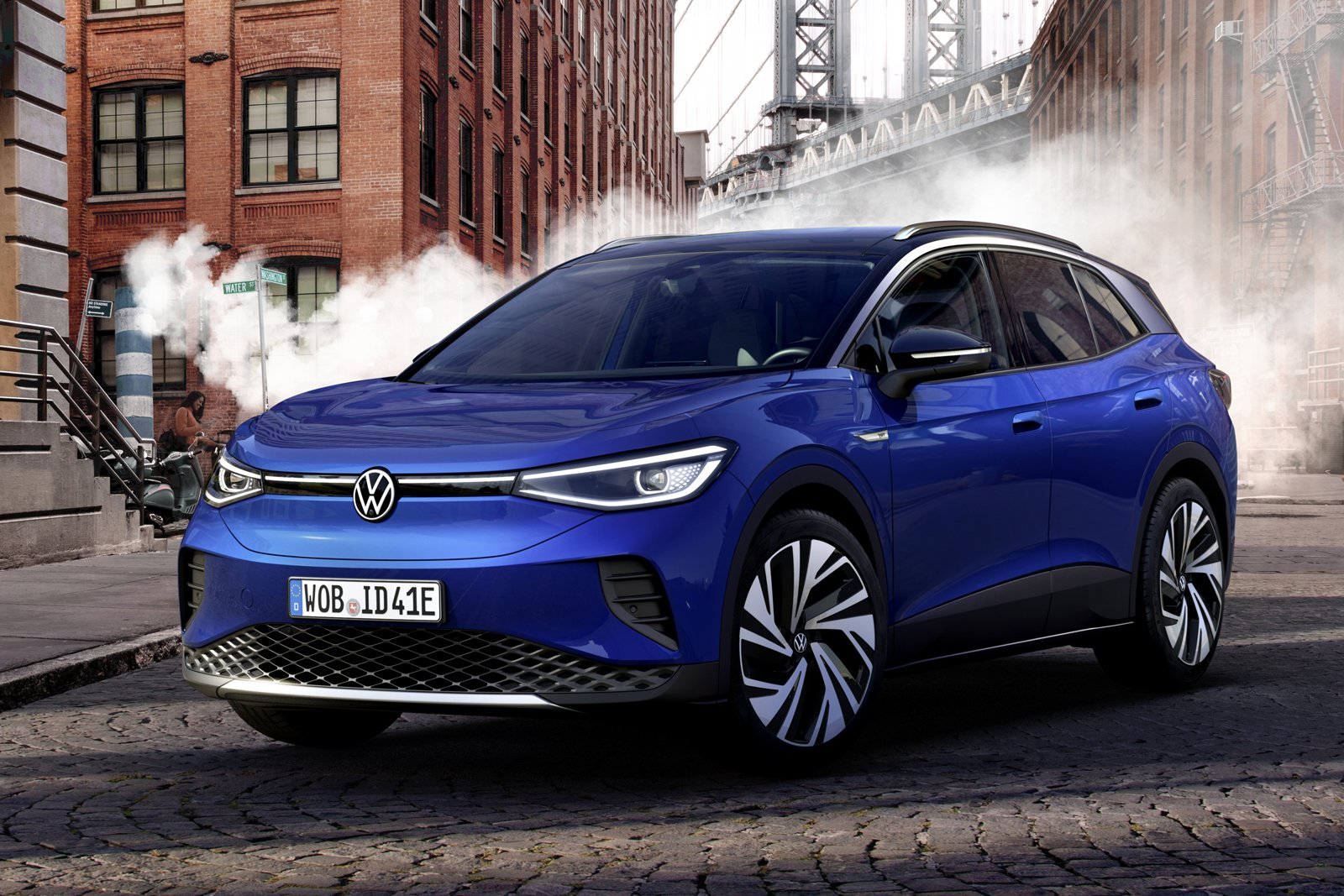 IDs and MIB3s on the way for the new year.

The road to electrification has been a long and winding one for Volkswagen, but it’s finally deploying an onslaught of fully electric cars and crossovers across the globe.

Meanwhile, its lineup of well-known passenger cars is rapidly shrinking, at least in North America. However, its consumer demand that’s pushing them off the stage in favour of more and more utility vehicles, and VW is about to release an all-new one on our market. Here’s what to expect from the Volkswagen brand in 2021.

First of all, we’re not getting the much-anticipated, or much promoted, Volkswagen ID.3 hatchback, but the 2021 Volkswagen ID.4 crossover is coming. The first variants to hit the U.S. market are the ID.4 1st Edition and the ID.4 Pro, equipped with an 82-kWh battery pack, received a 250-mile driving range estimate from the EPA. For now, only rear-drive units will be available now with a 201-horsepower electric motor, but over the course of 2021, an AWD version will arrive with a 302-horsepower, two-motor setup.

There are more EVs to come, such as the ID. BUZZ microvan that should go on sale sometime in 2022, with the production version revealed in the coming year. Ditto for the ID. SPACE VIZZION crossover, although its arrival on the market has been delayed until 2023. The beachy ID. BUGGY won’t make it to production.

On the internal-combustion engine side of things, the 2022 Volkswagen Taos is the brand’s new—actually, first—subcompact crossover entry in the U.S. and Canada. It features a turbocharged 1.5L inline-four with 158 horsepower and 184 pound-feet of torque, matched to a front-wheel drivetrain and eight-speed automatic combo, or AWD and a dual-clutch seven-speed DSG automatic. The Taos will arrive in the summer of 2021.

The Volkswagen Golf may soon be history in the United States and Canada, but the next generation of the performance-infused Golf GTI and Golf R variants will still hit our markets for the 2022 model year. The 2021 Golf is unchanged, offered in one trim level in the States and two in Canada. The 228-horsepower 2021 GTI will be the last for the seventh-generation (or Mk 7) car, which gets minor changes like gloss black mirror caps and rear spoiler in addition to the brand’s latest MIB3 infotainment system. The 2022 Mk 8 Golf R will boast 315 horsepower and 310 pound-feet of torque from its turbocharged 2.0L four, along with torque-vectoring AWD, and will go on sale in late 2021.

After the regular Golf departs, the Volkswagen Jetta will expand its role as the entry-level model in the brand’s lineup in our markets. The Jetta is once again equipped with a turbocharged 1.4L four that develops 147 horsepower and 184 pound-feet of torque, matched to either a six-speed manual transmission or an eight-speed automatic. Meanwhile, the Jetta GLI soldiers on with its turbo 2.0L engine and 228 horsepower, managed by a six-speed stick or a seven-speed DSG. The MIB3 infotainment system is now available in the sedan.

The Volkswagen Tiguan continues to do well for the brand as its best-selling model in the United States and Canada. Minor changes are in store for the 2021 model year, including new alloy wheels, more standard features for lower trim levels and the optional MIB3 infotainment system. In Canada, the IQ.Drive trim is replaced by the United Edition. The Tiguan is powered by a turbocharged 2.0L four with 184 horsepower, sent to either a front-wheel or an all-wheel drivetrain. A Tiguan R has appeared in other markets and there is a slight possibility that it will be offered here in conjunction with the 2022 model year refresh of the crossover, which should come to North America in late 2021.

The 2021 Volkswagen Atlas is now on sale, tagged as a 2021.5 model in the U.S. with the addition of the MIB3 infotainment system as well as wireless Apple CarPlay and Android Auto. The midsize three-row crossover just received a mid-cycle refresh with new styling and other enhancements. A 235-horsepower turbo 2.0L four and a 276-horsepower 3.6L V6 are on offer under the hood, and both can now be matched to AWD as desired.

The two-row midsize model is called the Volkswagen Atlas Cross Sport, and it was introduced in early 2020. It receives a couple of new features for the 2021 model year, along with the MIB3 system. Like the regular Atlas, the Cross Sport offers a choice between 2.0L and 3.6L engines, matched to either FWD or AWD.

The Volkswagen Passat, which just received an overhaul with new styling and interior trim, but riding on the same NMS platform that’s exclusive to the North American model, and keeping its 174-hp turbo 2.0L four-cylinder engine. It gets new standard features for 2021, while other items have trickled down to more affordable levels. Rumours are swirling that the Passat will die in 2023 when the assembly plant in Chattanooga, Tennessee will need full capacity to build the two Atlas variants and the ID.4.

Finally, the Volkswagen Arteon premium fastback carries on its mission to offer VW customers a high-end product, or an affordable alternative to luxury-brand sedans. The only powertrain choice is a 268-horsepower, turbo 2.0L four matched to an eight-speed automatic transmission and 4MOTION all-wheel drive. The 2021 Arteon gets styling changes inside and out, a new Harman/Kardon sound system and the new MIB3 infotainment system.

This will be available to every Rivian vehicle ever made. The company has yet to confirm the details of this future update. This...
Read more
Previous articleRivian Lights Up R1T, Powering 20,000 Christmas Lights
Next articleJapan Plans To End New ICE Vehicle Sales By Mid-2030s