ID.4 now built in America, minor changes across the rest of the lineup.

Volkswagen is pursuing its transition to fully electric vehicles with the upcoming introduction of new zero-emission products, while fine-tuning its current lineup of gasoline-powered utility vehicles. Here’s what to expect from the Volkswagen brand in 2023, with models listed in alphabetical order. 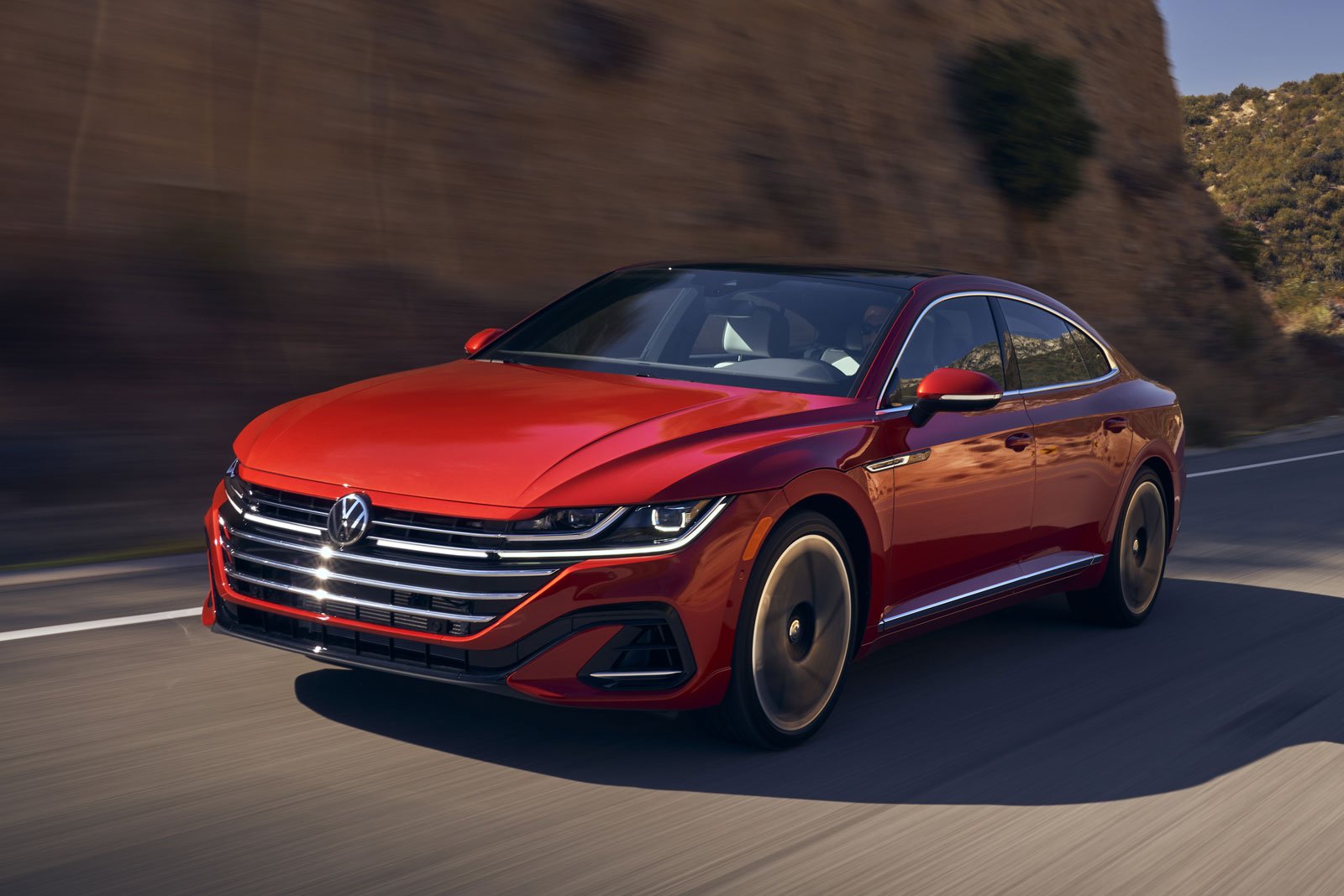 After receiving a more muscular, 300-horsepower engine last year, the U.S.-market-only Volkswagen Arteon premium fastback rolls into the 2023 model year with some changes. The base SE R-Line gets standard LED exterior lighting and adaptive headlights, a power-operating hatchback, a heated steering wheel and the IQ.Drive active safety feature suite. The mid-grade SEL R-Line upgrades from 19- to 20-inch wheels, while the range-topping SEL Premium adds Black Carbon trim and 30-colour ambient lighting. The Arteon is not available in Canada. 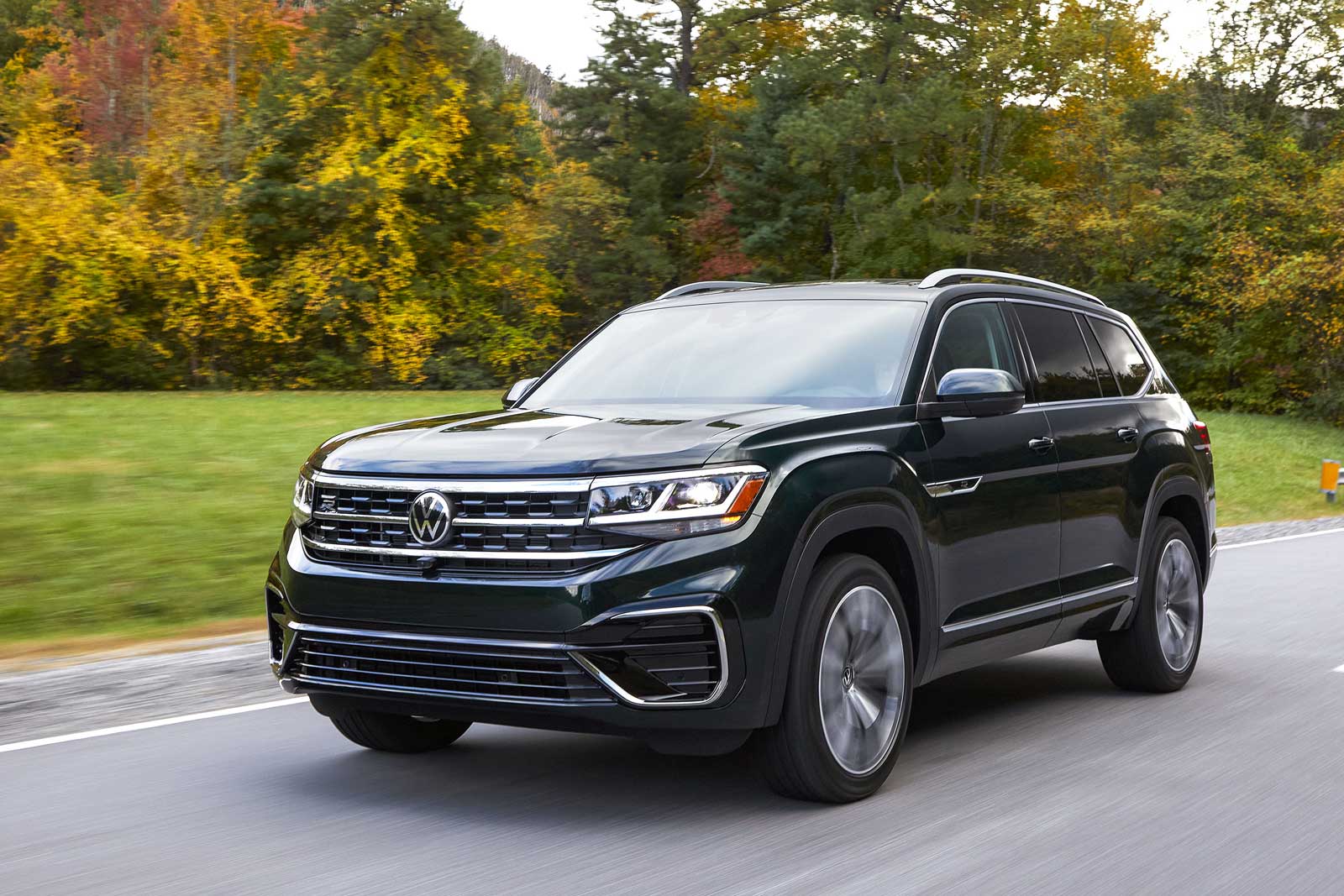 The 2023 Volkswagen Atlas is largely unchanged compared to the 2022 model year. Five trim levels are offered in the U.S., including SE, SE with Technology, SEL, SEL R-Line Black and SEL Premium R-Line. Meanwhile, the Canadian market gets Trendline, Comfortline, Highline and Execline trim levels. The SE with Technology and Comfortline variants receive the 10.25-inch fully digital instrument panel, or what the brand calls Volkswagen Digital Cockpit Pro. The midsize three-row crossover is equipped with either a 235-horsepower turbo 2.0L four or a 276-horsepower 3.6L V6, and both can be matched to AWD as desired in the U.S., while AWD is now standard in Canada. 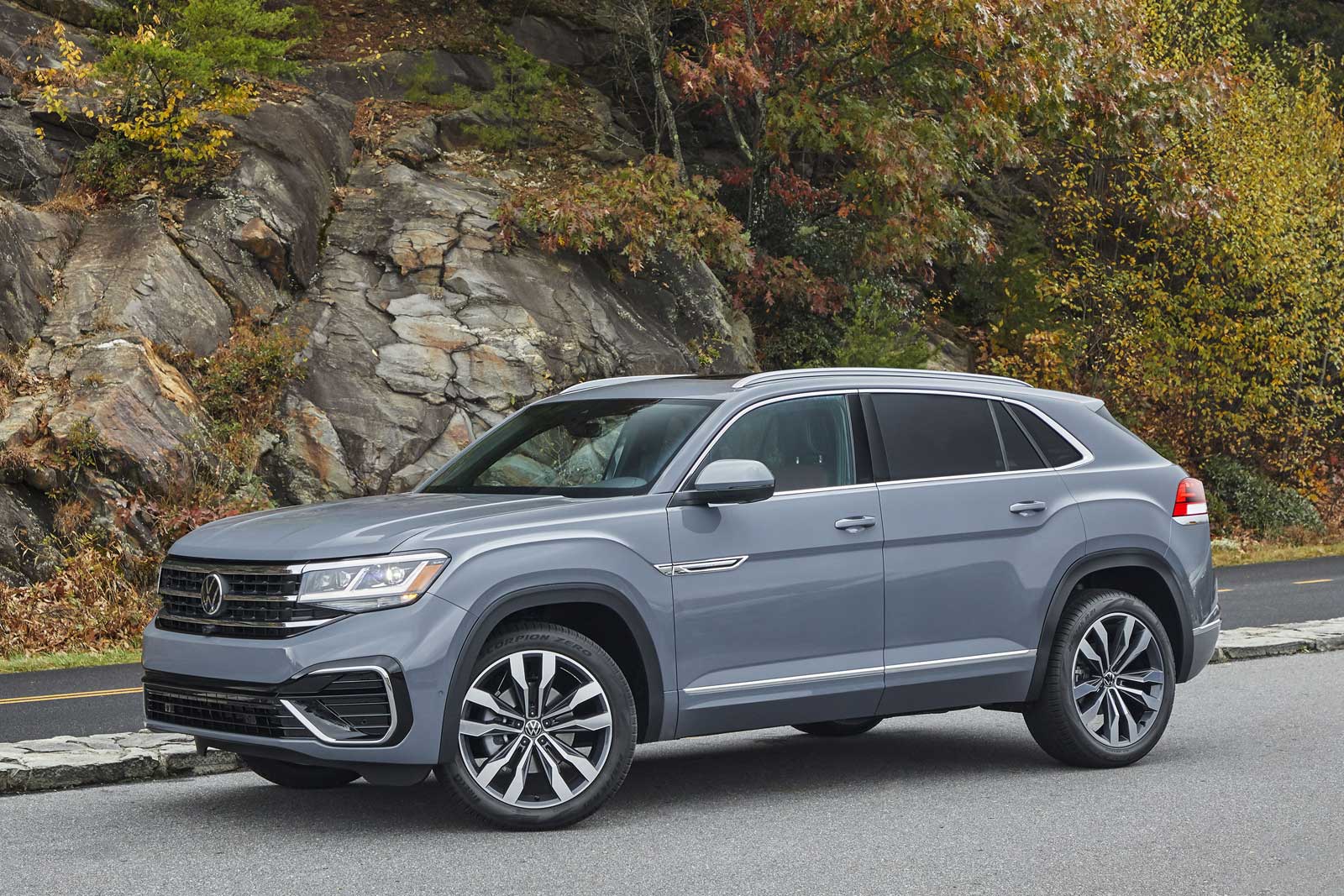 The two-row midsize crossover is called the Volkswagen Atlas Cross Sport, and it was introduced in early 2020. It’s offered with the same grade walk as the three-row Atlas, along with the same sole change for 2023: the SE with Technology trim in the U.S. and the Comfortline in Canada upgrade to a 10.25-inch fully digital driver instrument panel. Like the regular Atlas, the Cross Sport offers a choice between 2.0L and 3.6L engines, matched to either FWD or AWD. 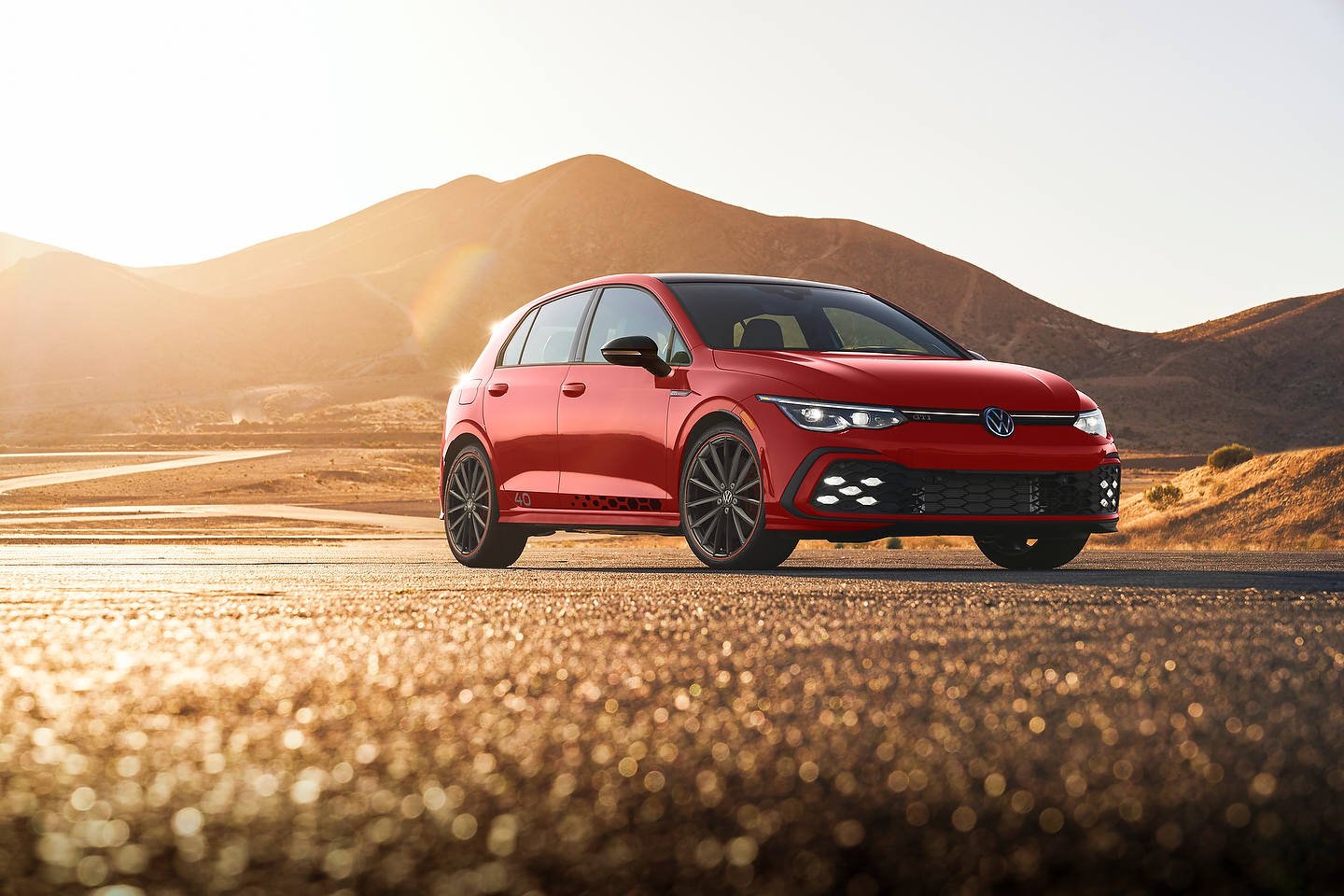 The Volkswagen Golf GTI gets a turbocharged 2.0L inline-four that develops 241 horsepower 273 pound-feet of torque, matched to either a six-speed manual transmission or a seven-speed DSG automatic. It’s available in S, SE and Autobahn trim levels in the U.S., in addition to a new 40th Anniversary Edition for 2023, which rounds up the base trim’s content along with DCC adaptive damping, speed-sensitive steering as well as 19-inch gloss black alloy wheels, mirror caps and roof. In Canada, the GTI is available in base, Autobahn, Performance and 40th Anniversary variants, and all trims across both countries receive standard LED lighting and some minor cosmetic tweaks. Meanwhile, the Volkswagen Golf R ups the ante with a boosted version of VW’s 2.0T, putting 315 horsepower and up to 295 pound-feet of torque to the ground through an all-wheel drivetrain and either a six-speed manual or a seven-speed DSG. In addition to the standalone trim, there’s a new limited-run Golf R 20th Anniversary Edition, boasting a sunroof delete, 19-inch gloss black alloy wheels and carbon fibre interior trim. 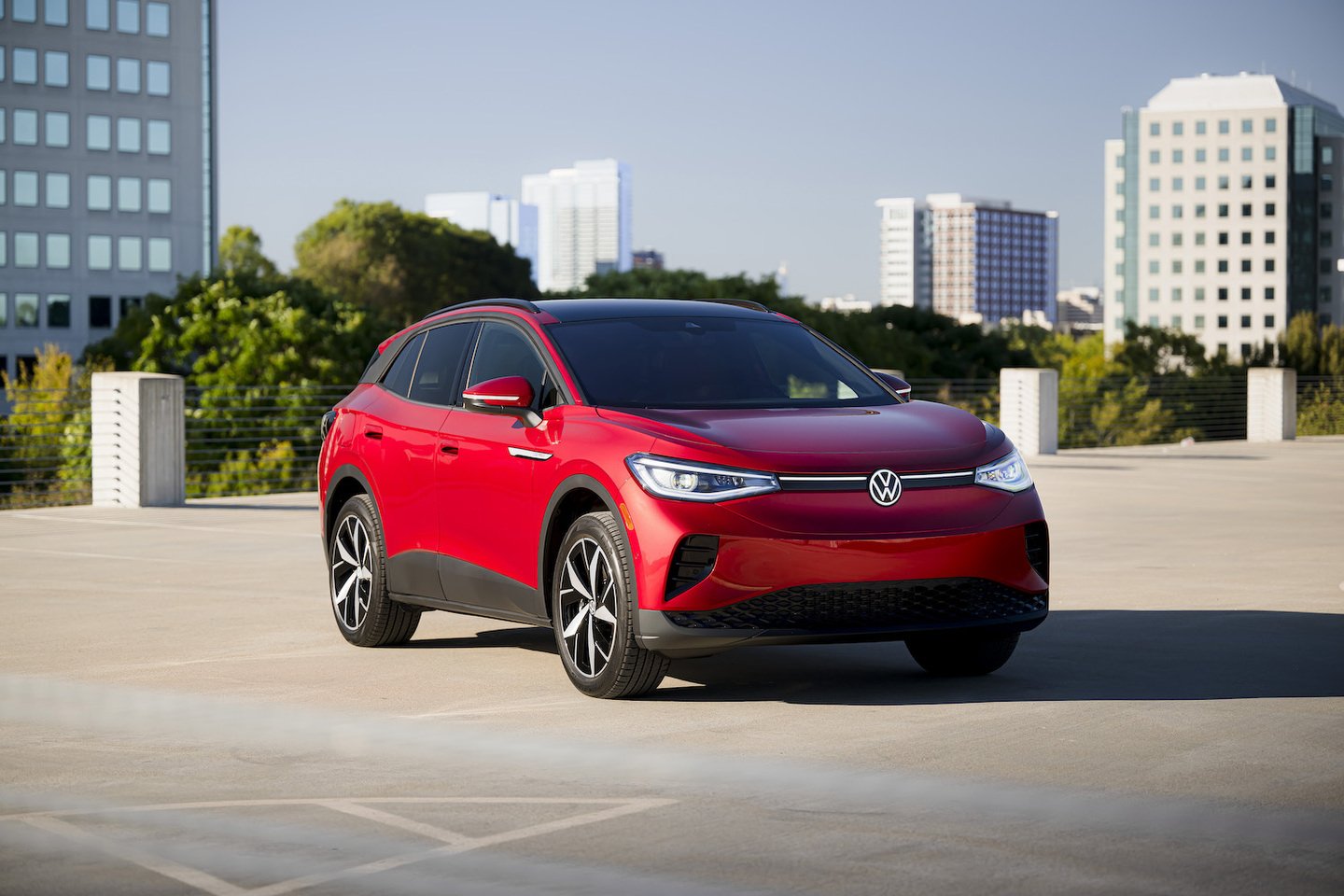 The Volkswagen ID.4 was imported from Germany to North America for the 2021 model year, but now, the fully electric crossover is now built in Tennessee. The U.S. market gets a new base trim level called ID.4 Standard, featuring the smaller 62 kWh battery pack that provides a driving range of 209 miles, while the Pro and Pro AWD get the 82 kWh battery for a range of up to 275 and 255 miles, respectively. There’s also S/Pro S as well as Pro S Plus trim levels with higher content levels, available with 201-horsepower RWD or 295-horsepower AWD setups. In Canada, there are base, Pro and Pro AWD trim levels with equipment packages instead, in order to benefit from the available EV rebates, with driving range varying between 336 and 443 km. The 2023 ID.4 features gloss black exterior trim, new alloy wheel designs, a standard 12-inch infotainment system screen, dashboard stitching and new seat upholstery, while the IQ.Drive suite of active safety features adds Park Assist Plus and lane change assist. 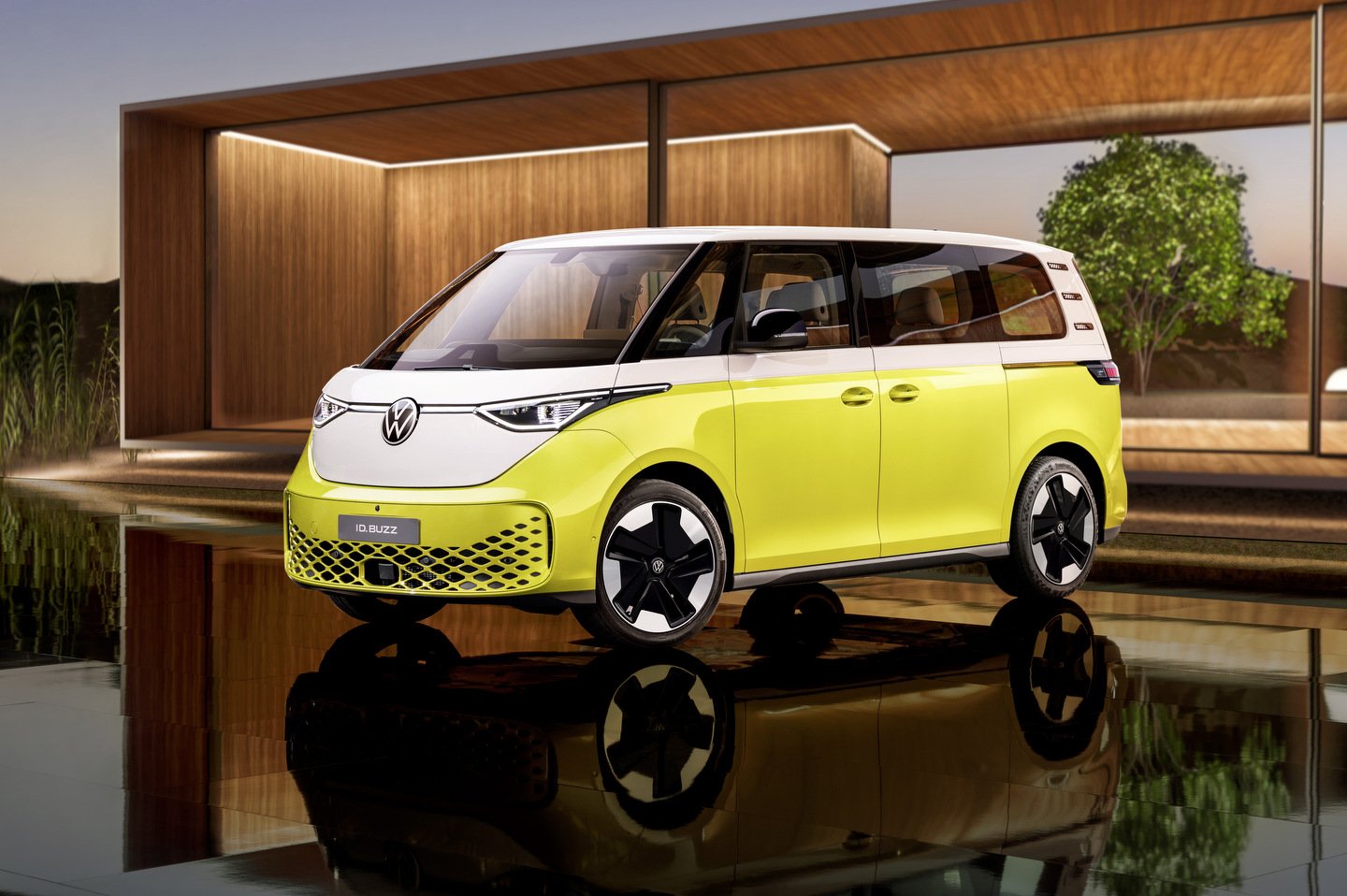 The long-awaited Volkswagen ID. Buzz microvan finally debuted I production form in August 2022. However, the North American will be getting it as a 2024 model-year vehicle.

The Volkswagen Jetta is available in S, Sport, SE, SEL and GLI Autobahn trim levels in the United States, while in Canada, Trendline, Comfortline, Highline and GLI variants are offered. All but the GLI get a turbo 1.5L inline-four engine which develops 158 hp and can be connected to either a six-speed manual transmission or an eight-speed automatic. The Jetta GLI features a turbo 2.0L engine that produces 228 hp and 258 pound-feet, managed by either a six-speed manual or a seven-speed DSG automatic. Only minor changes have been announced for the 2023 model year, such as remote start for the U.S.-market SE trim level and standard blind spot monitoring for the Canadian-market Trendline. 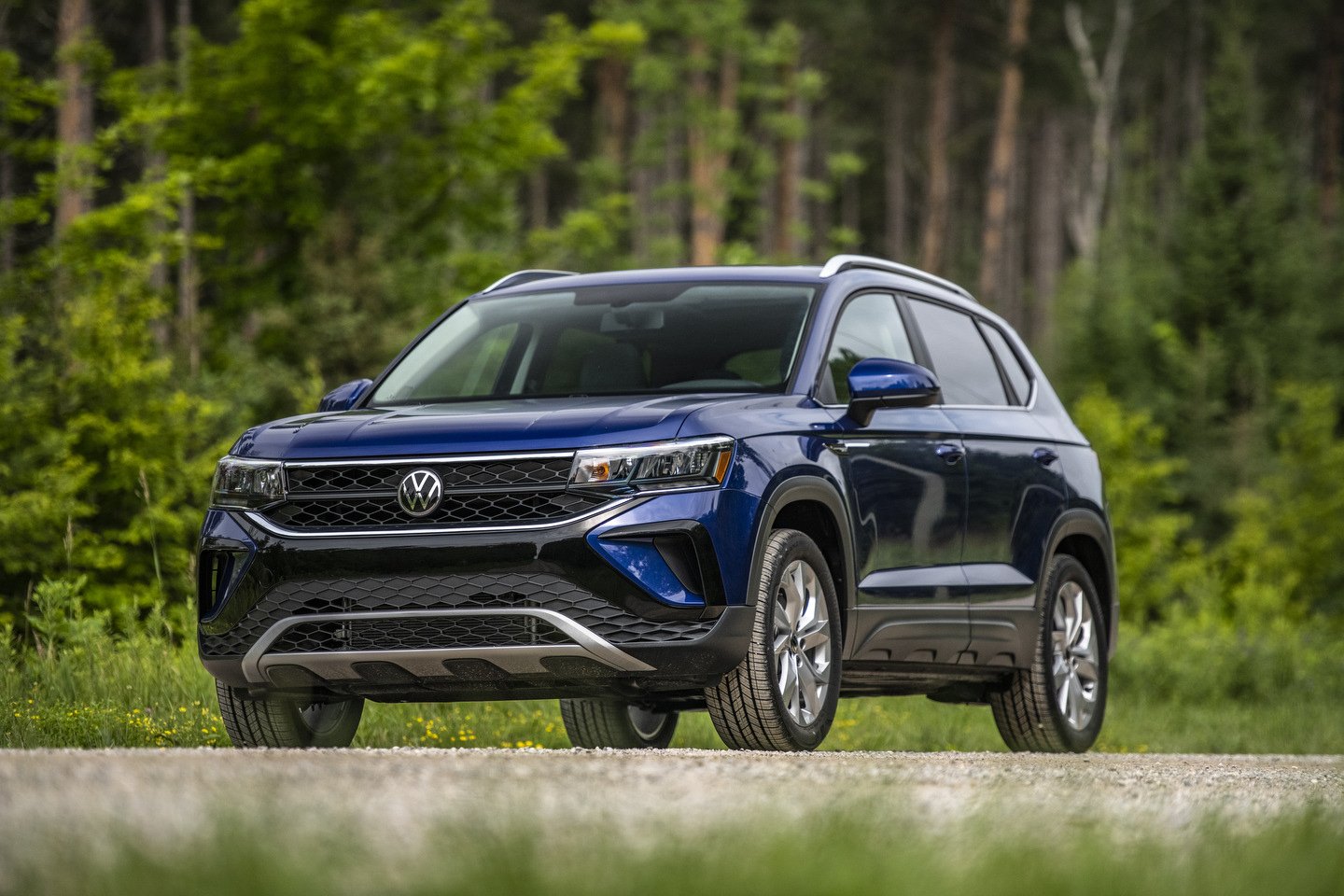 From last month’s category winners, we now have six finalists. The finalists are a mix of EVs and ICEs. Over the course of the...
Read more
Previous article2022 Mercedes-AMG GLB 35 Review: The AMG SUV With Real Personality
Next articleTop 10 Cars We Miss that Disappeared in the Last 15 Years