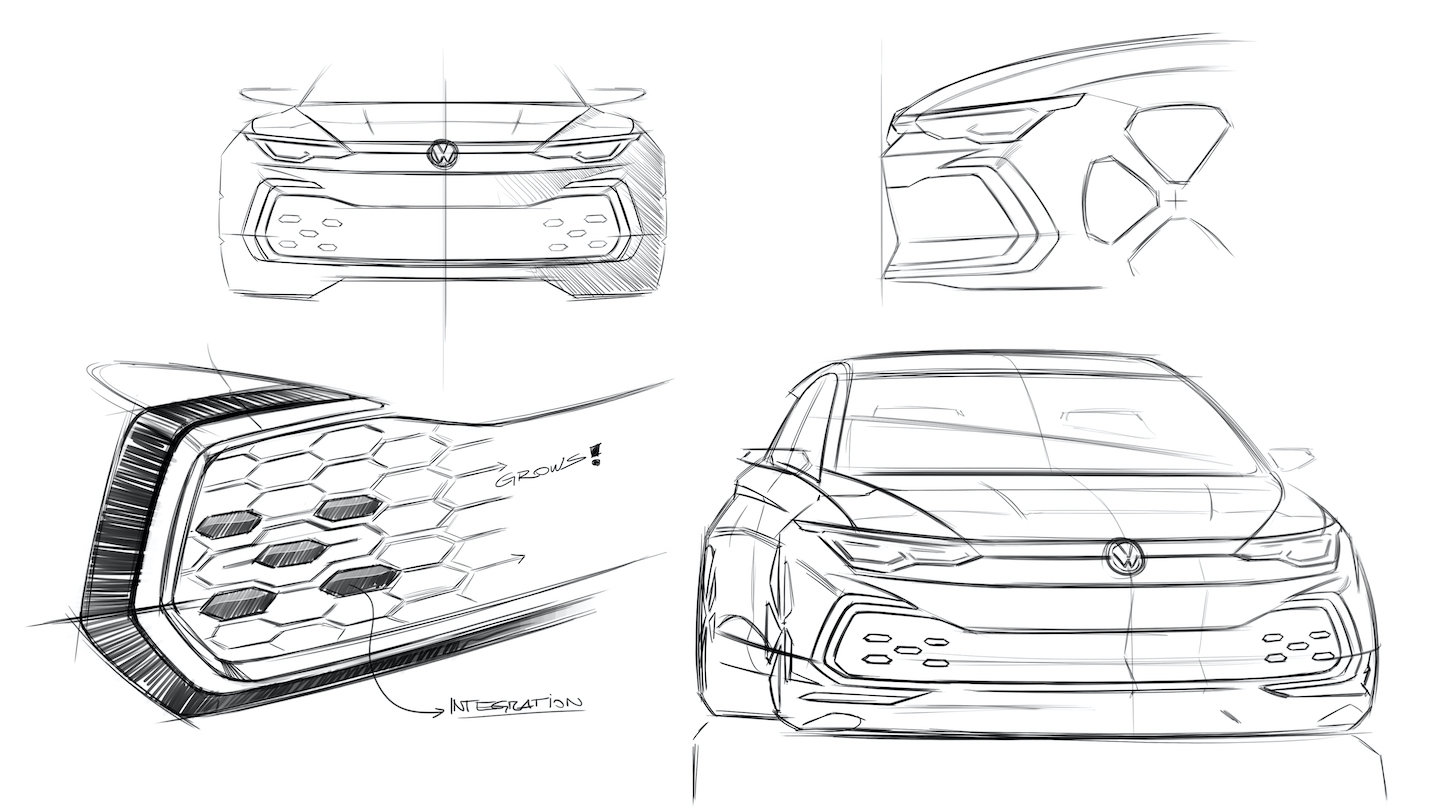 A car’s design is arguably its most important element – it trumps performance, utility, and comfort. Think about it: Would you buy an ugly car even if it was luxurious and fast? There are too many attractive options to settle on a vehicle that does not stir emotions. And getting the design and details right was once an extremely time-consuming process. This is no longer the case at Volkswagen. Klaus Bischoff, Head of Volkswagen Group Design, tells us more during a virtual round table on design.

Designing a car was and still is a lengthy project. The duration of the process has dropped considerably and with the new tools, has enabled designers to push the limits of what’s possible. In the past, the process was more or less, from a series of sketches, one or two were selected, “adjusted” then modeled. This lengthy, cumbersome, and expensive method more than likely forced many design decisions whether or not they please those in charge.

From sketch to a reality sketch 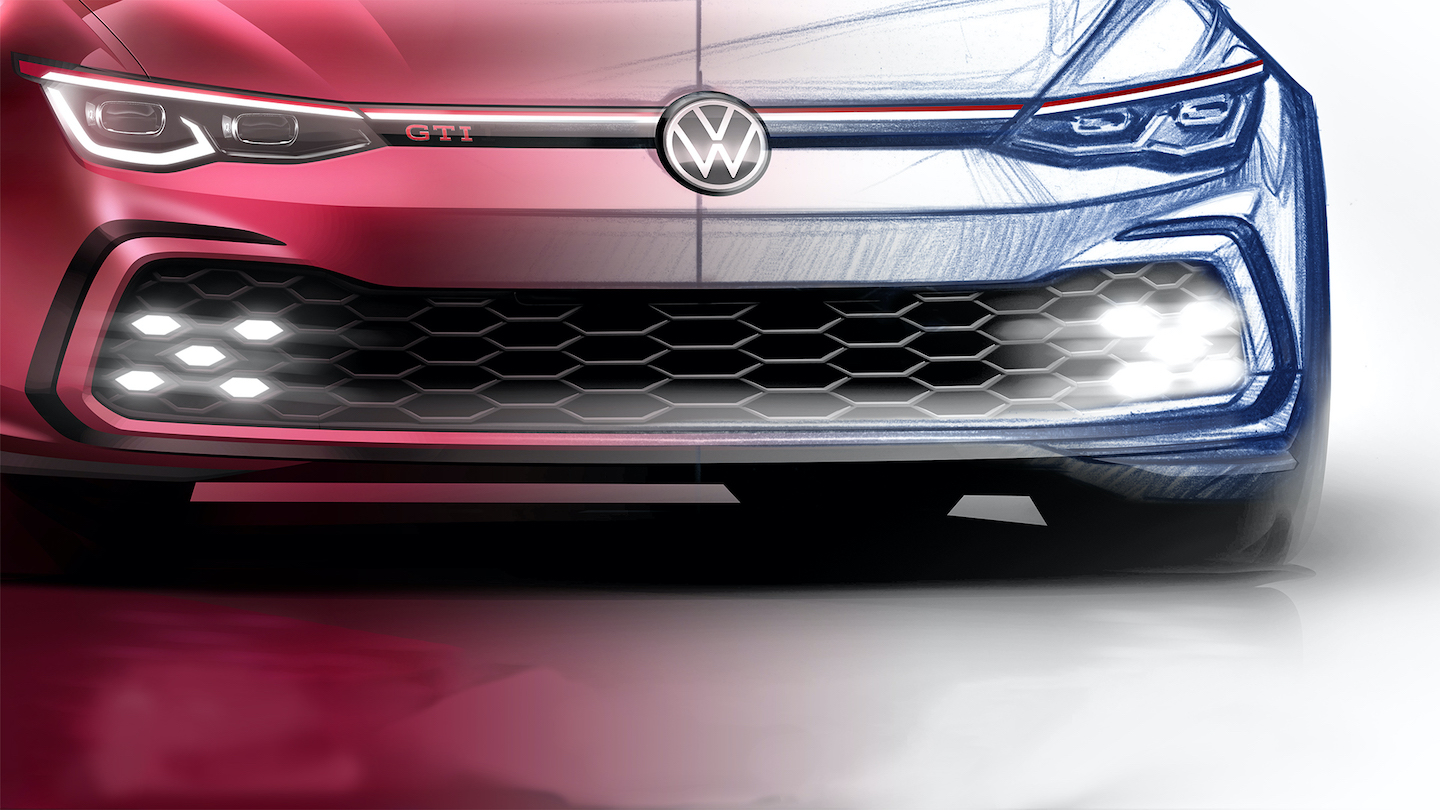 Today, designing a car is a completely different game, it’s far more inclusive and likely fulfilling. Volkswagen harbors 1,600 designers, from more than 30 nationalities, and 10,000 engineers, many of which are involved in the creation process in real-time. Now, not all work on the same car! Volkswagen is a huge company with multiple brands and countless models.

Some 10 years ago, the first digital design tools were introduced in car designing. Five years later, digitization took on a bigger role where, for example, the Golf 6 and 7 were created with “mixed” tools. The latest Golf 8 and the entirety of the upcoming ID. family of EVs was birthed almost exclusively via the digital design tools. 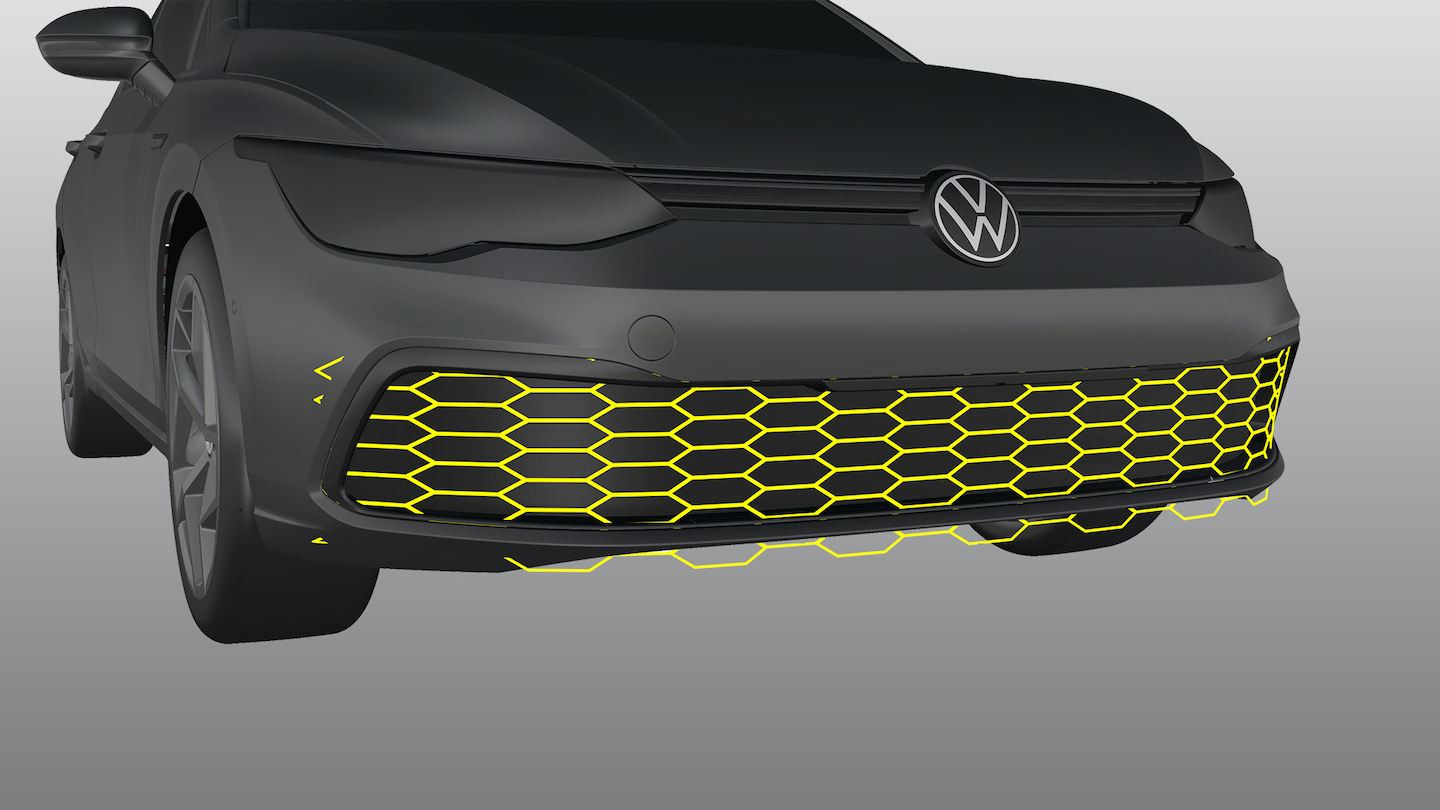 Teams and synergies are created and they have a common goal. For this example, it was designing the all-new MK8 Volkswagen Golf GTI, as exposed in the images. Now, from a series of sketches, drawing evolutions and renderings can be done in a matter of minutes, compared to hours only two generations ago. And these easy-to-do fast changes and adjustments can come from anywhere and in real-time. Design colleagues can see the changes and drawings and make real-time comments for immediate adjustments.

For example, elements such as the front grille once required months. The proportions, size, are complex to get right however with the digital tools, in a matter of seconds, numerous changes and adjustments can be made to get the desired look. Once “approved”,  the tools allow to create a refined image quickly. 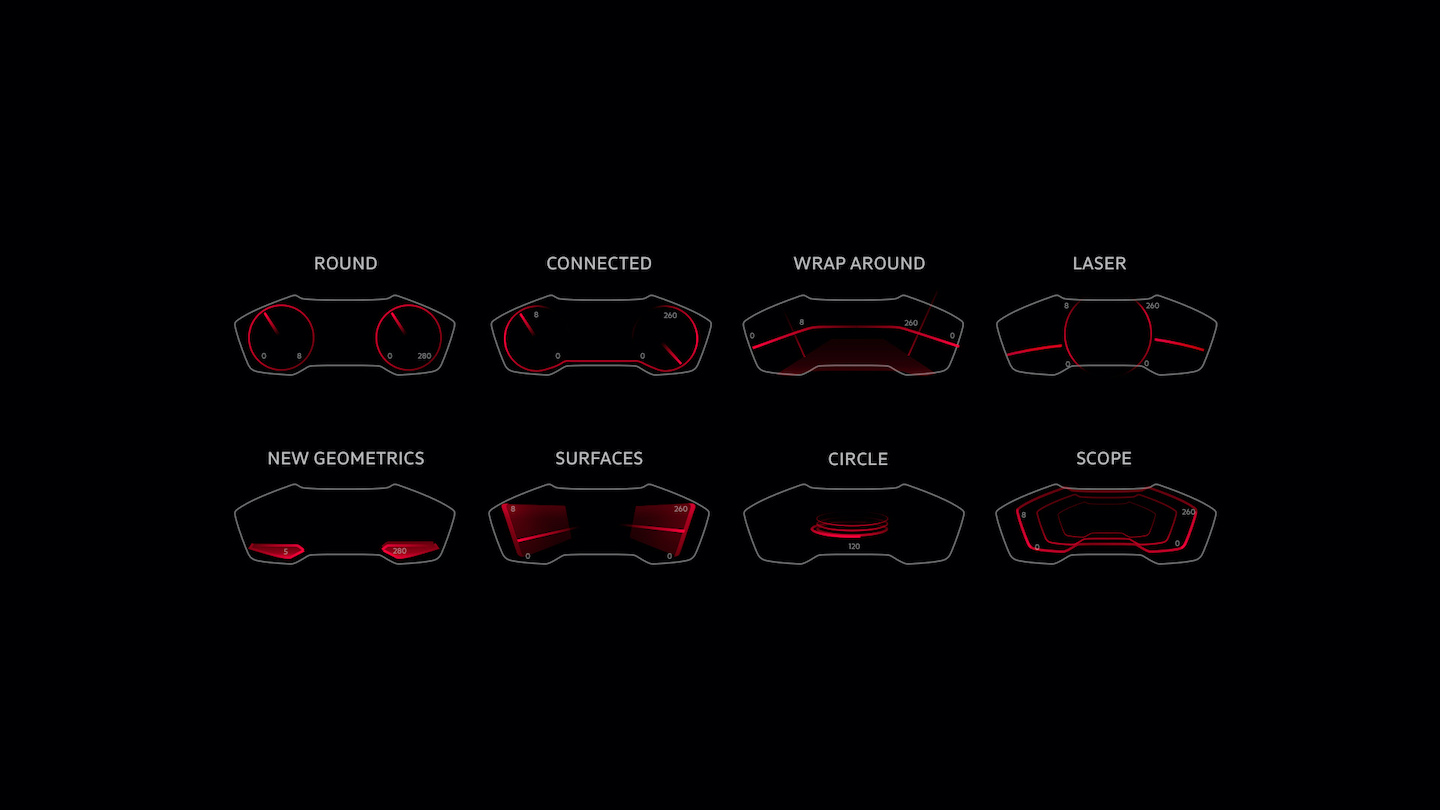 A similar process is applied when developing the interior design, the HMI, and user experience. The digital cluster, for example, is completely imagined virtually and with the right inputs, can be animated to verify how it looks when it’s working. Various ideas and cues, such as the GTI letters, can be overlapped and tested.

Once a final design is agreed upon, a final, uber refined and detailed rendering is prepared. The various images take into consideration light reflection on paint, and many more such specifics.

This work, the detailing, requires far more times, many days, and weeks, but it is necessary for the final presentation of the final design.

From virtual 3D to real 3D 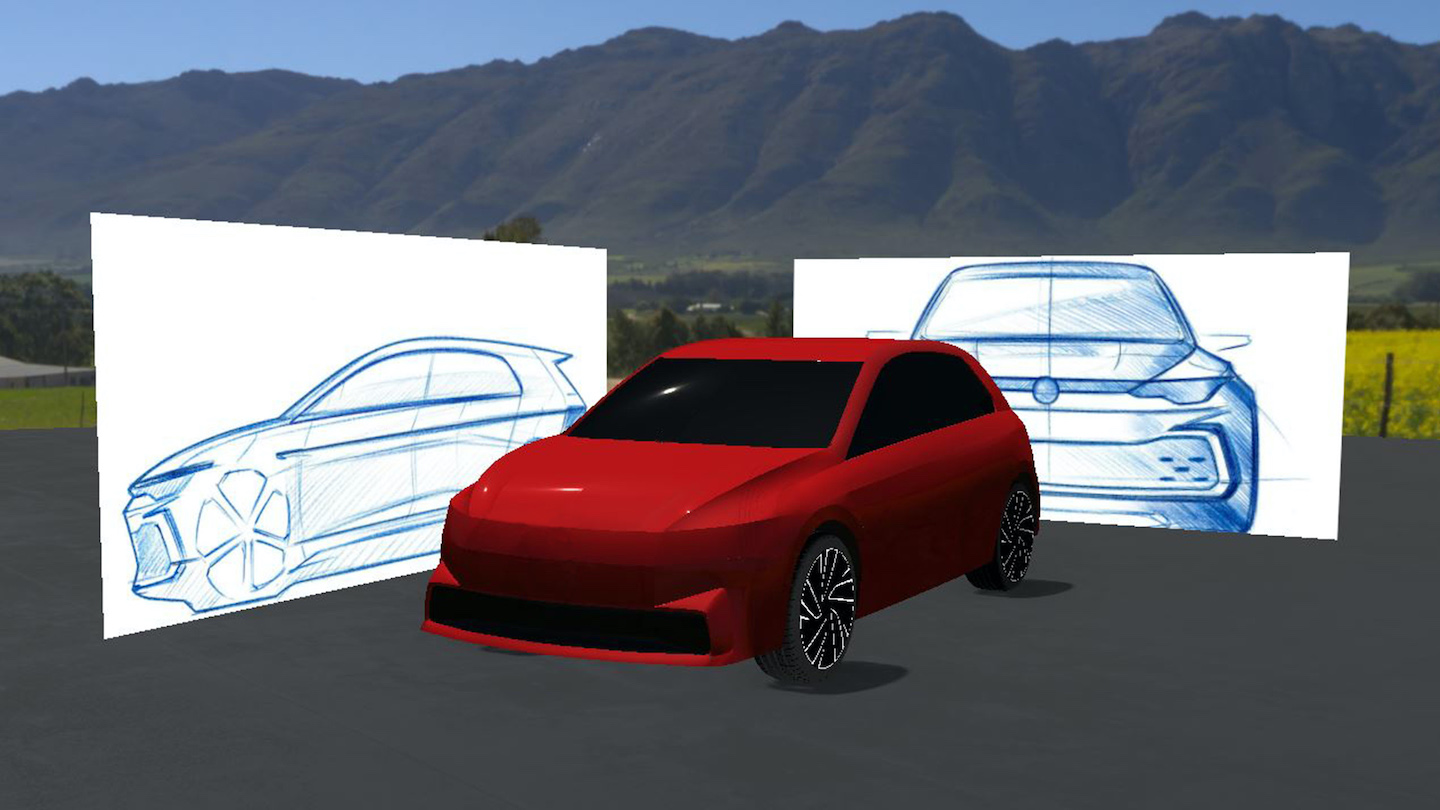 Despite all this digitization, a physical model is still built. Bischoff explains that: “Data is not tangible. A physical representation is still necessary especially when it comes to the interior. This is not likely to change any time soon.”

Once the proportions are set, designed, layered, and textured, the refined rendering is presented to the Board. If you were wondering who gets the final word on what the car will look like, Bischoff said: “Although the Board has the final say on design, it is it’s my team that decides what the Board gets to vote on.”

Once all are in agreeance, it’s on to the next step. A physical model is made or printed, from a mix of materials such as clay or other see-through matters where actual components are made and actually tested/evaluated. And we essentially know the rest of the story. 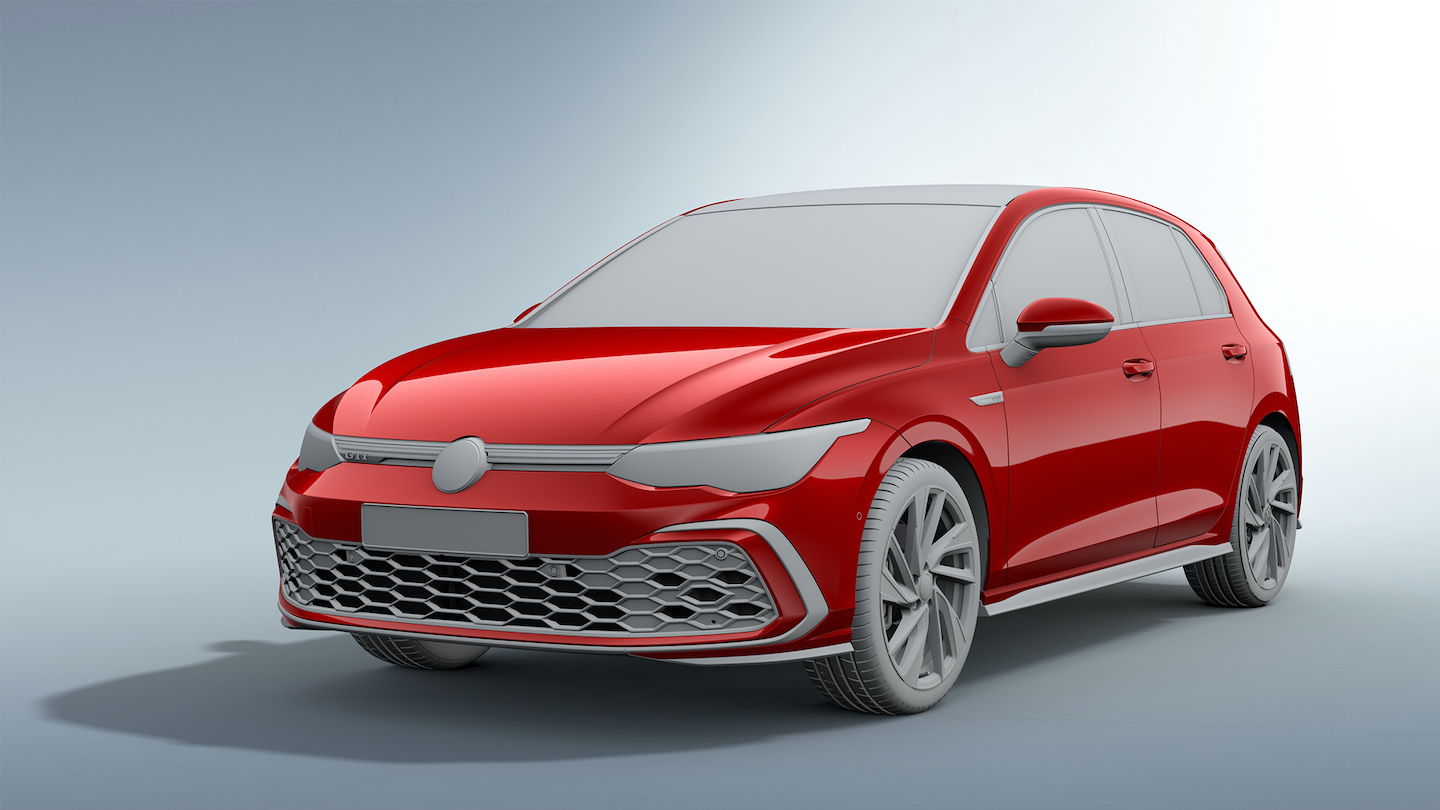 Once the presentation was over, Bischoff answered a battery of questions. And while not all were interesting, here are a few highlights.

-About VW’s Digital Cockpit, when asked if updates to the display will be available for download or OTA, he noted that as cars become more digitized, this will be possible. Our understanding is that it won’t be possible with the new Golf, at least not immediately, but this may be available within the ID. family.

-He confirmed, in the event there were any doubts, that Volkswagen is indeed working on truly affordable EVs. He also said that they are in the process of creating a name for this upcoming family of inexpensive EVs.

Volkswagen Auto Group Is Working On A Budget EV Project

-While on the subject of EVs, he let slip, or perhaps hinted that the next VW Beetle will be electric.

-When asked about why VW decided to launch an entirely new line of EVs instead of taking existing models and replacing the powertrains, he replied: “The advent of the electrification of the automobile has given VW the opportunity to create a new image, a new language all the while keeping with the VW heritage.” It is true that the ID.3 is instantly recognizable as a Volkswagen product. Not exactly so with the ID.4 but it is true of the others including the ID.7.

-To this last point, he specified that his biggest challenge was creating and recreating the brand through the ID. family. He has also designed the Golf 6, 7, and 8, which he feels was an honour. 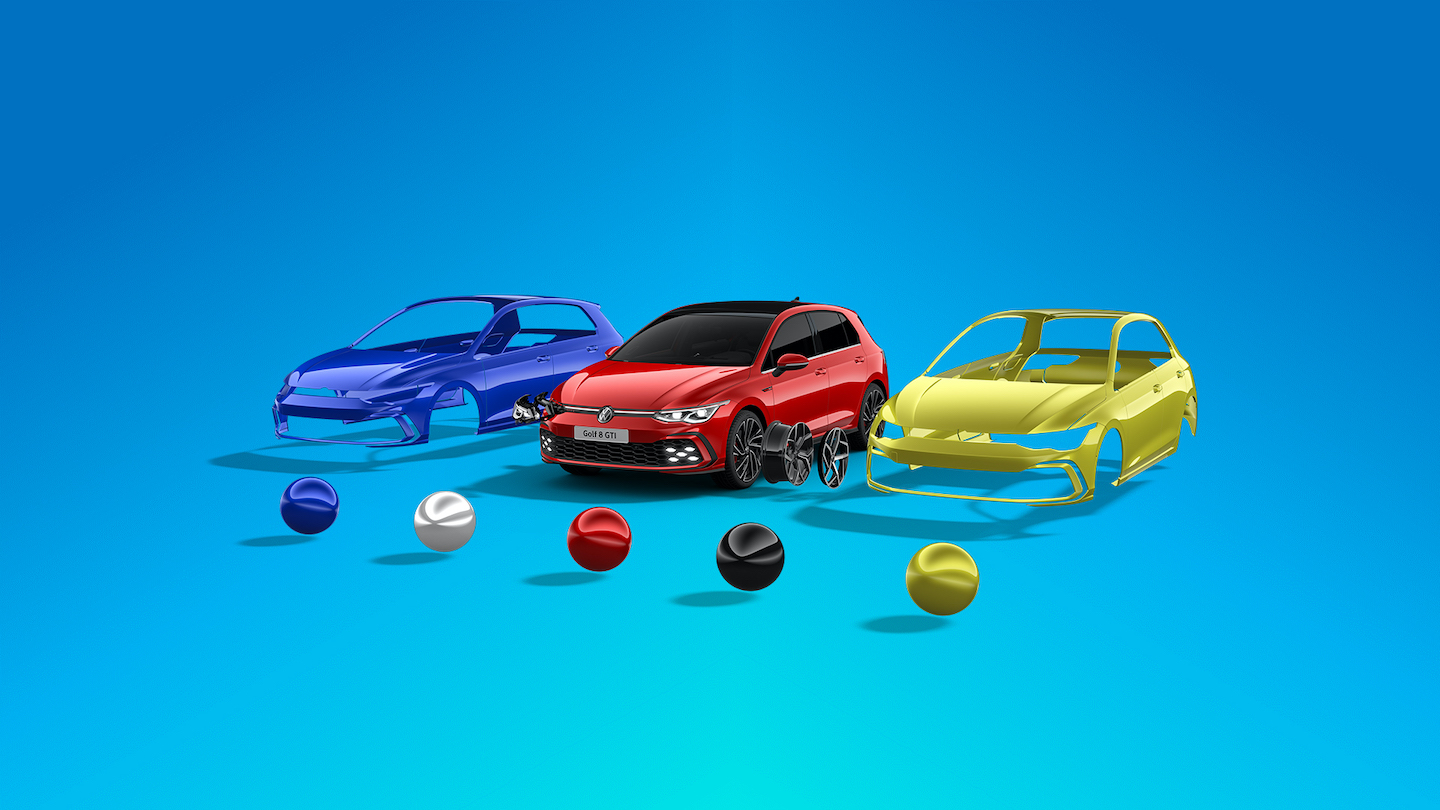 Station wagons, convertibles, and some two-door coupes will be the first to go. Expect more high-end AMG and Maybach models, and more. Many automakers...
Read more
Previous articleSpy Shots Of The 2021 Jaguar XF Sportbrake Remind Us That It’s Not Available In Canada
Next articleVolkswagen Design Boss Bischoff Hints That The Next Beetle Will Be Electric