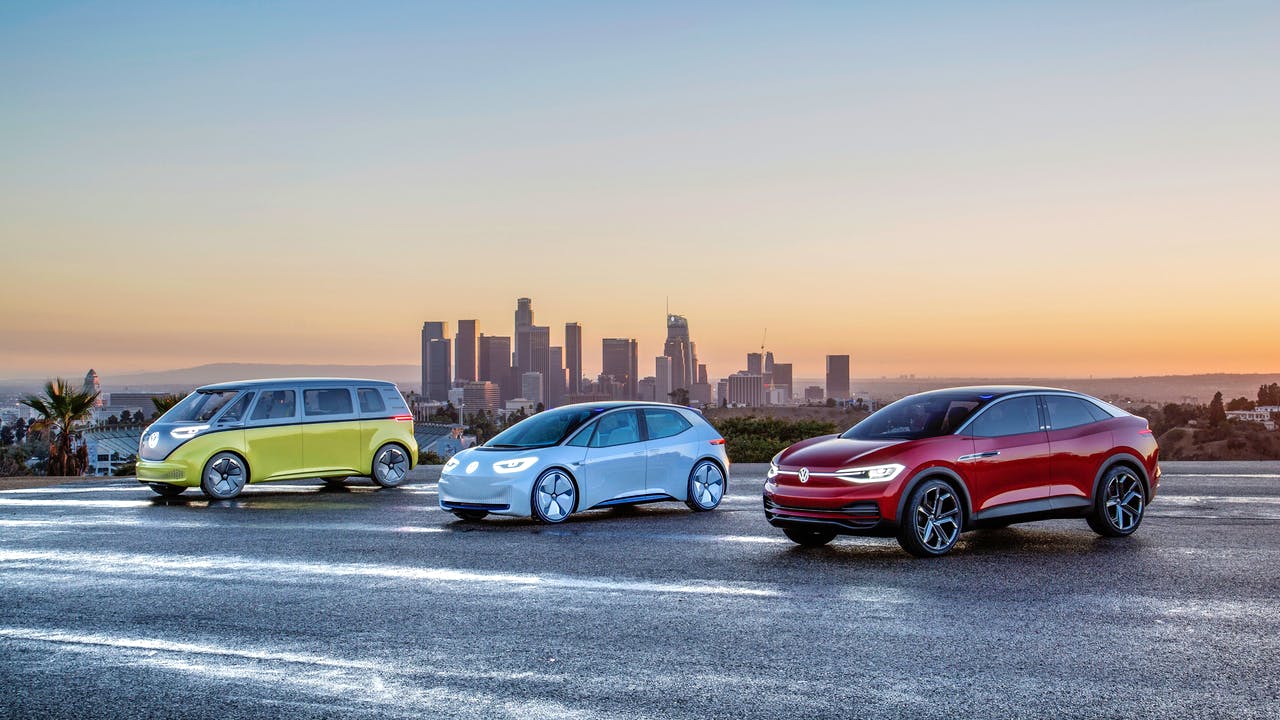 Volkswagen’s introduced a number of members of its I.D. family of EVs and the latest introduction will be a 3-row, seven-seat SUV set to be introduced in VW’s I.D. Lounge at the Shanghai auto show next month.

The as-of-yet unnamed large a 3-row, seven-seat SUV will join Volkswagen’s electric car sub-brand as of 2021 or 2022 in China and the US. It will serve as the flagship vehicle in the line-up that already consists of the uber cool Buzz microbus, Crozz and Crozz Coupe SUVs, a compact Golf-sized car (Neo?) and potentially a sedan based on the Vizzion.

The ever-increasing demand for larger SUVs will not be met solely by the Crozz and Crozz Coupe according to VW brand sales chief, Juergen Stackmann. In an interview with Automotive News Europe, he said: “Larger dimensioned versions that offer more seating capacity are in great demand at the high end of the market.”

Volkswagen Auto Group is prepping its mega onslaught of electric vehicles through the joint development of the company’s MEB and PPE modular electric platforms. We’ve seen a number of these new products at various venues including the new Audi Q4 e-tron and the very cool I.D. Buggy concept, and we admit we like them all.

In mid-January of this year, we reported that VW was thinking about building a Land Rover Defender fighter – this would certainly be aiming for the high-end of the market.

$5.5 Billion of this investment will go toward a new factory in Georgia that will only build electric vehicles. The other $3 Billion...
Read more
Previous article2019 Chevy Silverado Duramax Diesel Will Produce 460 Pound-Feet Of Torque
Next articleOne-Off Ferrari P80/C Is A Modern Sport Prototype Race Car