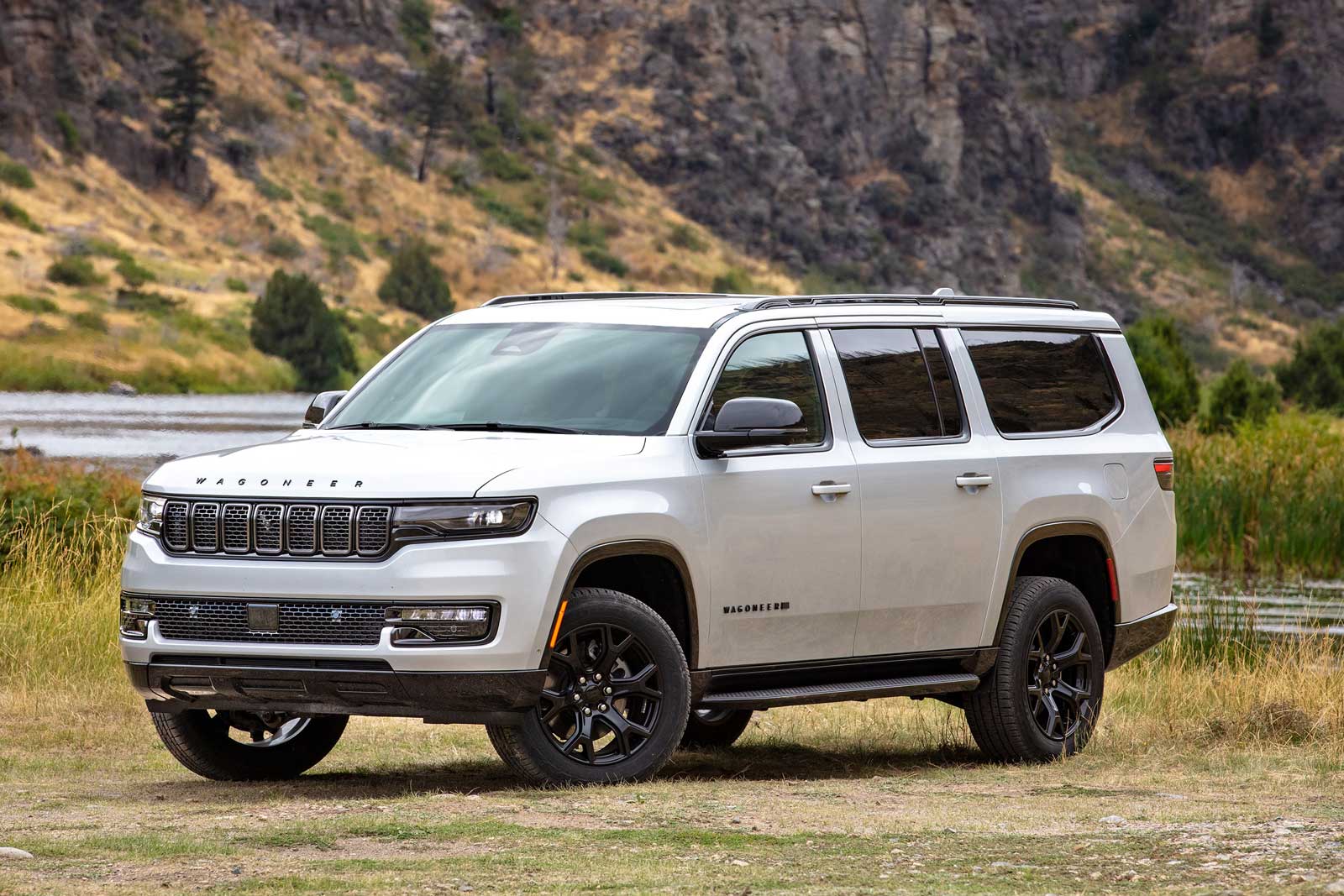 The Wagoneer brand is new for Stellantis, although some people, including us, may still consider these SUVs as part of the Jeep brand lineup. Hey, they even look like Jeeps.

Brand strategy aside, these full-size behemoths are new additions to a vehicle segment traditionally dominated by GM and Ford, and in which some other automakers compete, such as Toyota and Nissan. Here’s what to expect from the Wagoneer brand in 2023. 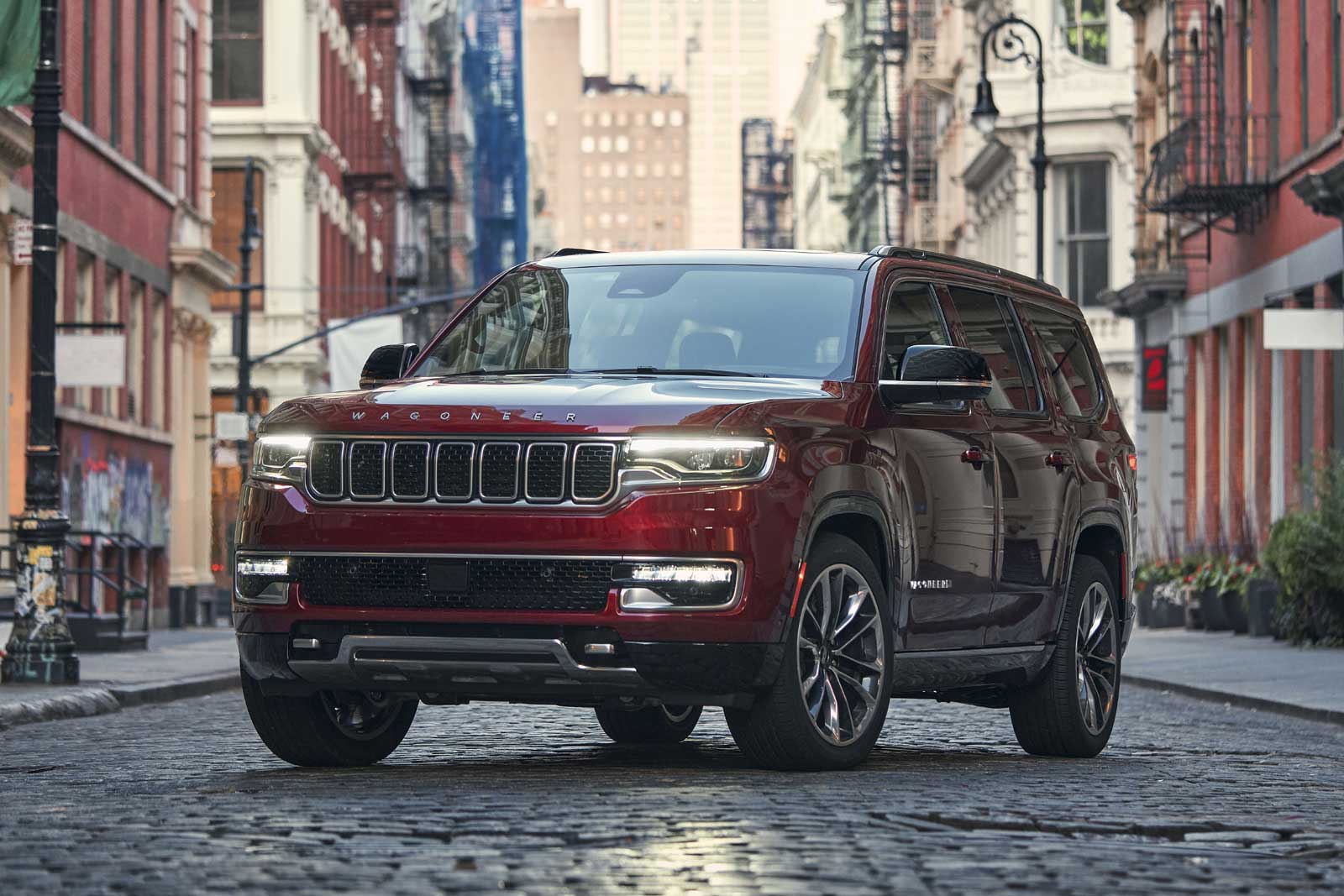 Yes, we know, the Wagoneer full-size SUV is are part of a separate sub-brand instead of being a Jeep-badged product, but for now, we’ll consider it as part of the lineup. It looks like a Jeep anyway. While the base Wagoneer gets the 392-horsepower 5.7L V8 engine, the Series II and Series III trims are now equipped with a new twin-turbo 3.0L I6, dubbed Hurricane, which develops 420 horsepower and 468 pound-feet of torque.

There’s a new Carbide Package which was introduced later in the 2022 model year that adds black accenting, 20- or 22-inch wheels as well as select comfort and convenience features. The 2023 model year also marks the arrival of the Wagoneer L, which boasts a seven-inch longer wheelbase and an additional 12 inches for overall length, and is equipped as standard with the 420-horsepower Hurricane I6 engine. Properly equipped, the Wagoneer can tow up to 10,000 pounds. 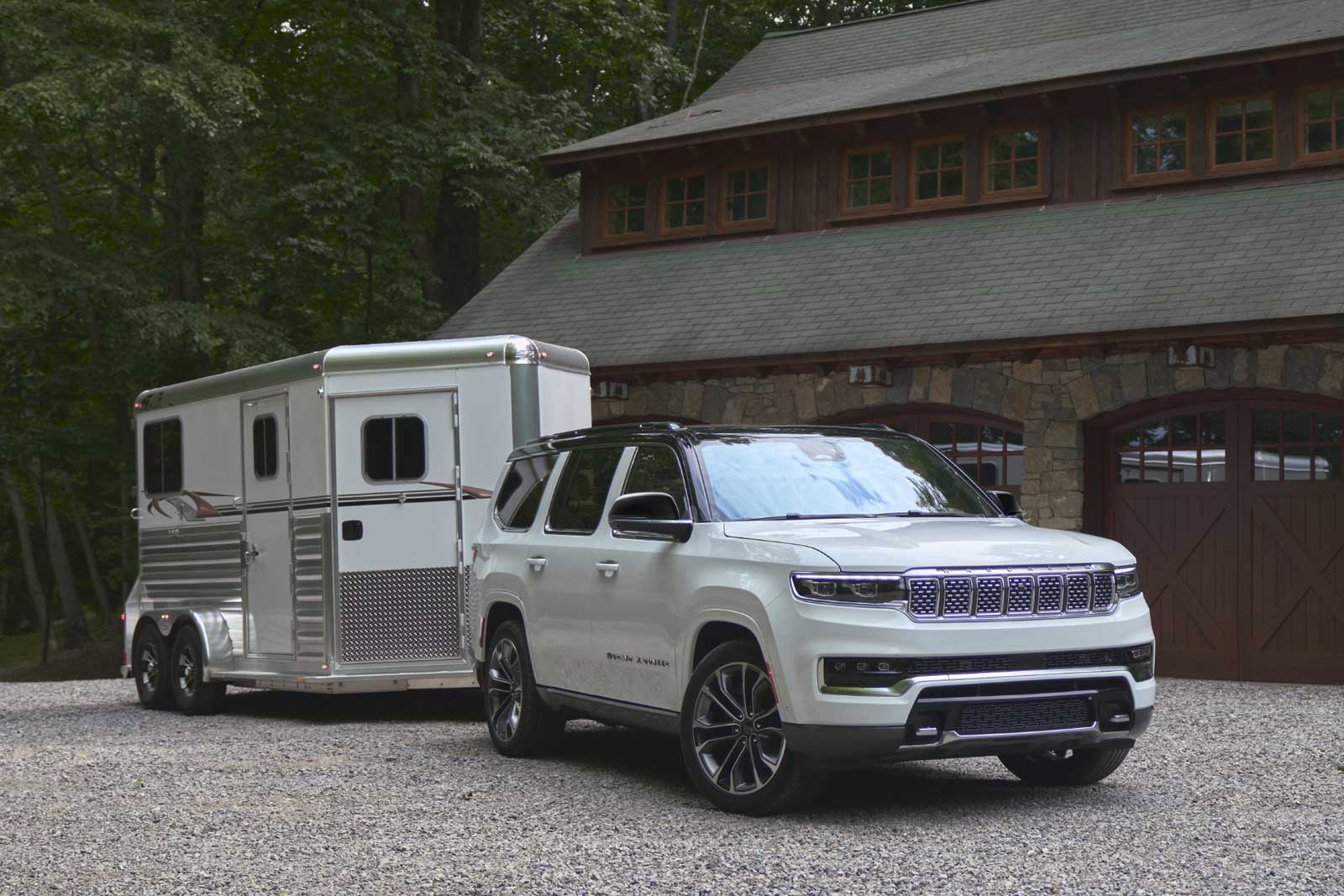 A posher full-size SUV, the Grand Wagoneer rolls into 2023 in regular- and extended-wheelbase configurations, the latter boasting more rear-seat space and increased cargo volume. The base Grand Wagoneer keeps last year’s 6.4L V8 with 471 horsepower, while Series II, Series III and all Grand Wagoneer L variants get a high-output tune of the twin-turbo 3.0L I6, which belts out 510 horsepower and 500 pound-feet of torque. Stellantis claims this new engine is more fuel-efficient than the V8 lumps it replaces, in addition to being more powerful. It’s worth noting that a small number of 2022MY Grand Wagoneer units were made available with the Hurricane engine.

Otherwise, the Obsidian Package that was previously optional on Series II is now available on Series III, which enhances the SUV’s look with Piano Black exterior and interior accents as well as 22-inch polished wheels, among other things. Also, eight-passenger seating with a 60/40-split second-row bench is standard on the base Grand Wagoneer and Series II, while second-row captain chairs are optional, and standard on the Series III.

Patrick Nadeau, From Disraeli (QC), drove from his home to Mexico and back. His car is a Hyundai IONIQ 5 Long Range RWD. ...
Read more
Previous articleTesla Ups Discounts for Buyers in Canada and U.S.+
Next articleThe Canadian Minister of Transport Wants Electrified Vehicles to Make Noise